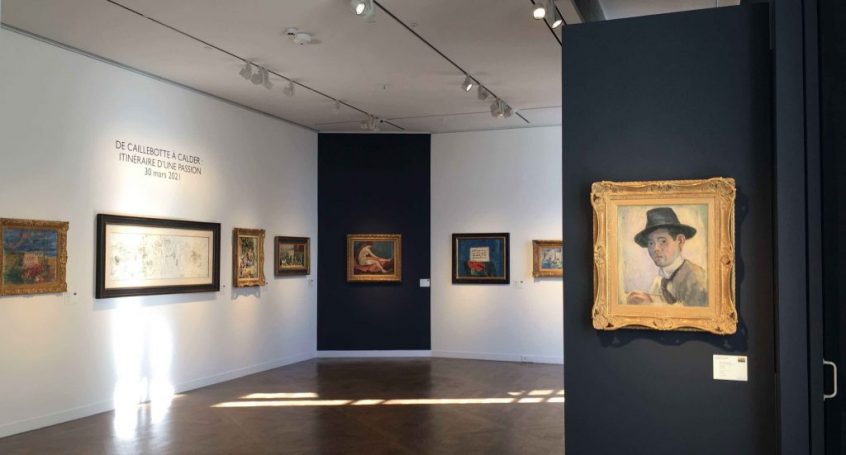 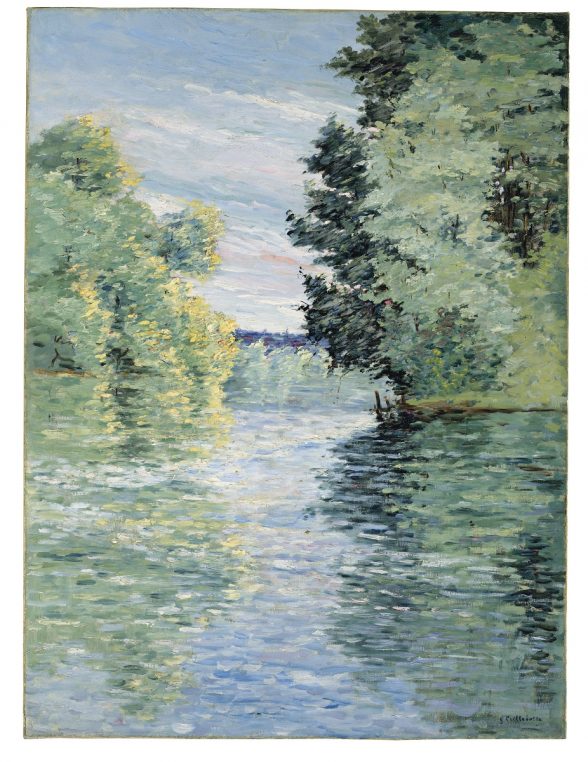 You have until this afternoon (Tuesday 30) at 4 pm to see the spectacular private collection of  “From Caillebotte to Calder“, constituted by a successful Parisian over the last forty years and auctioned at 5 pm at Christie’s by Cécile Verdier. I was very surprised to discover a few musical Dufy very similar to those exhibited at Musée de Montmartre in the magnificent “Dufy’s Paris” show which is waiting to open. But also to find a remarkable Caillebotte, “Le Petit bras de la Seine à Argenteuil” estimated at 800 000 to 1 200 000€ and promised to the future exhibition in Martigny in June. There are many Montmartre scenes by Maurice Utrillo, abstract paintings by Poliakoff, and two ravishing Schuffenecker, 70 lots altogether in this sale and more by Sanyu and Poliakoff,  later in April and in June. 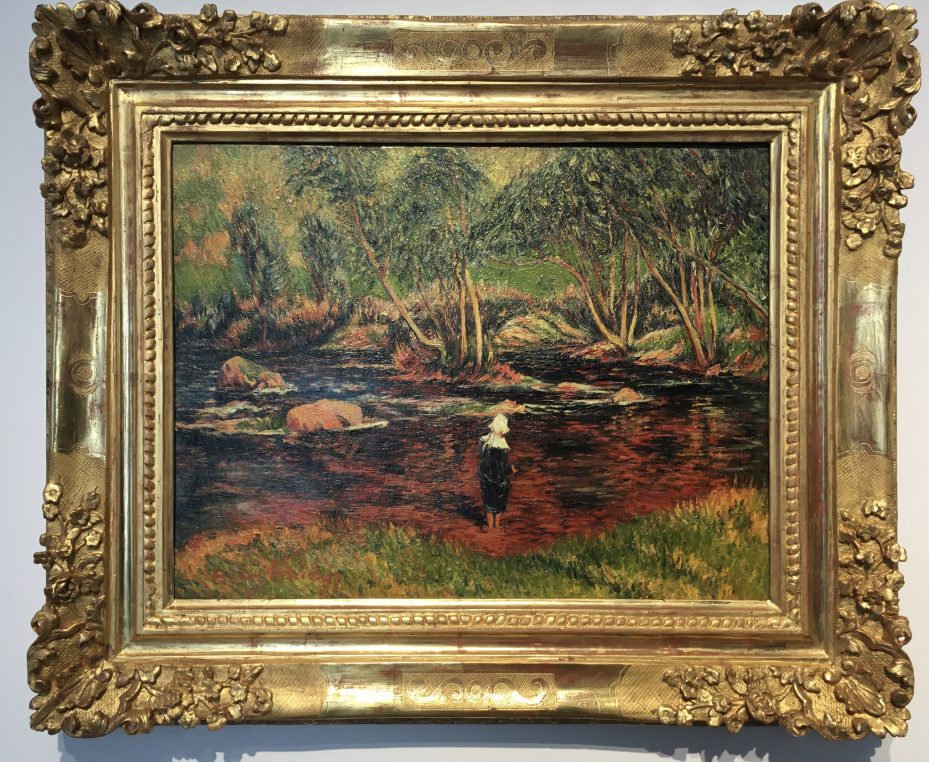 What I particularly liked in the collection is the variety of painters with one common quality, color and light. The snowy landscapes by Schuffenecker are full of pinks and blues, Maurice de Vlaminck‘s portrait  “Le Chapeau à Plumes” (hat with feathers) shows a red necklace and matching lips, Soutine, Friesz and numerous (8) Dufy all explode with color. I was happy to find Armand Guillaumin‘s two excellent views of “Crozant” and “Confluent de la Seine et de la Marne in Ivry” with, again, spectacular colors. 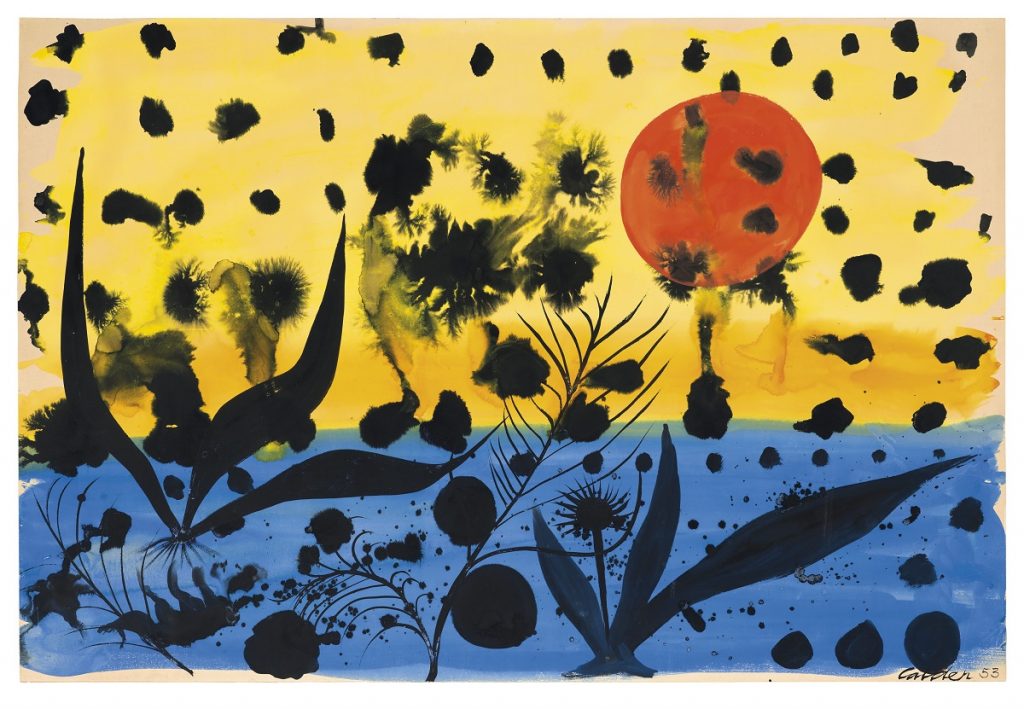 The intriguing secret collector says he is a lover of Paris and admits to having followed Serge Poliakoff’s advice in collecting instinctively with “coups de coeur” and emotion. From Impressionism to Ecole de Paris, he was attracted by the Cobra movement, but also by Calder, and all kinds of views of Paris including a drawing by Vieira da Silva  and paintings by Maximilien Luce. The two studies for “La Moisson” by Henri Martin are very moving for the hard work they represent. The real size fresco “Allegory of Agriculture” is at the Conseil d’Etat in the main Assembly room. A surprising “Aïcha with the yellow cloth” by Majorelle, 1952,  is unique and estimated at 100 000- 150 000€. 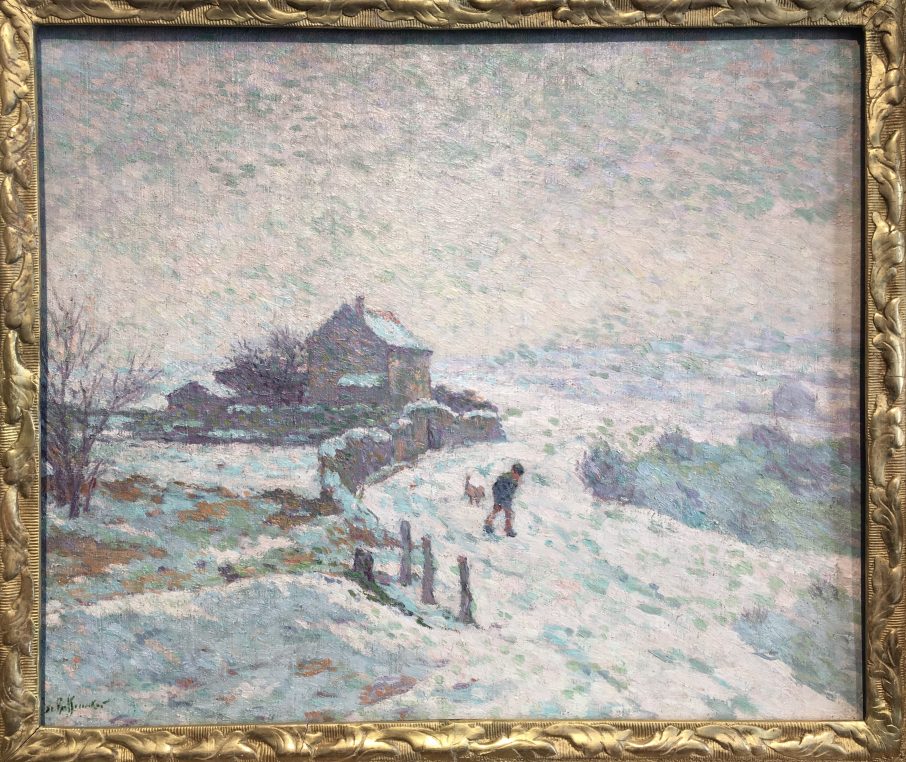 If you have time to go to Christie’s today on avenue Matignon, do and you will feel like having visited a grand exhibition… And make sure to read the catalog which is extremely well edited with great biographies of the artists and a text by the collector. Three of the Dufys are twins of paintings shown in the exhibition at Musée de Montmartre, a self portrait of 1904, a “Grand orchestra” and the 1946 “Red Violin on a blue background”. 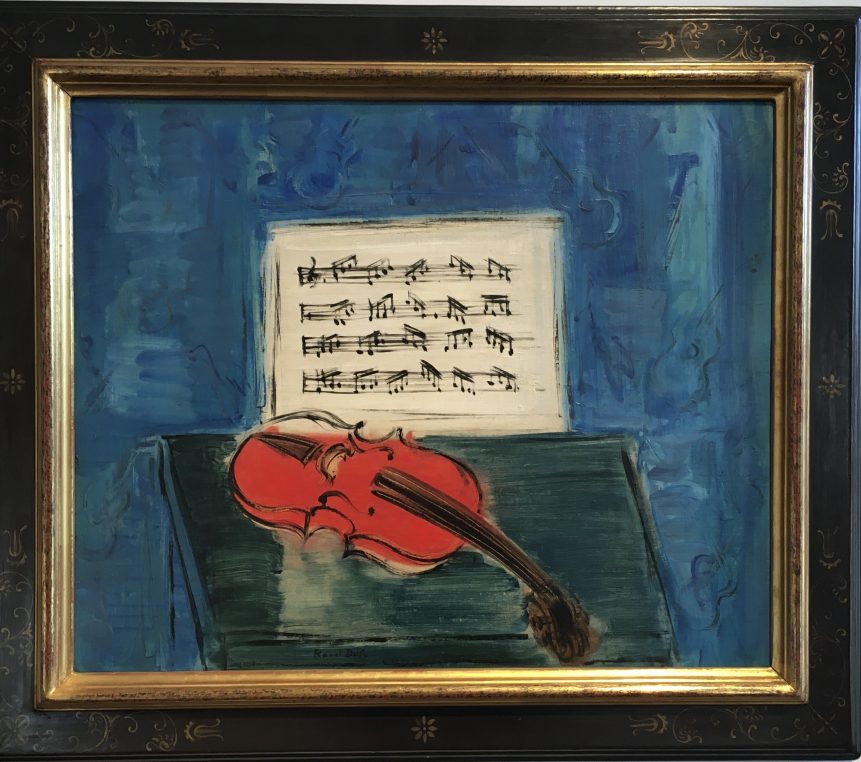 4 Comments on “Last minute, at Christie’s…for a great sale”