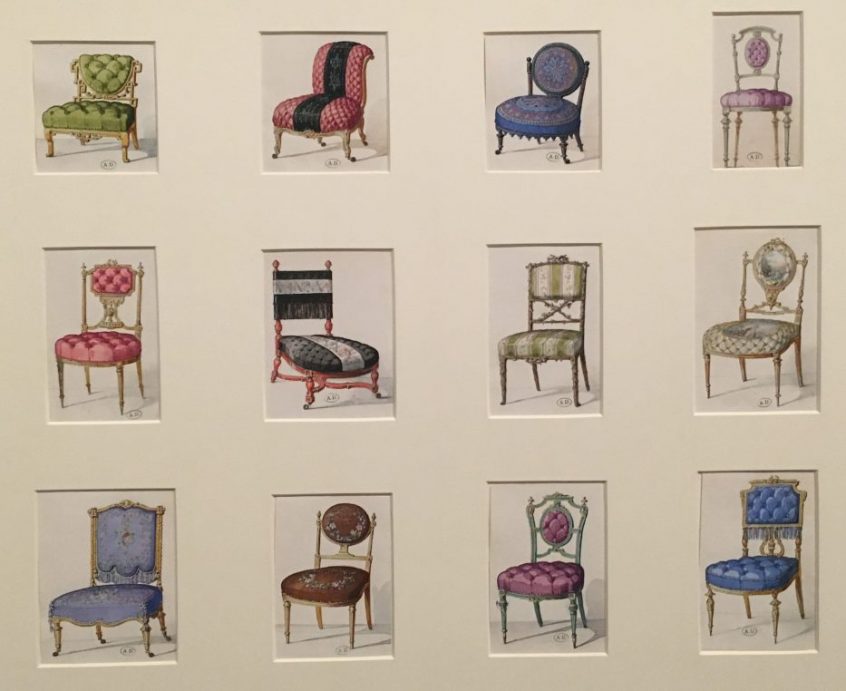 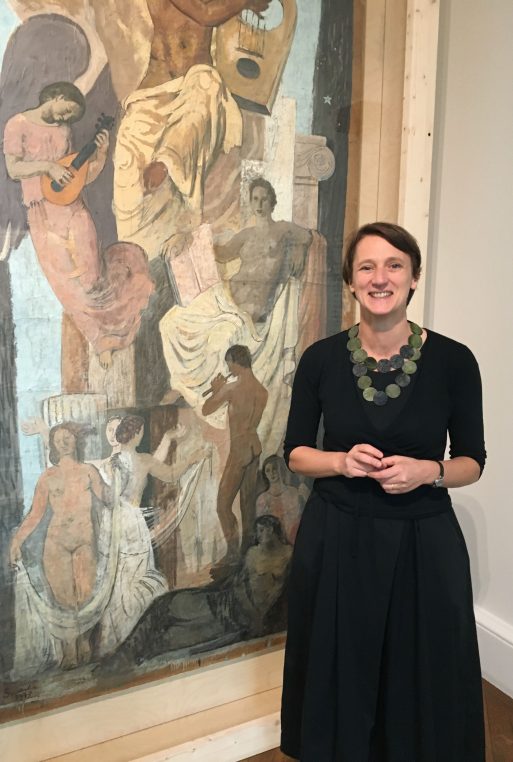 Bénédicte Gady, curator of the show, in front of Jean Souverbie’s model for the staircase of Théâtre National de Chaillot, 1937

When Bénédicte Gady, head of graphic arts at MAD, announced two years ago that they were opening up the department of drawings to the public, a small group of collectors congratulated her politely just before Salon du Dessin. At the time, the Getty Foundation offered to pay for a full time researcher, Sarah Catala, to help her. Today, with the determination of Olivier Gabet, director of MAD, this has become a reality. Partly thanks to the generosity of a few drawing lovers who paid for the restoration of the large works, the show “Le Dessin sans réserve” (Drawing limits), has just opened quietly at the museum and she was nice enough to take me around, pointing to the most important discoveries that were made in the collection of 200 000 documents. Yes, two hundred thousand, can you believe it? This is more than the Louvre and Orsay together… and most of them had never been shown to the public. 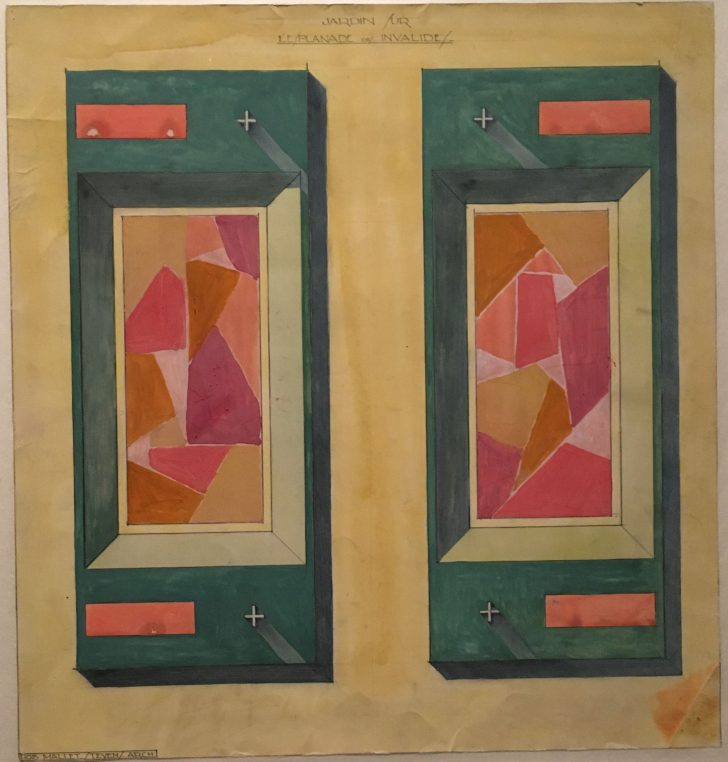 Of course some of these are just projects or series of preliminary decorative plans. But still! between the fashion documents, the design and garden drawings, the fabrics, the decors,  the jewels, the furniture, and the classical drawings, there is a wide choice and you will find the exhibition very surprising and full of color. From very early Afghan treasures to Ingres, from Japanese Katagamis (cut papers) to turn-of-the century landscapes by Henri Rivière, from São Schlumberger‘s drawing room by Alexandre Serebriakoff to Charles Genty‘s beautiful pastels of famous artists, there is enough to please everyone. 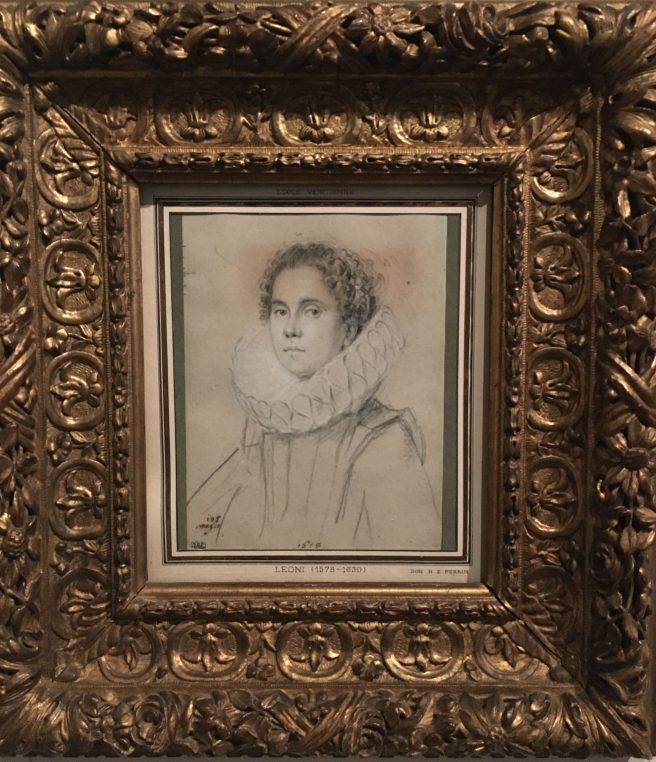 The exhibition is not chronological but alphabetical which allows a lot of originality in the mixing of works. A for Architecture includes Robert Mallet Stevens and Emilio Terry but also Renaissance architect Jacques Androuet du Cerceau. D for Decor shows newly identified Charles le Brun and Charles de La Fosse studies for a ceiling. Pierre Chareau, whose office for a French Embassy is in the museum, is present with a few beautiful drawings. 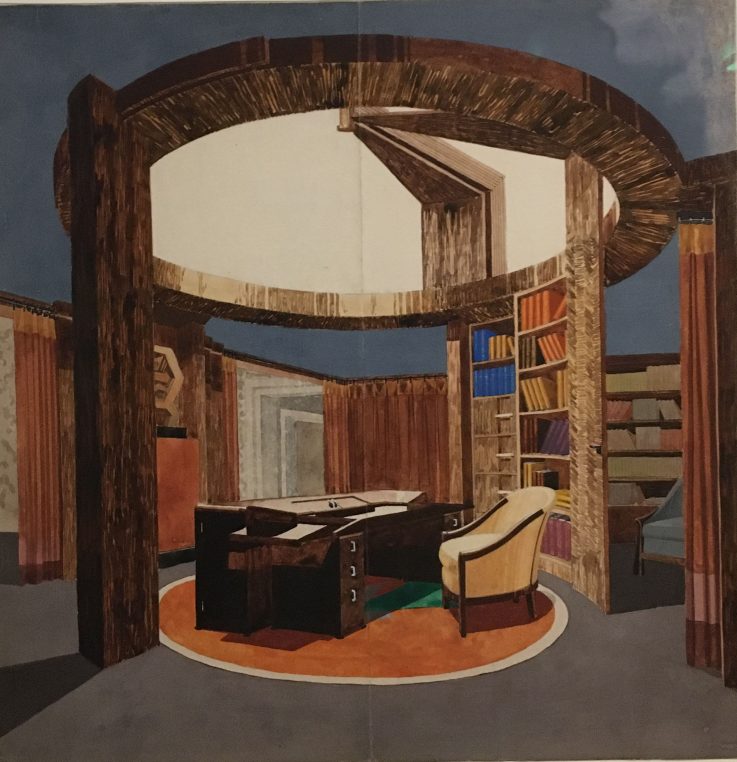 There is a magnificent dark room with Japanese Katagamis (stencils), used to dye fabrics before the Meiji period. After new dying techniques were invented, these were sold to European artists and became a major inspiration from 1890 onwards.

The Katagami collection is tantalizing

A very rare painting and calligraphy realized in 1430 in Afghanistan, “Humay meets Humayun in a dream”,  represents the large collection of non European works of the collection. It was bought in 1887 and it is sometimes called “the Mona Lisa of Islamic art”. There are a few examples of embroidered fabrics with their preliminary drawings and many projects for jewelry from the 1920’s as well as an incredible life-size study for a horse by Albert Besnard (1883). 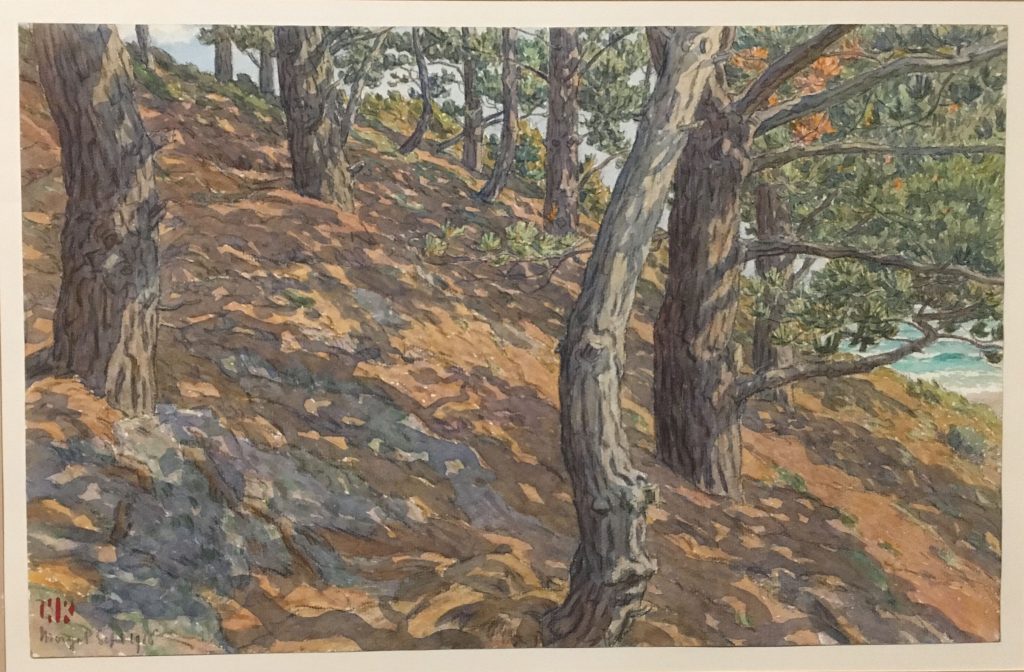 The exhibition presents six centuries of drawings, from collages to prints, from preliminary  studies to perfect chefs d’oeuvres. Bénédicte Gady has managed to show how extraordinarily versatile works on paper can be, and what a profusion of talent is contained in this unique collection. “Le dessin sans réserve”  includes audacity and originality, poetry, avant-gardism and mostly a huge diversity. This great dig into the reserves of the museum has brought forward major works which were rolled up anonymously and wonderful surprises for the curators and for the public. 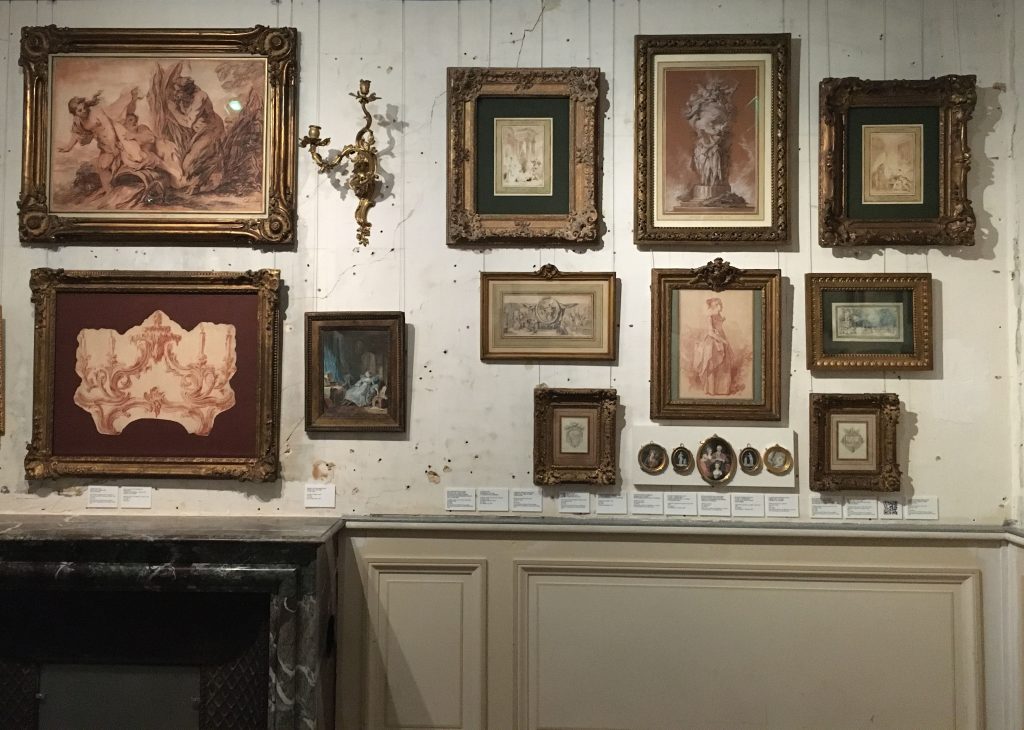 Fragonard, Boucher, are well represented in the 18 th century room.

Don’t miss this show which brings to light so many unknown (to me at least) brilliant works. MAD, until January 31, 2021.

2 Comments on “At MAD, an explosion of drawings”