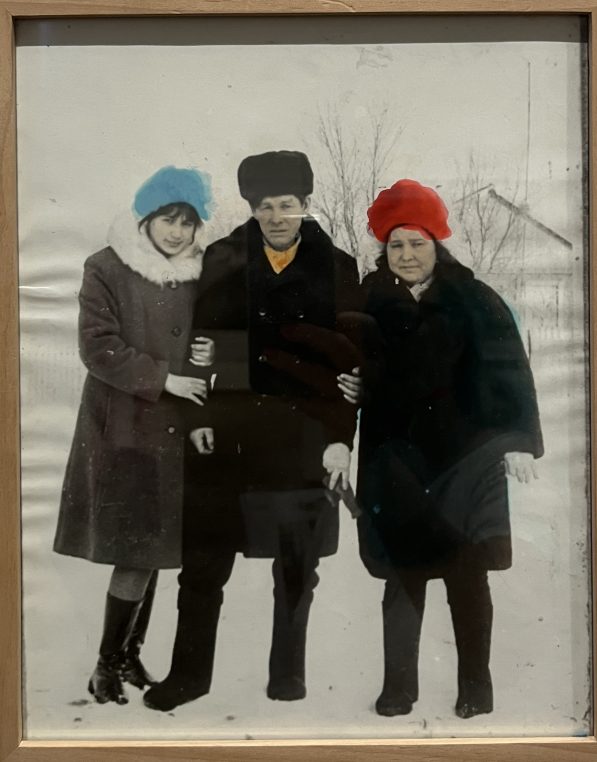 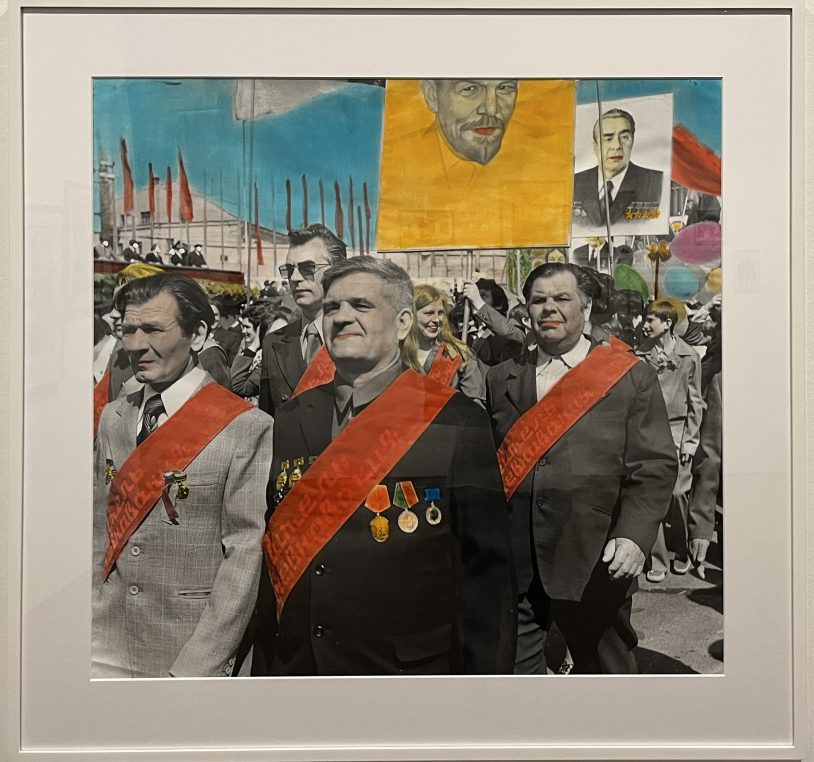 Born in 1938, in Kharkiv, photographer Boris Mikhaïlov is considered as one of the most influential Eastern European artist today. The fact that he is Ukrainian obviously adds a dramatic note to the exhibition “Ukrainian Journal” curated by Laurie Hurwitz at MEP (Maison europécnne de la photo) until January 15. For the last fifty years he has documented the collapse of the USSR and its consequences on his own country. And he has turned these documentary pictures into conceptual art using colorization, overimpressions and text. The effect is tantalizing. 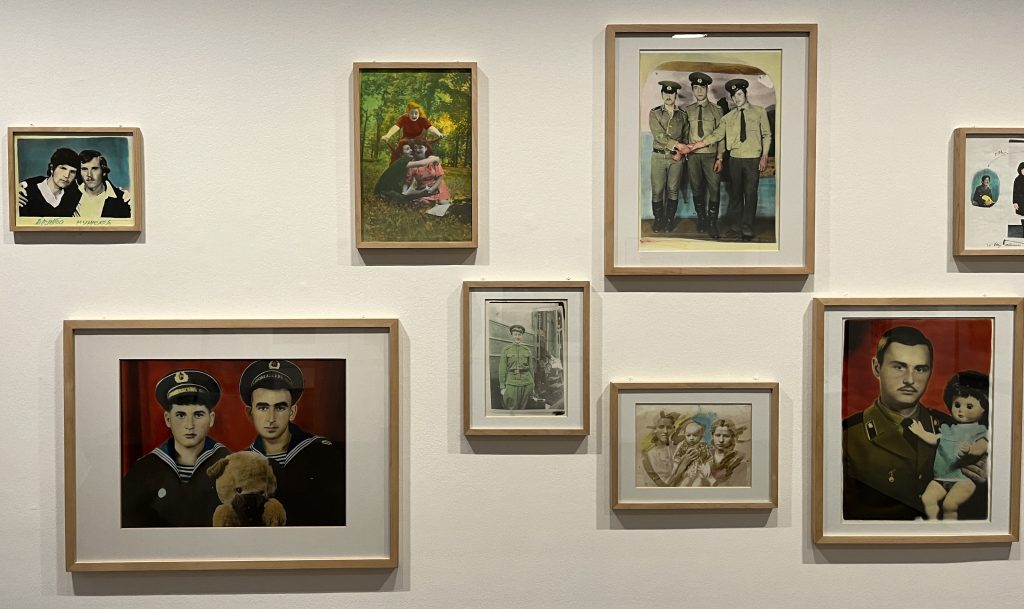 Twenty different series, some which have never been showing France, show the evolution of his art from the 1960’s commercial portraits and wedding pictures, to his “Sandwich” pictures which resulted from the super imposition of two prints. His Black Archive is focused on black and white shots of Kharkiv’s inhabitants, “Dance 1978” shows odd ordinary couples dancing in the open with their coats and hats. “Unfinished Dissertation, 1984”, “Red 1965-1978” with mostly red photos, “At Dusk” is a series of blue cobalt prints in 1993, after the fall of the USSR. “Blue embodies for me the color of the blockade, of famine and of war” he declared at the time.

“I am not I” self portraits, the naked artist plays the role of anti hero

ANotehr series of Salt lake show again ordinary people, bathing  in the summer of 1986. I tis followed by “Crimean Snobbism” where he portrays his friends as a would be “European Jeunesse dorée”.  Pieces of his diary are also presents here in a very moving show where history is told though vivid images. 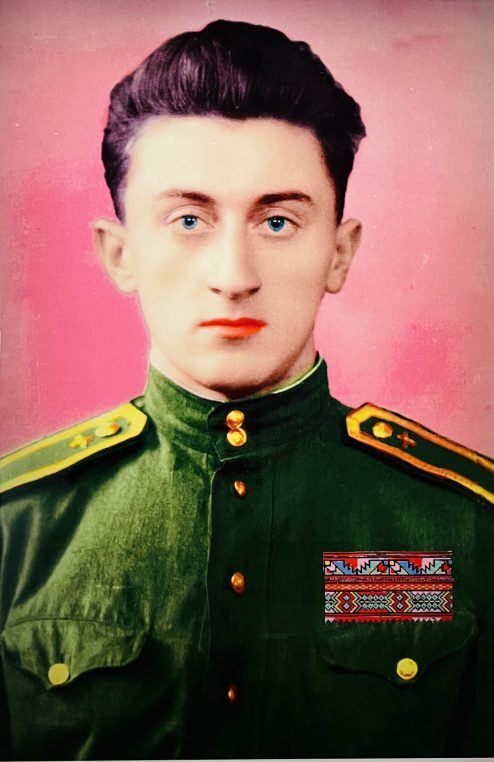