This new exhibition “Power and Prestige, the Art of clubs in the Pacific ” comes from one man, Steven Hooper, a Cambridge graduate, who since 1977, is a specialist of Oceanian arts and catalogued his grandfather’s James Hooper‘s collection of clubs (massues in French) in the 1970’s. Unlike his grandfather who collected but never travelled, he spent extensive lengths of time in the Fidji islands and elsewhere in the Pacific which he considers the most varied zone in the world. He is now curator at the Sainsbury research Unit of the Arts of Africa, Oceania and the Americas at the University of East Anglia. He has also published  the “Robert and Lisa Sainsbury Collection” in three volumes in 1997. The co-curator of the show Stéphanie Leclerc-Caffarel was one of his students at East Anglia. She is now in charge of Oceanian collections at the museum. The collection was presented in Venice by Fondazione Giancarlo Ligabue at Palazzo Cavalli-Franchetti, last winter and the British museum lent 26 pieces. This is the first large show dedicated to clubs from the Pacific. 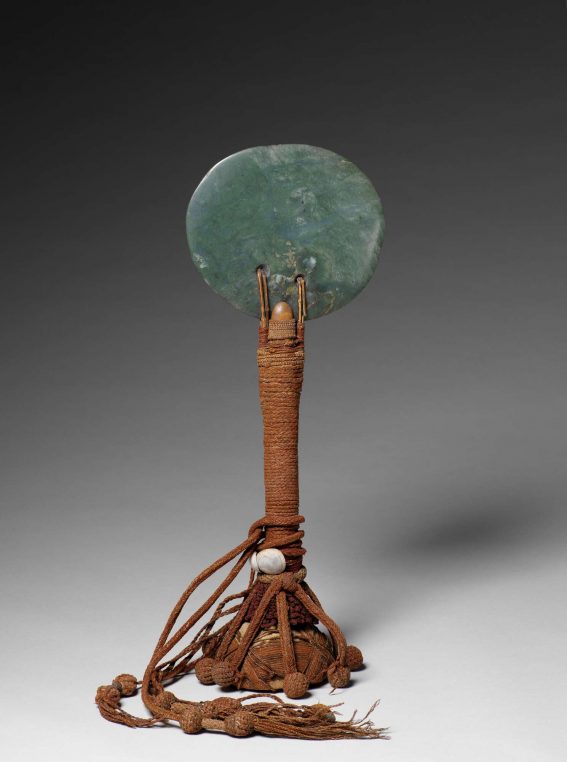 While Hooper’s grand father’s interests were concentrated on the ethnological aspect of the objects, he is definitely emphasizing the esthetics of each club. And he did not hesitate, in his presentation, to compare them to Modigliani and Giacometti. These 138 elaborate artifacts were the symbol of divine authority and are made in many different woods with colors ranging from pale to very dark. They are classified in three categories for the show:cultural, social and historical. 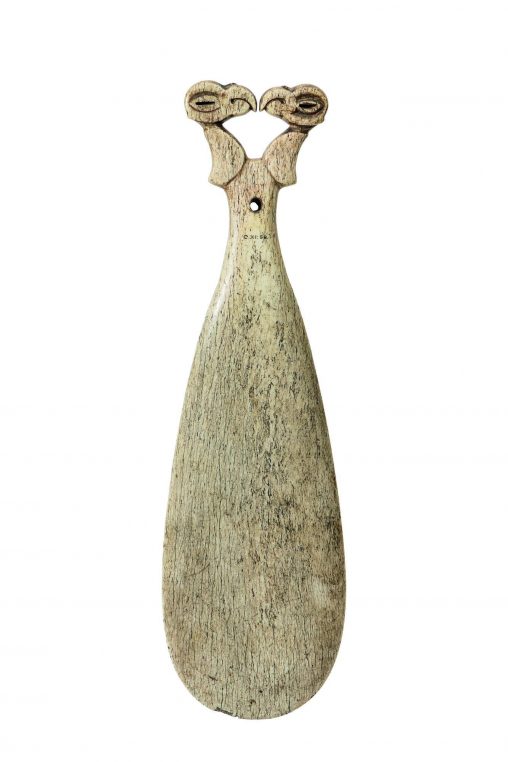 One club, Cali,  is exceptional for the shells it is decorated with. It come from Fidji and belongs to the National Museum  of Scotland. Another one Siriti, is the largest (1 m 52) and heaviest (9 kgs) and probably only had a ceremonial part. Others also used in ceremonies were very light dance accessories. One from Vanuatu was used for knocking down pigs. Others like the Paeho were mourning weapons in Tahiti, while the Taiga in New Zealand were pure theatrical weapons. In Vanuatu some clubs were the symbol of your military rank and were linked to spiritual and divine powers.

XVIII th century swords from Palaos or axes from New Caledonia are elaborately decorated with stones or shells. The variety of decors and sculpture is infinite and each piece is a masterpiece. Since 950 ad, travelers from Same colonise other islands in Polynesia including the Marquises. A century later they travel to South America. In 1520, Marella makes the first European trip in the Pacific. In the XIX th century, the islands are colonized by the Europeans  and the Americans. Only the Tongas islands are never colonized.

Do not miss this show “Pouvoir et Prestige, Art desMassues du Pacifique” which is on until September 25, at Musée du Quai Branly Jacques Chirac