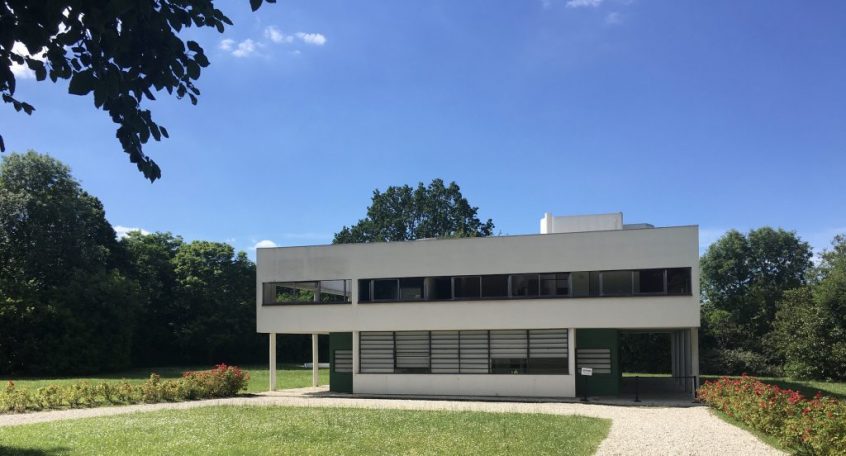 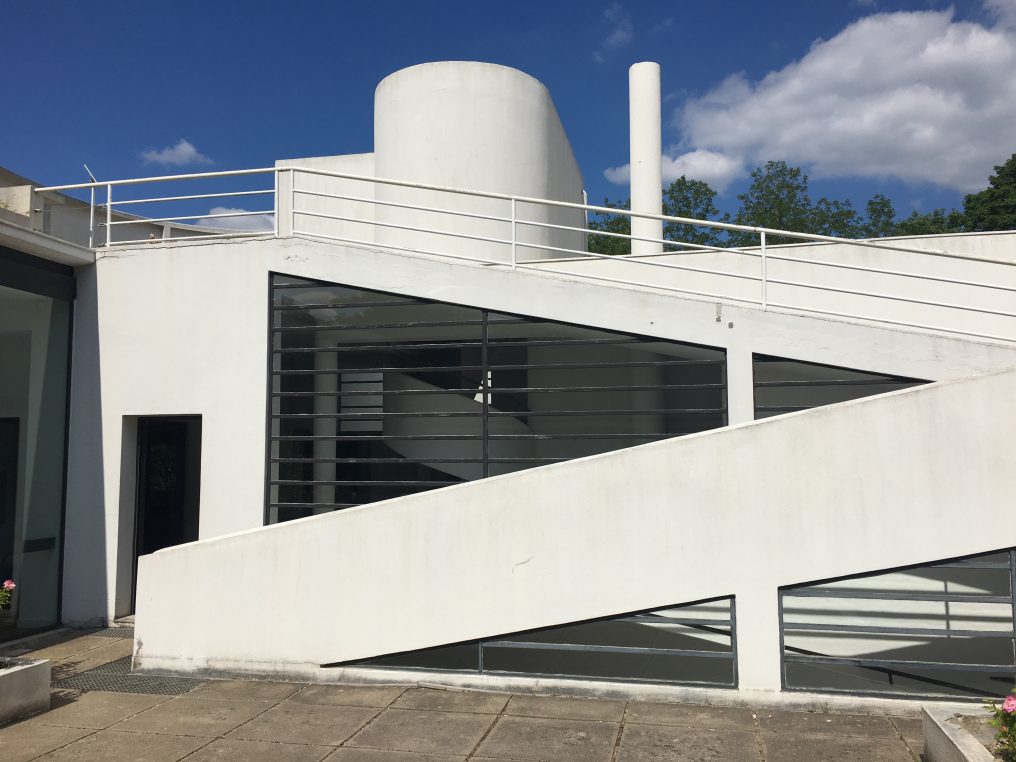 If, like me, you have long wanted to visit Le Corbusier’s Villa Savoye in Poissy near Paris, but never took yourself to doing it! you now have a good excuse: to see the pieces of modern future lent by Mobilier national. The famous house feels a little bit more lived in thanks to these “young visitors” and its worn out walls and terraces suddenly make sense. I spotted a lovely rocking chair by Richard Peduzzi, folding armchairs by Peter Toby Schummer and a very pleasing lounge chair made in 1968 by Pierre Paulin. And of course the series of chairs produced by Cassina which are replicas of Le Corbusier, Jeanneret and Charlotte Perriand’s swivel chair, sling chair and sofas from 1928. 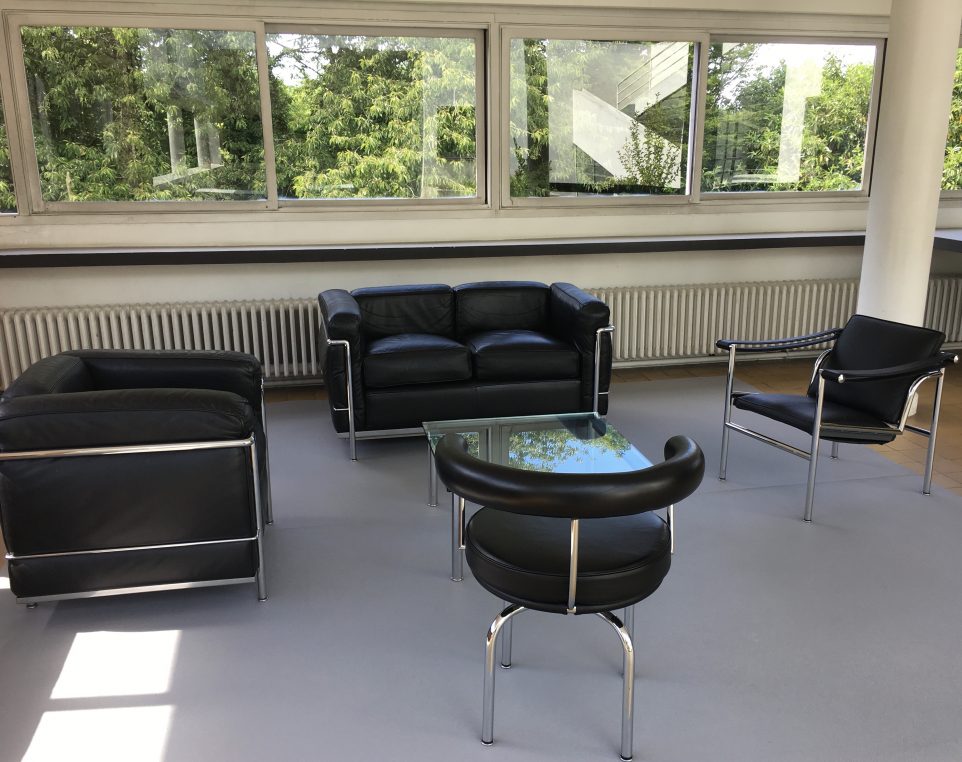 Le Corbusier, Jeanneret and Charlotte Perriand’s chairs are now made by Cassina

The week end house designed for the Savoye family was built between 1928 and 1931 and christened “Les Heures Claires” (the clear hours). It was so important for the history of architecture that it was listed in Le Corbusier’s life time (1887-1965). The architect called it an architectural walk with hardly any frontier between outside and inside. “The house is set on the lawn like an object”.  All the openings and the symmetry of the façades mean that there is no front nor back to the house. 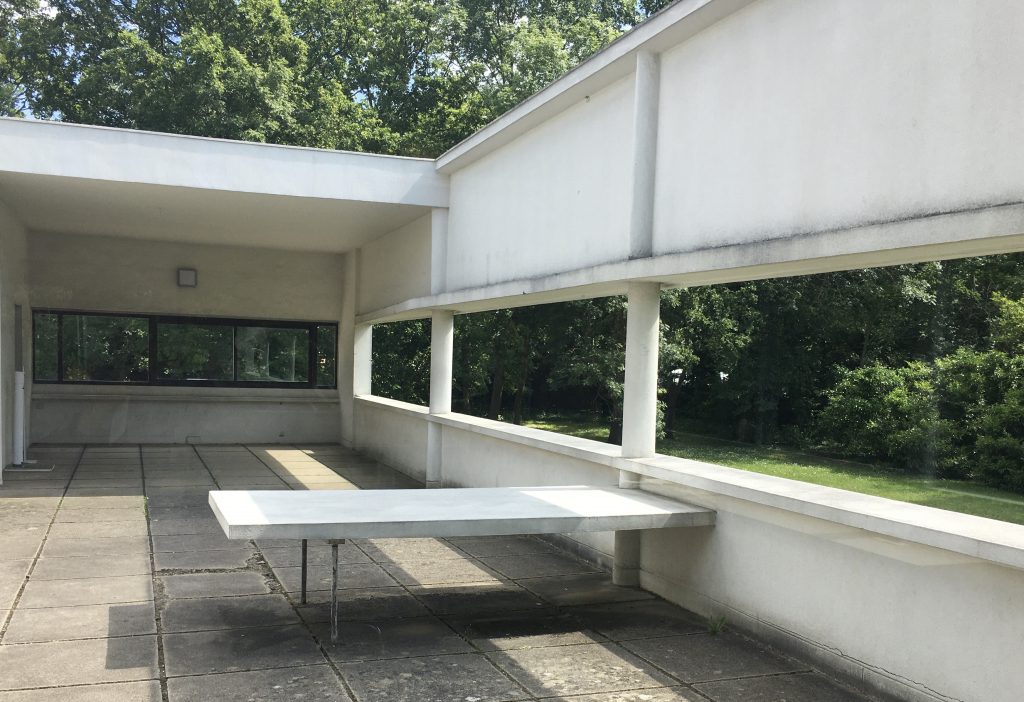 The house is built on pilotis and is considered as “a box of air lying on the grass”. The terraces are flat and made into roof gardens. Built in reinforced concrete, it leaves large spaces between the pillars allowing larger volumes. The facades are designed as frames for the landscape, with long windows which bring light and transparency. 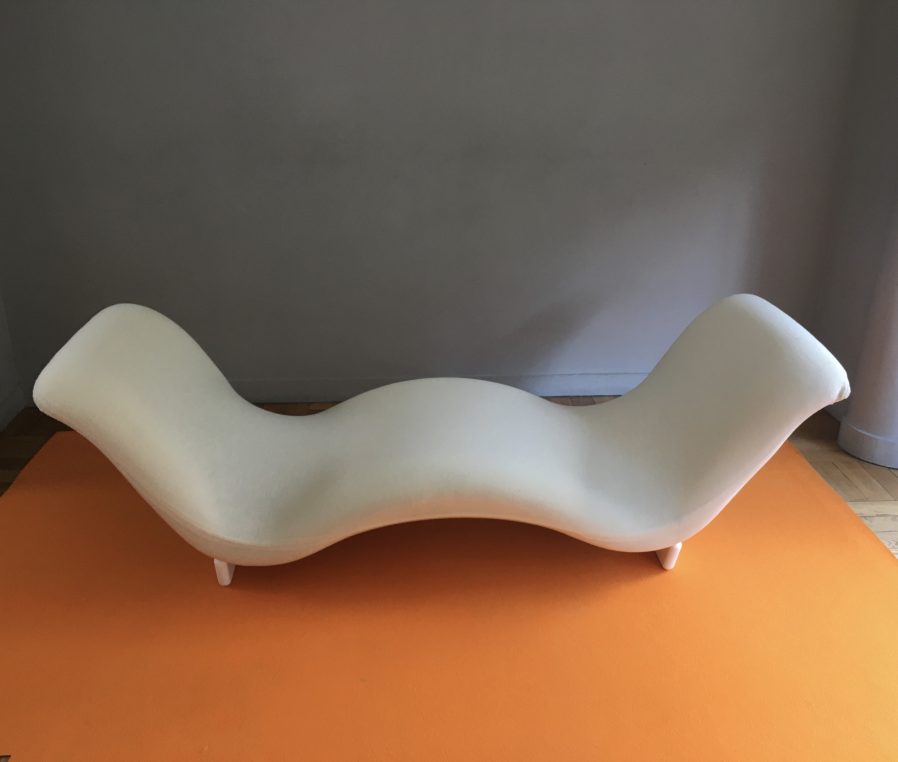 It does not take long to visit the whole house which is slightly gloomy. The painting and the concrete could be freshened up  but I was there alone with a Japanese student who seemed so moved by the architecture that I understood how important it was for most visitors to actually touch and walk around a Le Corbusier building. 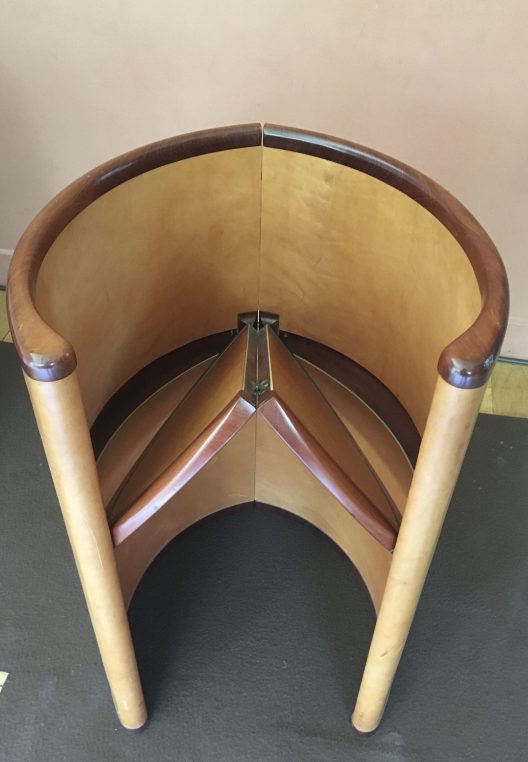 This exhibition is organized by ARC, Atelier de Recherche et de création, which works with famous designers to create contemporary  furniture. Today twelve technicians work at ARC in the wood and metal sections. Their productions are used to furnish ministries and public institutions though the Mobilier National which was founded by Colbert. 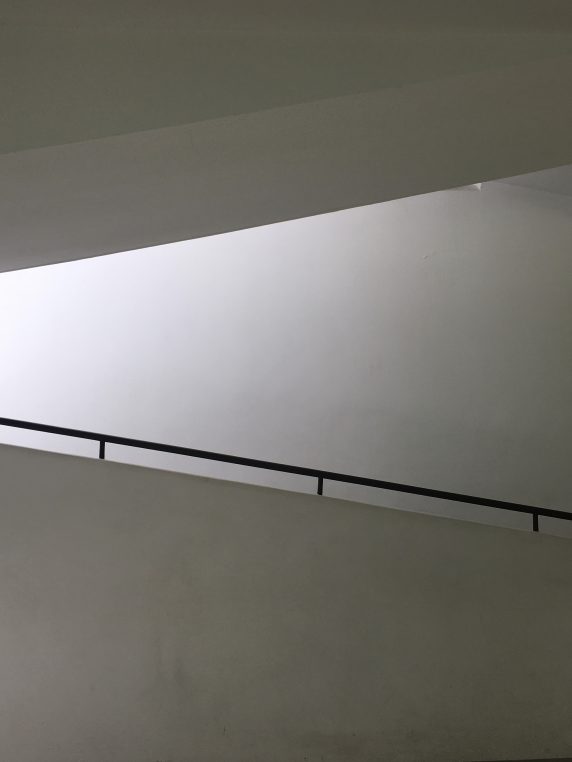 The atmosphere within the house is quite magical.

If you are in the area of Poissy or on the way to Normandy, do stop by to visit this relic of Le Corbusier’s talent. The surroundings are overly built and the town itself is not fascinating but I really enjoyed the visit. (Furniture exhibition until September 26). 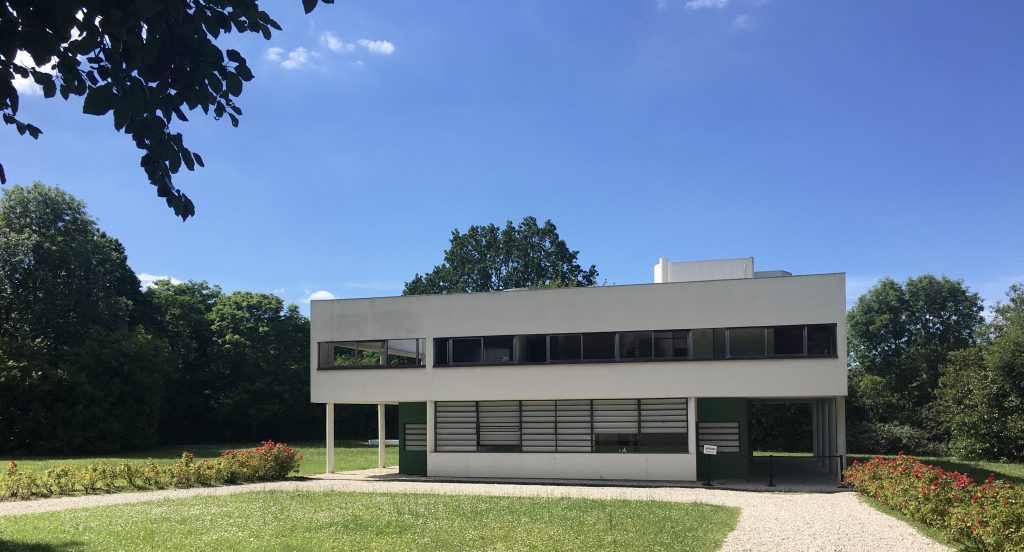 The Villa Savoye in Poissy, is 45 mns from Paris by car or by train from Gare Saint Lazare

5 Comments on “At Villa Savoye, furniture is exhibited by Mobilier National”