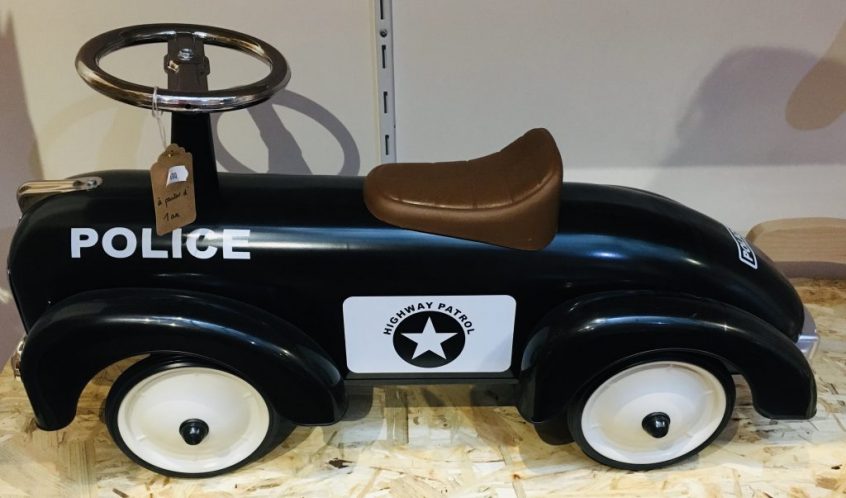 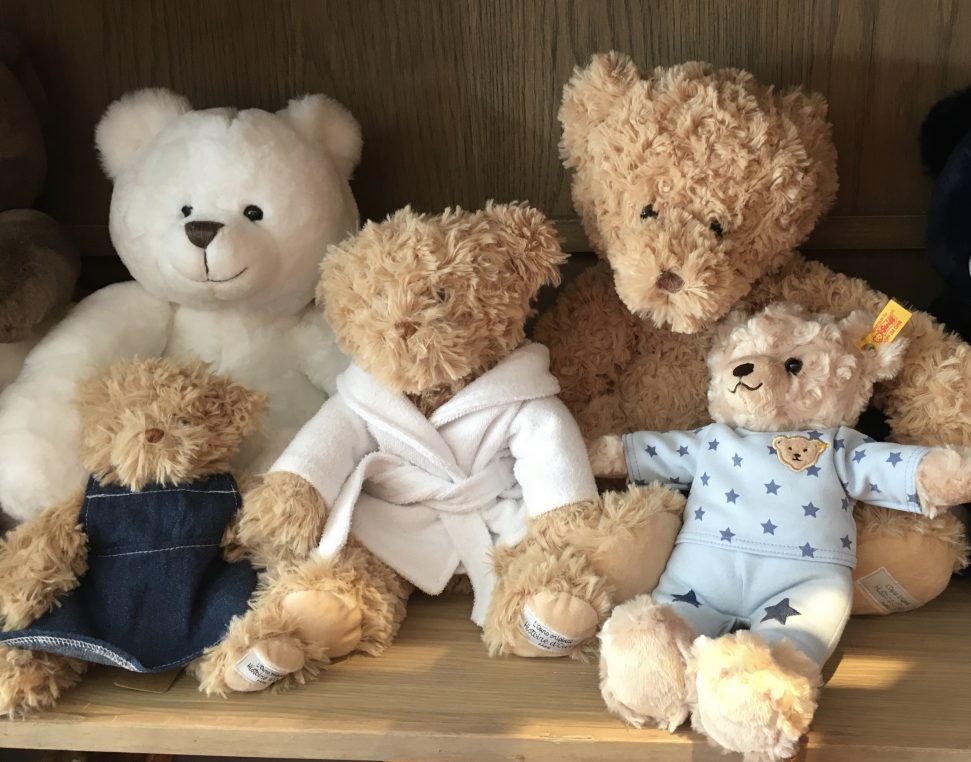 You might have never have heard of this magical toy shop, Au Nain Bleu, which used to be on rue Saint Honoré at the corner of rue Saint Florentin when the American consulate was still there and when luxury was tasteful. The company owned by Thierry Labey closed in 2006 and after a few misadventures, it has recently reopened at 14 rue Saint Roch, in a delightful smaller boutique. Valérie Touya is in charge and the business is owned by Kidsland, a Chinese group based in Hong Kong, which imports European manufactured children’s toys to China, a rare enough phenomenon to be mentioned. Each item is a delight to look at (and to touch) and the quality is there, whether you choose the famous Teddy bears made in Germany, or the Marquess’ costume, the wooden toys or the birth baskets. Everything is pretty and whimsical. 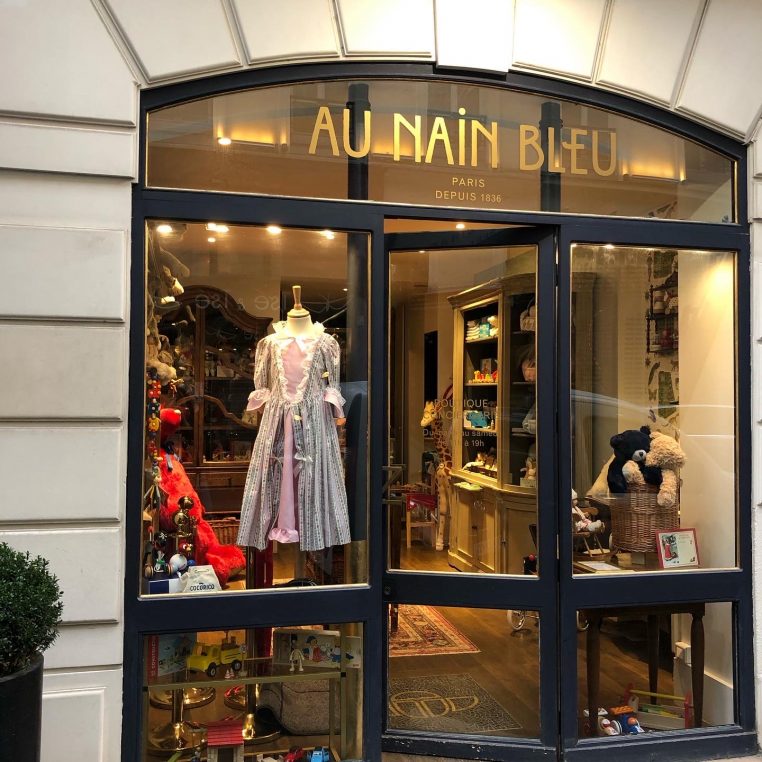 Vaerie Touya worked in retail in the Shanghai area for a number of years and with the head of the shop, Anne Mangin,  they have called on the old manufacturers of rocking horses Jorelle (inventor of the game of the frog), sell tricycles made by Beleduc and amazing buckets and watering cans in gum. They come in four colors, are very light and foldable, ideal for the beach! I fell for the lovely birth baskets with accessories to which you can add silver cups if you are very generous. There are all sorts of wooden cars and even a costume of a 1789 Révolutionaire. A new Märklin electric train had just arrived and there is a plan for trying it out in the Tuileries gardens nearby. 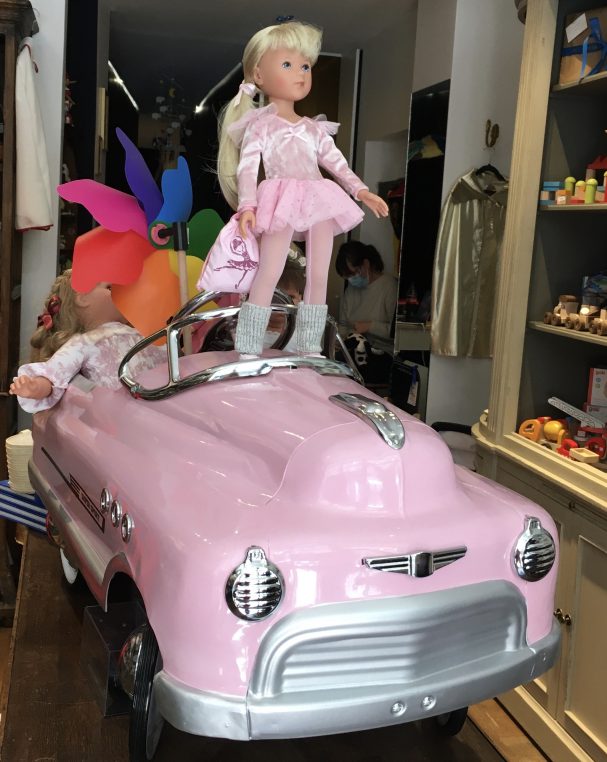 An American car with pedals for 450€

Puzzles in wood are particularly pretty as is the police car and the huge giraffe (at 4 500€), the tiger and giant red Teddy bear.  A little duck which you push on a stick is at 30€ and its red palms are just irresistible when they flip flop around. Valérie Touya had this sweet phrase about her shop: “People who enter always leave with something”. The place is just delightful and there are treasures for all budgets. What I particularly appreciated is the aesthetics of it all. You will not find one ugly item and this has been the motto of the company forever since it was founded on boulevard des Capucines in 1836, under Louis Philippe! 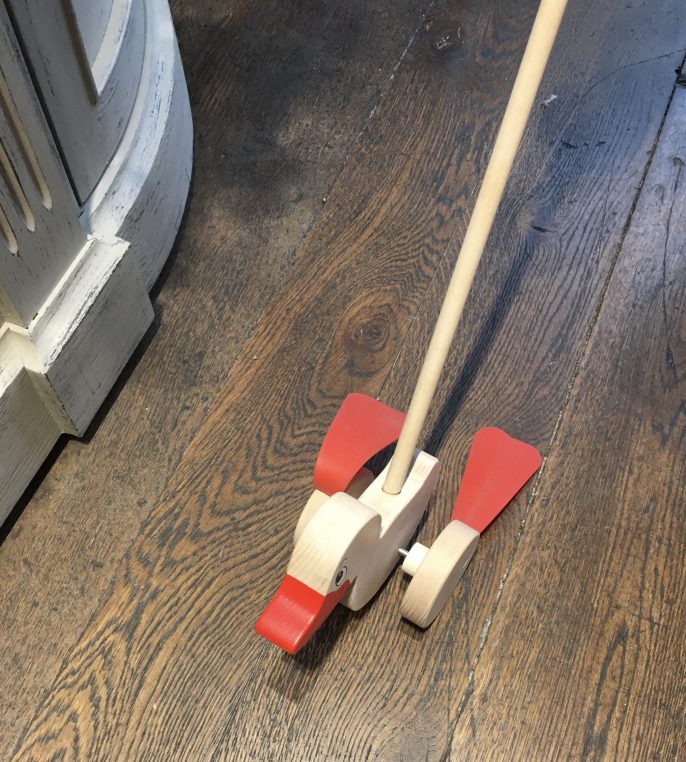 The duck which you push around is at 30€

There are also lots of dolls of course, of all colors  and races (very politically correct) and puppets which are reminiscent of the puppet theatre “Guignol” at the Tuileries. Toys are mostly for little children and often in wood like a large castle with towers, and piling up games. There is even a hospital for Teddy bears in Maisons Lafitte the head office where old customers can bring their pieces to be repaired. 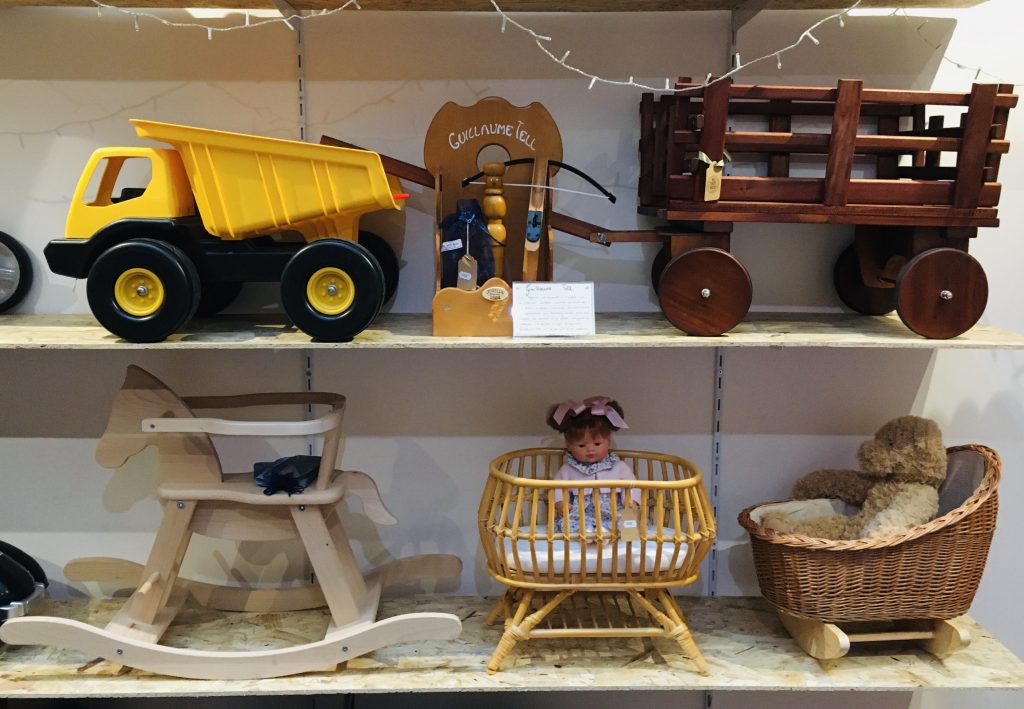 This is not Christmas time but you might want to indulge anyway for the summer season. There were no croquet games but lots of educational toys to keep kids occupied on a rainy day and no electronics in sight. What a relief!