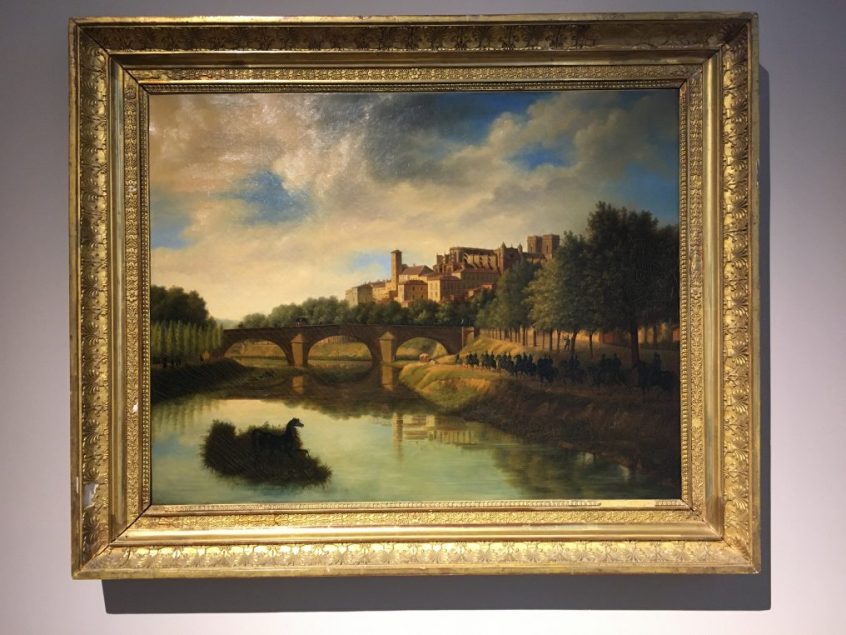 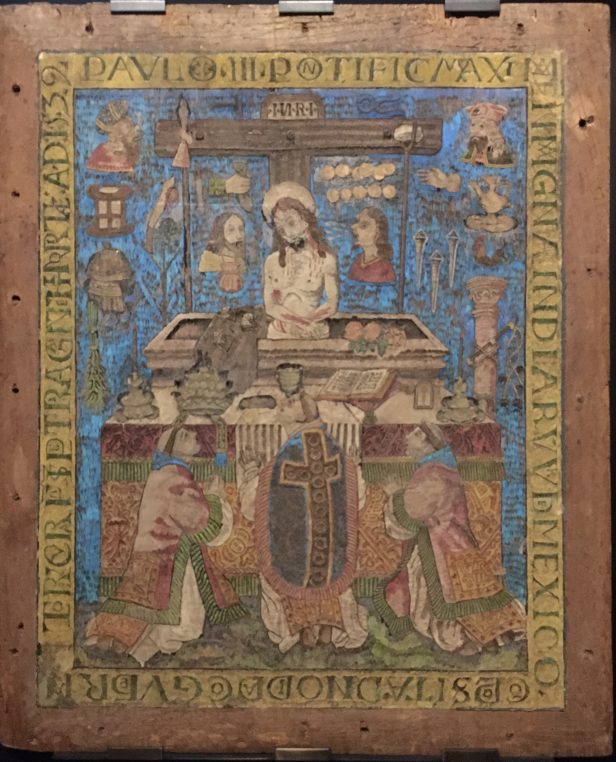 Mass of Saint Grégoire, 1539, Mexico, is one of the first Christian feather mosaic made in the New World by the Aztecs

Auch is a little town of 20 000 inhabitants in the Gers of which it is the Préfecture and the gastronomical capital. This is where d’Artagnan (from the Trois Mousquetaires) reigned. In Roman times it was on the road from Arles to Toulouse and Bordeaux and thus very prominent economically. One of its oldest houses, Maison Fédel, dates from the 15 th century, the cathedral Sainte Marie is a beauty with stained glass by Arnaud de Moles and its 113 oak stalls in the choir  representing 1 500 saints and other characters from the Bible. It is on one of the Santiago de Compostel pilgrimage path. But what brought me to Auch, is the special visit organized by Laure Martin for the Friends of Printemps de septembre in Toulouse, of the Musée des Amériques which is housed in a former Couvent des Jacobins. It is a true jewel and the largest collection of pre hispanic art after Musée du quai Branly Jacques Chirac including a rare collection of 7 feather paintings. 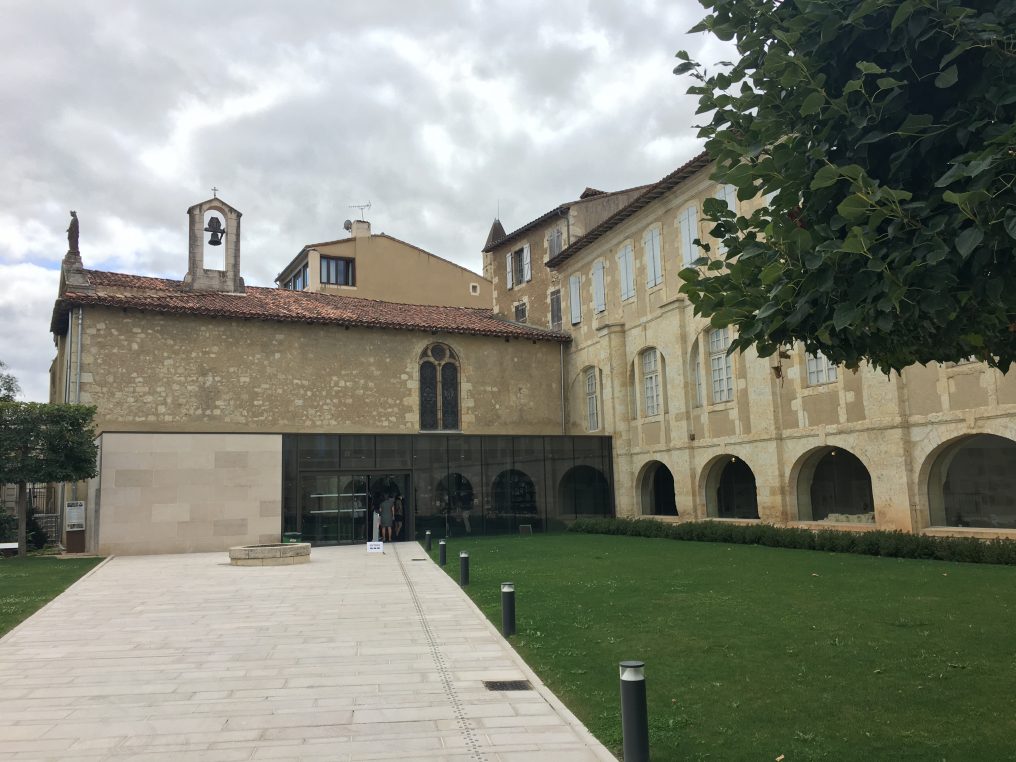 The museum is housed in the former Couvent des Jacobins

Slightly remodeled by Rémy Papillault, an architect from Toulouse, the museum was reopened last year by its curator of 25 years Fabien Ferrer Joly. It is the result of Guillaumin Pujos’ emigration to Peru in 1879 at 27. Many people from the South of France left for the Americas, in Argentina, Bolivia, Mexico, at the end of the 19 th century. Pujos came back twice in 1896 and 1906, bringing back many statues, paintings and fabrics each time. When he became the curator of the museum in 1911, he gave all his collections. To which were added two collection from musée des Eyzies de Tayac and from Annecy. More recently, in 2006, a collector from Saint Tropez, Mme Lions, gave her collection of 6 000 pieces of Peruvian silver, ceramics, and feathers. 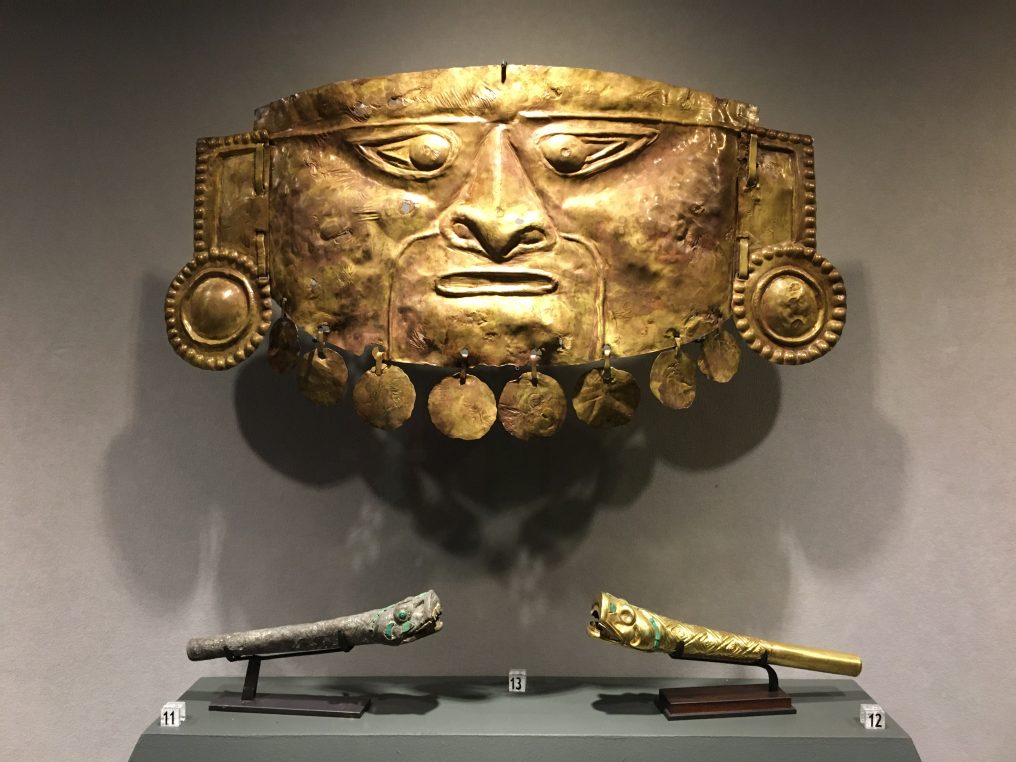 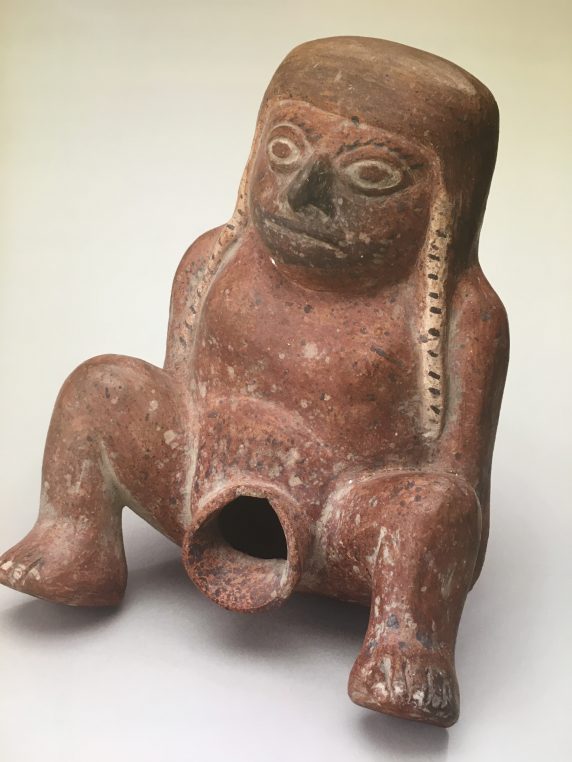 Again the size of the museum is ideal with some archeology and medieval works, including an “Olifant” (hunting horn) of St Orens in ivory from Amalfi, Italy, a few views of Auch painted in the 19 th century and 20 th century folklore pieces including a red marriage outfit. In the last room and staircase are three large paintings by Mario Cavaglieri, an Italian artist who settled in the area, and painted the society of the Gers until his death in 1969. 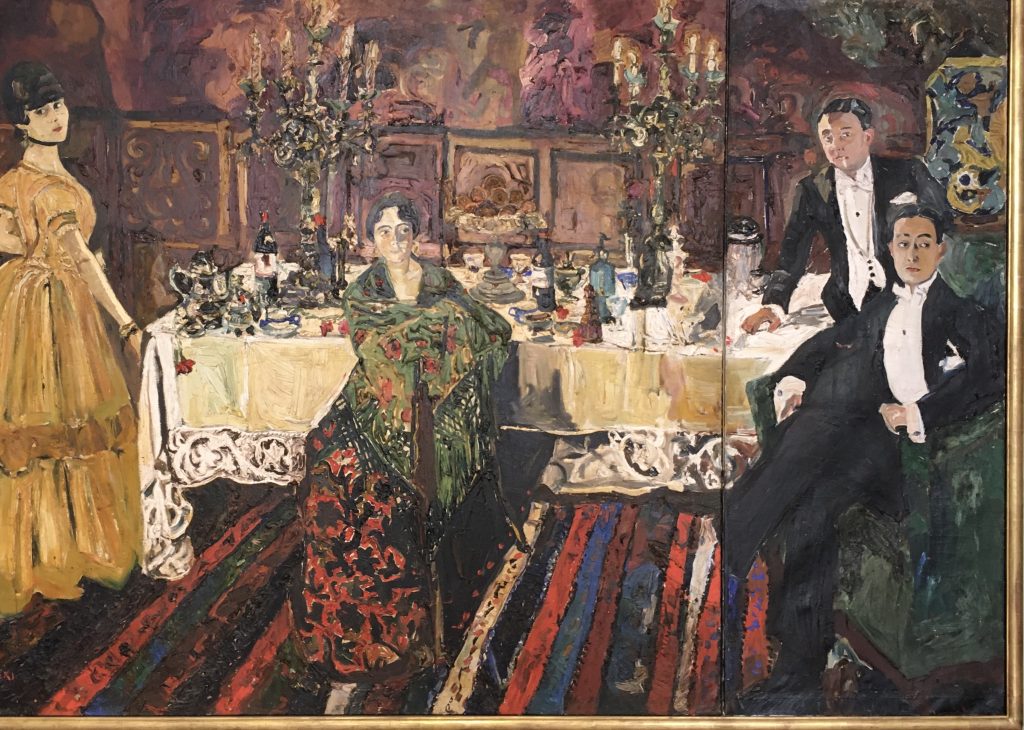 Fabien Ferrer Joly was particularly happy of a new law voted thanks to the Senator mayor Franck Montaugé of Auch in 2016, which facilitates lending works between French museums among the members of Pôle National de Référence. This means that as a specialist of Prehispanic art, le Musée des Amériques in Auch can receive small collections from other museums which have no space to exhibit them. And this is true of any other specialty museum. A clever way to assemble collections. 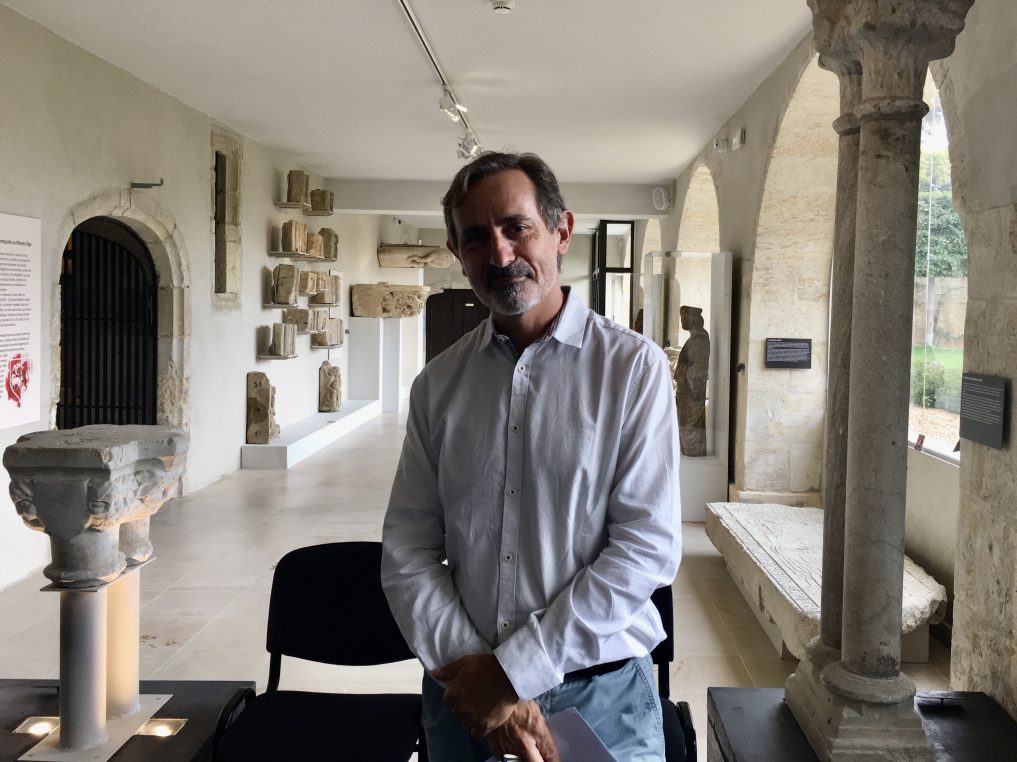 With works imported from Ecuador, Colombia, Venezuela, Brazil, The Caribbeans, Panama, Costa Rica, Mexico and of course Peru, this museum has taught us that feathers were more precious than gold for the Aztecs. And the few paintings by Rubens, Watteau,  and Jacob Smets (who died in Auch in 1764) complete the visit. An eccentric dentist, Jean Louis Roumeguere, is present thanks to his son who gave  to the museum a series of studies on light at all times of the day. “The phases of light” 1905 are a curiosity especially the the ones painted on tiny metro tickets. 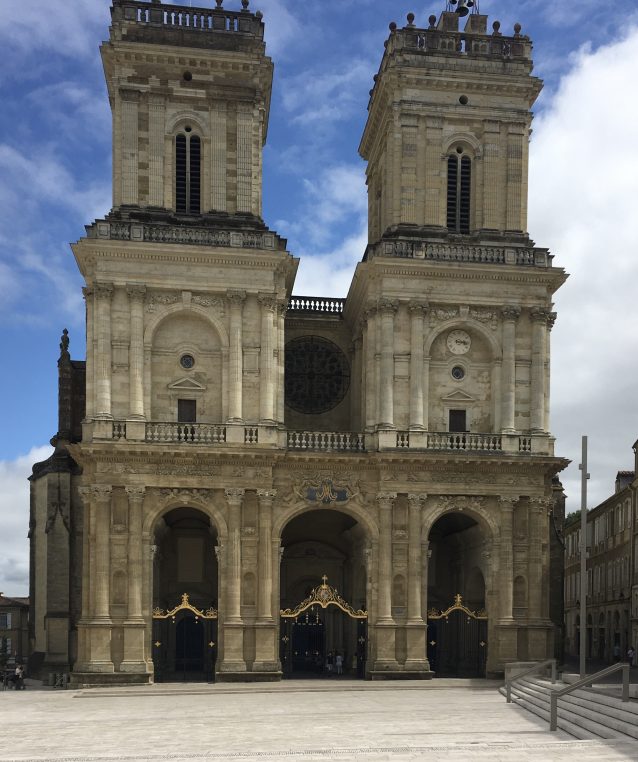 4 Comments on “Auch has an eye on the Americas”