You will not see any water in these pictures of rocks and cliffs shot by Aurore Bagarry in Brittany, Normandy, Devon and Cornwall. After shooting glaciers and mountains for six years (because members of her family were mountaineers in Haute Savoie) she is now concentrating on the erosion by the sea, since her husband moved to Saint Brieuc for work. Aurore travels with a large argentic chamber camera and found it difficult to fight the tides, wind, salt, and bad weather  but the result of her four years of crossing over and searching for the perfect rock is here at Galerie Sit Down, until April 17.

In his remarkable text for the catalog, philosopher Gilles A. Tiberghien describes the photographer as a scientist who pays as much attention to the topography and maps of the rock formations as to the landscape. There is hardly any sky nor water, she concentrates on the essence of the rock, on the geological formation. Yet, the “coast looks like a painter’s palette on which the sea has tried out all kinds of colors: mauves are allied to yellows and chlorophyle greens with ocres and greys …” It is true that the colors are so bright that you wonder for one second if photoshop was used at all. The answer is obviously NO.

What Aurore (who teaches art in Saint Brieuc) is doing here is crossing the notion of photographic documentation with the transformation of landscape due to erosion. “I concentrate my  research on traces, sediments, forms. Geologists offer a new reading of the Armoricain and English littorals. The length of time needed by my camera, is similar to the long period of sedimentation.” She always uses grey cloudy skies, so that natural colors come out more vividly..

At 38, Aurore Bagarry has already developed a serious body of work with geologists. Her previous photos of mountains are now used regularly for studying or illustrating the melting of the glaciers. While before she shot the disappearance of melted snow, now she has in this series “Roches” studied the action of the water on rocks. A graduate of Ecole Nationale Supérieure de la Photographie in Arles (in 2008) she is now going to do research on the impressions of former oceans in the Paris area, a project commissioned by Le Grand Paris and CNAP, Centre National des Arts Plastiques. 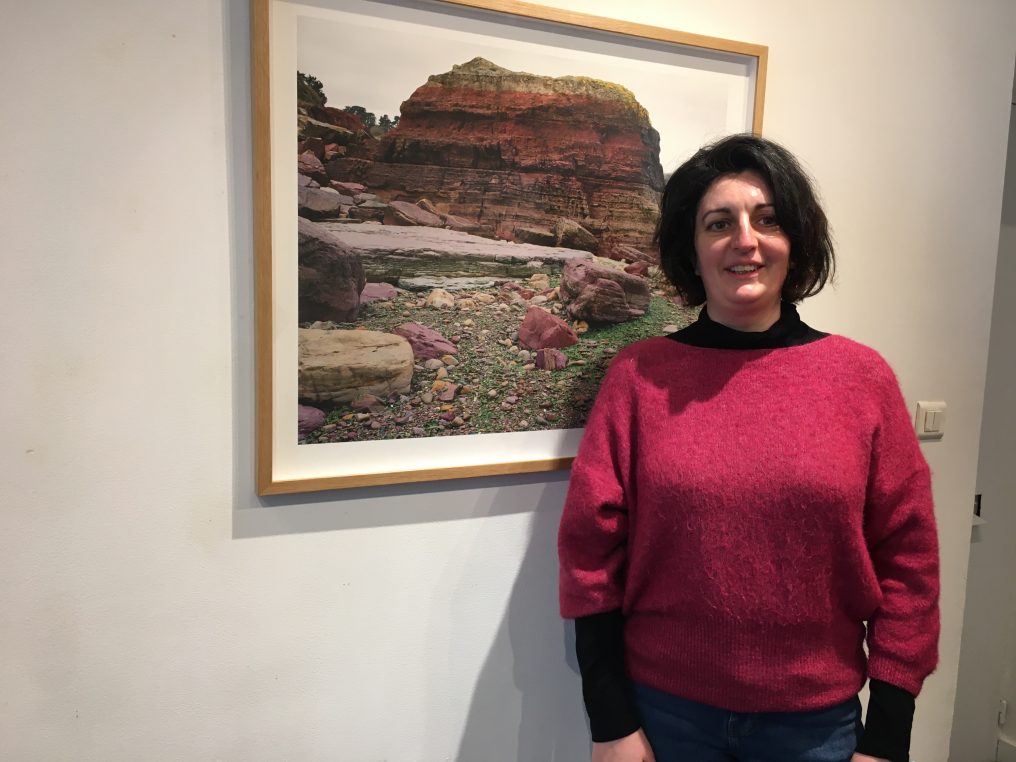 Aurore Bagarry in the gallery on March 5

One Comment on “Aurore Bagarry, an explorer with an eye”