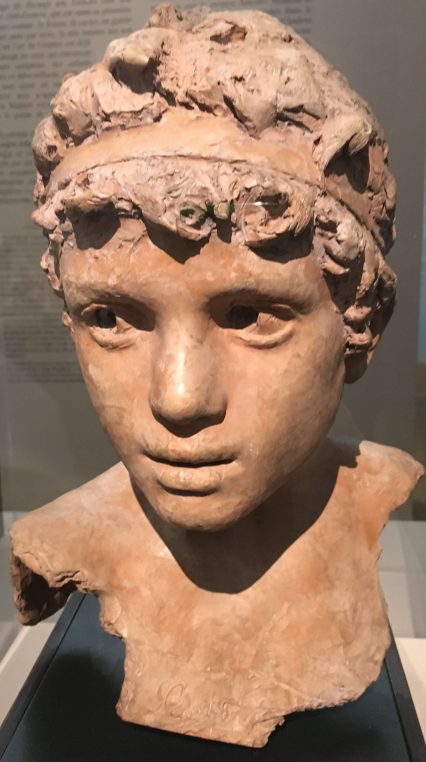 No one has ever known the name of this large avenue which separates Grand Palais from Petit Palais. It is called avenue Winston Churchill and is delimited on the South by the great Prime minister’s statue (without its original cigar) and on the North by de Gaulle’s and Clemenceau’s. This week, it is the epicenter of all cultural activities with, the FIAC opening on Wednesday (for the 10 000 vips) and on Thursday for the rest of the world. With the delightful Neapolitan sculptor Gemito and Yan Pei-Ming at the Petit Palais. And Toulouse Lautrec and Greco at the Grand Palais. Beware of traffic jams inside and outside these two exhibition halls! 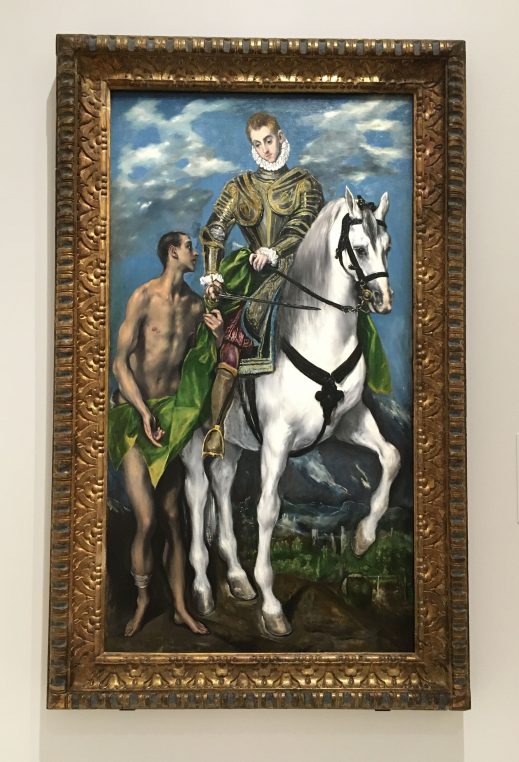 Greco, St Martin and the Poor, 1597-1599, Washington National Art Gallery of Art. Pablo Picasso was inspired by many of his paintings

Petit Palais’s director, Christophe Leribault has a knack for bringing to Paris foreign celebrities who have never been shown here. And Vincenzo Gemito, a self taught child from the street, is definitely a find. Born in 1852 and immediately abandoned in a convent, he will be famous at 25 and exhibited at the Paris Universal exhibition of 1878. This exhibition curated with the Museo Capodimonte in Naples shows 120 sculptures and drawings. Some of these are so realistic that they were acquired by the King’s palace when the artist was only 17. His studio, which he shares with fellow artists, is set in an abandoned convent and he concentrates on street children and fishermen, after having studied the technique of nativity scenes.

With his friend Antonio Mancini who will become a famous painter, he starts studying art at 10. They discover Pompei’s bronzes in the Naples National museum and find their inspiration on the streets. At 21, he starts sculpting the busts of famous musicians and painters such as Giuseppe Verdi, Giovanni Boldini, and Mariano Fortuny, the father of the famous dress designer. His “Neapolitan fisherman” will create a stir in Paris at the Universal exhibition for the realism and the ugliness of the character. Rodin, possibly Degas and Meissonnier are all stunned and take the young boy under their wing.

When he returns to Naples with his lover Mathilde Duffaud, she falls ill and dies. This is when he retires to Capri and develops works in “cire perdue”. Two monumental commissions by Umberto I will prove to be too ambitious for him and he falls into depression and folly. After spending time in an asylum where  he draws constantly, he returns to the antiques and starts working on silver and vermeil. At the end of his life, he paints portraits of the Bertolini children which are reminiscent of future Balthus and Klossowski. 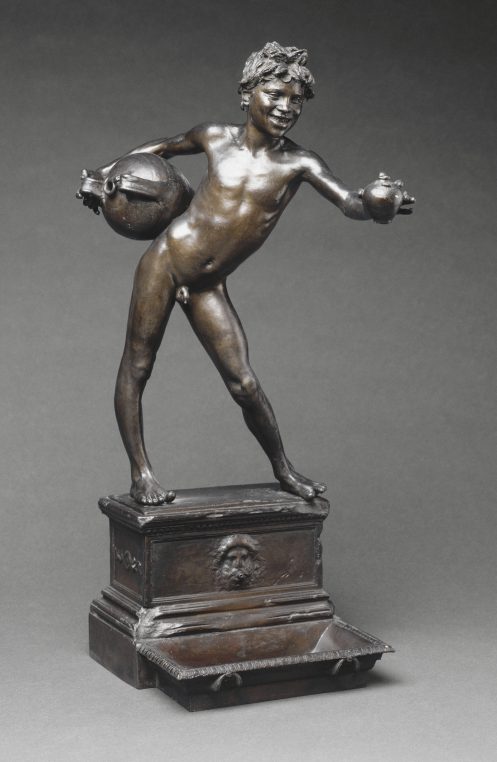 This young boy who adopted, as surrogate fathers, a number of artists including Meissonnier, (to whom he gave his little fisherman), developed strong themes at an early age. His card player who keeps his head down, as does his Verdi, his numerous drawings and sculptures of Anna, his latter day wife, will remain his most symbolic works. Abandoned as an infant, he will always remain true to his friends who grew up on the street, the ragazzi.

Make sure after visiting this exhibit downstairs to look at the Yan Pei -Ming show upstairs and to cross the road to see the Greco show, superbly hung on white walls in what usually serves as the photo exhibition space of the Grand Palais. I will tell you more about it next week! And walk around to see Jeff Koons’ new “Tulips” installation at the back of the Petit Palais. 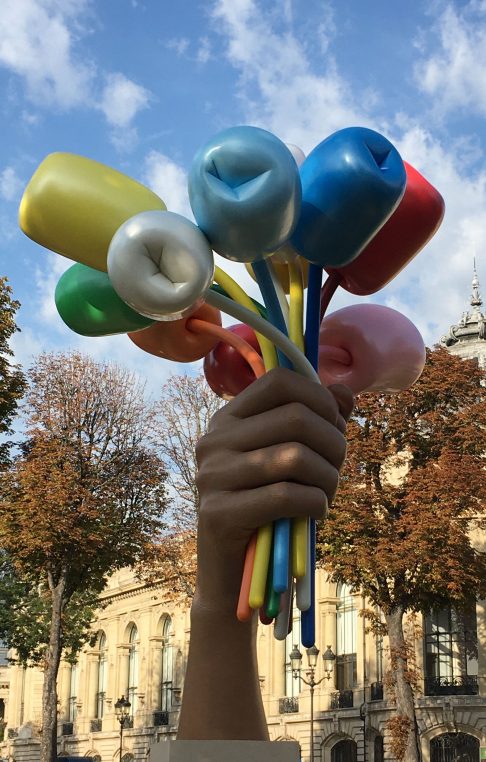