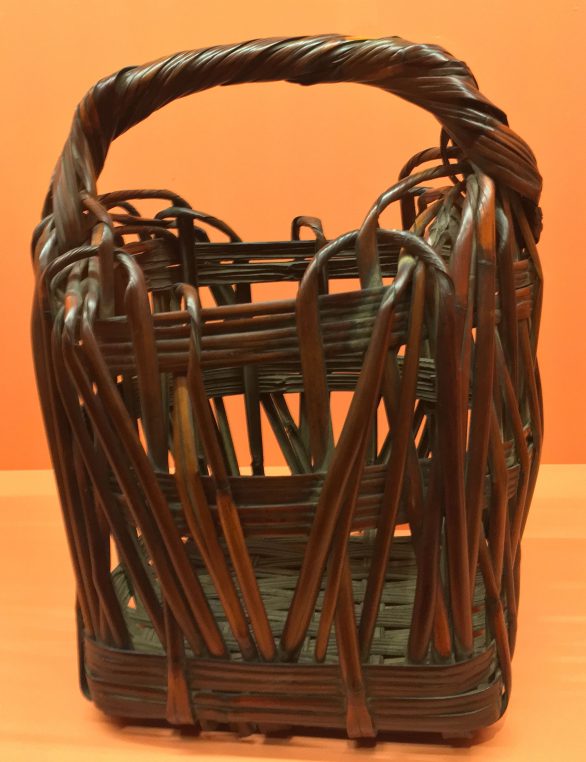 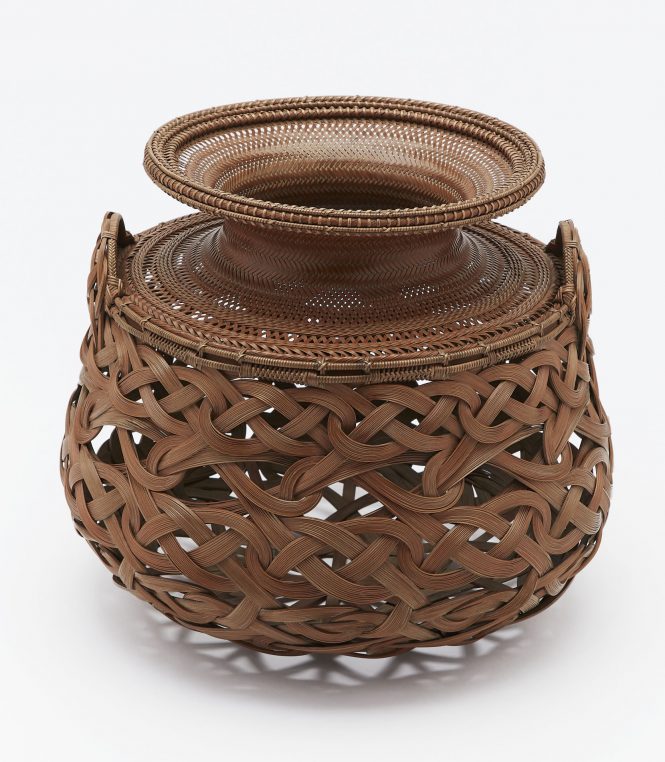 “I create art with the spirit of an artisan” declares Tanabe Chikuunsai IV in one of the videos of “Fendre l’air, Art of bamboo in Japan”, the new exhibition at Musée du quai Branly Jacques Chirac. There are 600 endemic types of bamboo in Japan. It grows quickly, is flexible, does not rot, and can be used as a container, a weapon or a shelter. It was primarily used for floral arrangements in the past, very developed for the art of tea ceremony during the Meiji era and is now created as contemporary sculpture. With over 200 pieces, this show enlightens us on one of Japan’s major surviving arts which is primarily collected in the US. 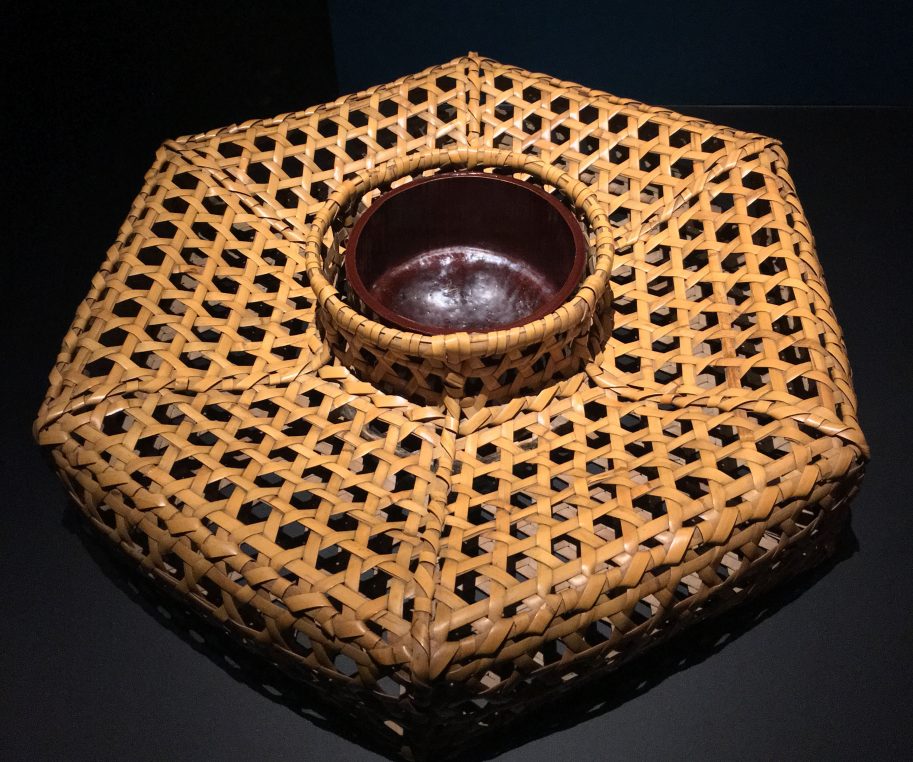 The art of bamboo basketry is a family tradition in Japan and throughout the exhibition we can discover dynasties of artists such as Iisuka Rokansai. It started with the art of tea which came from China in the 8 th and 9 th centuries. Bronze vases were imitated with great virtuosity  in bamboo by Japanese artists in order to display flowers for the tea ceremonies. New bamboo can be used as well as worn out bamboos recuperated from torn down old houses. Thus the color varies and some of these pieces show multiple beiges and browns. But what is most astonishing is the detail of the designs produced by the weavers. 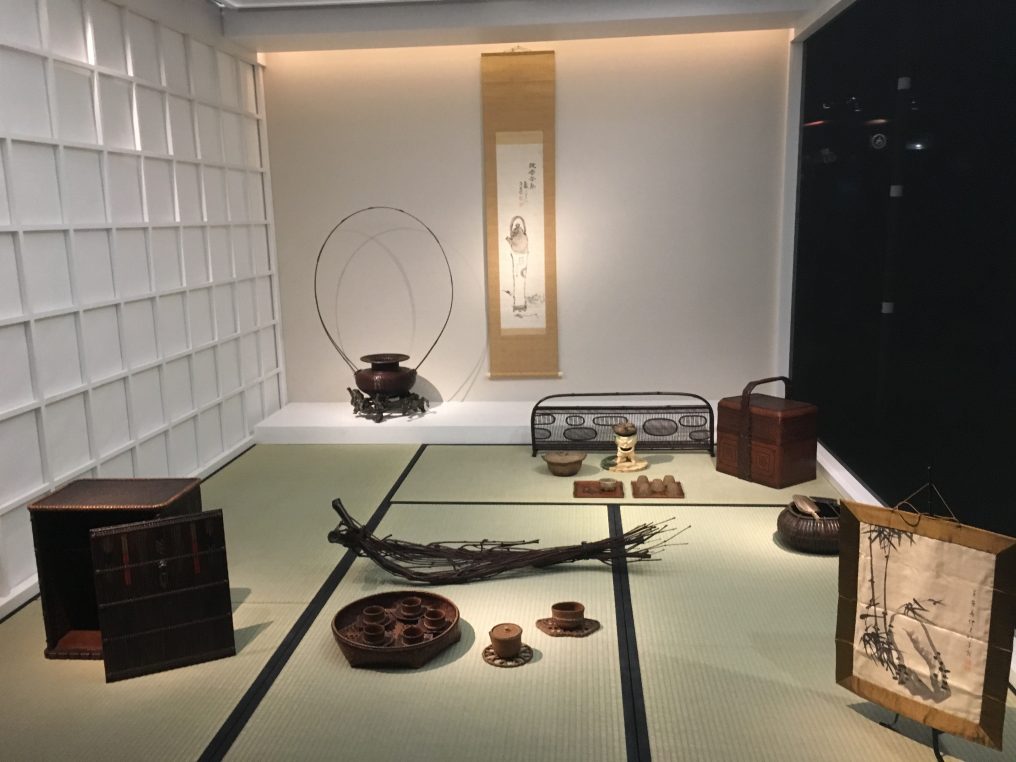 The staging of the exhibition by Nathalie Crinière is particularly pretty with enough little rooms devoted to a theme and video screens showing each artist talking about his weaving techniques. Anonymous artists from the 19 th century are shown together with the “Living National Treasures”, two of which are still alive today, Soho Katsushiro and Noboru Fujinuma. 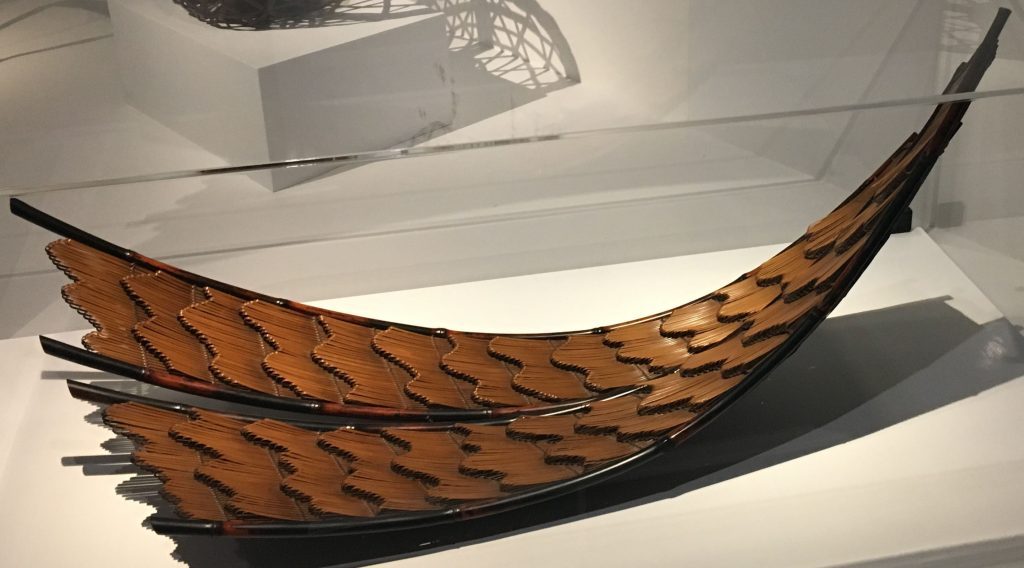 Honma Hideaki, who lives on the mountainous island of Sado near Niigata, grows and picks his own bamboo. Hi inspiration comes from the island’s flora and fauna. He is the son of the internationally renown artist Honma Kazuaki who died last year. His works are at the Metropolitan Museum in New York. Morigami Jin is also collected in the US like Yonezawa Jiro who has lived there for 18 years. The museum commissioned a special work from his for its permanent collection. 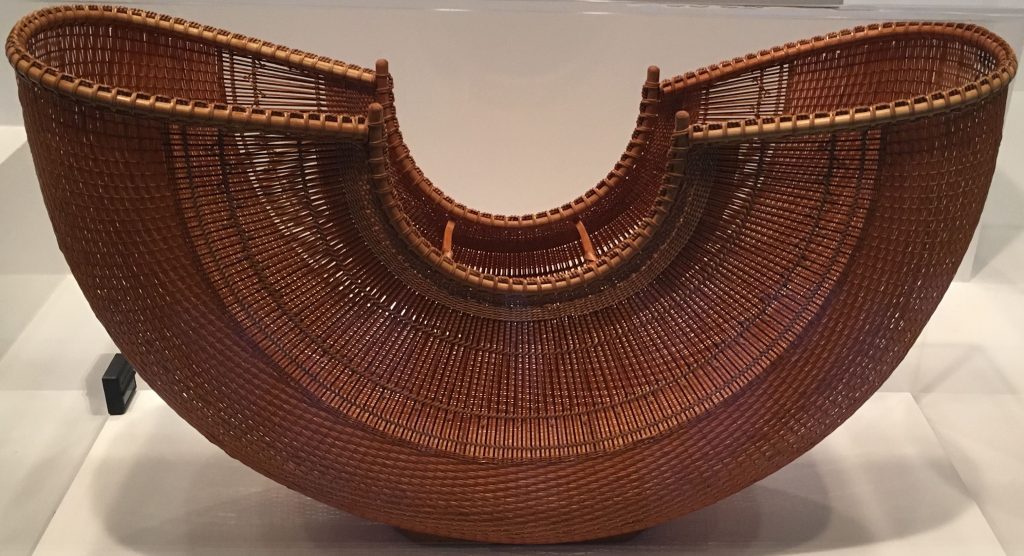 The seven contemporary artists presented at the end of the show are all exceptional and it is fun to discover the variety of colors and shapes that bamboo can adopt. One sculpture is the result of the collaboration between Sawako Kajima who teaches at Harvard Graduate school of design and specializes in computerized conception of architecture and Tanabe Chikuunsai IV. The artist explains at length how his very artisanal object could never have been conceived without a computer 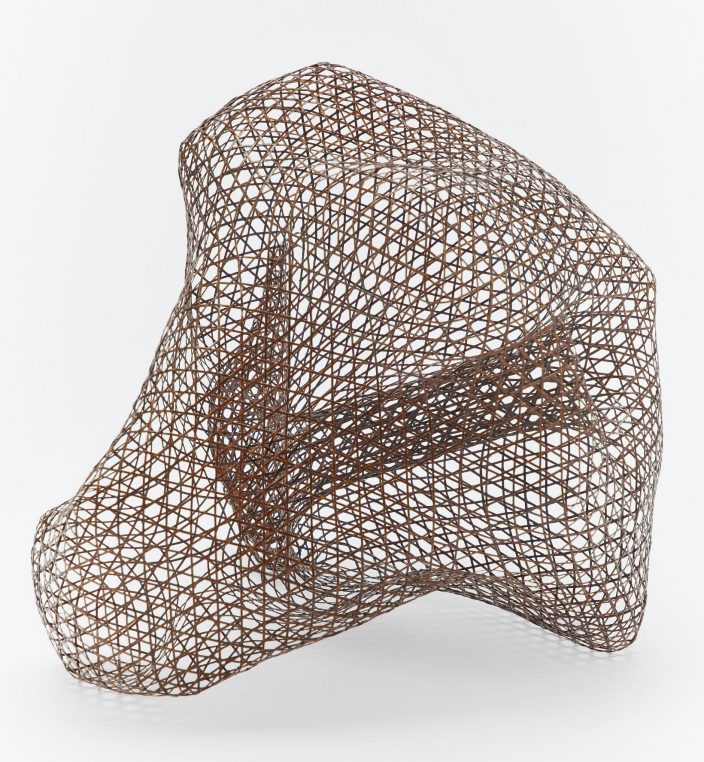 This exhibition concludes a year of exceptional Japanese shows and at the time when Renault-Nissan’s CEO is being sued in Japan, it is a soothing moment of beauty and refinement provided by curator Stéphane Martin and Maiko Takenobu.