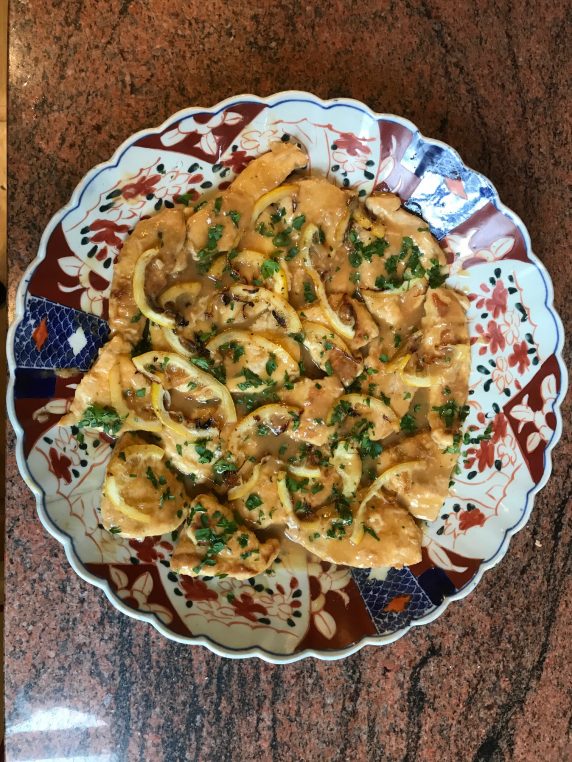 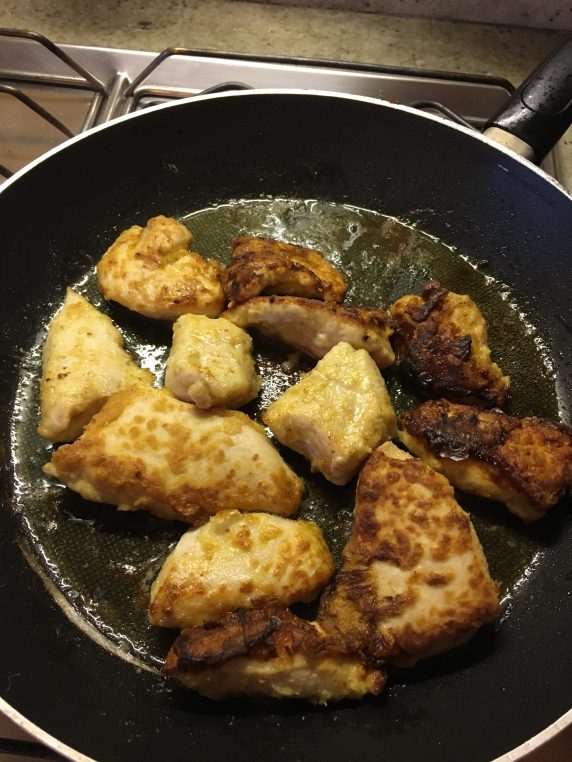 The chicken cooks for ten minutes in a pan

Joseph de Vilmorin is probably the best amateur cook I know and he practices his father’s recipes as well as his aunt, Mapie, who was one of the most famous food critic in the sixties in France. He sent us a recipe of Poulet Molière which I cooked yesterday and I found it delicious and easy to reproduce. It’s very tasty with a strong lemon flavor. 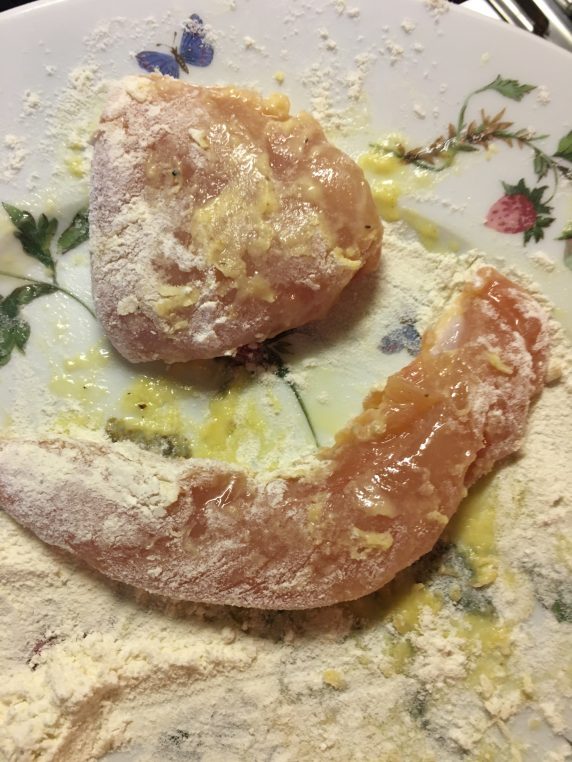 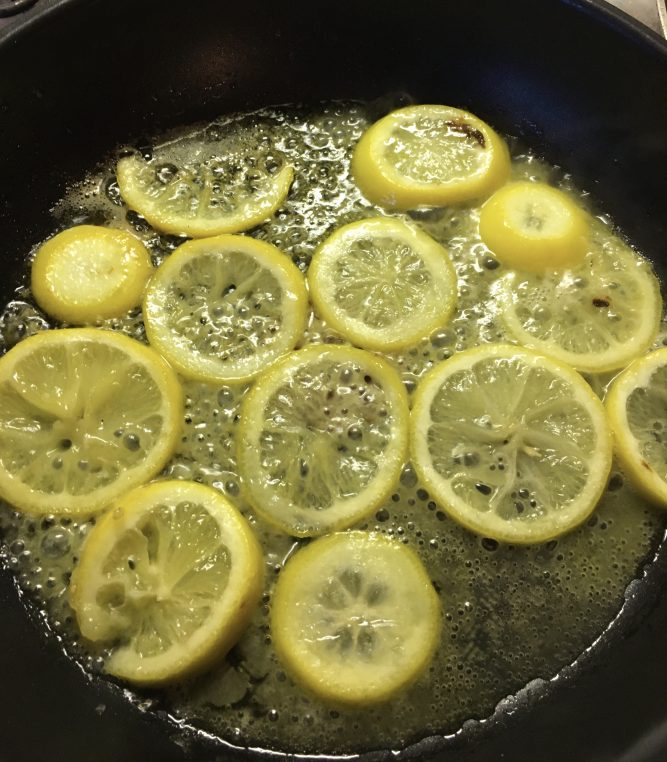 Mix the eggs, the milk, salt and pepper in a bowl and pour the flower on a separate plate. Prepare the chicken breasts, peel the fat and little bones off (there are often little bones left on the meat) and slice each piece in the thick and then cut it in two, there should be five pieces per breast. Throw the oil in a large pan and fry gently the chicken which you will have previously rolled in the egg and flour preparation. Do not fill up the pan. 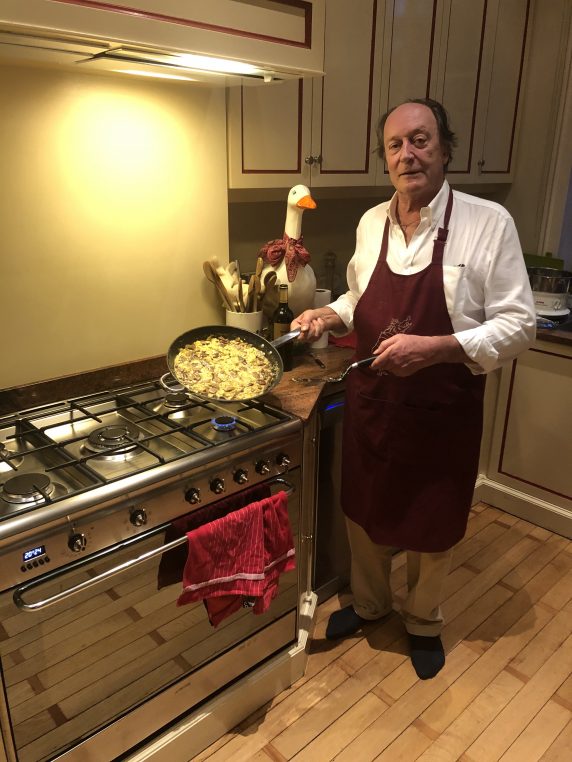 You will need to use two sets of cooking. When the chicken is brown (after ten minutes), take it out of the pan and set it on paper so that the oil disappears. Then slice one lemon very thin and throw it with butter in a clean pan. Keep the other lemon for the juice. Throw the lemon juice with the glass of white wine once the lemon have cooked a little. Then add the 50 cl of broth. Let everything thicken a bit.

Then throw the liquid into the pan with the chicken and let it simmer for a few minutes. Add some parsley for the decoration and serve on a pretty dish! Preparation time 40 mns.