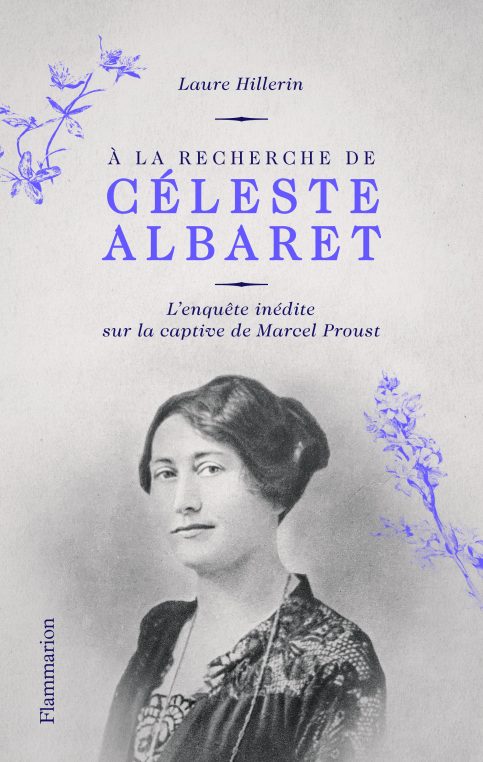 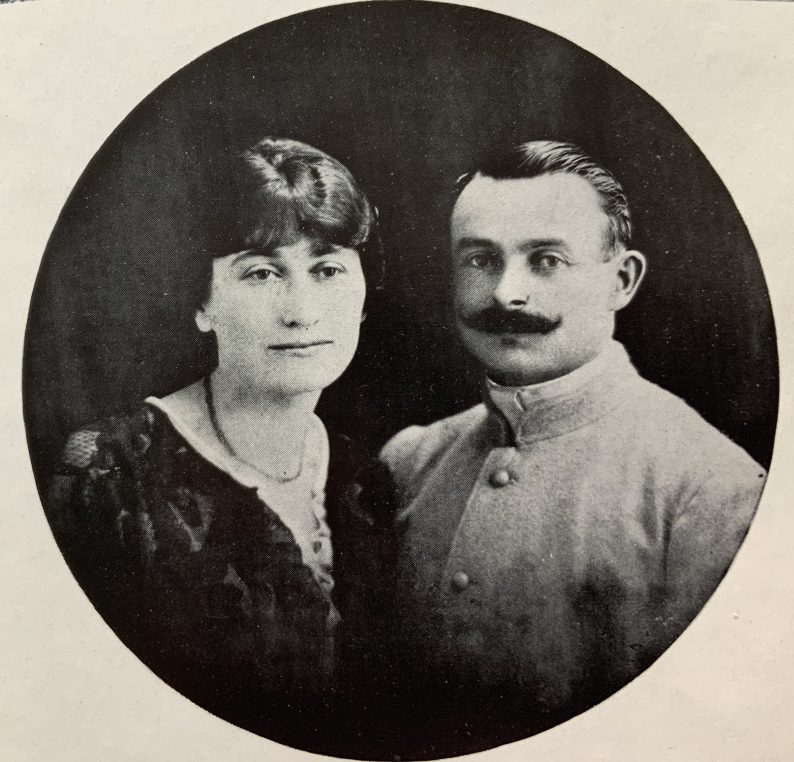 Céleste and her husband Odilon, the taxi driver who introduced her to Proust

Laure Hillerin produced an extensive biography of Comtesse Greffulhe in 2014 and has furthered her knowledge (and ours) of Marcel Proust’s world with a new biography of Céleste Albaret, Proust’s gouvernante and caretaker for the last eight years of his life, between August 1914 and November 1922. Céleste was raised in Auzillac in the Massif Central, near Aubrac and the Cévennes, a fertile countryside with very harsh winters. Born in 1891 in a family of millers and farmers who owned their land, but very poor on her mother’s side, Céleste had loving parents. One summer she met Odilon Albaret at her cousin’s house. He was a taxi driver in Paris and had Marcel Proust as a client thanks to the administrator of the taxi company, Unic, owned by the Rothschilds. He became one of his two favorite drivers and took him to Cabourg in August. 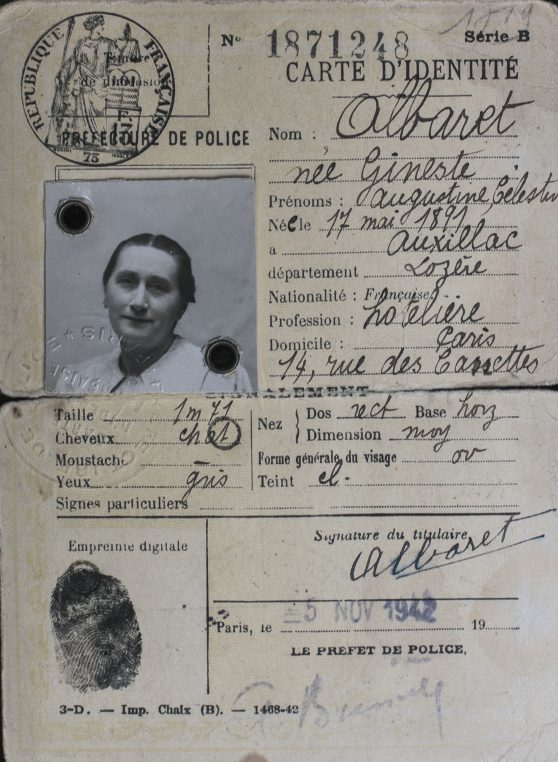 Celeste’s ID when she was running her hotel rue des Canettes, archives of Hotel Littéraire Swann

When she moved to Paris, Céleste was left alone all day in a small apartment in Levallois, in the Paris suburbs, and became very depressed. To help his chauffeur’s life, Proust suggested in November 1913, that she help deliver by hand his new book, “Du côté de chez Swann”,  to his close friends. He had liked her country girl’s attitude and wisdom, the minute he met her. He got accustomed to seeing her every day, loved her company and quizzed her on her childhood and family. When the war was declared both Odilon and Proust’s butler, Nicolas, were called to the front and Céleste very naturally moved in with the writer. She was 22. “You’ll see Monsieur Proust is a very kind man. Be very careful not to displease him because he notices everything. But you will never meet more charming man” said her husband to reassure her. Proust woke up very late in the day and needed her to be around most of the night. So she waited, constantly. He liked her way of talking about everything and this is very clear when one listens to the brilliant interviews made by Georges Belmont for her book “Monsieur Proust” published in 1973 and aired by France Culture in 2019 thanks to Philippe Garbit … Her style and voice are gripping. 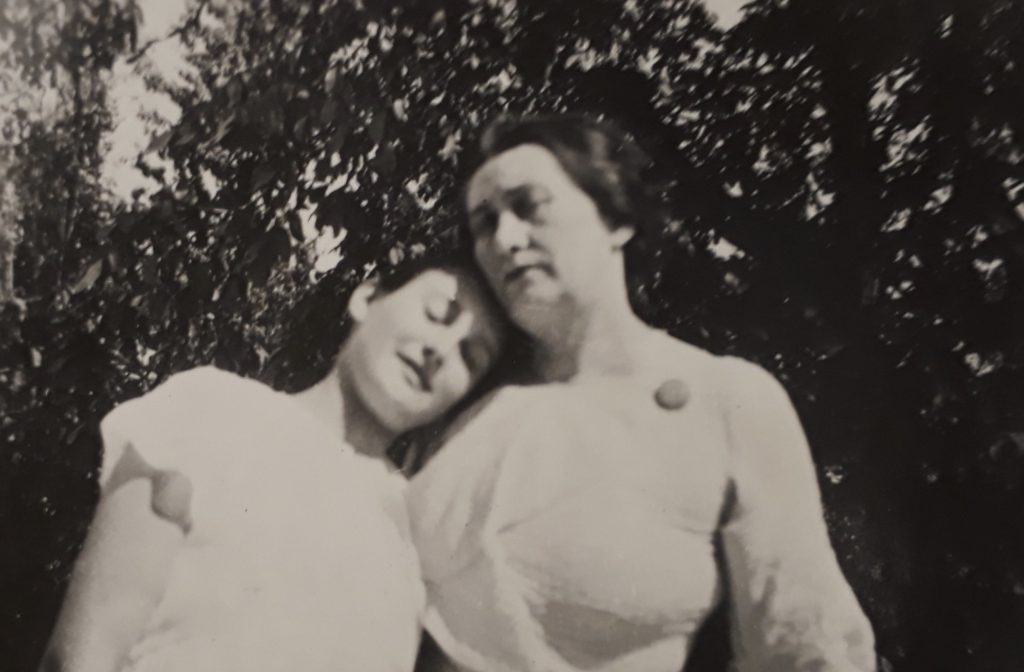 Céleste with her daughter Odile in the 1930’s

The shared passion between the two has become historical knowledge and when Proust died in 1922, she was left totally numb. Nothing interested her anymore and she became penniless, back in Levallois with her husband and far from the fascinating writer’s life. Marcel Proust dies at page 205 of the book which counts 505. Laure Hillerin took great care in researching the future of Céleste, who was allowed to stay rue Hamelin, Proust’s last residence, for another five months. While Robert Proust, the writer’s brother, remained extremely nice to her, his wife Marthe was not. She disliked Marcel intensely.

The following years will be very dark until she starts a mediocre Hotel d’Alsace et Lorraine, on Rue des Canettes where all Proust lovers will start flocking. This is where the American scholar Mina Kirstein Curtiss, a teacher at Smith College, comes to interview her in 1947 and British writers Violet and Sydney Schiff  start interviewing Céleste and giving her a new life as Proust’s most intimate witness. This is the year when the first exhibition devoted to Proust is organized at Bibliothèque Nationale marking the 25 th anniversary of his death. At 86, Comtesse Greffulhe was the guest of honor. Céleste was invited, and her destiny changed again. 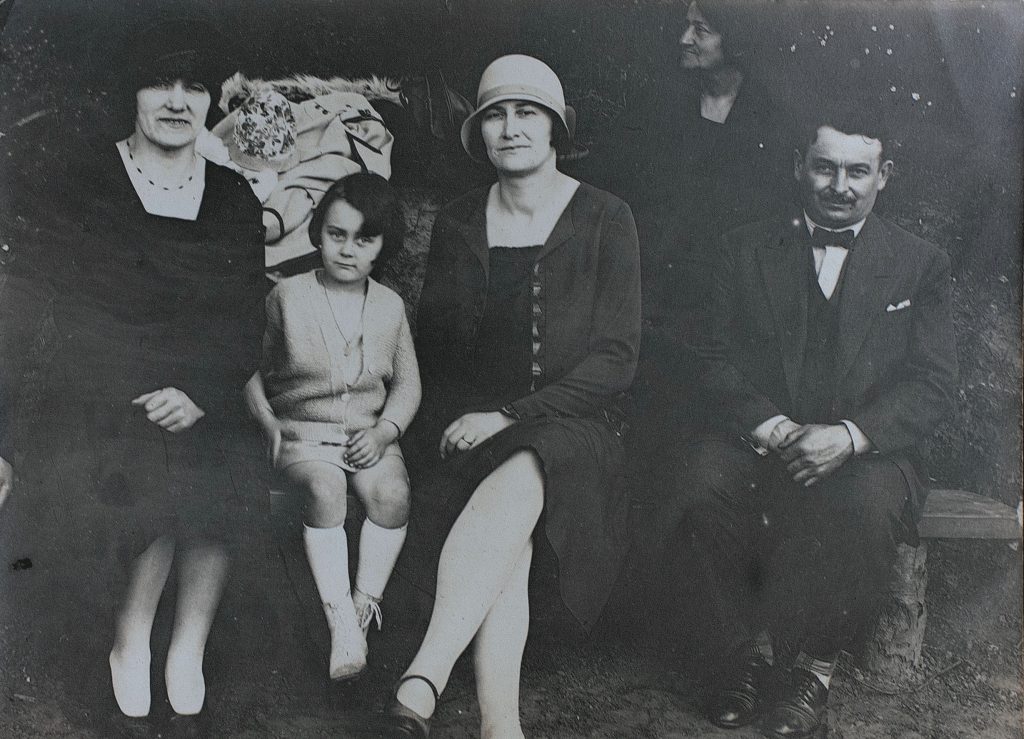 Paul Morand meets her, Robert Doisneau and Jack Garofalo photograph her as well as André Ostier and later Cecil Beaton. She and Odilon are still poor and she eventually sells the hotel and is hired as a housekeeper of Maurice Ravel‘s house in Montfort l’Amaury. Since he died in 1937, the house had needed a caretaker.

Her only child, Odile gets married and will take care of her at the end of her life. Many films and books will be inspired by her own memoir “Monsieur Proust” were Laure Hillerin notices many minor mistakes. What the author describes well is the mutual fascination between Céleste and Proust and their real affection for each other. 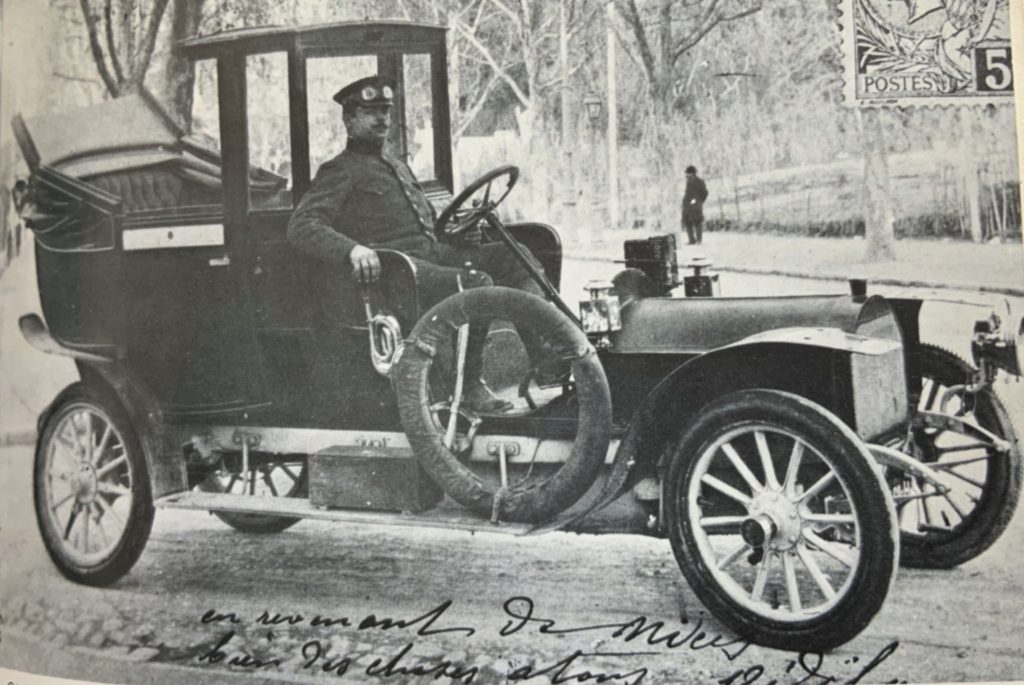 Odilon in his taxi, archives of Hotel littéraire Swann

Her daughter Odile will take care of her at the end of her life and she has to sell her personal souvenirs of Proust to Pierre Berès, the shrewd book antiquarian, in order to survive. He had been informed of her treasures by “a very nice woman from Bibliothèque nationale”.

This book “A la Recherche de Céleste Albaret” by Laure Hillerin, published by Flammarion, will fascinate all of Proust’s lovers for the amount of details it provides. At Musée Carnavalet, “Proust a Parisian novel” will open on December 15 and MAHJ and BNF will each have a show in 2022.

Laure Hillerin will give a talk and sign her books at Hotel Swann, on September 29 at 7 pm.