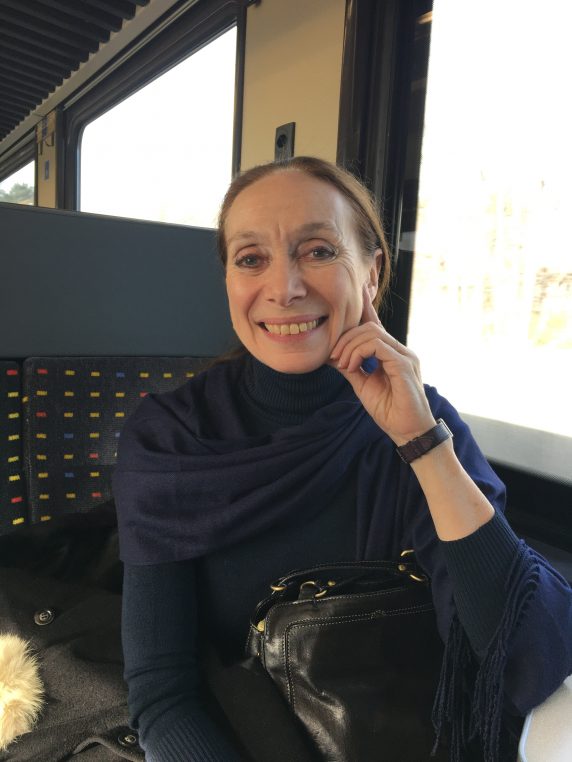 One, Elisabeth Platel, director of the Ballet school of the Paris Opera, received the gold medal for her formidable career, the other, Clara Mousseigne, 18, won the 40 th Prize of Cercle Carpeaux, which is dedicated each year to outstanding dancers. To celebrate this very special anniversary, many former laureates were present surrounding the young Franco Japanese “sujet” who gave a very mature speech with a constant smile on her lips. She succeeds prestigious artists such as Eric Vu An, the first laureate in 1982, Sylvie Guillem, Laurent Hilaire and Manuel Legris, in 1985… The evening hosted by Carpeaux’s president, Catherine de Pimodan and vice president, Pascal Chadenet, was moving and discreet, like this very elitist circle which works by cooptation and includes only 180 members. 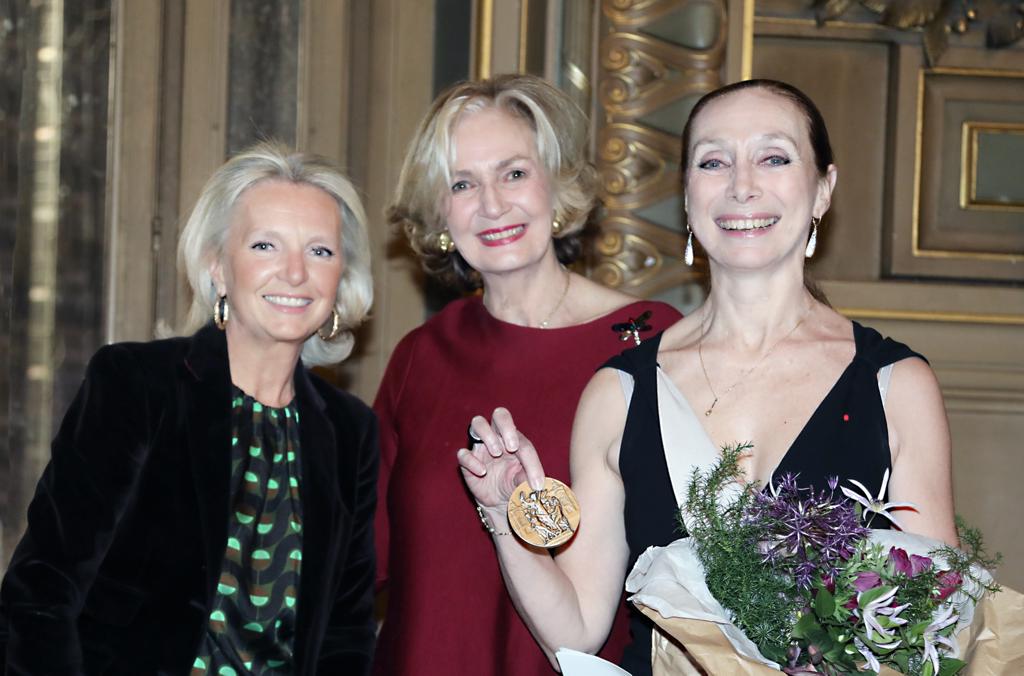 Devoted to helping lyrical and ballet productions at the Paris Opera, Cercle Carpeaux (founded in 1948) pampers its members and selects the best seats for them, organizes musical trips and dinners. Its new mission this year is to develop with Alexander Neef, General director of the Paris Opera, new programs for retired dancers who often find themselves, at 42, without a job or a professional project, after a life on stage. They are being helped in this mission by two young entrepreneurs based in Milan, Philippine de Sevin, a former ballerina, and Antoine Schaller, cofounders of Ballee.app, which connects dancers to classes, gala performances and events. They are busy at the moment organizing the 50 th Prix de Lausanne, founded by Philippe Braunschweig in 1973, which is taking place next week in Montreux. 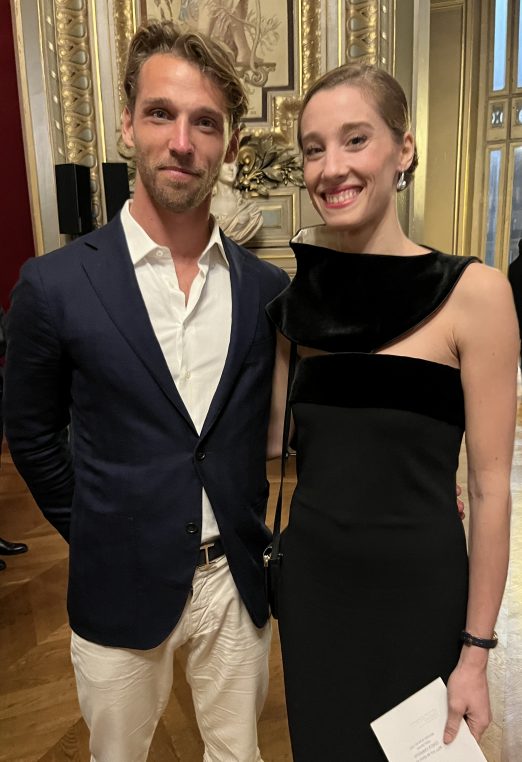 Antoine Schaller and Philippine de Sevin are the cofounders of Ballee.app

Elisabeth Platel was Rudolf Nureyev’s great dancer and she created four ballets for him, “Sleeping Beauty”, “Bayadère”, “Raymonda” and “Swan Lake”. Strangely enough, she reminded us in her speech, that she was never a student at the Opera school but won the first Prize of the National dance Conservatory in 1975, entered the corps de ballet and became an Etoile in 1981. She praised the work of Violette Verdy, Raymond Franchetti and Pierre Lacotte at the ballet. She was never a laureate of the Carpeaux Prize and was especially grateful for receiving this achievement medal! She bid her farewell to stage in 1999 and is now at the head of the ballet school. She also is on the jury of the Prix de Lausanne where I met her three years ago. 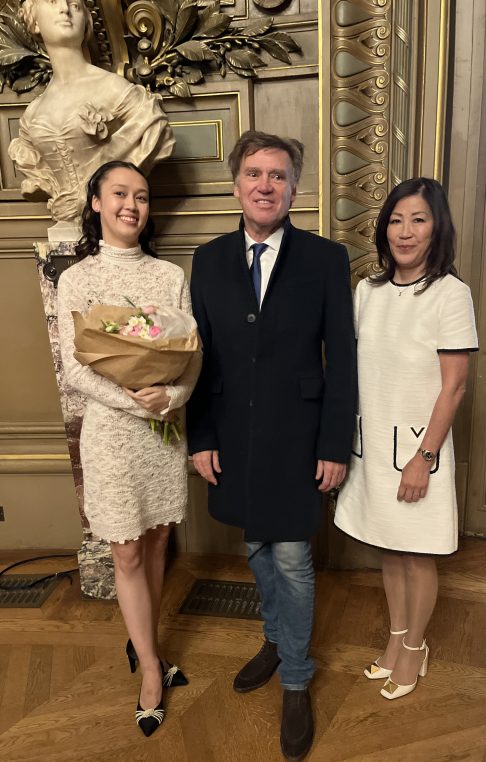 Clara Mousseigne with her father, a surgeon, and her Japanese mother

Clara Mousseigne spoke in a clear and steady voice (she gave her first interview at 12 when she took part in the broadcast Prodiges). She studied at the Royal ballet one summer in London before joining the Paris Opera. Last year she won the first Prize at the Rudolf Nureyev competition in Rimini and moved from Coryphée to Sujet. The members of the Carpeaux Jury had already noticed her in Paris in 2019. 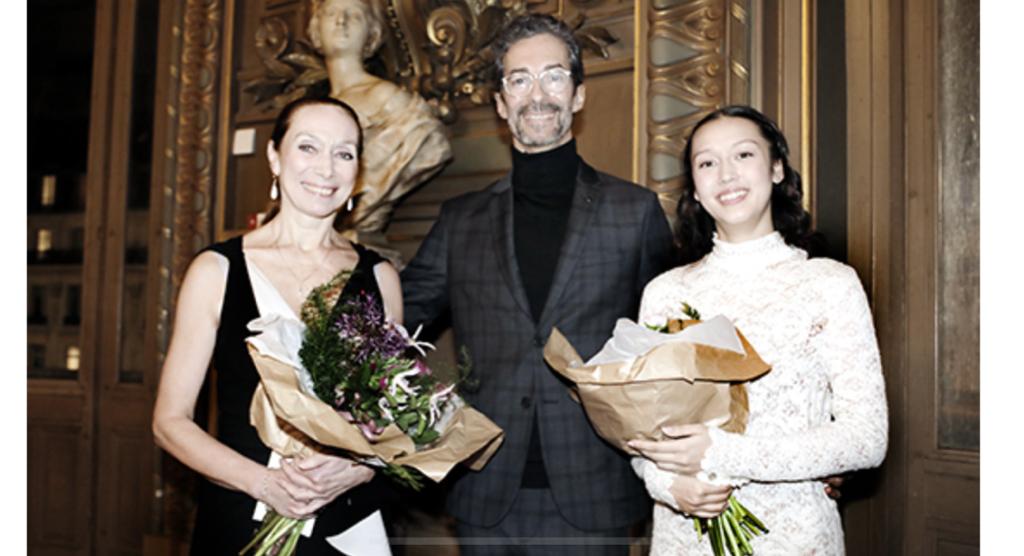 There was a delicious cocktail catered by l’Olivier with lots of champagne in the Rotonde du Glacier of the Opera Garnier,  and all the young members of Cercle Carpeaux gathered to discuss the new projects. A perfect joyful evening.