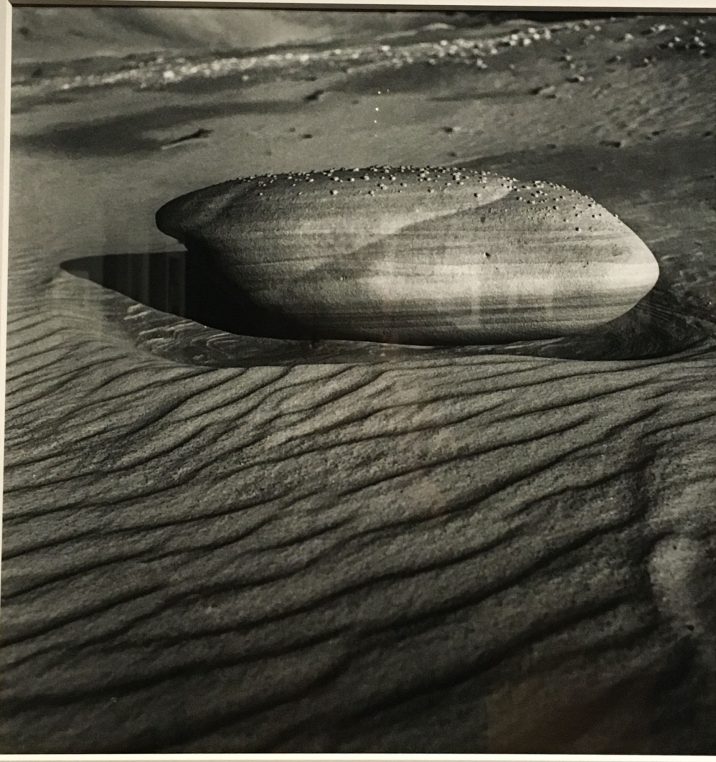 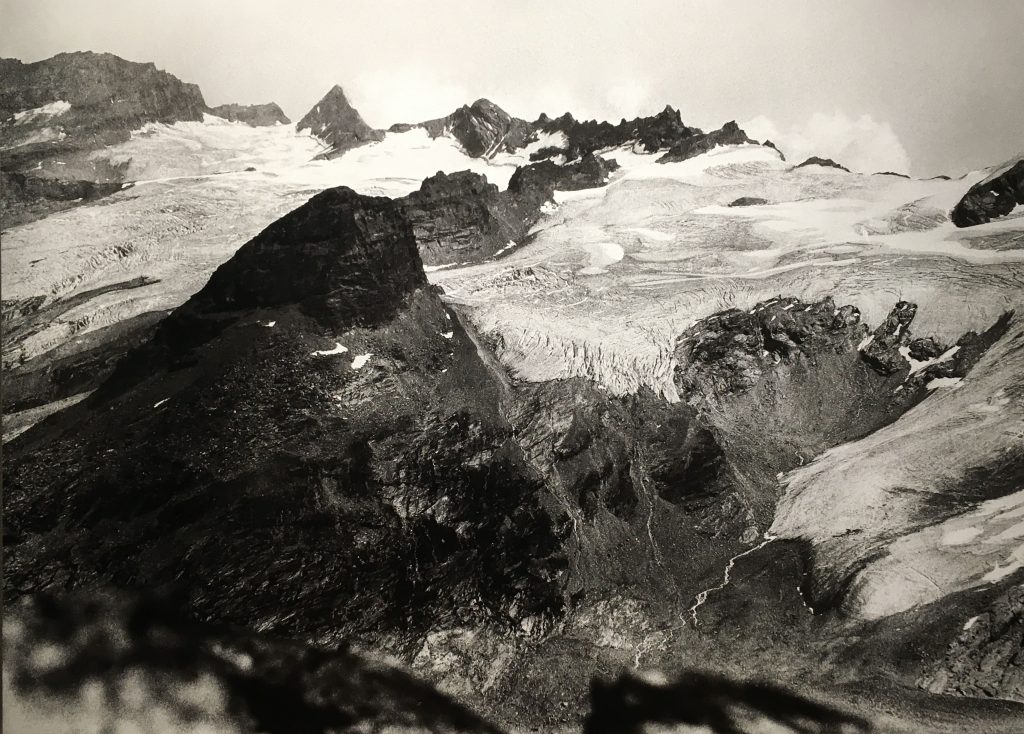 In Oisan above the village of La Grave, Hautes Alpes, ca 1931

In the large Charlotte Perriand exhibition at Fondation Louis Vuitton, I spotted a few powerful photographs and my curiosity was aroused. So as soon as I heard of the new show at Institut de France, I rushed and was happy to visit the very elegant place with the curator Lélia Wanick Salgado and  the architect’s daughter, Pernette Perriand-Barsac who worked with her mother until her death in 1999. The 48 photographs selected in the family archives by Lélia, are each individually interesting for their shape and their sharpness. She worked hard at restoring the negatives and used her experience with her husband Sebatião Salgado‘s numerous books an exhibitions, to create a gallery of exceptional prints by Dupon-Phidap. 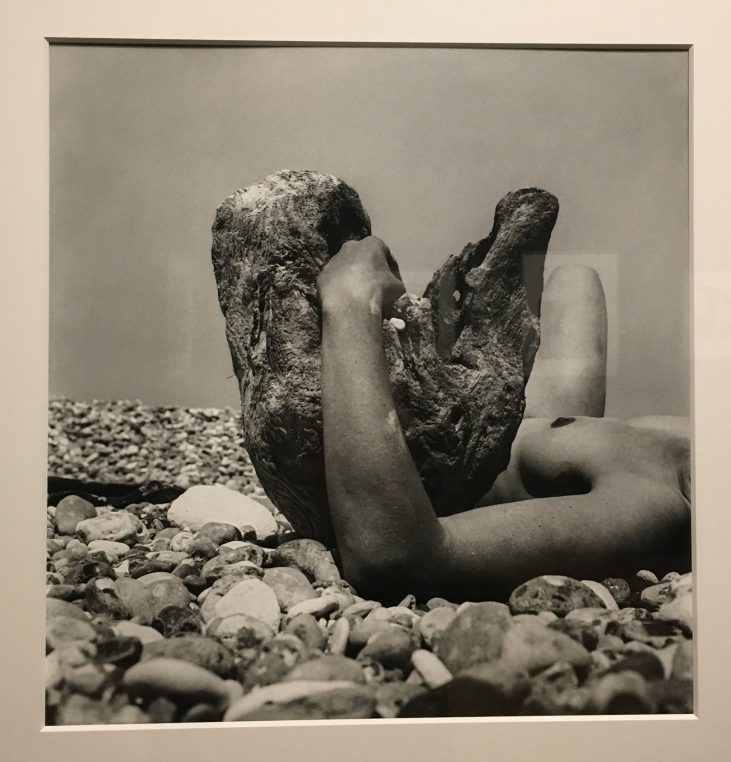 There are four main themes in the exhibition: mountains, fishermen and the sea, peasants and objects such as driftwood, pipes, stones and ice. But Perriand’s mountains are like sculptures, her fishes are accumulations, her shepherds are dressed in such elegant corduroy and tweed jackets that many men in Saint Germain des Près today are not as elegant, her objects are surreal. She travels through the Alps in 1930, stays in Vercors in 1936, and sails to Corsica in 1937. 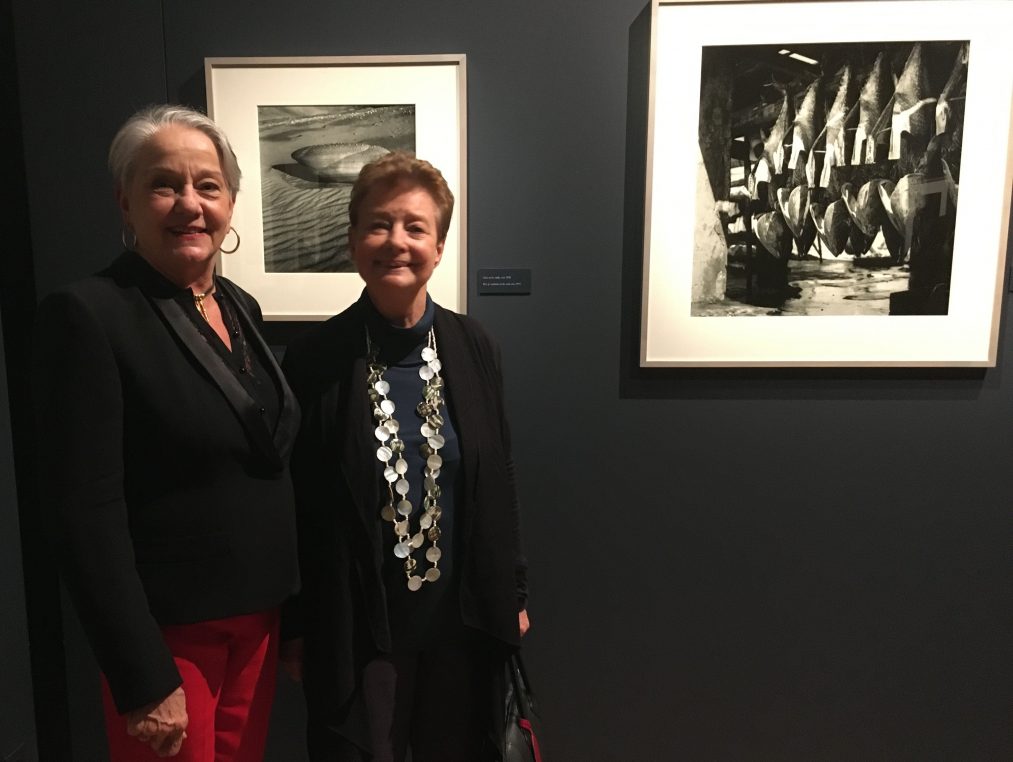 As her charming daughter Pernette said (her father was Jacques Martin, director of French Economic affairs in Indochina), she was constantly on the move and travelled extensively. There are a few shots of Japan and some taken on the ship that took her to Japan in 1940, but those I mostly enjoyed are the ones which seem to be quick notes for a future work. 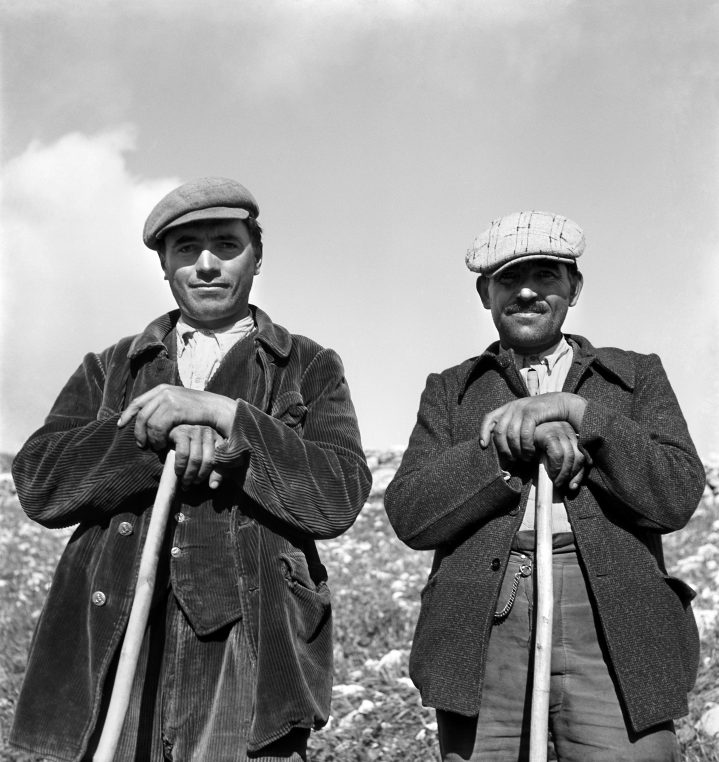 The portrait of le Corbusier with a large pipe behind him, the cut pieces scrap metal which look like a sculpture, a stone or a landscape, driftwood on a beach. Perriand was not a photographer but she used her camera to record ideas, shapes, materials. And her photographs are pretty interesting anyway. 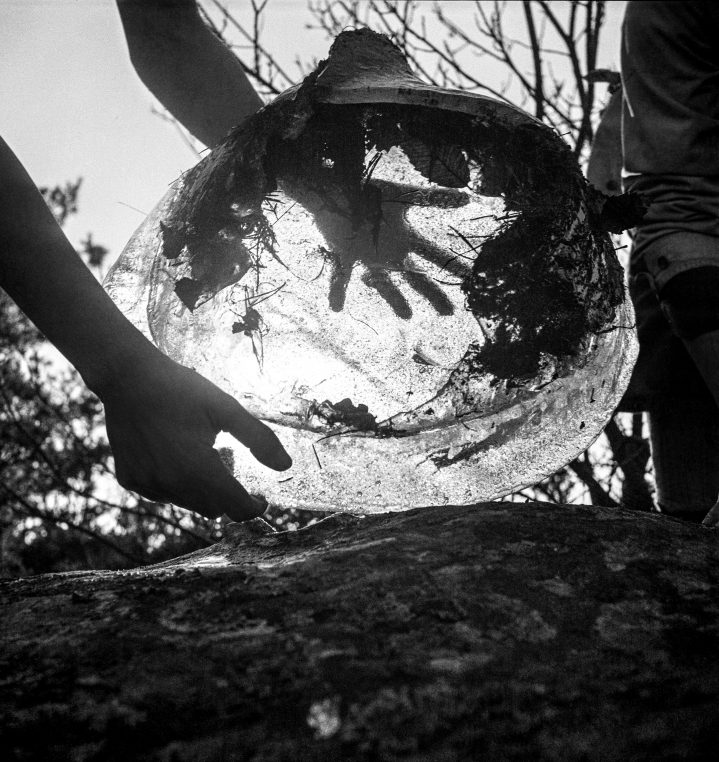 Block of ice in the forest of Fontainebleau ca 1935

The prints in different sizes give a good rhythm to the hanging and one’s eye is constantly attracted by a new image. The show is very elegantly presented on a navy blue background at the “Pavillon Comtesse de Caen” to the right of the French Académie. It is organized by Académie des Beaux Arts which counts 63 members, all very active at promoting different arts from choreography to comic books. The gallery is opened from Tuesay to Sunday, 11 am to 6 pm and entrance is free. 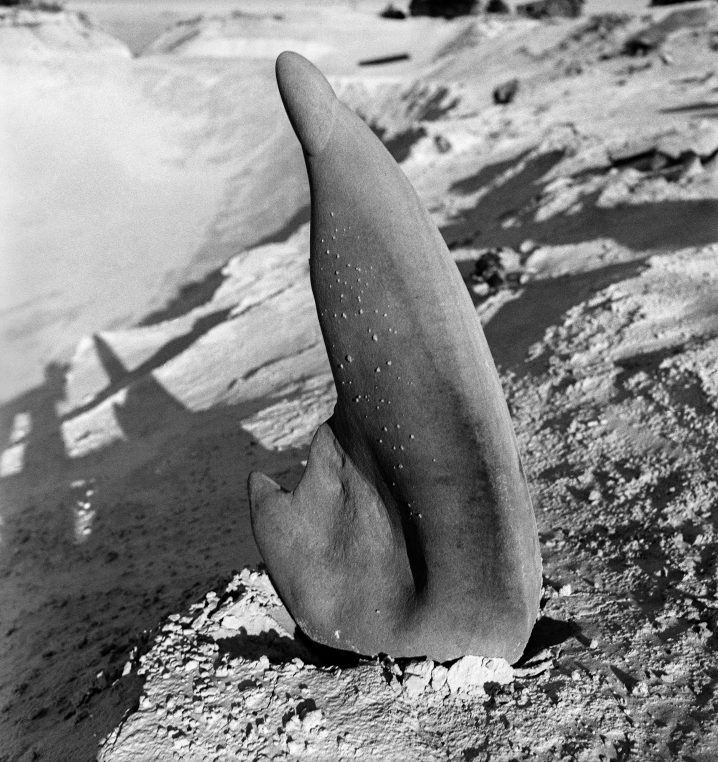 On February 20 at 6.30 pm Jacques Barsac, her son in law, will present his four books on Charlotte Perriand (Editions Norma) at the Centre Pompidou bookstore. He has also done many documentaries on architects and designers.