Four statues of the Madeleine still need your help (in red)

One of the problems of churches around the world and in Paris in particular is that they are very popular and the entrance is free. Eglise de la Madeleine is the most visited church in Paris after Notre Dame (and there are no queues) with 500 000 visitors a year and it is in need of money… A patient program of restoration of its silver collections by Froment Meurice has been undertaken by Père Bruno Horaist, an XIX th century art historian, and “Avenir Paris Madeleine”. Since today is Assumption day, don’t hesitate to pay a tribute to this beautiful church!

Before and after restoration of Christ’s christening by François Rude

The association in charge has a new campaign, “Become a guardian angel of the Madeleine” to raise 34 000 € to restore the last four sculptures. If like me, you love this church which saw the funeral of Frédéric Chopin, Marcel Proust attending the Greffulhe/Gramont wedding in 1904, and Charles Trenet and Thierry le Luron’s funeral among many other celebrities, do send a donation (from 10 to 1000€) to the online website of www.commeon.com/fr/projet/ange-gardien-de-la-madeleine.  It is not a guaranteed entry to Paradise, but you will get closer to it! 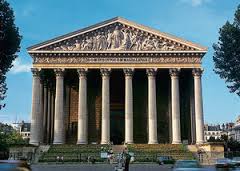 The church which is linked to Place de la Concorde by the famous Rue Royale,  was built over three centuries starting in 1757 with Louis XV th and inherited its present Greek temple look from Napoléon who, in 1806,  decided to build a monument to the glory of his army. Louis XVIII th turned it into a church which was only consecrated in 1842 under Louis Philippe. The place around it houses prestigious restaurants and shops (Caviar Kaspia, Fauchon, Eres, Kenzo, Maille) and is one of the busiest in Paris.There is little known cafeteria which serves lunch below the church and is a busy meeting point for all the professionals of the area. 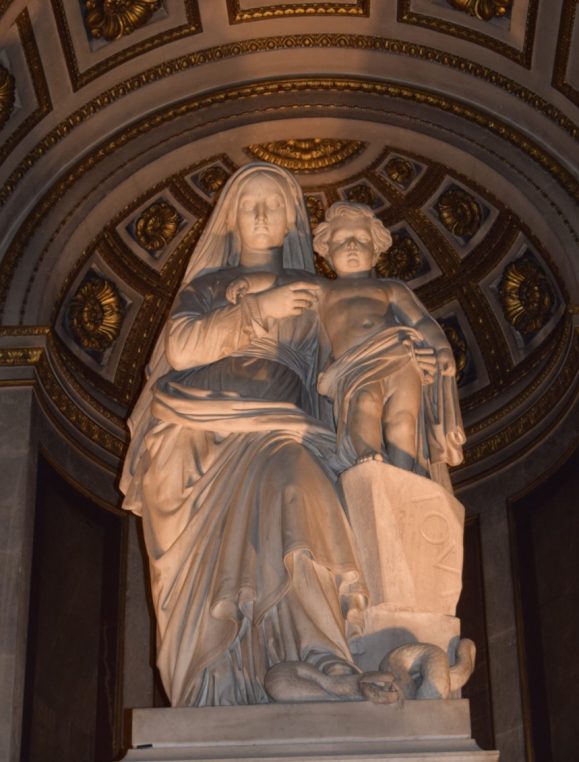 There are many concerts and special evenings at the Madeleine and on October 12 th, all Mécènes will be invited to a special visit of the church by night with the intervention of curators and conservators of the sculptures. The organist, a successor of Gabriel Fauré, accompanies the visit on the organ.  A good enough reason to contribute now… (https://www.facebook.com/angesgardiensdelamadeleine/

2 Comments on “The church of La Madeleine needs your help”