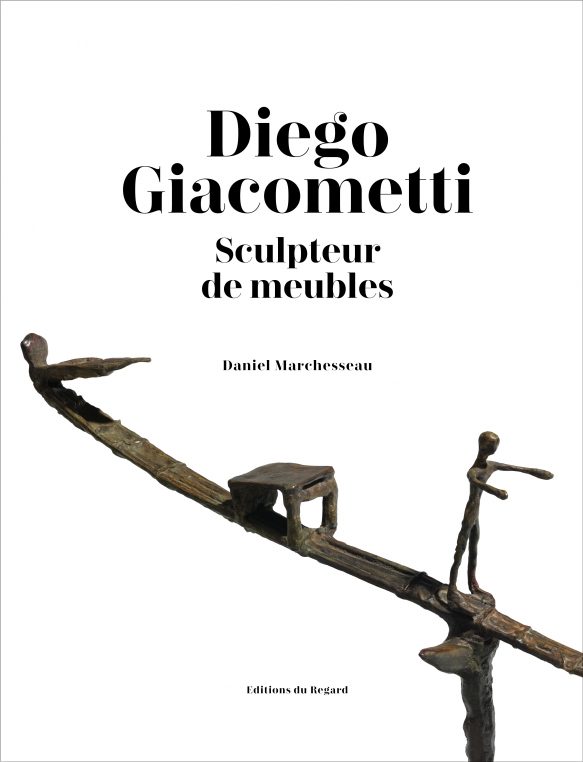 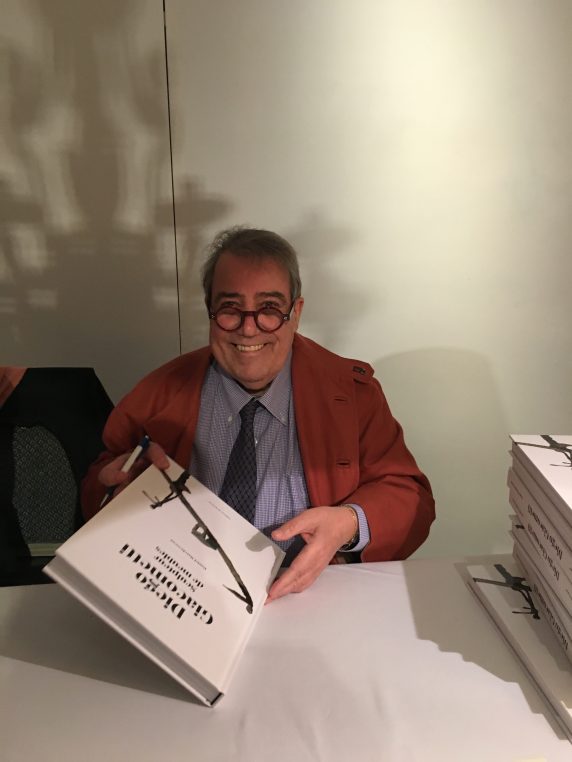 After his 190 th book signed, Daniel Marchesseau was still smiling

Some brilliant characters have the knack of bringing people together and Daniel Marchesseau, curator of over seventy exhibitions in Paris, Tokyo and Martigny, is one of them. The cocktail party organized at Christie’s for the launch of his thirty second book “Diego Giacometti, sculptor of furniture “(Editions du Regard), was the most fun, chic, amicable event of the month. And he sold over a hundred and nighty copies that evening… 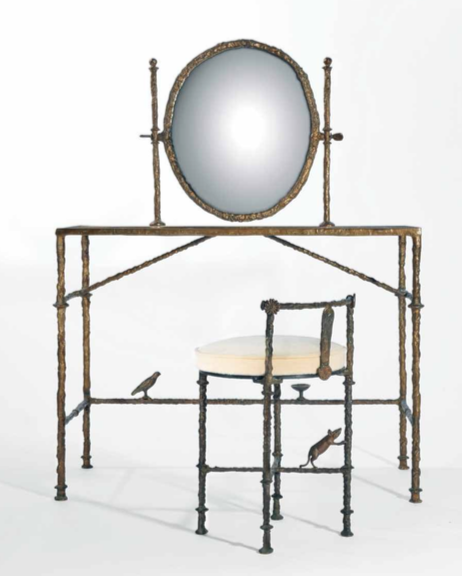 Coiffeuse with bird for Marguerite Maeght and stool with mouse, ca 1960,

Diego is the brother of Alberto, thirteen month his eldest, the son of Giovanni, a painter, and was raised near lake Sils, in Engadin, South Eastern Switzerland, where Nietzsche, Proust, Rilke and Jean-Pierre Jouve used to stay and write. Daniel Marchesseau already curated an exhibition of his work at Musée des Arts Décoratifs in 1986 in Paris.

Daniel used to work for Musée d’Art Moderne and run the Musée de la Vie Romantique and his whole team was there to celebrate the genius of sculptor Diego Giacometti whom he describes with great empathy and luminous style in the book. 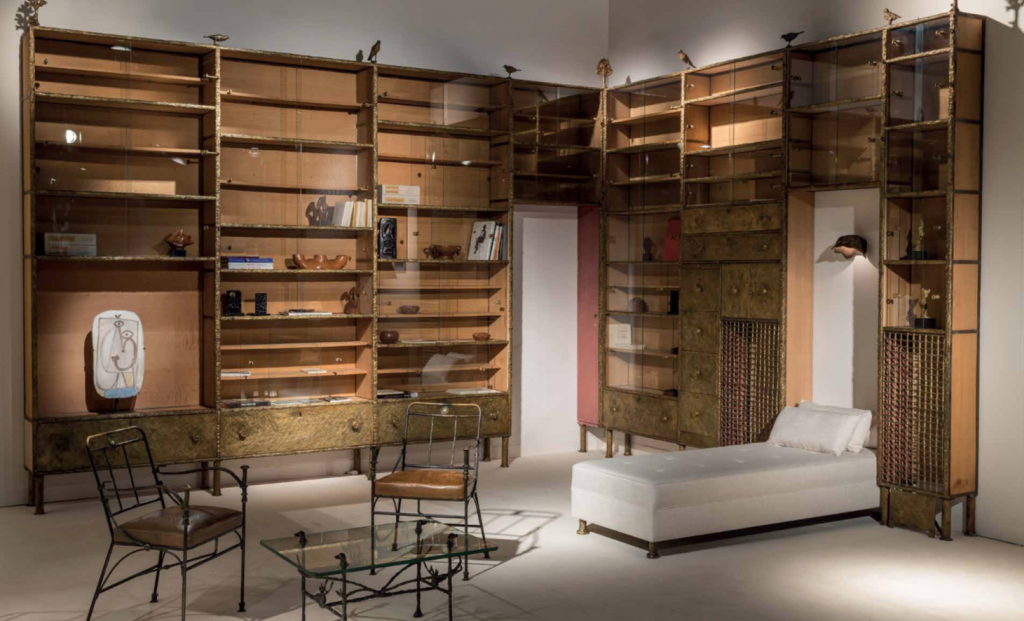 Inspired by his father, who was a painter and also a cabinet maker, he started carving wood as a child and worked at many jobs, before traveling to Cairo where he discovered the pyramids and eventually moving to Paris in 1927 to work with his brother. They would never part until the latter’s death in 1966. Their artistic world included Georges Braque and André Breton, Bérard, Dali, Elsa Schiaparelli, Jacques Guerlain, Jean Michel Frank, etc. 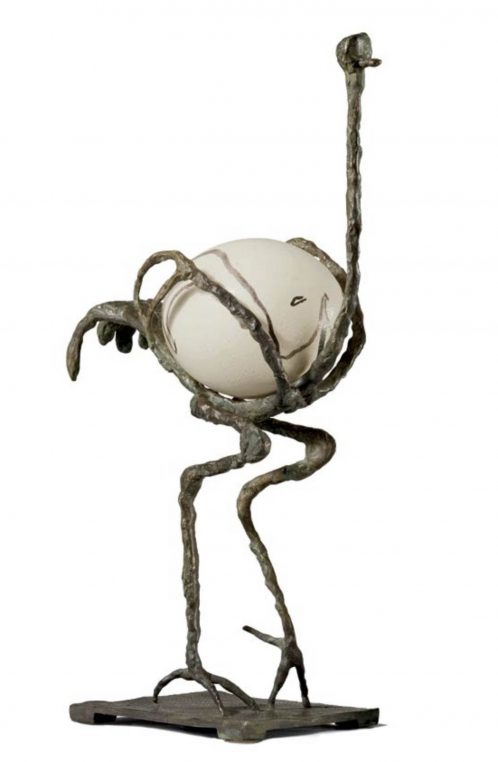 During the second world war, he stayed in Paris keeping intact Alberto’s studio who returned soon after the Liberation.  This is when he started sculpting lights for Francis Gruber‘s wife, and furniture for Aimé Maeght and Pierre Matisse. While brother Alberto becomes more and more famous, Diego is always around, discreet, with his own personality. He loves animals and sculpts them with sensitivity. Remember! he was brought up in the mountains not in a city. Little birds, lizards, wolves, doves and owls inhabit his furniture and populate his clients’ gardens. 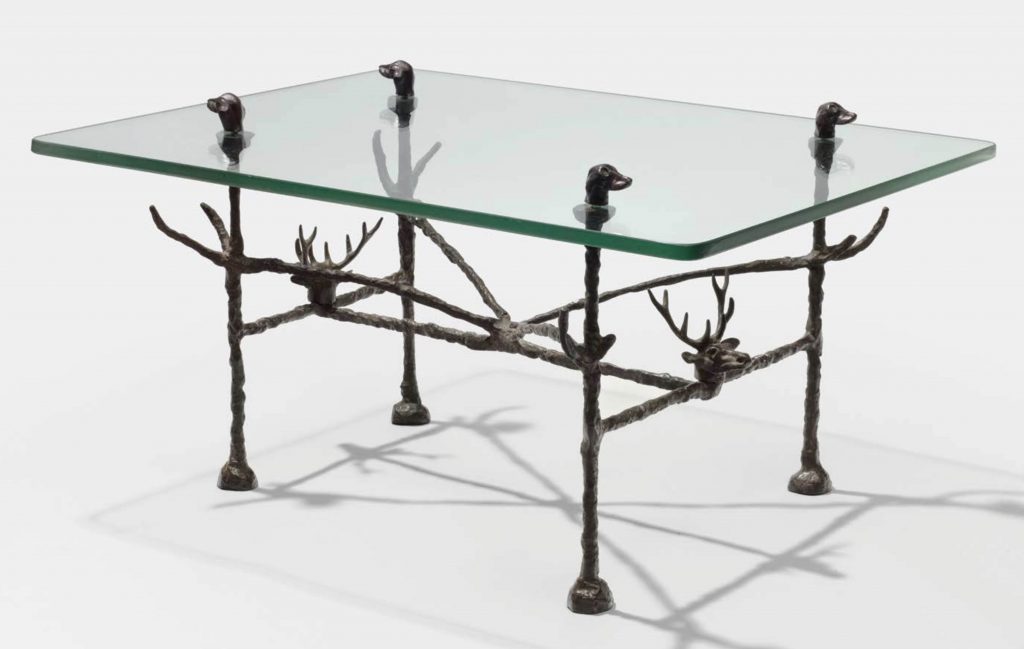 Diego works first with plaster around metallic thread. He assembles and welds his bronze figures. On March 6, 2017, Christie’s held a large sale of Hubert de Givenchy’s twenty year long collection of his furniture which put the artists front stage again. Givenchy had met the two brothers while apprenticing with Elsa Schiaparelli.

This is when the world realized how elegant his work looked in an 18 th century castle. Before the couturier, Heinz Berggruen, Eberhard Kornfeld, Marguerite and Aimé Maeght had commissioned furniture from him. He also designed their swimming pool in Provence,  with a large lizard and always more animals for the garden. 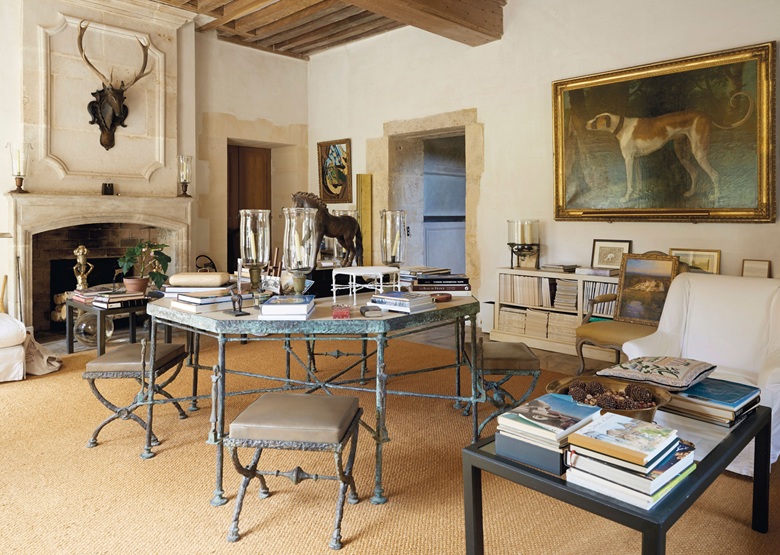 Later, he worked for decorator Henri Samuel, and made a library for his clients Romain Gary and Jean Seberg, an adaptation of the library he designed for Marie Pierre Colle (de Cico) in Mexico City. He also created a library for Marc Barbezat, founder of Editions de l’Arbalète and first publisher of Jean Genêt, which recently sold for 5M$. 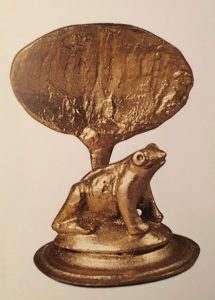 Musée Picasso in Paris has a few pieces by Diego in the hallway, some benches, a lantern representing a bird cage, bronze wall lamps in the salon Jupiter and a large suspension over the staircase all of which the artist created for the space just before he died.

After Fondation Maeght and Musée Chagall, this is the third museum that he “furnished” with the help of assistants among whom sculptor Philippe Anthonioz who was present at the book signing.

He died just a few weeks before the inauguration of the museum and nine months before the retrospective at Musée des Arts Décoratifs curated by Marchesseau. His “fonds d’atelier” was bequeathed to MAD by Bruno and Odette Giacometti. The book is published by Editions du Regard. 49€