The new David Hockney exhibition, ” A Year in Normandy” at l’Orangerie is a series of iPad paintings printed on paper pinned on the walls of the long corridor in the basement and it also includes three large paintings of waterlilies at the entrance of the Monet Rooms. It is so happy and playful that it’s worth stopping by… The British painter’s new life near Caen has generated a number of exhibitions in London and in Paris and his discretion and low key attitude have won him the love of all the locals. I particularly like his rendering of the rain which comes often! (Musée de l’Orangerie until February 14) 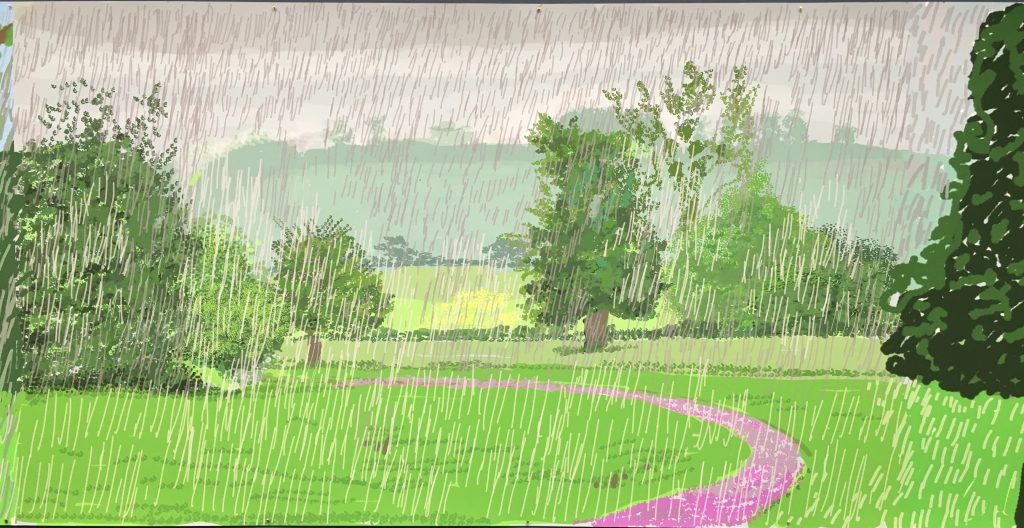 A Year in Normandy at l’Orangerie

At Musée Jean Jacques Henner, an interesting show devised with Musée Alsacien de Strasbourg, describes the huge trauma felt in Alsace (and Lorraine) by the population who had to choose in 1871, to become German or remain French (but leave their province) after the Franco Prussian war. The little known Alsatian painter has its own ravishing museum near Parc Monceau (the house used to belong to Guillaume Dubufe) which is worth visiting for its turn of the century style. He painted a number of portraits of Alsatian women wearing their large blue knot and a very moving statue by Paul Cabet, called “Eighteen seventy one” shows how dramatic the choice was for most people. “Don’t forget us” by illustrator Edouard Gabriel Gostiaux is another interesting historical lithography. More recently, Henri de Turenne directed a brilliant mini series on television about three generations of Alsatians called “Les deux Mathilde“. 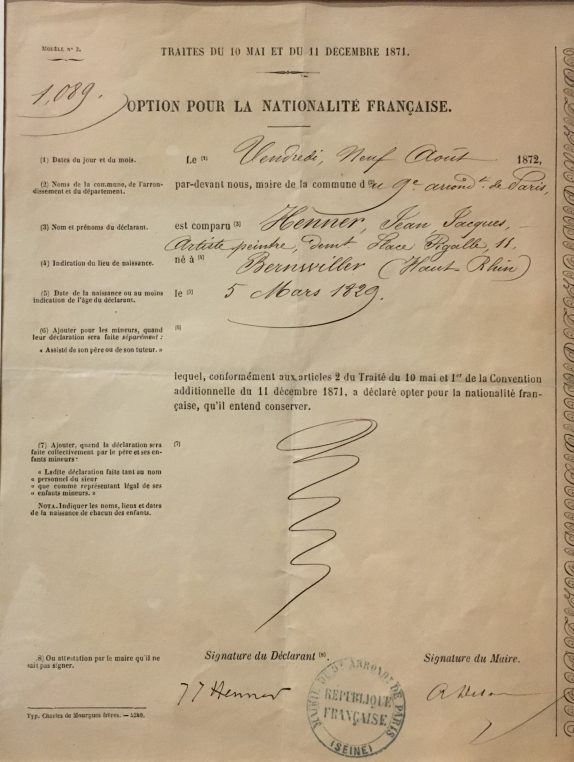 Henner chose to remain French and thus had to live outside of Alsace, in Paris

Auguste Bartholdi, Gustave Doré, Mélanie de Pourtalès tended to unite in Paris and recreate a club around their “lost province”. There is a silver piece by Bartholdi representing “the Malediction of Alsace” and a charming wedding procession by Gustave Brion. Jean Jacques Henner’s studio is on the top floor with many of his landscapes and portraits. It is reminiscent of Gustave Moreau’s in the 9 th. The two artists were contemporaries and the two houses are worth visiting especially since a La Fontaine exhibition is opening on the 26 th at Gustave Moreau’s. (Musée Jean Jacques Henner until February 7) 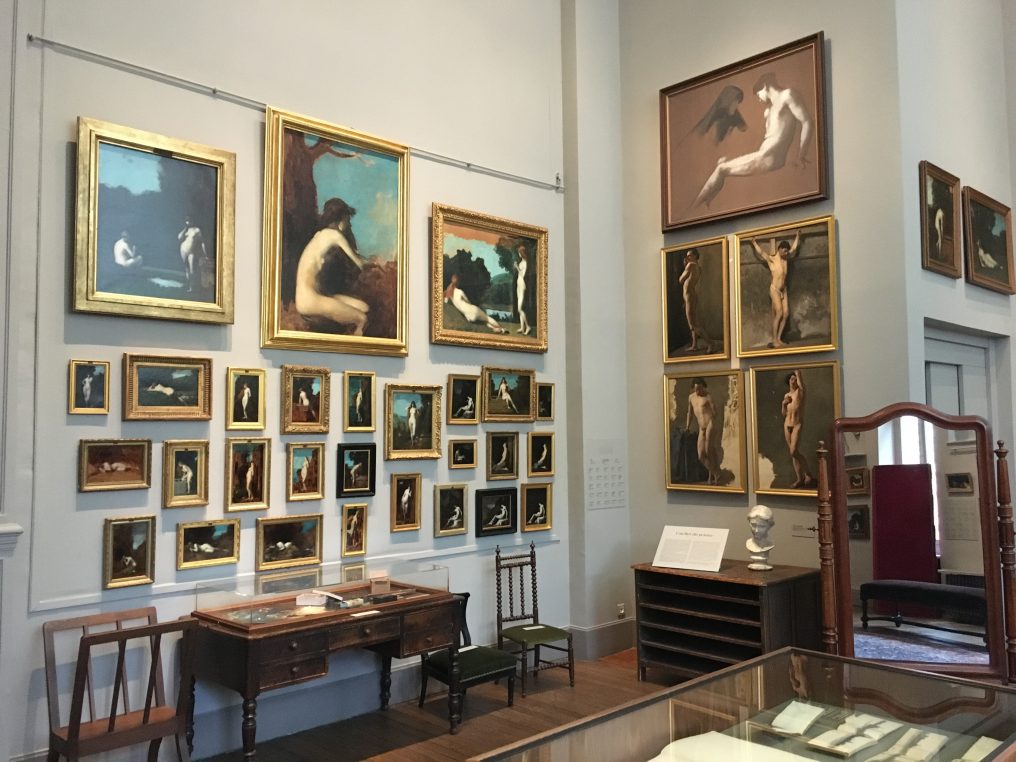 Jean Jacques Henner’s studio is on the top floor

The object of the  year is auctioned by Alexandre Giquello at Hôtel Drouot on October 21. It is the largest documented skeleton of a triceratops dinosaur “Big John”, which measures 7,15 m (23 ft 5 in) from snout to tail tip as the certificate by the Guiness world records confirms. The party on rue des Archives catered by Eataly was a high moment of the past week and the numerous objects of “Naturalia” surrounding the Dinosaur which is lot n°1, will turn rooms 5 and 6 at hôtel Drouot into a hot spot at 3 pm this coming Thursday. 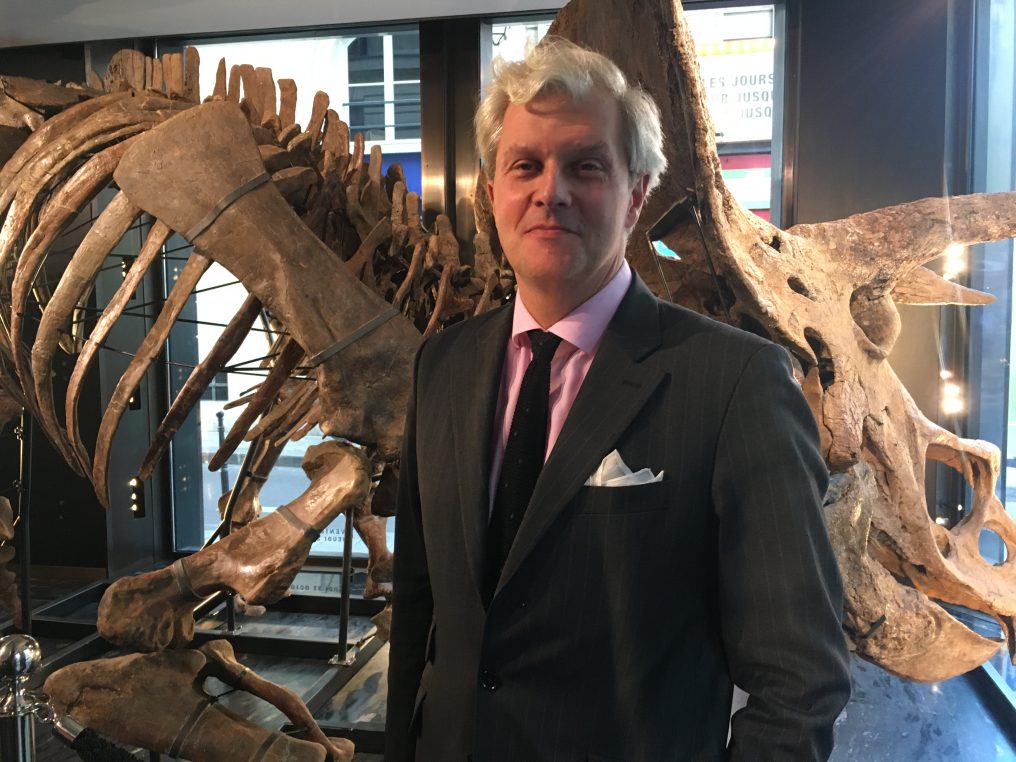 Alexandre Giquello will auction Big John on Thursday at 3pm

The skeleton was discovered by geologist Walter Stein in South Dakota in 2014 and it was restored during six years in the laboratories of Zoic, the leading Italian paleontological company. Its remains were found in as single fossil layer within a relatively small quarry in privately owned land at Mud Butte Ranch. Big John’s elements were still partially articulated at the time of the collection. 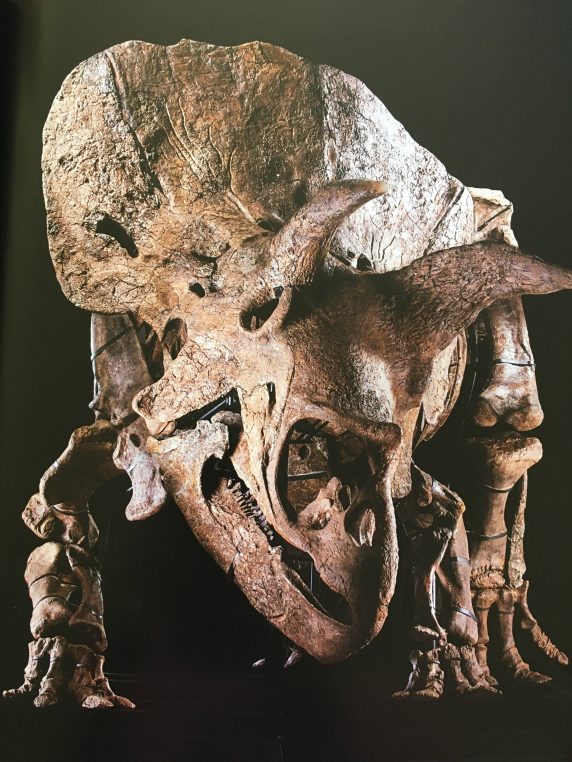 3 Comments on “Do not miss this week, David Hockney, the auction of the largest skeleton, and more…”