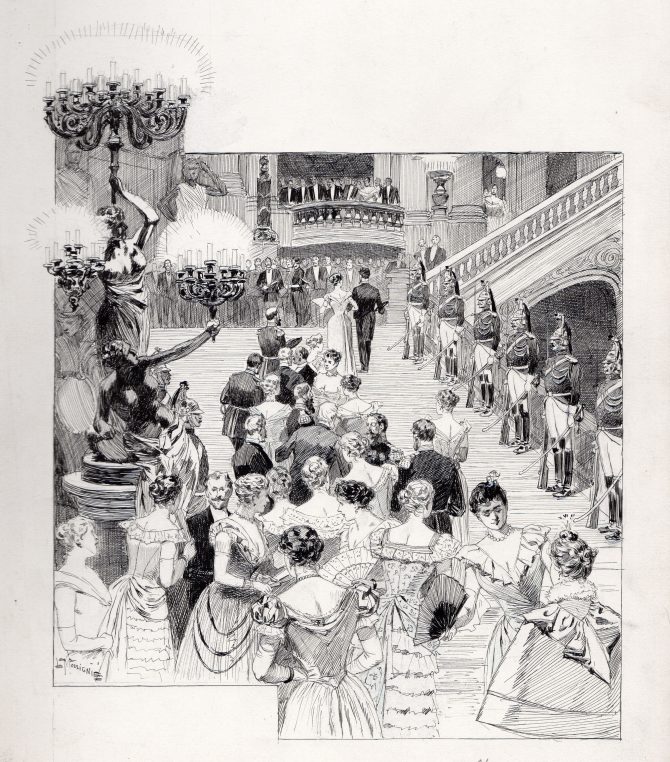 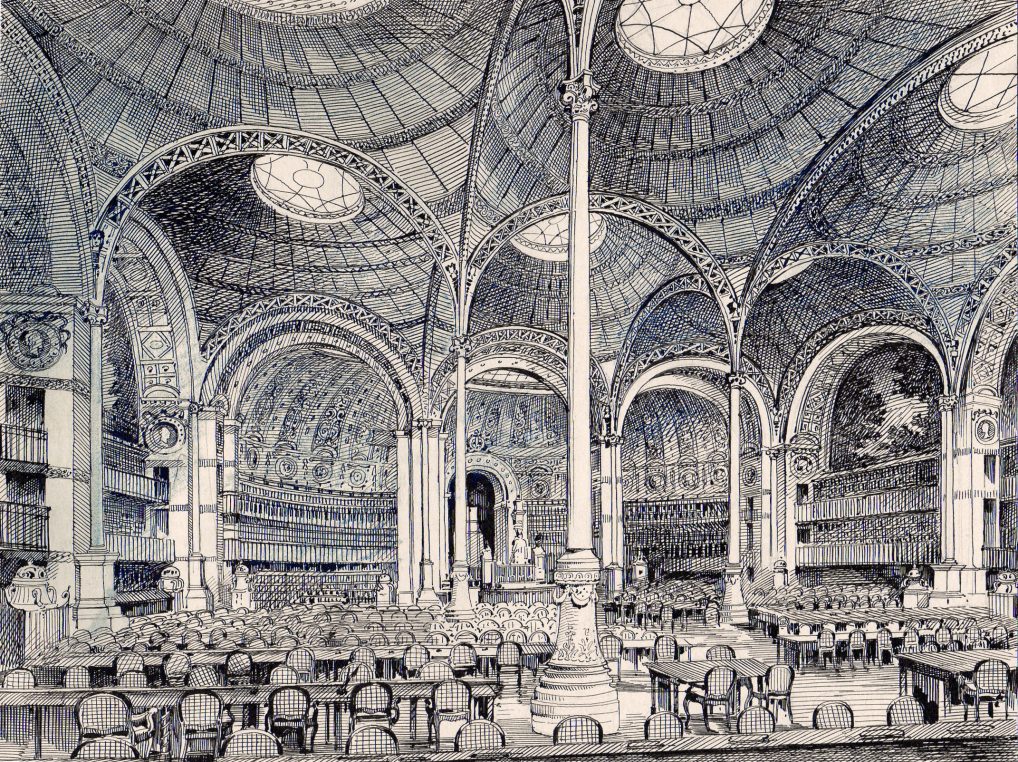 It is an exceptional work of research that was performed by the two owners of Galerie La Nouvelle Athènes, Damien Dumarquez  et Raphaël Aracil de Dauksza, in finding out more about obscure artists who represented the monuments and streets of Paris for the 1889 and 1900 Expositions universelles. Three drawings of the Eiffel Tower (1888) are very rare but I was mostly fascinated by the views of the Paris Opera just after it was completed by Charles Garnier and the rue de Rivoli, the Louvre, the Institut, and panoramas of Paris including the Seine and seen from Notre Dame. The catalog is online and you can buy these drawings which are preparatory to prints for very modest amounts starting at 300€ for “La Bourse” by Gustave Fraipont. 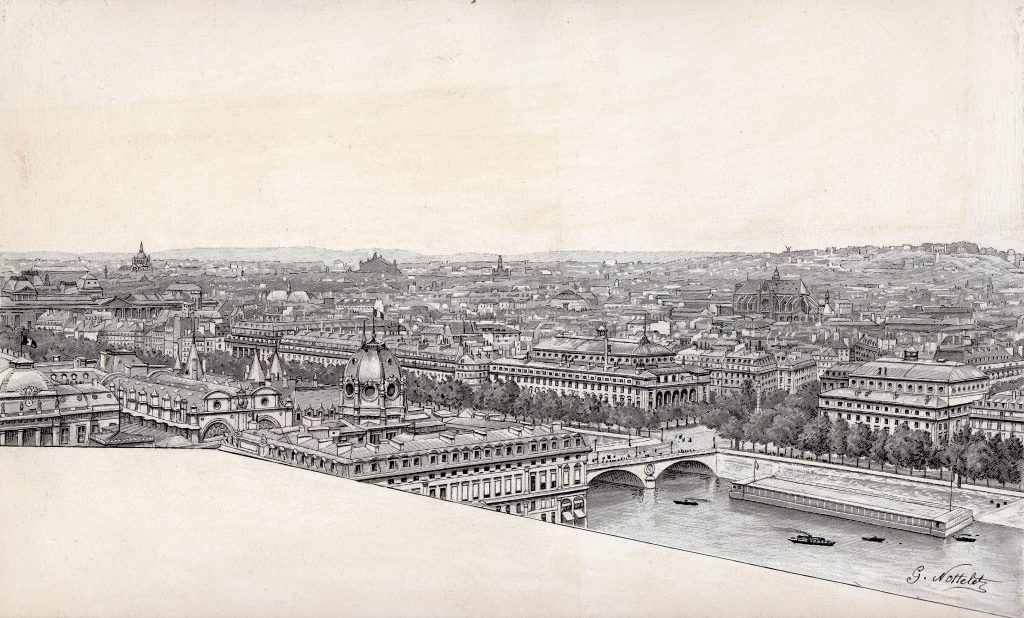 Gustave Nottelet, panorama of the right bank as seen from Notre Dame, ca 1890, ink on paper, 700€

The Marché aux fleurs (flower market) of Ile de la Cité by Polish born illustrator Edward Loevy is great fun with its numerous characters (500€), but what is most impressive are three incredibly detailed views of Bibliothèque Nationale, Palais Garnier by four different artists, musée du Louvre and all the wide panoramas. Of course the dimensions of these drawings are often small (15 cm by 20 cm) and the larger ones of Notre Dame or Fontaine Molière are slightly more expensive around 1 200€. 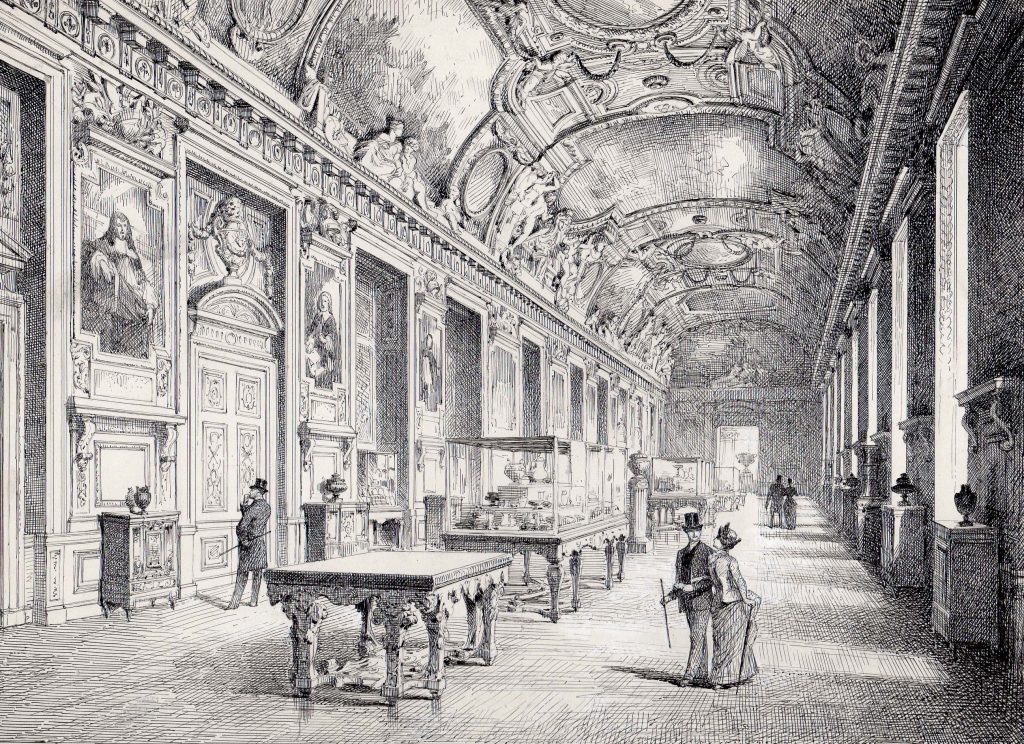 Paul Nac’s ink of l’Institut as seen from the Louvre is charming and the bouquinistes by Emile Mas very lively. Fontaine Molière, Fontaine Medicis and Fontaine Saint Michel are exquisite as is the luxuriant garden of Ecole des Beaux Arts, a surprising drawing by Paul Emile Mangeant.  While talking on the phone to Damien Dumarquez, at the gallery, I learned that it took him and his partner, years to find out the dates of the artists and all details on them because they had been totally forgotten over the years. 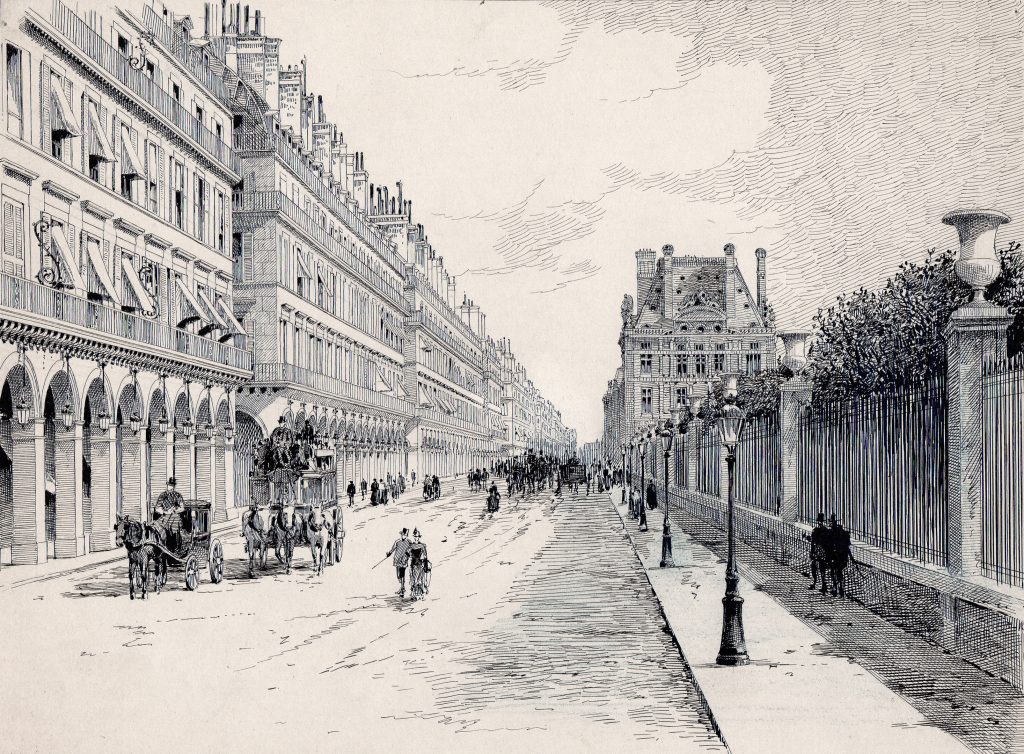 I think that Gustave Fraipont is my favorite but all depends of which monument you are mostly touched by? As soon as galleries are allowed to reopen, probably on May 19 th, Galerie La Nouvelle Athènes will have an exhibition of exceptional drawings and watercolors which is already featured in a catalog. Sadly most of them are sold to museums and Fondation Custodia but a drawing by David and a caricature of Baron Taylor, the mecene of many 19 th century painters, are still available. 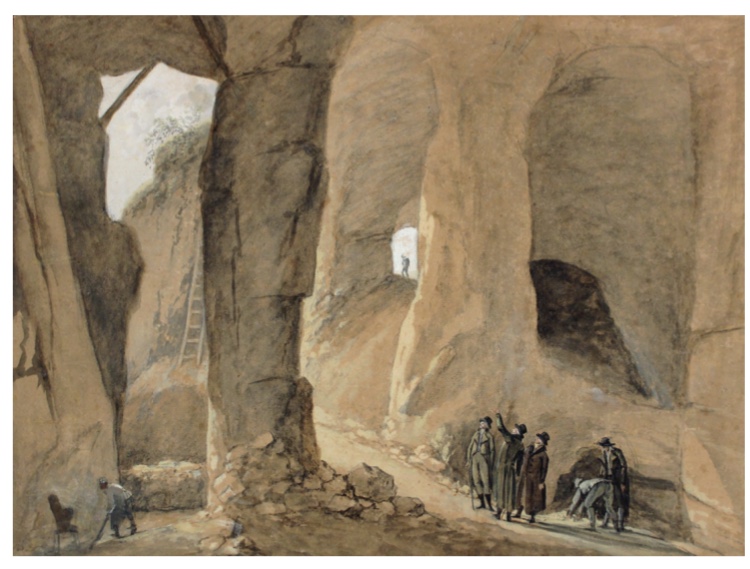 So make sure to go and visit this charming gallery which spécialisez in 19 th century paintings and works on paper. It is next door to the Musée de la Vie romantique on rue Chaptal and is full of surprises which are often very accessible.