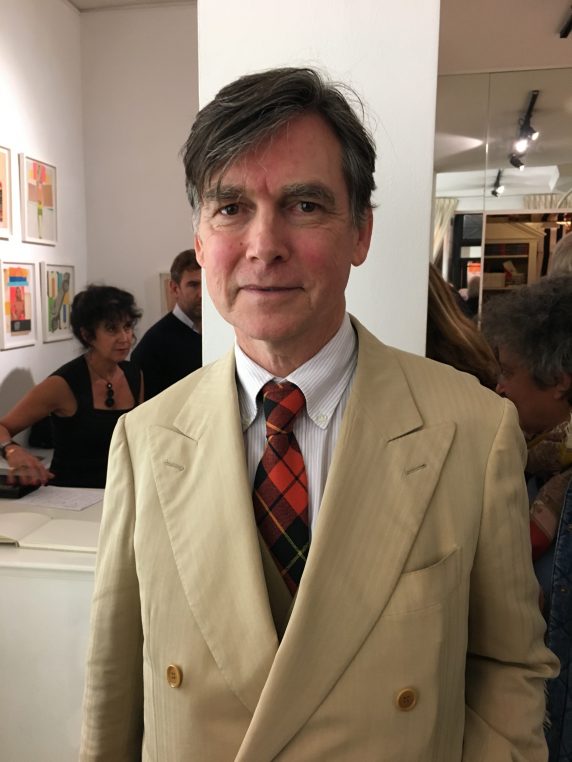 Artist Duncan Hannah at the opening at galerie Pixi, in Paris

His British chic is unmissable and yet he breathes a definite American allure of naughtiness. Duncan Hannah was opening his first ever exhibition in Paris at galerie Pixi, run by Marie Victoire Poliakoff, and suddenly the sidewalks of rue de Seine were filled with Transatlantic jet setters who had spent last week end in Milbrook, N.Y. and were « training » to London for the week end. His charm and talent are intact. 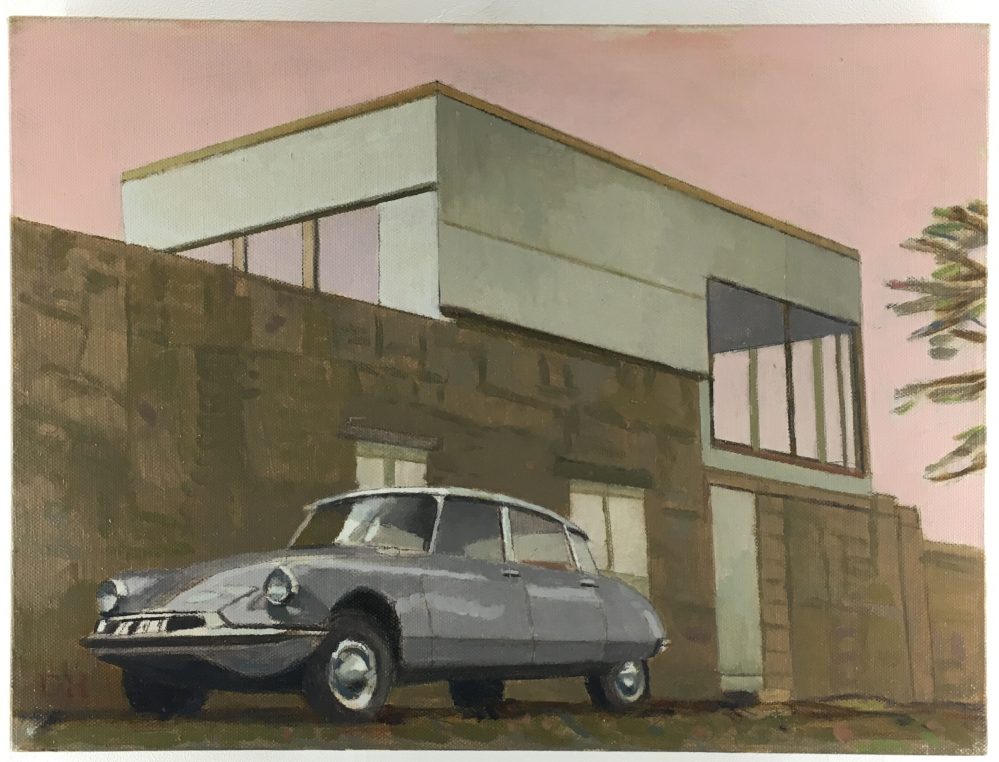 His paintings and collages are simple and décalé, slightly nostalgic with their 1950’s look, very literary and completely generational. At 65, Duncan Hannah, whose partner is art director at Vintage, has three exhibitions going on at the same time, including one at MoMA, startitng next month. His life is a novel, starting in Minneapolis when he was expelled from high school for selling LSD and very soon exploding in New York with rock and roll concerts, pop art, and love occupying a large place in his studies. 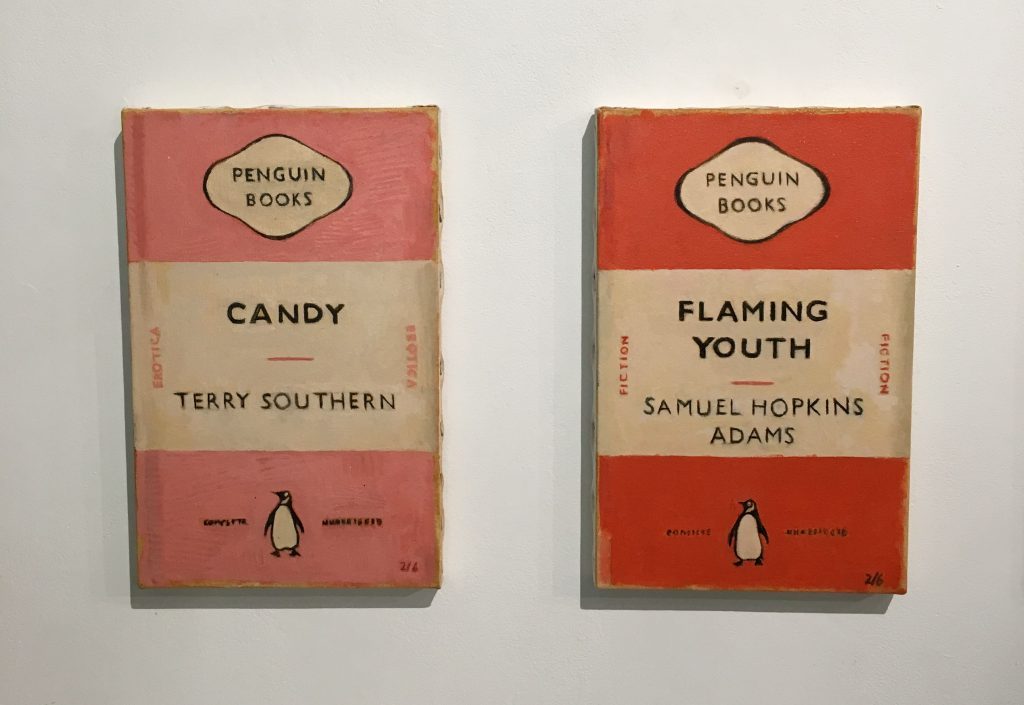 Anachronism or anticonformism, the style of his paintings was formed at (then little known) Bard college and at Parsons School of design. They can either puzzle or please you immensely. For all of us who lived through the seventies in New York (which Duncan compares to the twenties in Montparnasse for their artistic ebullience), our world was made of careless times,  of great independence and of unlimited sex. Living was cheap in Manhattan and we had fun. All of which he brilliantly narrates in his diaries, « 20 th century Boy » which are to be published by Knopf next March. 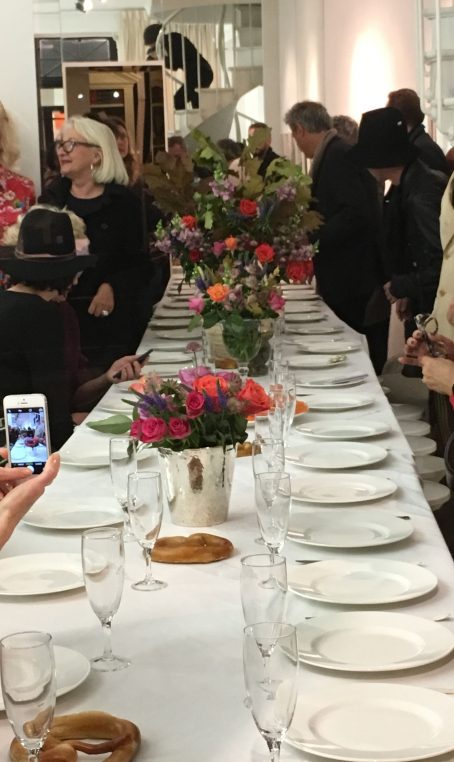 The very pretty table surged suddenly in the gallery

He was friends with Andy Warhol and took part in “The Times Square Show” in 1980. Always close to literary circles, he has contributed many book covers and worked for the Paris Review. His little Penguin Books are among the prettiest paintings in the show. 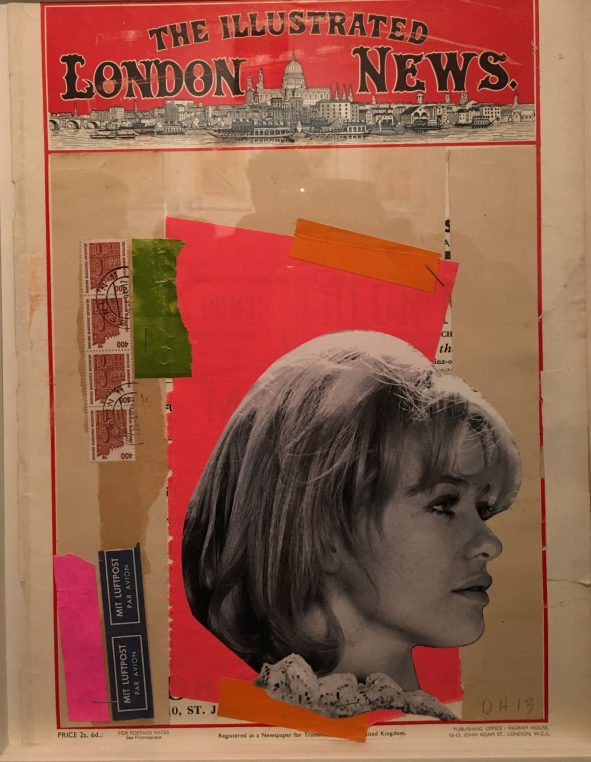 Extremely handsome and charming, Duncan Hannah has retained the sense of humor and independence of mind that a bright boy born in affluent Minneapolis could carry through life. He has exhibited everywhere in America, including Great Barrington and the Metropolitan Museum, and at Rebecca Hossack, a gallery I love in London. The softness of his paint, the tenderness of his topics fascinated Marie Victoire Poliakoff who went to New York to ask him to show at Galerie Pixi.

Marie Victoire Poliakoff has a flair for charming and talented artists

The opening, which coincided with FIAC at Grand Palais, attracted many chic Italian and French collectors and the dinner of blinis and smoked salmon, served spontaneoulsy in the gallery, was a huge hit.

Do go and have a look at 95 rue de Seine. You will enter a world of things past, full of poetry and charm. (until Dec 9)