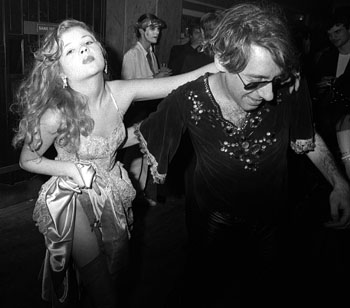 One of the best books of the moment for its excellent writing and the perfect 1980’s lifestyle it describes, is Eva Ionesco‘s “Les enfants de la nuit” (children of the night). It is the story of how she, 11 1/2 years old met Christian Louboutin, 13 1/2, on the street, near her house, and how they discovered they were (not) attending the same lycée at Porte Dorée in the East of Paris. She was an abused child to her mother who made her pose for Lolita type pictures and films and lived off her money. She dressed with 10 cm high heals and wore mascara and they went out every night with Vincent Darré, to gay nightclubs, first at “le 7” on rue Sainte Anne, later at “le Palace” which will be the theme of an exhibition in October at MAD. They went rollerskating at la Main Jaune in Montreuil and socialized with the entourage of Yves Saint Laurent, Andrée Putman (who had children their age) and in Rome, Dado Ruspoli. Diane de Beauvau Craon is featured often in the book as an actor of night life of the time. She publishes her own Memoir “Sans départir” and will sign it at Galignani‘s on May 24. 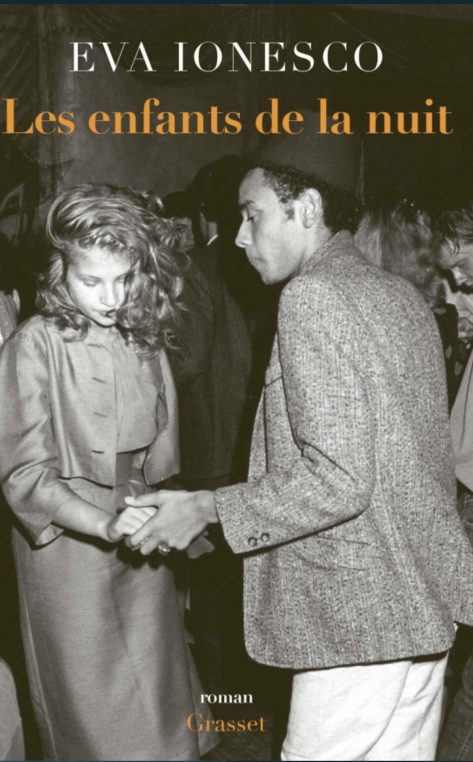 Eva Ionesco who was one of Pierre et Gilles‘s baby dolls, acted for Patrice Chéreau at Théâtre des Amandiers in Nanterre, directed two films on her youth “My Little Princess” in 2011 and “Une jeunesse dorée” with Isabelle Huppert cowritten with her ex husband Simon Liberati, in 2019. This is her second book and it is fascinating on the psychology of young (naughty) adolescents. It also gives a perfect account of the wild times in Paris in the 1980’s. Her intelligence and her sharp literary style make it the most enjoyable read. 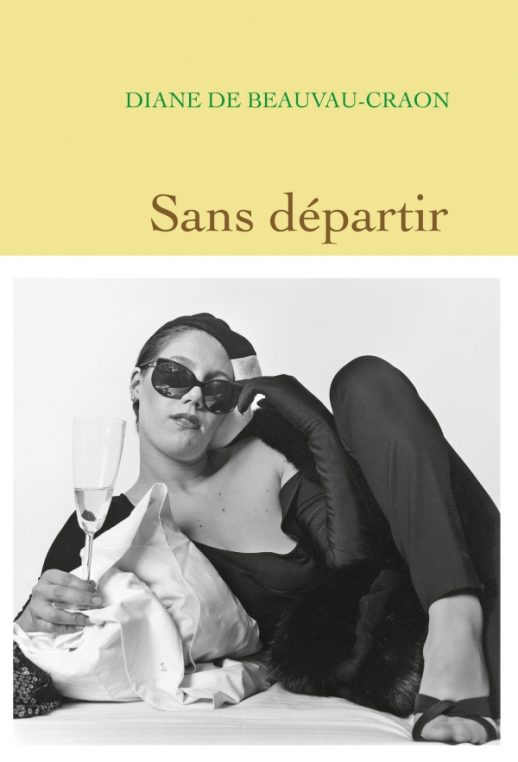 Diane de Beauvau‘s life takes place in the same years and in some of the same nightclubs, but is very different. Born a Princess in her father’s castle of Haroué in Lorraine with a multibillionaire Bolivian grand father Anténor Patiño, nicknamed the King of Tin, Diane started her career a woman of style in New York, as Halston‘s assistant. She was so much fun that he introduced her to his friends, Andy Warhol who called her “The Princess de BOBO”, and put her on the cover of Interview magazine, with photographs by Robert Mapplethorpe, who soon became a close friend. Diane had a chic for developing love relationships with gay men. They spent their week-ends in Montauk or on Fisher Island with Lisa Minelli, Elisabeth Taylor and Bob Colacello, Mick and Bianca Jagger and Elsa Peretti. They had dinner at Elaine’s of course on the upper East side, and much cocaine and white wine were consumed. She lived at the Westbury where her grandfather was footing the bill. 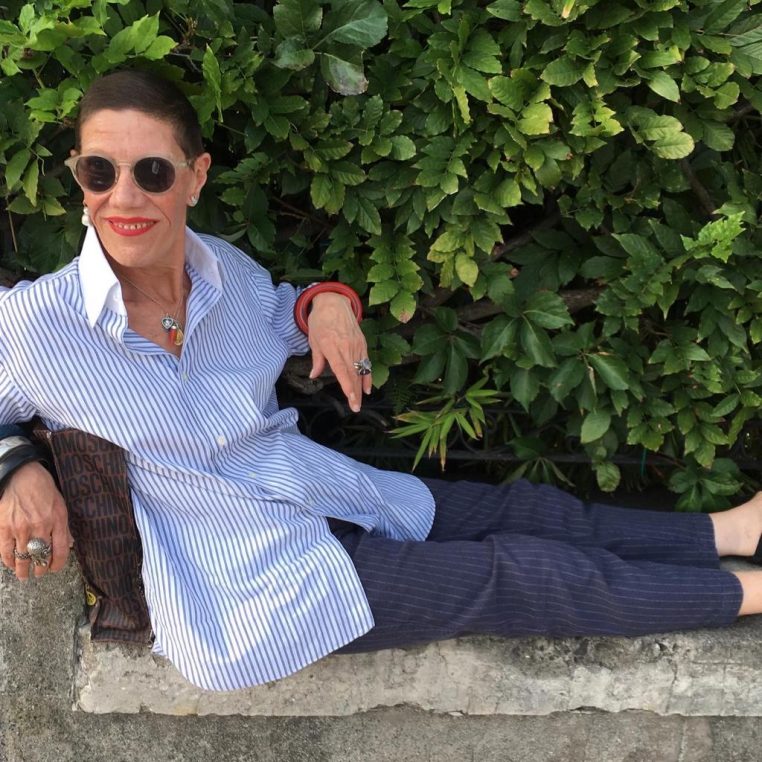 One evening, Andy Warhol came to pick her up with Robert Rauschenberg to take her to a benefit and she was wearing a white painter’s jacket. He said: “Well I think that I have to fix it a bit” and he told Rauschenberg “let’s make her suitable”. “Andy always carried a box of pastels on him and they both started painting on the front and the back of the white jacket and I ended up going to the gala wearing this unique double painting”.

Robert Mapplethorpe used to take her to gay bars where she passed for a young boy, and she left when they all dived in the back room. She also befriended Margaux Hemingway and was the intercessor between François Catroux and Halston for the decoration of her grandfather’s apartment in the Trump tower. The description of the famous blackout of July 1977 in New York City is also a highpoint of the book. 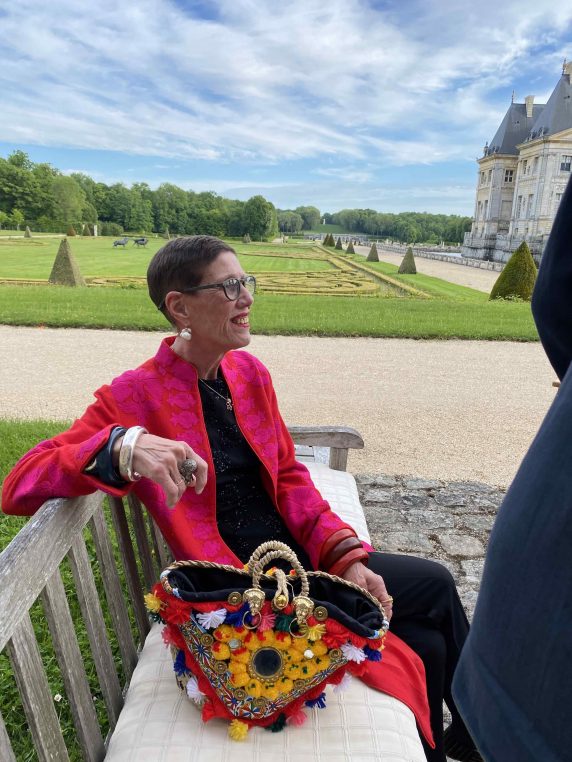 Diane tells with a lot of humor how she had a special talent for loosing valuable things like the famous jacket painted by Warhol which disappeared in a night club and a very expensive diamond necklace by Elsa Peretti which went down the loo one day, when she was particularly high. She also tells of her four marriages including the one to a very handsome Maroccan, Ahmed, with whom she had a son in Tangiers. Maurice Béjart choreographed his bolero with Jorge Donn in her house. Jorge became her son Younès’ godfather later in life. But this marriage was another tragic story which she survived.

The last chapter is an optimistic one. She has been married to the  same man, Christian Dual,  for almost twenty years and lives happily in Naples.

Both books are published by Grasset. Château de Haroué in Lorraine, which belongs to the Beauvau Craon,  is open to the public.

One Comment on “Eva Ionesco and Christian Louboutin are so fun! And so is Diane de Beauvau Craon…”