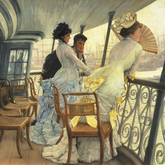 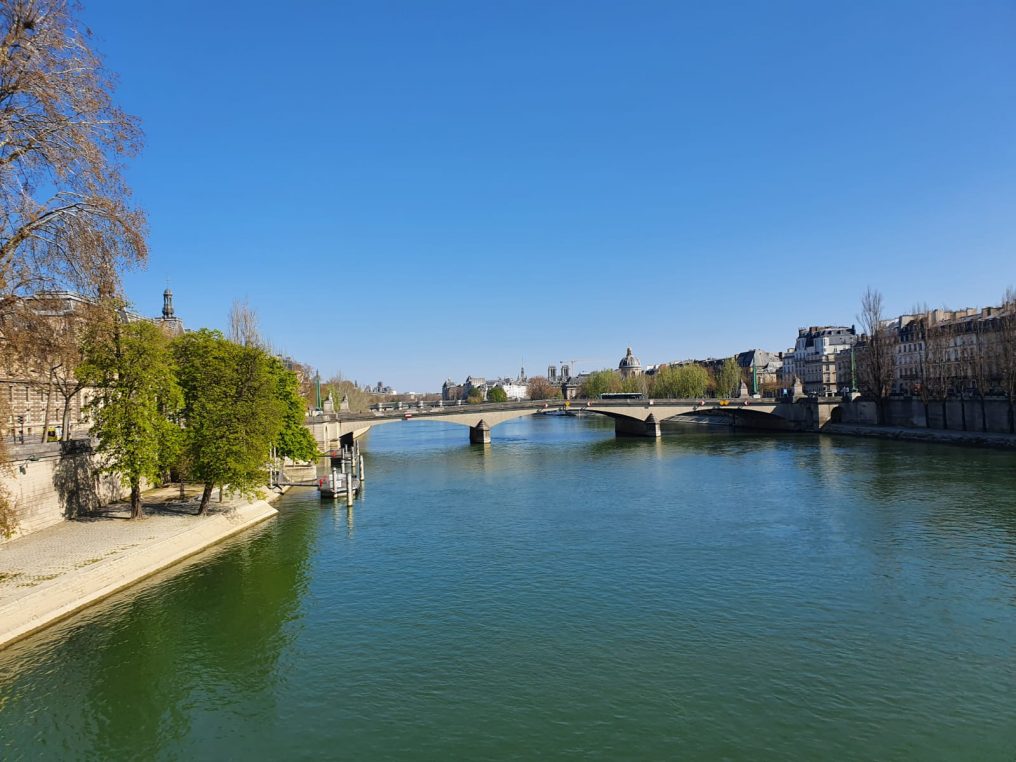 The Seine seen from the Pont Royal, at the Louvre, photo Véronique Goupy

Normally, the week was going to be intense, much too intense: it should have started with the opening of the new Chanel wing at Palais Galliera which was under construction for the last two years. It is publicized online as the first Museum of Fashion in France? Olivier Saillard turned the museum into a trendy fashion space, let’s see what happens now? But I remember the opening of the fashion museum at MAD when Pierre Provoyeur was running it, in 1986… So there are now two museums of fashion in France. 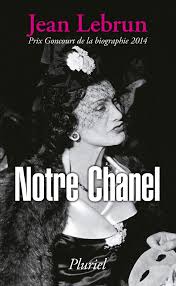 A biography of Chanel through her houses by Jean Lebrun

Many false ideas have been published about Coco Chanel, the great couturière, and a book published five years ago by Jean Lebrun, Notre Chanel,  establishes the truth on her childhood and mature life, through the different houses she bought and rented in all areas of France. It won the Prix Goncourt de la biographie and I highly recommend it if you read French.

The same day, the exhibition “Pompéi”  at Grand Palais was also going to be the highlight of spring: you can have a look at the videos put online by the RMN, Réunion des musées nationaux and visit it virtually.  Now I understand why there were so many broadcasts on Pompéi this week on tv.

At Musée d’Art et d’Histoire du Judaïsme, MahJ, “Chagall, Modigliani and Soutine in Paris 1905-1940” should last until August 23. “James Tissot” at Musée d’Orsay in association with the Fine Arts Museums of San Francisco was going to be another great attraction (until July 13). And Giorgio de Chirico at L’Orangerie also. This week was definitely too busy. 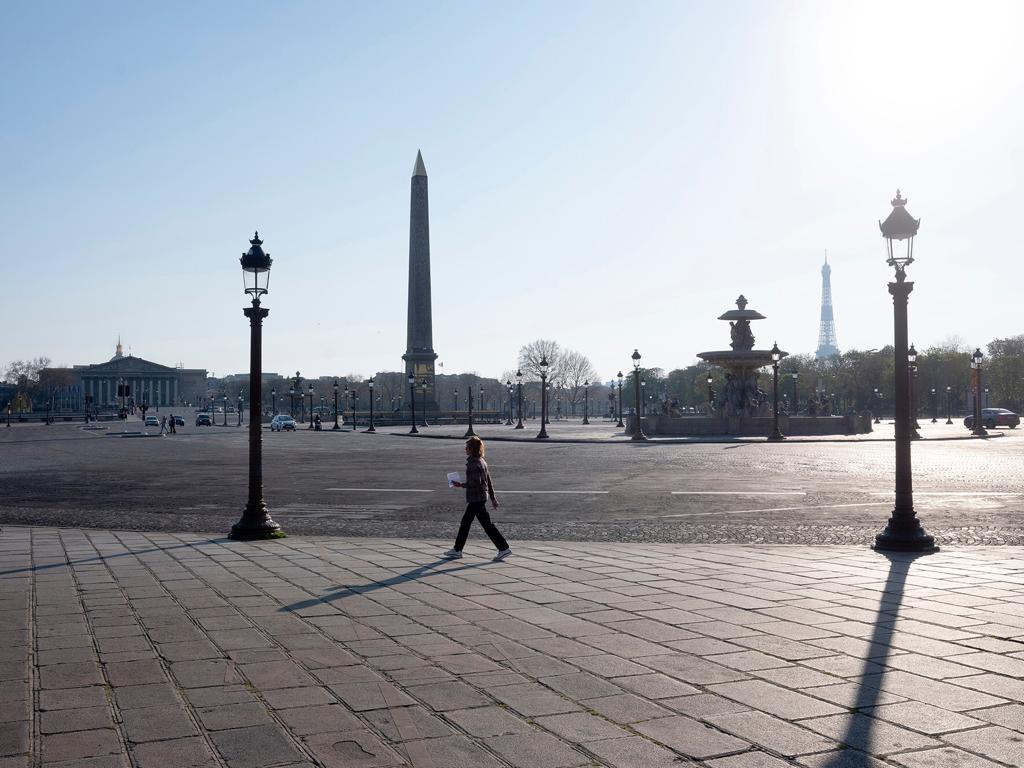 Art Paris, the art fair, was going to open on the 1st of April and Claude Bernard had designed an entirely  Spanish booth with Pedro Moreno, Xavier Valls, Luis Monsas and Luis Fernandez. At Musée Maillol, “Spirit are you there, Painters and voices from beyond” was definitely an intriguing theme. From the illustrations on line, it is a very exotic show. And last week end, a fun trip to Aix en Provence was organized to see the Anne and Patrick Poirier’s installation at Château La Coste (until June 10)… let’s hope it is extended through the summer?

Giorgio de Chirico‘s “Metaphysical painting”, an exhibition on the Italian painter’s life in the literary and poetic circles of Paris, was due to open at Musée de l’Orangerie just after the closing of Salon du Dessin, one of the great moments of Paris’ artistic life. After being postponed to June, it is now scheduled for March 24, 2021. 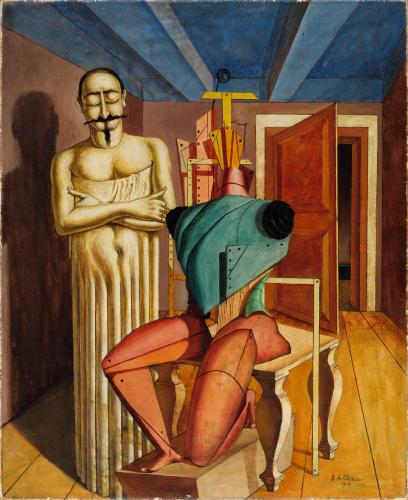 The other exhibition I was looking forward to was “Precious stones” at Museum d’Histoire naturelle, sponsored by Van Cleef & Arpels. Situated in the lovely gardens of Jardin des Plantes founded in 1626, the museum holds fascinating exhibitions every year. This one includes in depth infos on how precious stones are found as minerals in the earth, how they are transformed into stones and then set as pieces of jewelry. The importance of the meteorites as components of our world is symbolized by a blue topaze, dated to 250 million years and found in Russia, in Ural. We learn that diamonds cristalised in the earth 3,3 billion years ago while tourmalines and rubis or sapphires were born 600 million years ago in Brazil and in Sri Lanka, (until January 3, 2021). 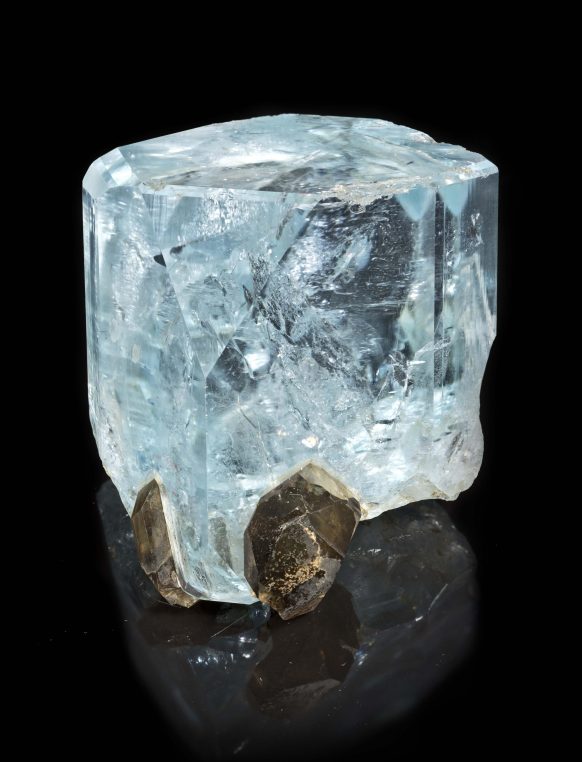 Now that Prime Minister Edouard Philippe is talking about “after the virus”, everyone seems to be making plans… isn’t that a little rushed? I am not sure I can get accustomed to having meetings and deadlines again, so soon…

4 Comments on “Everything we missed this week, in Paris”