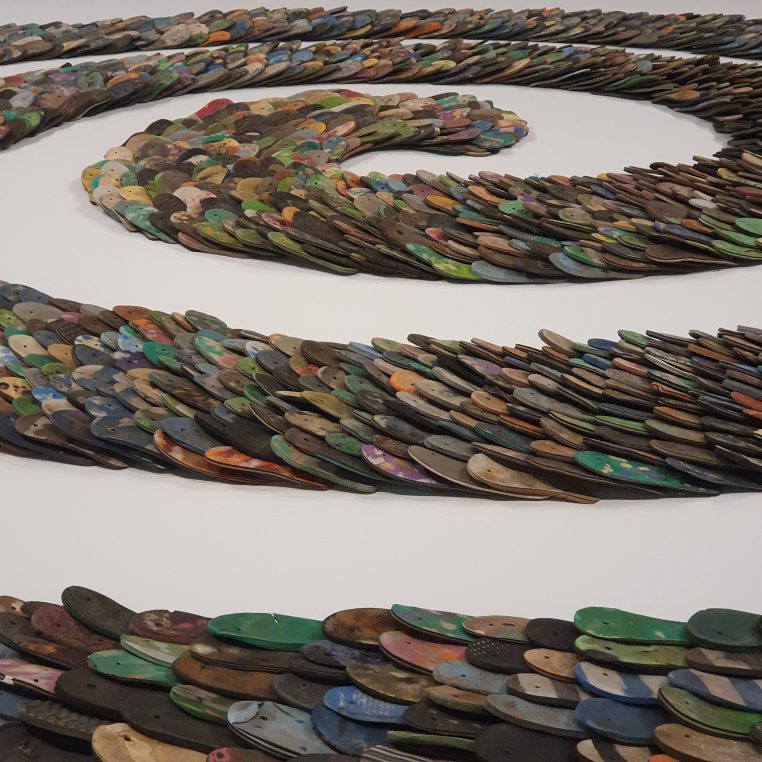 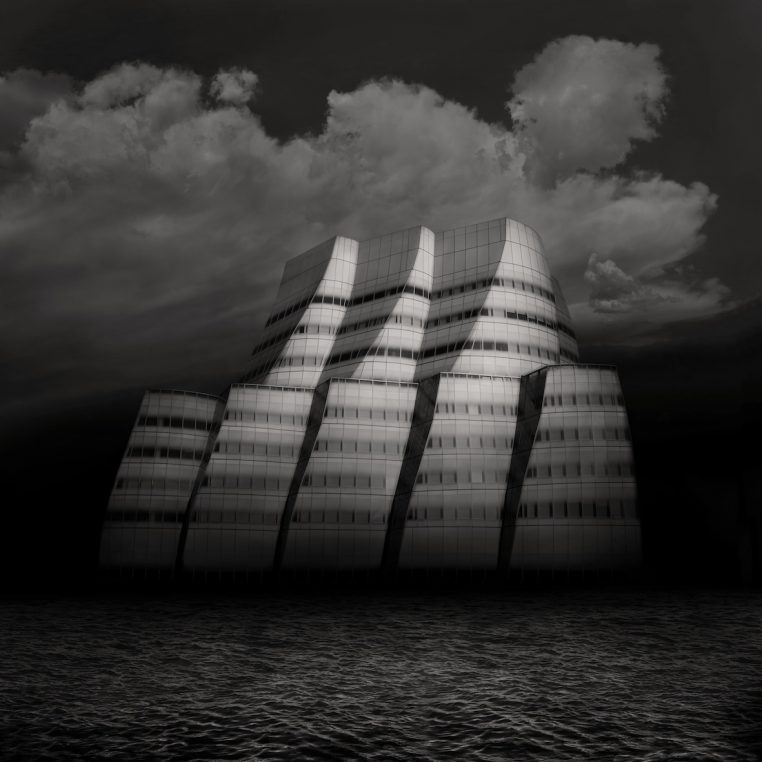 Irène Kung, IAC by Frank Gehry, New York, 2010 is at MuCEM in Marseille and part of  a book “The Invisible city”

If the rush into museums is the same as the one into English pubs when they reopened, we better book our tickets! Here are a few exhibitions that I want to visit urgently. MuCEM in Marseille where an exhibition of photographs “Civilization, quelle époque!” curated by Holly Roussell and William A. Ewing, includes 130 International photographers and has just arrived from Seoul, Beijing and Melbourne. Photographer Irène Kung shows her amazing photographs of contemporary architecture which are also in a book “The Invisible city“. Also in Provence, three exhibitions of the works by Anne and Patrick Poirier take place at Chateau La Coste, Domaine du Muy and Abbaye du Thoronet. At Musée du Quai Branly Jacques Chirac, “ExAfrica“, curated by Philippe Dagen,  introduces the best of contemporary African art. At Musée Cognacq-Jay, a naughty “In the realm of the senses, from Boucher to Greuze” is looking very sensuous. The show curated by Annick Lemoine and  Guillaume Faroult includes 120 erotic artworks from the 18 th century. 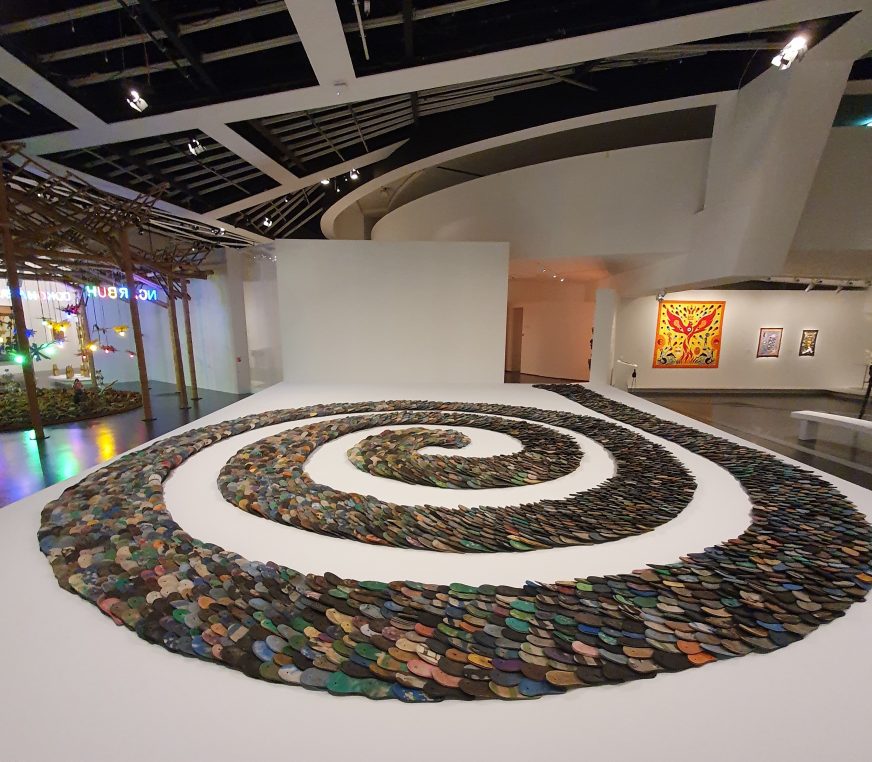 Romuald Hazoumè, “No Return”, 2019, at Musée du quai Branly. Inspired by Robert Smithson’s “The Spiral Jetty”, it is made of hundreds of Tong soles, photo Galerie Magnin-A

Musée du quai Branly is putting forward the influences of traditional African art on its contemporary scene. Thirty four artists including Chéri Samba, Steve Bandoma, Seni Awa Camara…  are included in this large exhibition of sculptures and paintings. Romuald Hazoumé’s work, “No Return”  is probably the most spectacular with its flip flops collected on a beach of Benin. It refers to the dramatic migration of thousands of Africans who loose their lives on their odyssey to Europe. 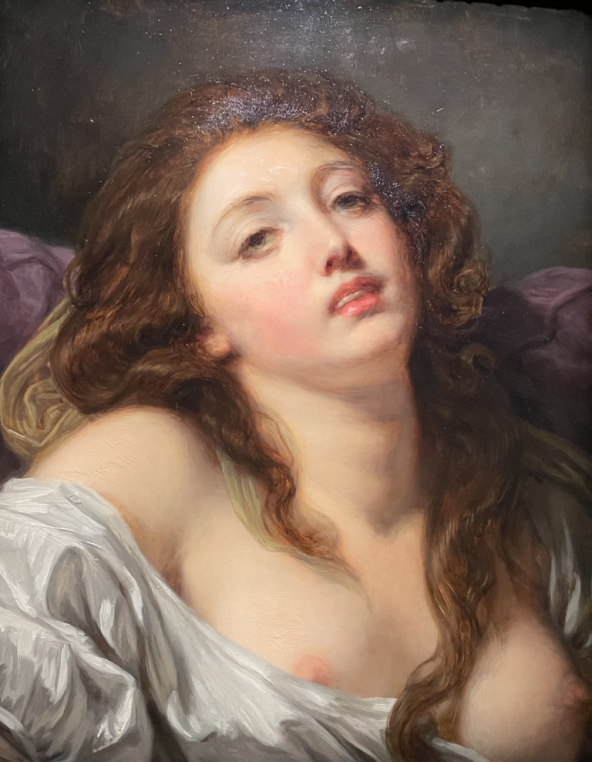 Jean Baptiste Greuze, La Volupté, at Cognacq-Jay is the image of woman’s ecstasy

On a lighter note, at Musée Cognacq-Jay, an exquisite little hôtel particulier on rue Elzévir in the Marais, 18 th century women’s pleasure is exhibited.  The French great art of love under Louis XV th is well represented through 150 works by Boucher, Watteau, Greuze and Pierre Antoine Baudoin. 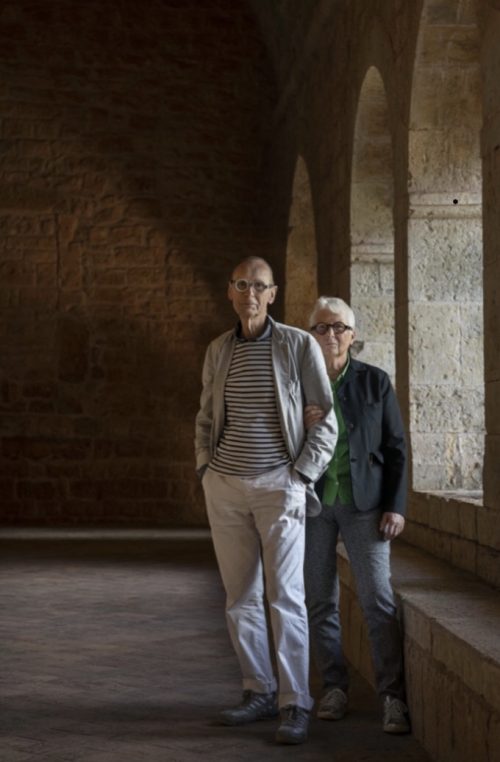 And it is a two day excursion that Anne and Patrick Poirier invite us to undertake at Domaine du Muy, Jean Gabriel Mitterrand’s extraordinary sculpture park north of Saint Tropez, Abbaye du Thoronet nearby and Chateau La Coste near Aix en Provence. Two hours separate the first from the third destination. This couple (b.1942) who have worked together for over fifty years, attended the Villa Medicis in Rome in 1967 and were archeologists, architects, photographers, sculptors and garden designers, live in Provence. They are at last showing their latest sculptures and photographs since the exhibition was planned for 2020. It is on until September 12 at Abbaye du Thoronet, 11 July at Domaine du Muy and 18 June at Château La Coste. 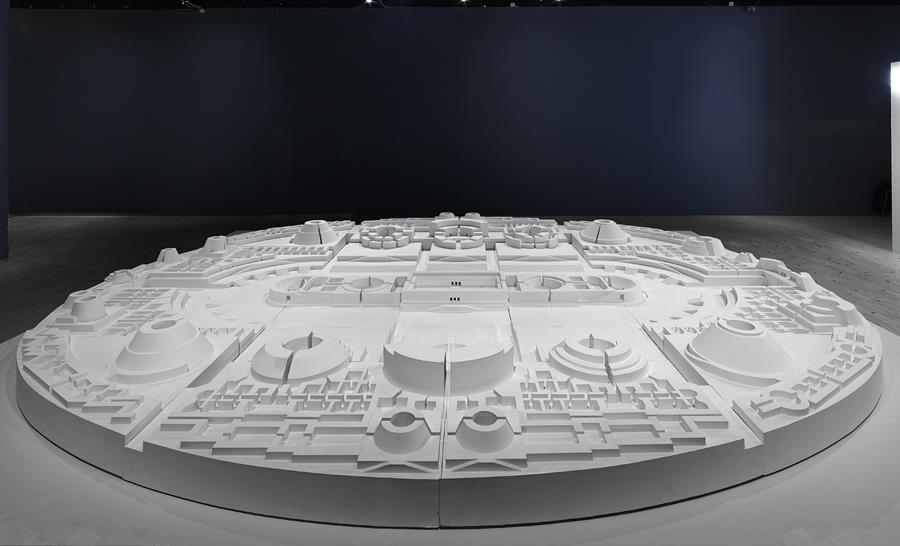 Laure Martin has been working with the Poirier for a few years now and she is the curator of the three exhibitions which will resonate all around Provence this spring.

The exhibition at MuCEM in Marseille uses photography as “The Eyes of our civilization”. The Pergamon Museum is photographed by Thomas Struth, Candida Hofer shows her Library of the Abbey of St Florian, three young photographers form Marseille have been commissioned some work on this harbor’s mission as a hub of numeric cables. The museum itself is worth a visit and this show of 250 photos will be the attraction of the city all summer. 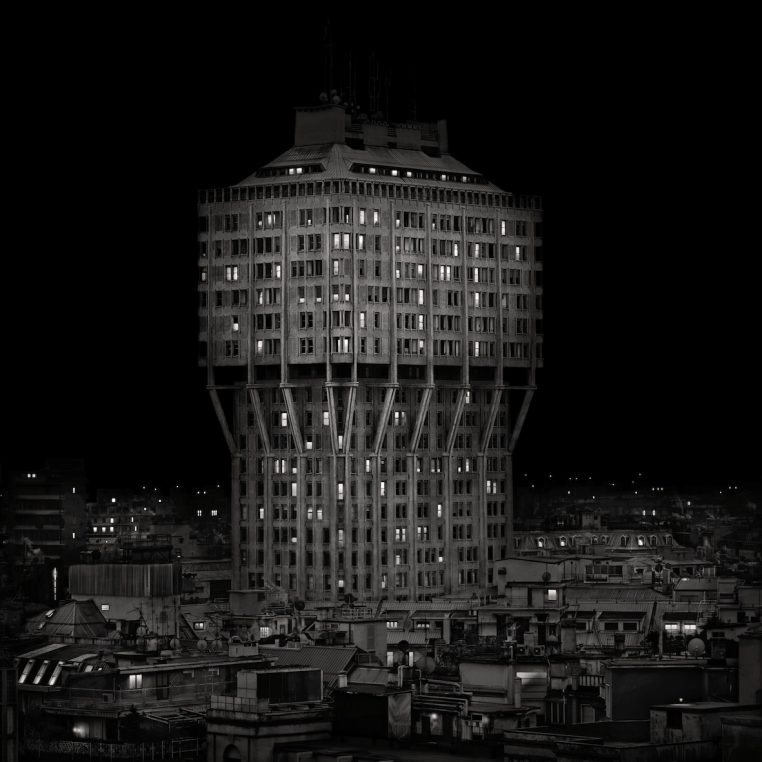 At Musée des Beaux Arts in Orléans, on June 5, a show based on the “Saint Thomas” by Velazquez will reunite three of his apostles lent by Barcelona and Sevilla. A painting by Zurbaran, which usually hangs in the Orléans cathedral will be exhibited along “Saint James” by Ribera, which is coming from Frankfurt and many more treasures have been collected by Corentin Dury, curator of the show with Guillaume Kientz. 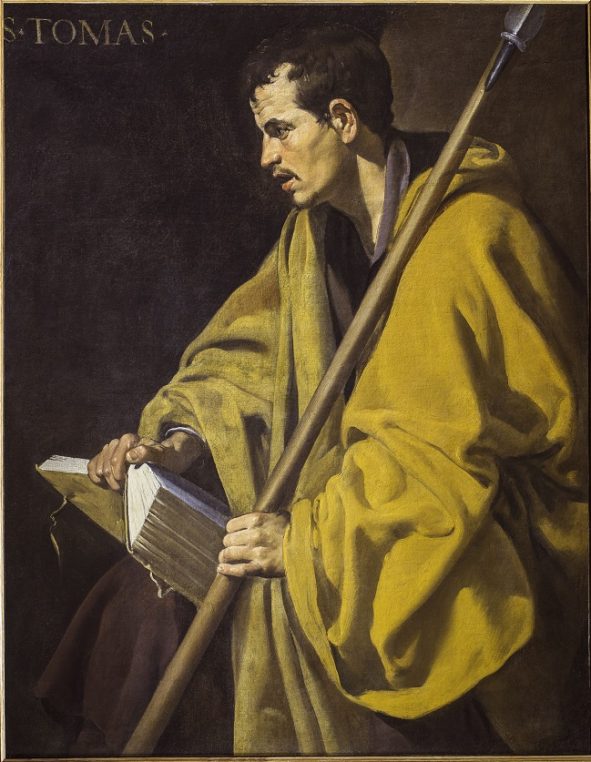 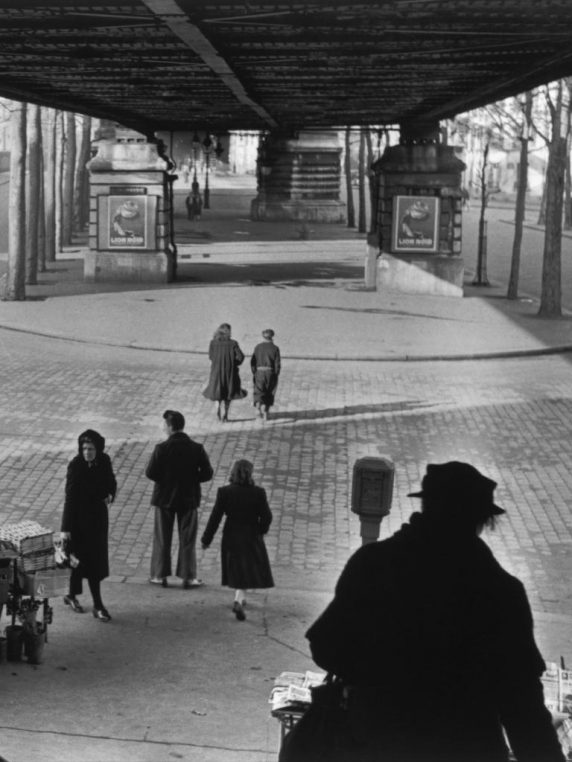 Normally mid May, most museums should open in France so hope is around the corner…

3 Comments on “Exhibitions to look forward to…”