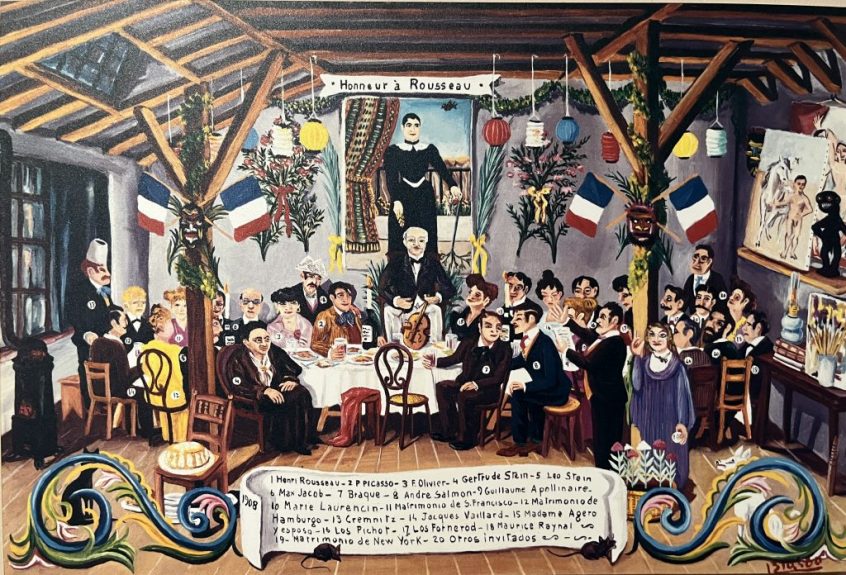 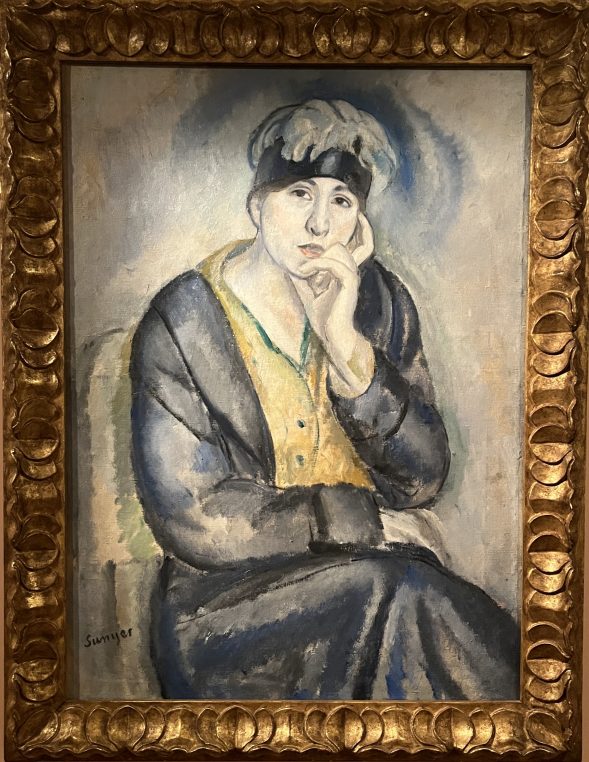 She lived for eight years with Pablo Picasso from 1904 to 1912, in Montmartre and in Spain, but she was not just a pretty girl. She could paint and she could write. The exhibition at Musée de Montmartre (until February 19) is a revelation on Fernande Olivier‘s life. Not from a feminist’s point of view, but as a source of details on the Montmartre years when Boldini, Henner, Kees Van Dongen, Joaquim Sunyer made her portrait. Her journals reveal the way of life of all these great painters and Picasso did over sixty portraits of her including cubist ones. They split when Picasso fell in love with Eva Gouel. She died penniless in 1966 and her journal was posthumously published by her godson Gilbert Krill in 1988, as “Intimate souvenirs. Writings for Picasso” 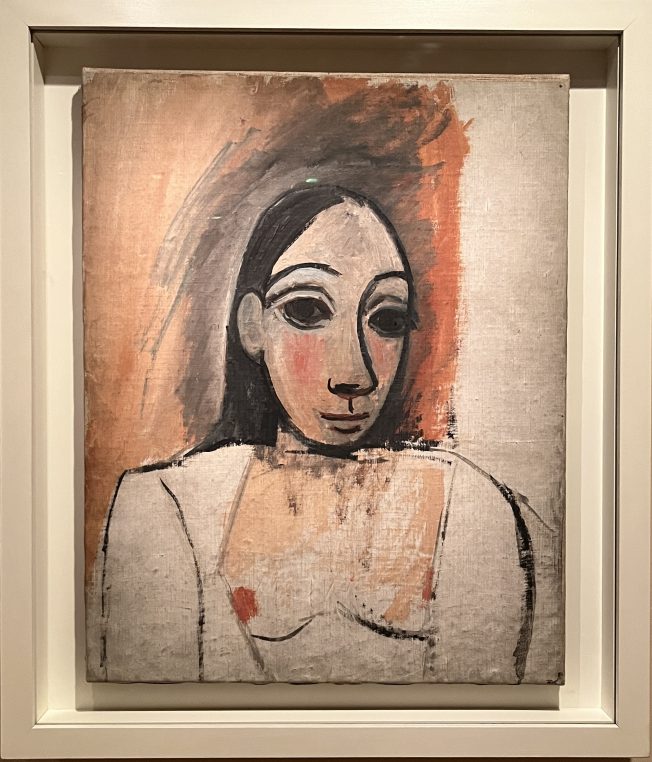 Abused by a violent husband to whom she was married at 17, Fernande fled and became a model for many Montmartre painters at Bateau Lavoir,  where she met Picasso. Through eighty works and many audio recordings of hers,  we discover the life of solidarity and talent of the Bateau Lavoir artists. Fernande has to stop modeling when she moves in with the Spanish genius and cooks for the group of friends including many of his compatriots. She features in Ricard Canals’ “Une loge à la tauromachie”. Her testimonies are great fun in the little film shown in the exhibit and on the audioguide which you can download in the show. 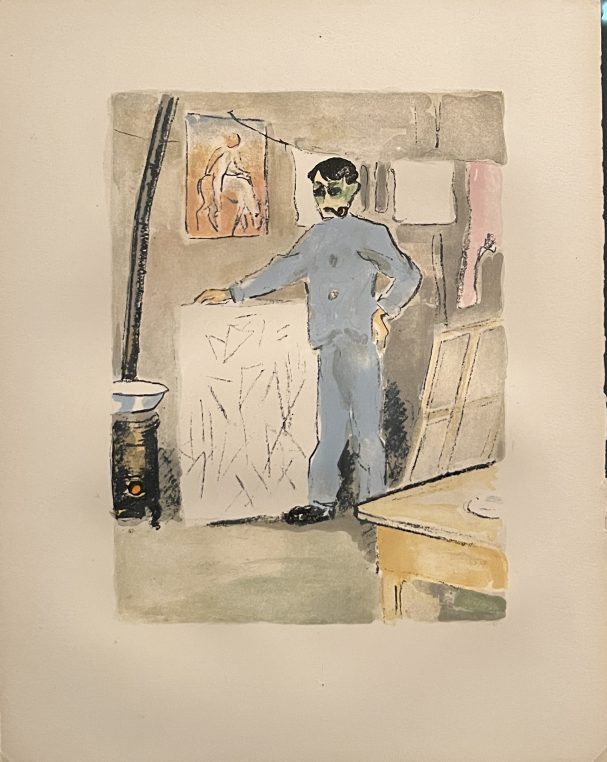 She is good friends with Suzanne Valadon and Marie Laurencin and speaks out celebrating the fauve paintings of Vlaminck and Dufy, on Derain’s style and on Matisse, whose wives she is friends with. When you see her at the end of her life in the live interview in the show, she appears very self confident and happy of her past life. Her two books were published partly thanks to writer Paul Léautaud who commissioned many articles from her for Le Mercure de France and eventually published her. 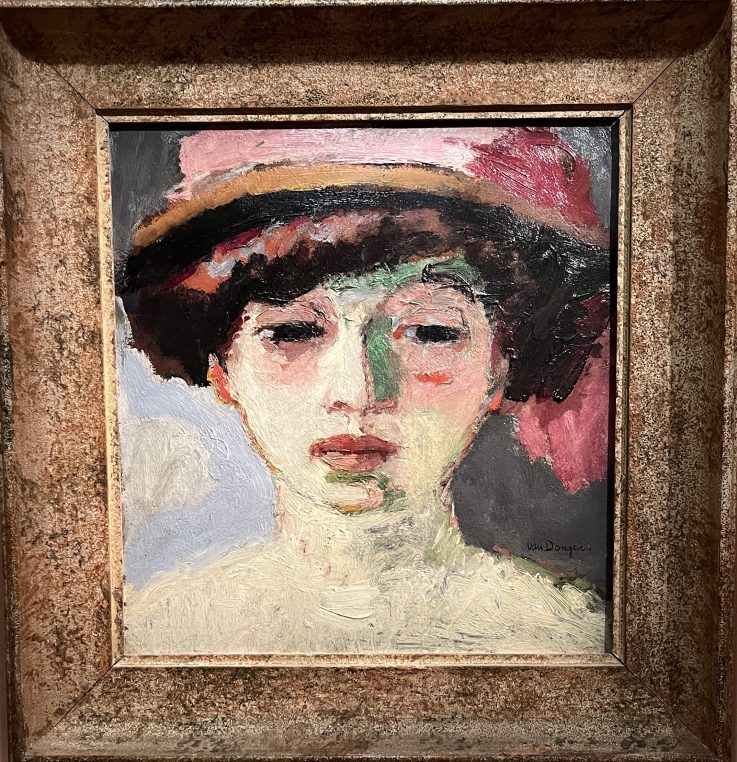 This woman who was sexually assaulted  as a child and as a married woman, has managed through art and writing to lead a fascinating life. Towards 1955, she was divorced for the second time and penniless and Picasso gave her a sum of money to help. But hey never saw each other again. The exhibition is charming and if you have never been, the permanent collection of the museum is worth the trip. There is also a small cafeteria in the garden.

A short exhibition of Henri Rivière‘s lithographs on the ground floor is captivating. This specialist of Bretagne’s landscapes was very influenced by Japanese etchings and has developed a unique style in the 1900’s.