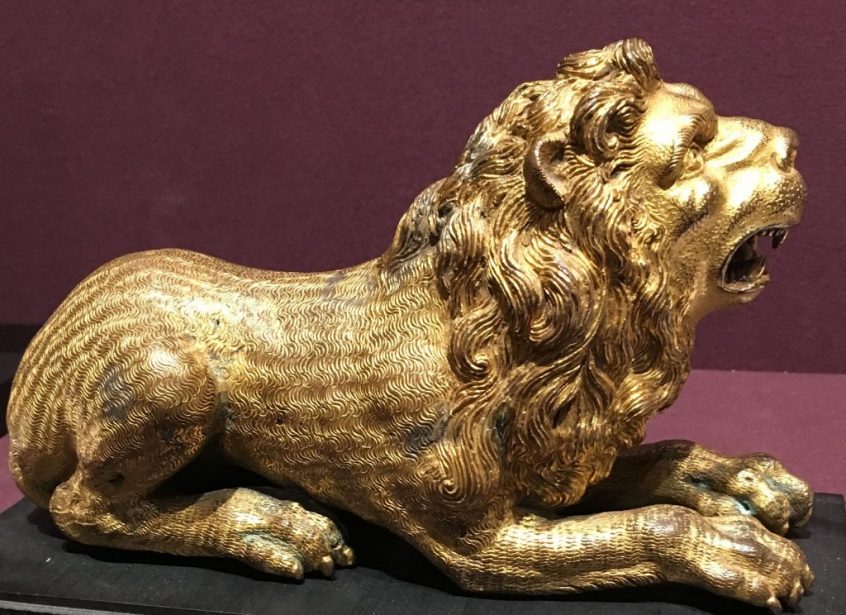 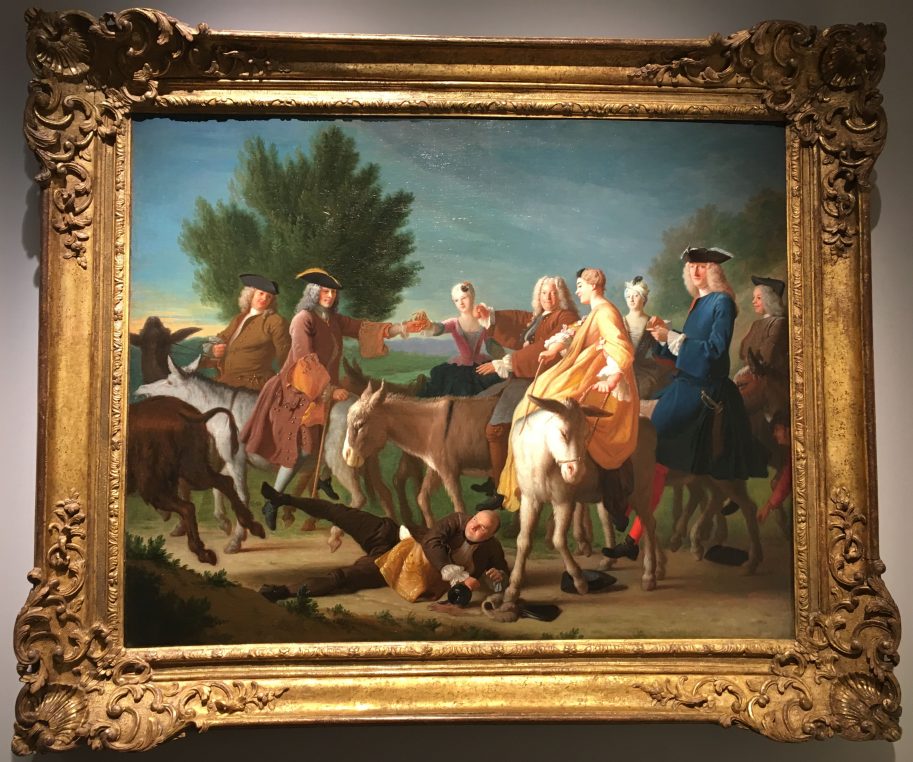 I love going to a show and shop virtually: this is what I did at Paris Fine Arts, from Antiquity to today, which has, for its second edition,  moved from the Bourse to the Carrousel du Louvre and had a luxurious and cozy atmosphere. I ran into many friends, arts amateurs an excited professionals, and loved these few paintings and objects which might still be for sale when you read this column. 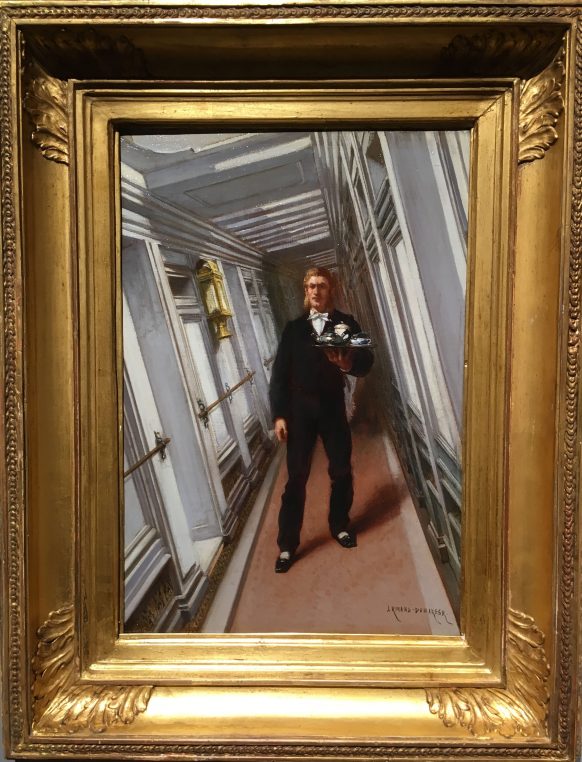 Whether they were paintings of donkeys or of dogs, of a waiter stumbling on a ship at sea,  many works were full of humor and the sellers took their time to discuss and explain each particular. I had a long conversation with charming art historian Hans Villette from Talabardon about his “Partie d’ânes” picture. The protagonists are obviously quite drunk, one of the servants has lost his wig which the donkey sets foot on, the three ladies seem happy. We don’t know much more about this painting but would love to. The painter lived mostly in Spain and it could have something to do with a Spanish tale? 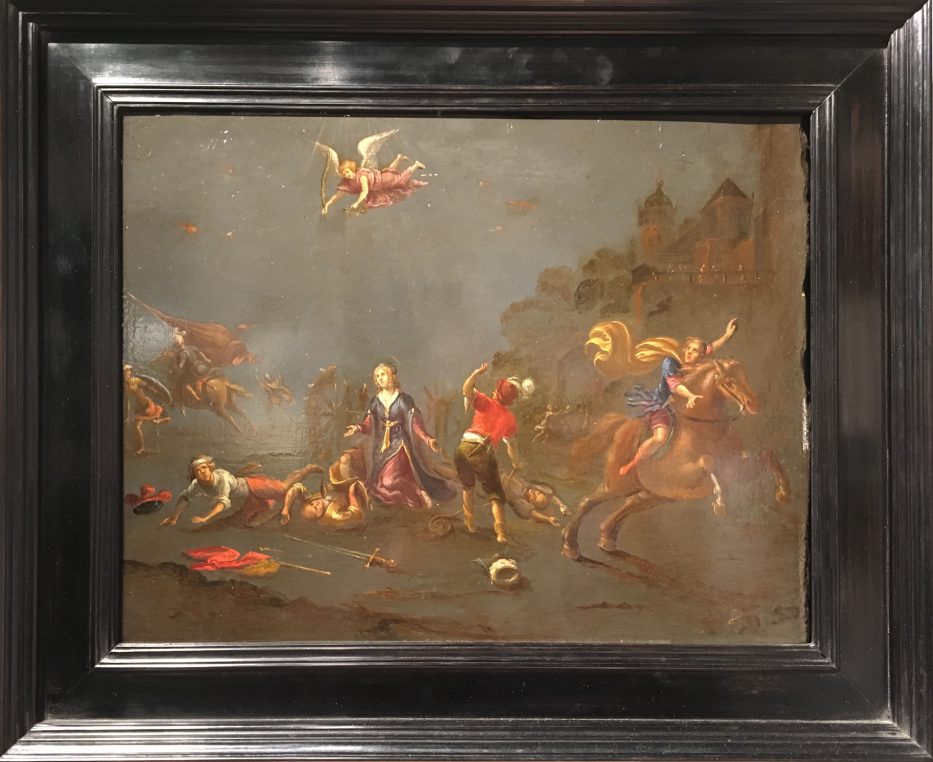 My eye was taken with two small oils on slate by Filippo Napoletano, found at Callisto fine Arts in London. This original artist worked with Jacques Callot in Florence for the Medici and was himself a collector of strange materials. At first I thought it was marble or stone, but the reflections on the slate were just incredible. 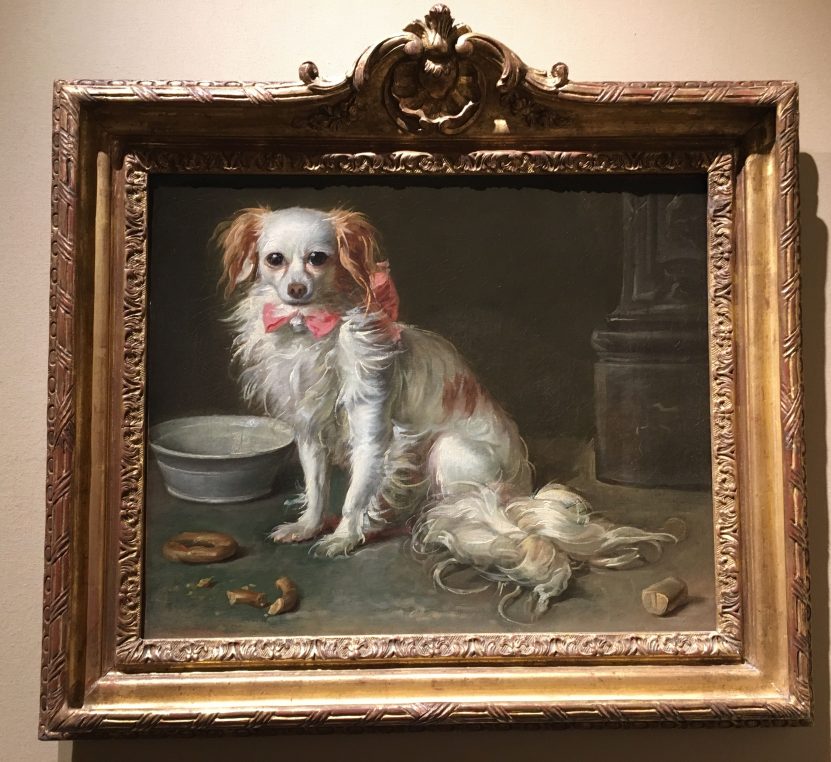 At Didier Aaron, I fell in love with the portrait of a dog by Jean Baptiste Huet , the nephew of the great Christophe Huet who painted the monkey rooms in Chantilly. Its fluffy white hair is incredibly precious and the painting is irresistible. There was also a German 19 th century drawing of a owl…which was intriguing. 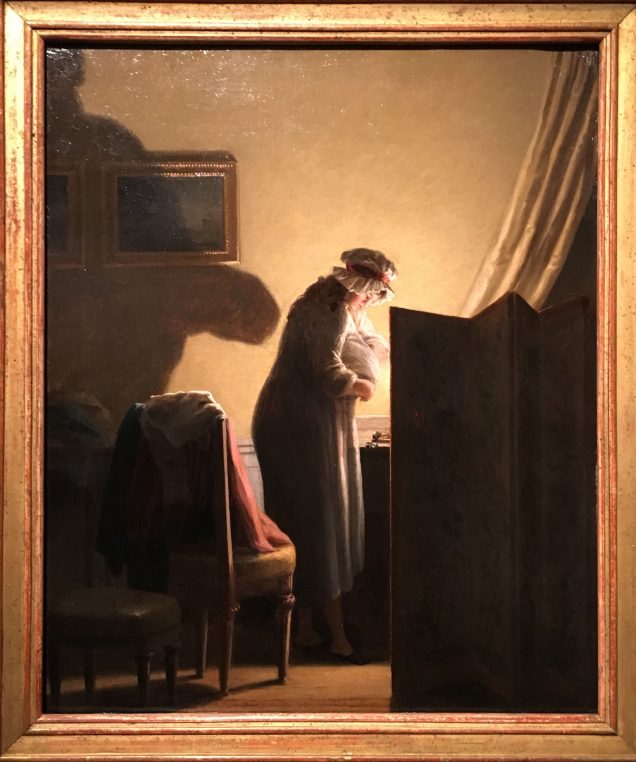 Peter Hilleström, Woman catching a flea at candlelight, at Michel Descours in Lyon

The were enough extraordinary pieces among the 43  dealers to please the International visitors. You could hear Dutch and Italian, English and Spanish being spoken and there was a feeling of being in a tiny version of Tefaaf Maastricht. Do not miss it next year!

One Comment on ““Fine Arts Paris” moves to the Louvre”