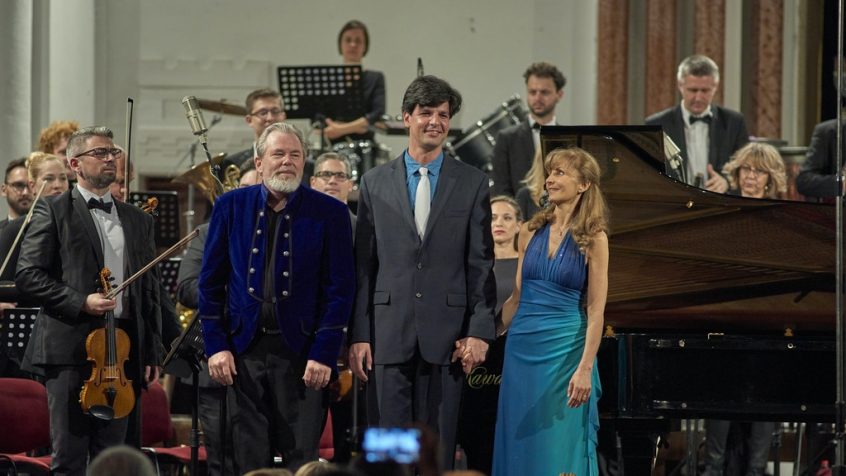 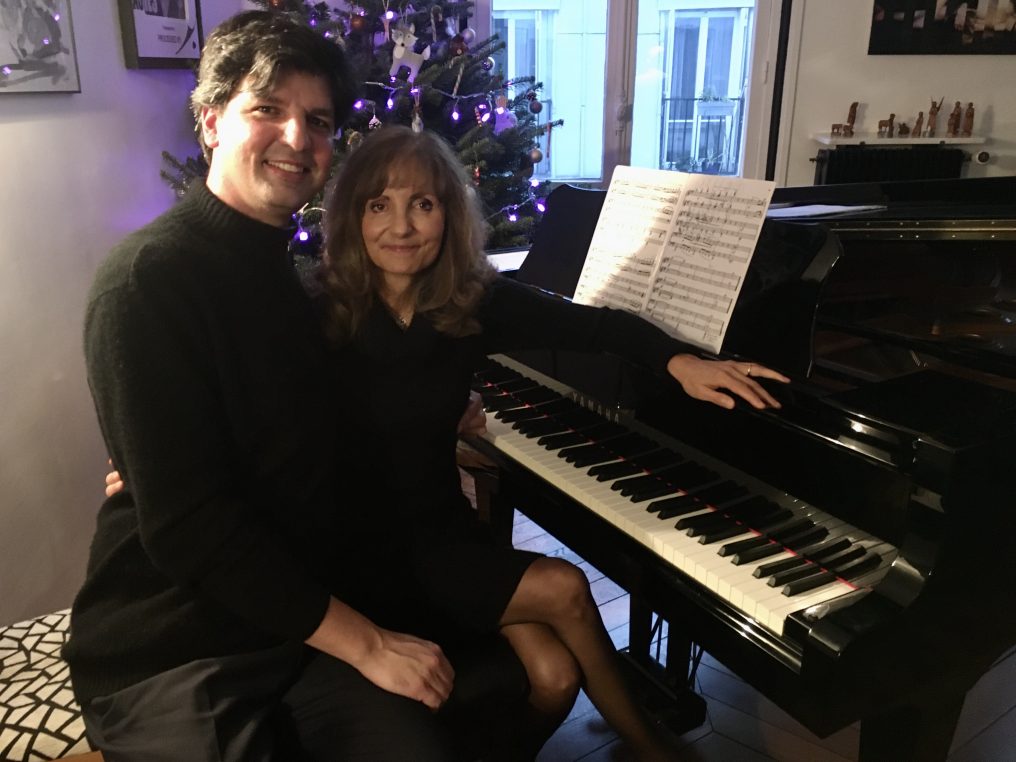 Pianists Prisca Benoit and Mladen Tcholitch have recorded a CD of Mozart’s concertos for two pianos and orchestra K.242 and K.365 with the Salzburg Chamber Soloists conducted by the Brazilian chef Lavard Skou-Larsen. The two pianists have developed a program of four hands pieces which they played in the last five years and they performed a ravishing private concert in Paris this week with Mozart’s sonata for four hands and mainly Dvorak and Brahms dances. It was the most optimistic way to start the Christmas season. 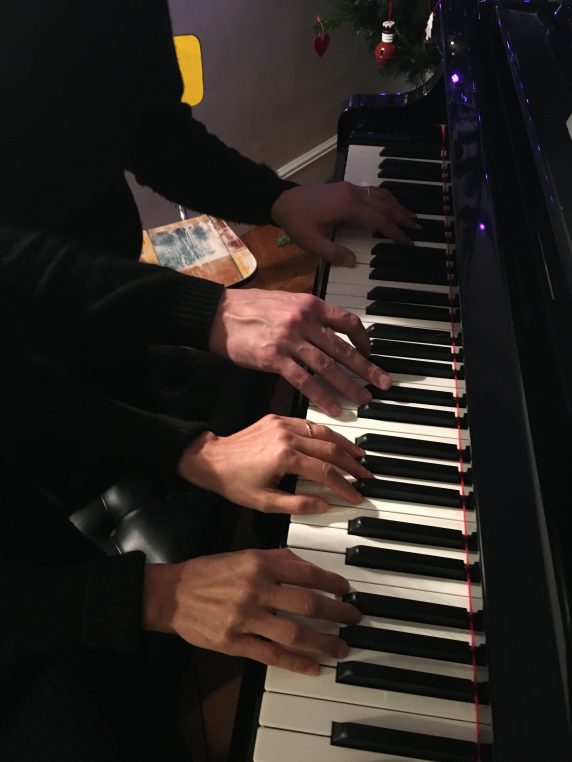 Prisca Benoit has studied and taught at the Conservatoire national de musique in La Villette all her life and her story is very unusual. She first married her teacher, Jacques Rouvier (b.1947) and assisted him in his classes. Her youth and talent transformed the classes and won them both a fervent group of students. Mladen Tcholitch (b.1982) arrived on a bus, one day seventeen years ago from Novi Sad, Serbia, at the Conservatoire and attended Prisca’s class. Two years later they were married, and Prisca started a new life.

The couple is  unique when you see them play four hands on the same piano. She is like a porcelain doll, very thin and pretty with ravishing curly hair, and small but very determined hands, extraordinarily precise and strong. He is very tall and romantic, with thick black hair and very protective of his partner. They joked about the slave character in music and their perfect union was quite fascinating to witness. 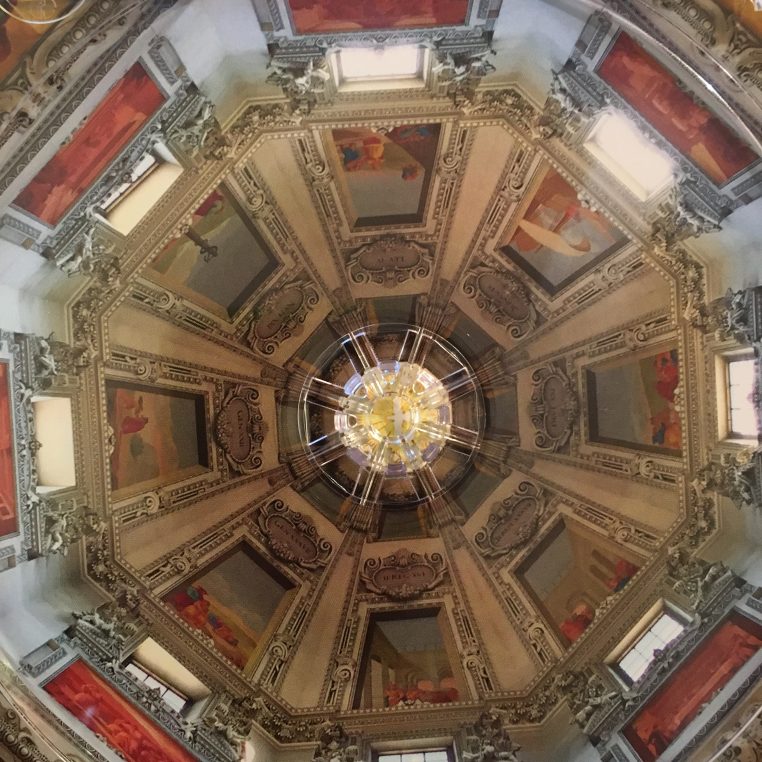 In July 2020, they recorded their first four hand CD at the Mozarteum with the Salzburg Chamber Soloists conducted by Lavard Skou-Larsen. Mozart is 20 when Countess Antonia Lodron commissioned from him a concerto for three pianos for herself and her two daughters. The challenge was to compose an easy piece, flattering for the young musicians, profound and yet entertaining. The result is a very elegant piece for two pianos (three was really too difficult), Concerto n°7 in F major K.242, “Lodron”, which the composer performed himself many times with his sister Nannerl and his student Josepha Auernhammer. 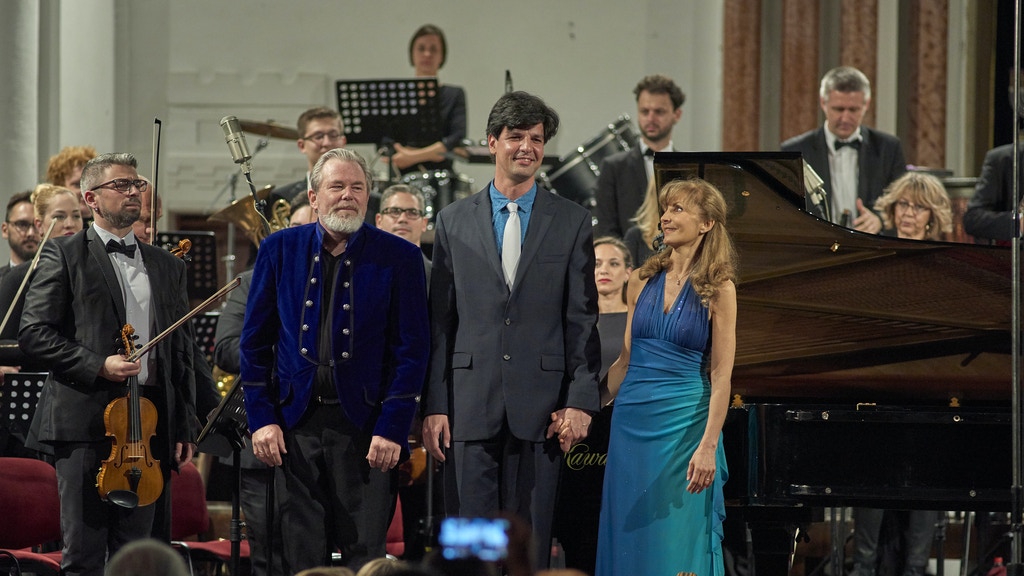 The chef, orchestra and the two pianists during the recording in Salzburg

The second concerto in Flat major K.365 was composed while Mozart was profoundly depressed in 1779 and 1780. Hieronymus von Colloredo, archbishop of Salzburg and Mozart’s main patron,  refused him the title of Kapelmeiseter  and called him publicly “a Moron and a Thug”: this precipitated the composer’s departure for Vienna. Composing this concerto helped him escape the emotional torment. 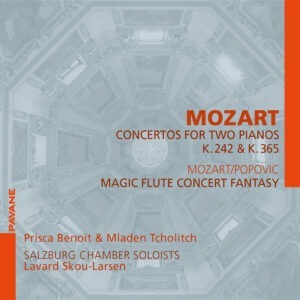 The CD published by Pavane will come out in February on all platforms and at FNAC.