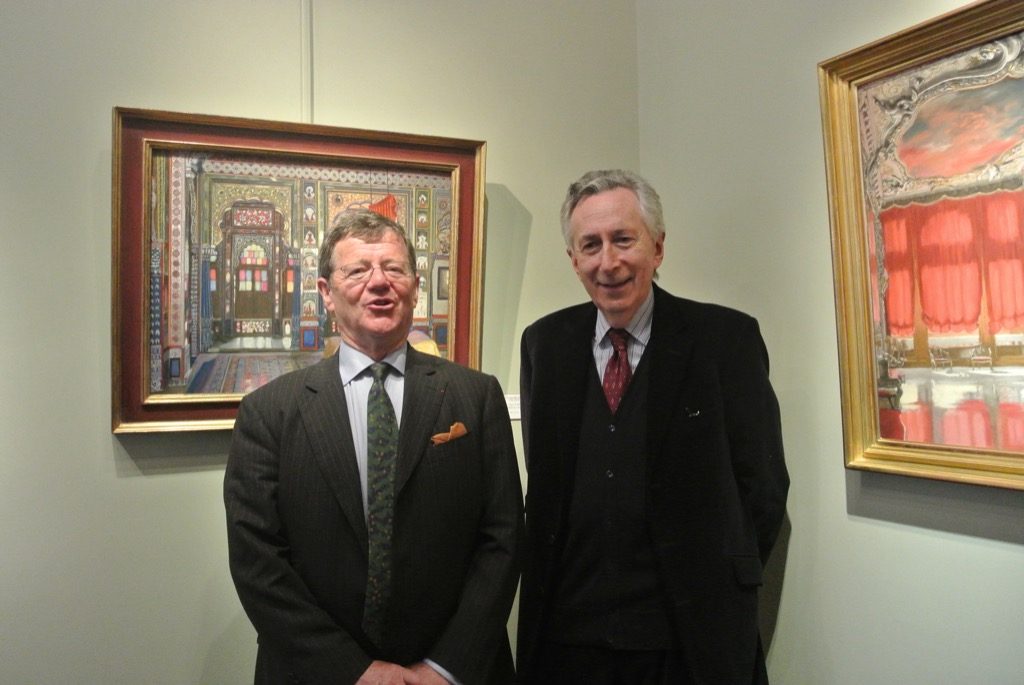 Hervé Aaron and the artist, Victor Edelstein, at Didier Aaron gallery in Paris

He became instantly world famous in the 1980’s after Princess Diana danced with John Travolta in the « ink-blue » velvet gown he designed for her dinner at the White House. Victor Edelstein, who started his career as a couturier at Biba in London in 1966, went on to dress all the British royalties and New York queens (Anna Wintour) and designed costumes for the ballet. He has now since 1993, become a full time painter like his wife Annamaria Succi. 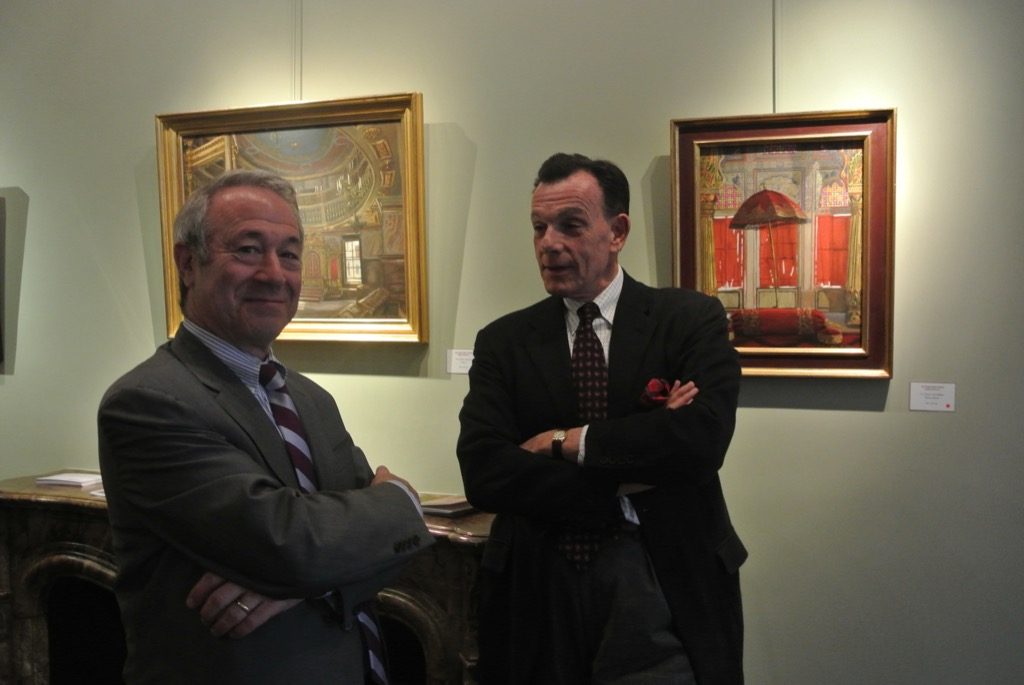 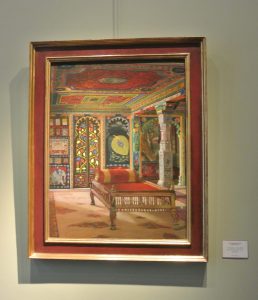 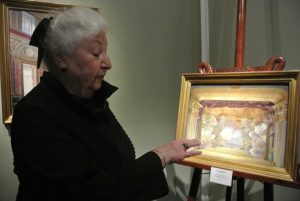 They both travel extensively to visit their friends in palaces in India, Italy and Spain but live in the Cotswolds. His pastel of interiors are the result of this jet set traveling and the  theme of a charming exhibition at Didier Aaron gallery, which moved, a year ago, next-door to Musée Jacquemart André.

The opening this week, brought together a mixt of art lovers, family friends and International collectors. Hervé Aaron, Bruno Desmarest (who runs the Paris gallery) and Alan Salz, were as usual, perfect hosts and half of the pastels were sold within the first half hour… (Until October 20, 152 bd Haussmann)