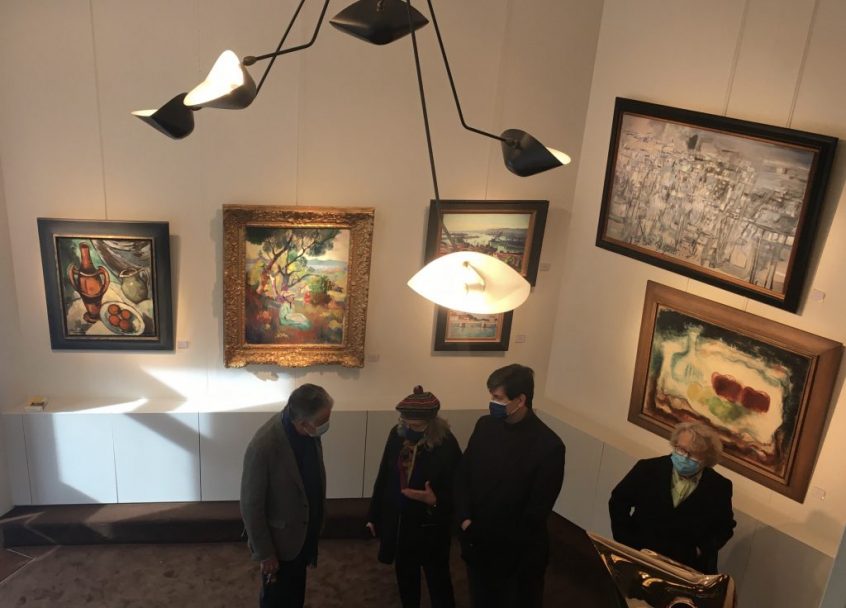 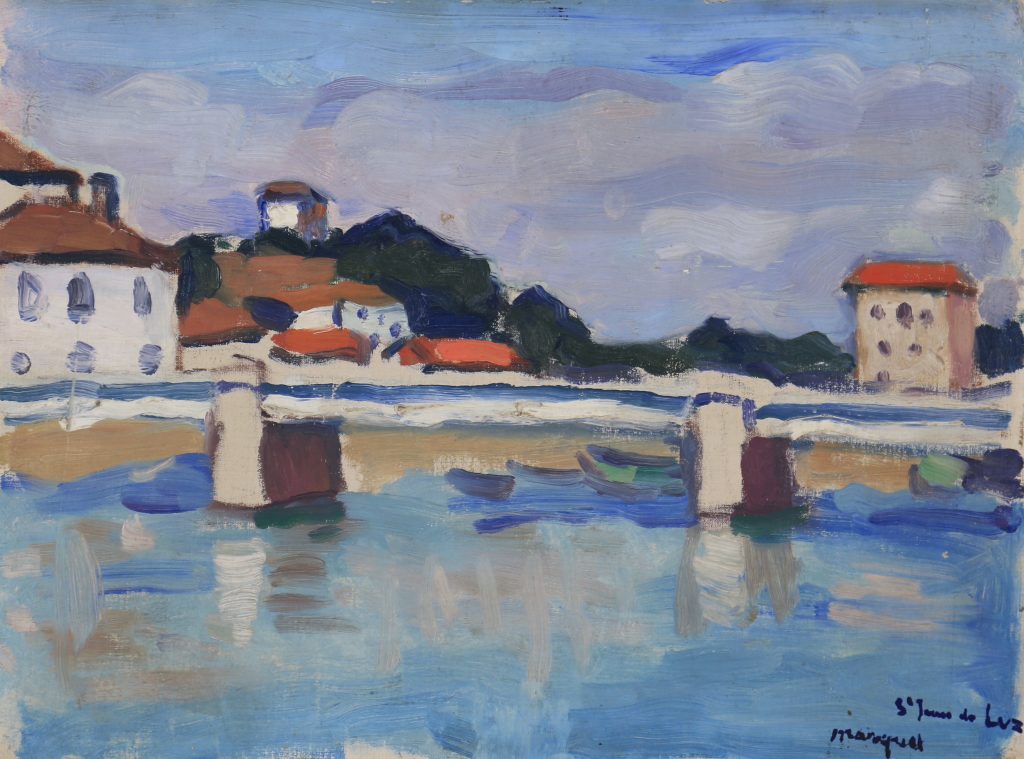 To celebrate the fiftieth anniversary of the gallery, Florence Chibret-Plaussu, has organized a “Blue” exhibition with her most famous painters, Albert Marquet, Marcel Gromaire, Raoul Dufy but also Vieira da Silva, Boudin, Guillaumin and Fautrier. Galerie de la Présidence founded by her mother Françoise (who attended the opening) in 1971, is just across the street from the Elysée palace on place Beauvau. They participate in many museum exhibitions and have promoted to fame forgotten glories like Gromaire and Guillaumin. For three Sundays in a row in March, they organize a brunch for those of you who love Paris on the week end. 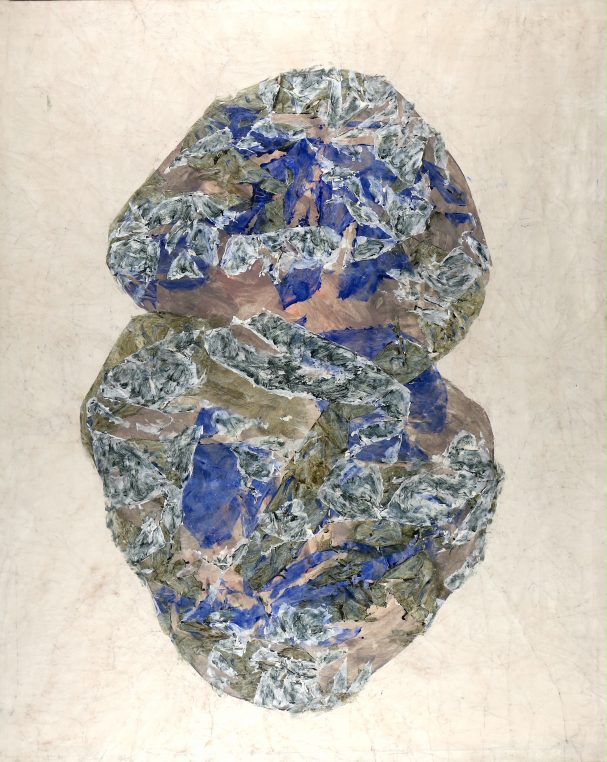 The three story space has a tiny staircase and it was fun to cross the faithful collectors who had all come. A view of a path “Chemin Creux”, 1888 by Armand Guillaumin and a Geer Van Velde were already sold after just a few hours of opening but the large painting of Paris by Gromaire, “La Cité en bleu”,  for which he won the National Guggenheim Prize in 1956 and a tapestry hanging over the staircase were still available. Both pieces are quite overwhelming and very decorative. 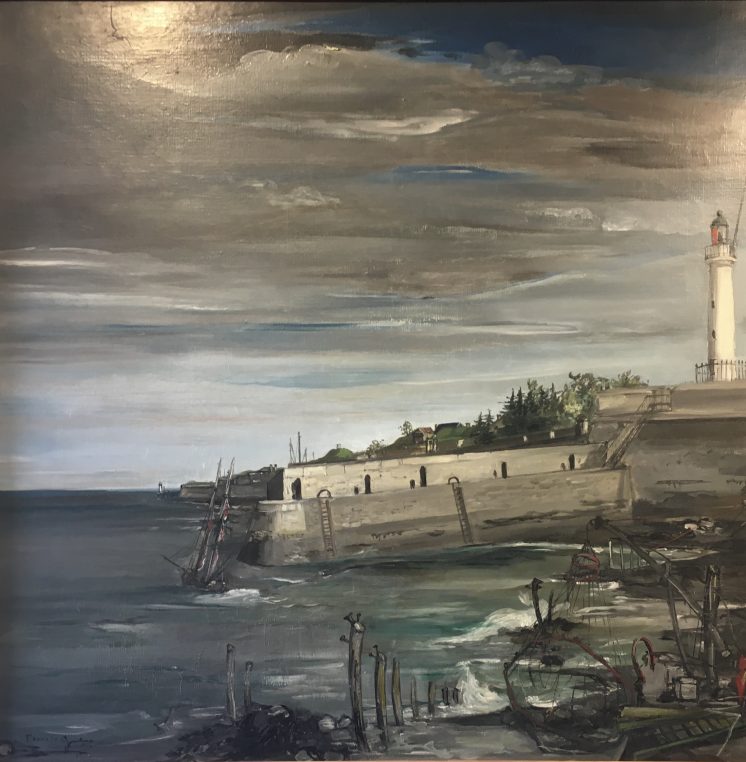 As is a lovely greenish grey view of a lighthouse in Ile de Ré by Francis Gruber, “L’Orage”, painted in 1938. He was a friend of Alberto Giacometti who designed his tomb in Thomery, Seine et Marne,  where he died very young from tuberculosis at 36. Four small canvases by Eugène Boudin, The “Victoire de Samothrace” by Yves Klein, two fantastic paintings by Vieira da Silva and two Fautrier from 1939 and 1958 were hanging on the walls bottom to ceiling. 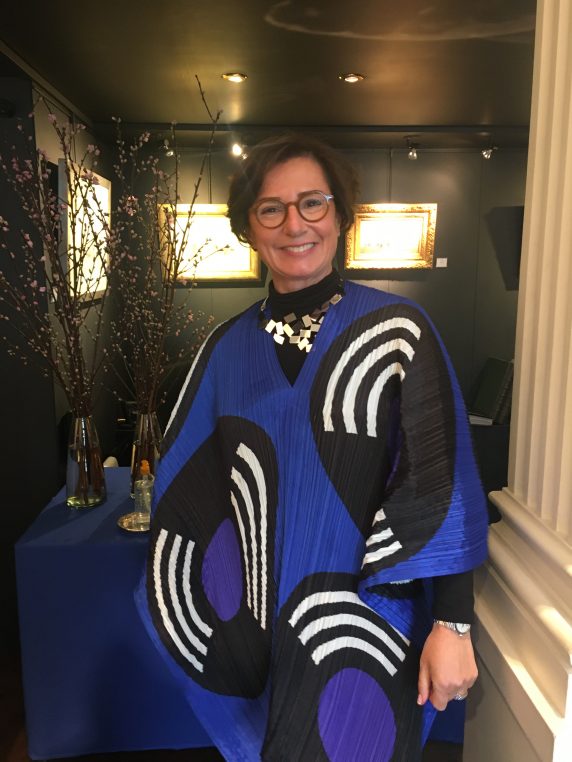 Florence and her mother Françoise Chibret-Plaussu were welcoming their guests and counting (no more than 15) them so that the numerous police officers standing outside would not interfere… The pleasure of being able to mingle with other art lovers in galleries is such that one should not miss any event.