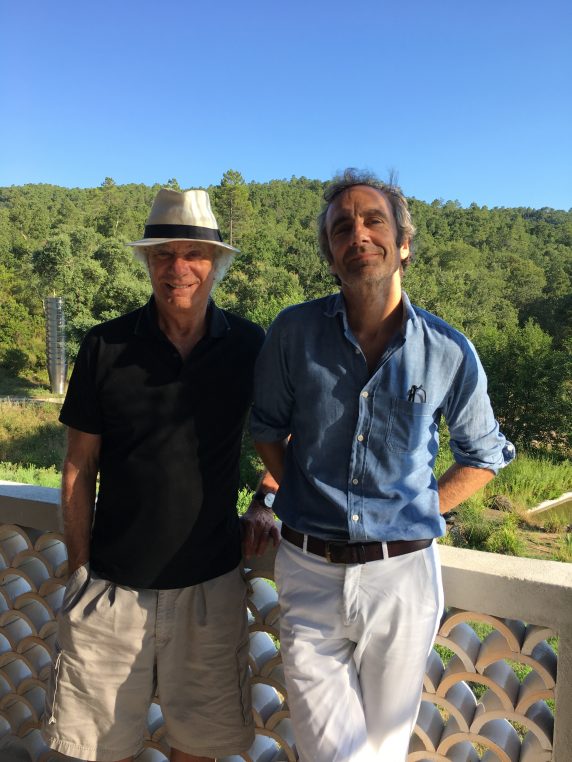 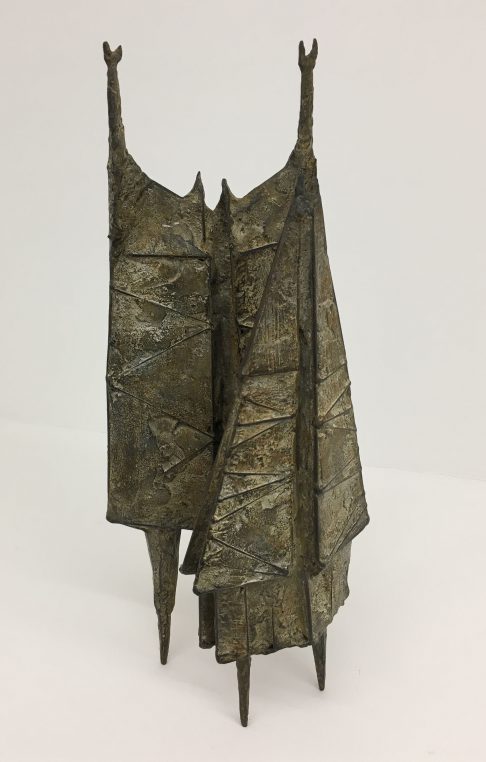 Jean Gabriel Mitterrand started in 1975 with Artcurial, which at the time was a wonderful shop on Avenue Matignon where you could buy artists’ jewelry, sculptures and prints. The Lalanne, César, Arman, Mitoraj, Takis were discovered by many amateurs in this happy place.  It was partly funded by L’Oréal and had an original spot in the art market. Later JGM started his own gallery on rue Jacques Callot, then moved to a glamorous Hôtel particulier in the Marais in 2003. It is now called Galerie Mitterrand. This is where the exhibition “A short history of shaped modernity “, curated by his son Edward, was inaugurated last week in great style. 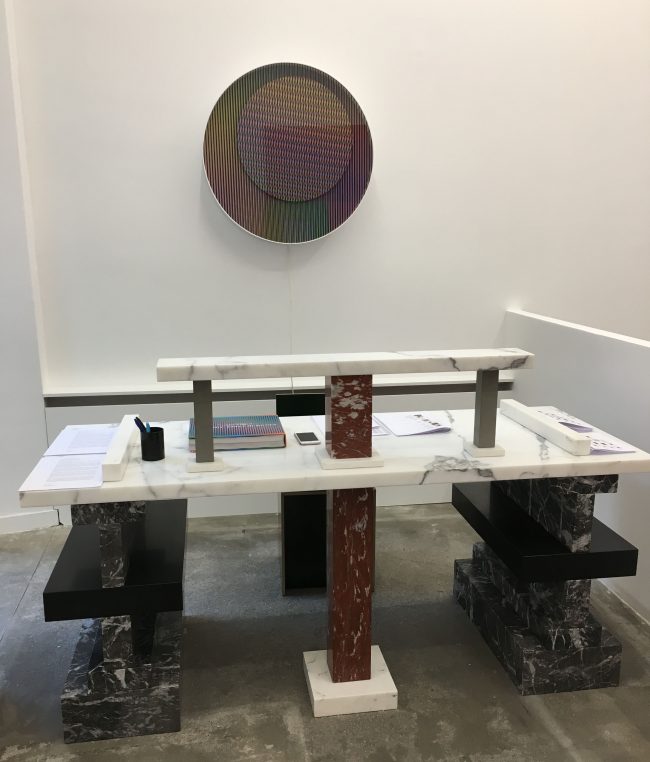 Ettore Sottsass, table “She asked me why did you do it…”, 1987, with behind Carlos Cruz-Diez “Cromointerferencia mécanique Nova 2, 2016

Two weeks ago, Jean Gabriel was sadly announcing the death of Claude Lalanne, one of his brilliant artist and a long time friend with her husband François-Xavier. They were consecrated as a world success at the Yves Saint Laurent sale where their pieces sold for record prices and Fondation Yves Saint Laurent has at the moment, a small room dedicated to her jewels and headsets made in 1969 and 1970 for the couturier… At 93, she had just finished creating a staircase for decorator Peter Marino when she had a major stroke near Fontainebleau. At her funeral in Ury, which Daniel marchesseau attended, her daughters had created a carpet of flowers with daisies picked in her garden, to cover her coffin . 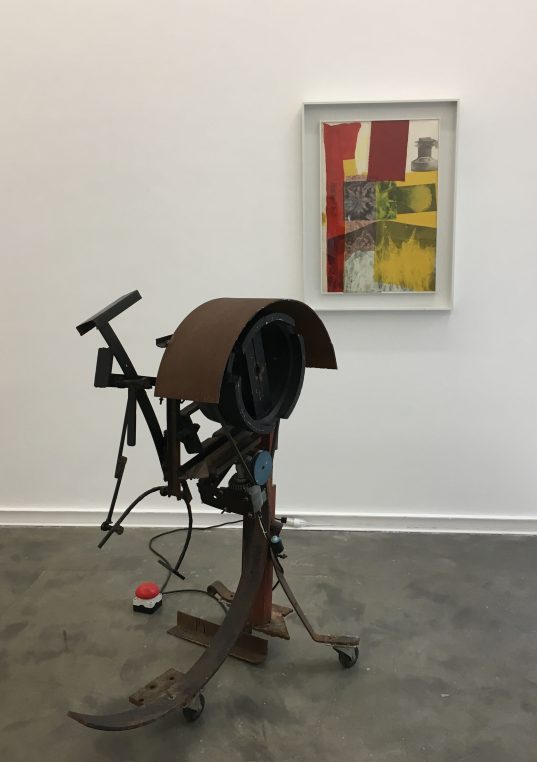 Mitterrand also represents Anne and Patrick Poirier, another couple who works jointly, Keith Sonnier, Carlos Cruz-Diez, Tony Oursler, etc… and has opened with his son Edward a sculpture park in le Muy, not far from Saint Tropez, which they run all summer long. Conceptual art, minimalist and abstract art, New realism, Pop Art and Kinetic art are all represented in the show, with at least one work. 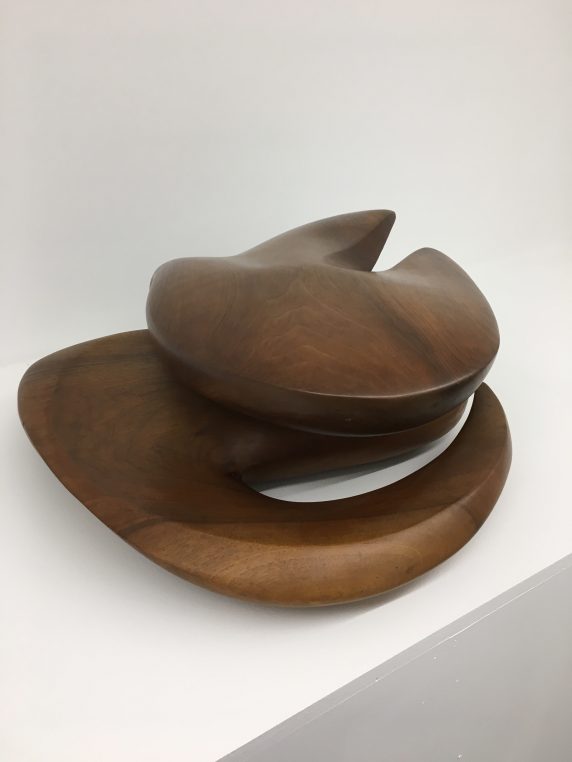 To celebrate the thirty years of his gallery the exhibition of masterpieces from 1942 to 2017 with the theme of shaped modernity.  They are all sculptures or installations and it is a real pleasure to see Lynn Chadwick‘s bronze, Marta Pan‘s walnut piece, and Niki de Saint Phalle‘s assemblage on wood. There are thirty six pieces alltogether in two different spaces and it is a delight to the eye.

At the opening former minister turned Tv and radio anchor,  Roselyne Bachelot, was talking about her new novel on her grand mother “Corentine”, and the young Laurent Moïsi was discussing the success of his magazine Whitewall-art which is published in New York. He was just back from the design fair in Milan and on his way to the Venice biennale. 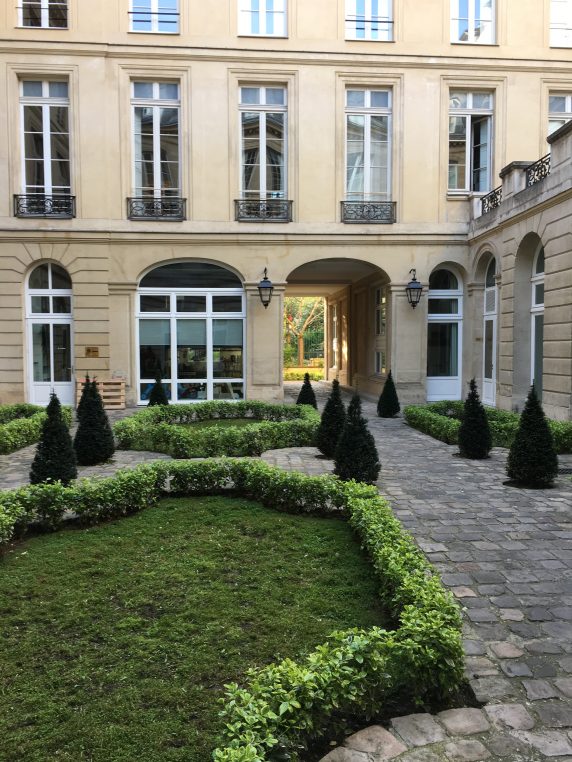 The beautiful courtyard of the gallery Mitterrand

The most moving work for me was Lucio Fontana‘s “Concetto Spaziale”, 1966, incisions on absorbent paper. A very rare work on paper by the Italian artist. A stone and white Carrara marble desk by Ettore Sottsass was a discovery and Dan Flavin’s “Untitled 1973” red, pink and blue neon is beautiful. 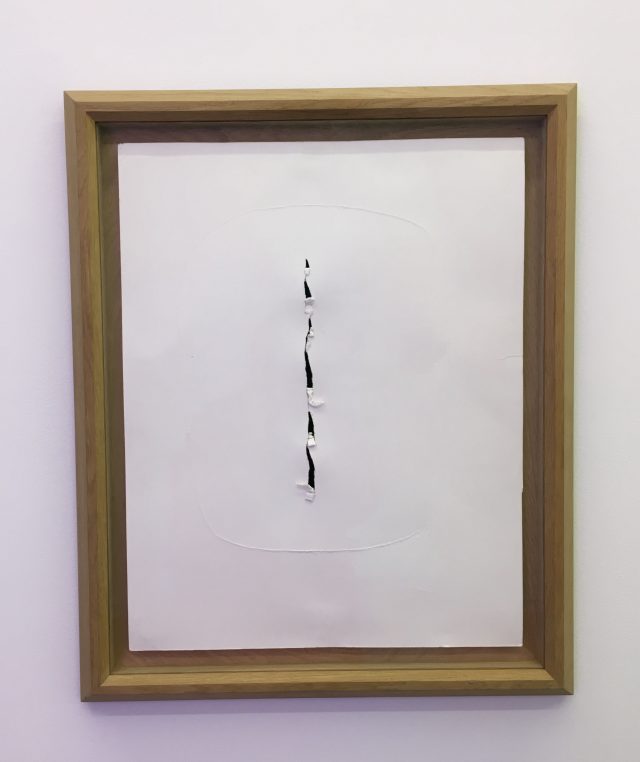 Louise Nevelson, Augustin Cardenas, Arman, François Morellet, are all very reassuring artists and the amazing frame of courtyards and 18 th century architecture around the gallery adds to the style and elegance of the owner. On the night of the opening everyone was young and glamorous, the food was particularly good and champagne was flowing, a very good sign for the continuity of the place.

Until June 1, Galerie Mitterrand, 79 rue du Temple. And the sculpture park in le Muy starts in June for the summer.