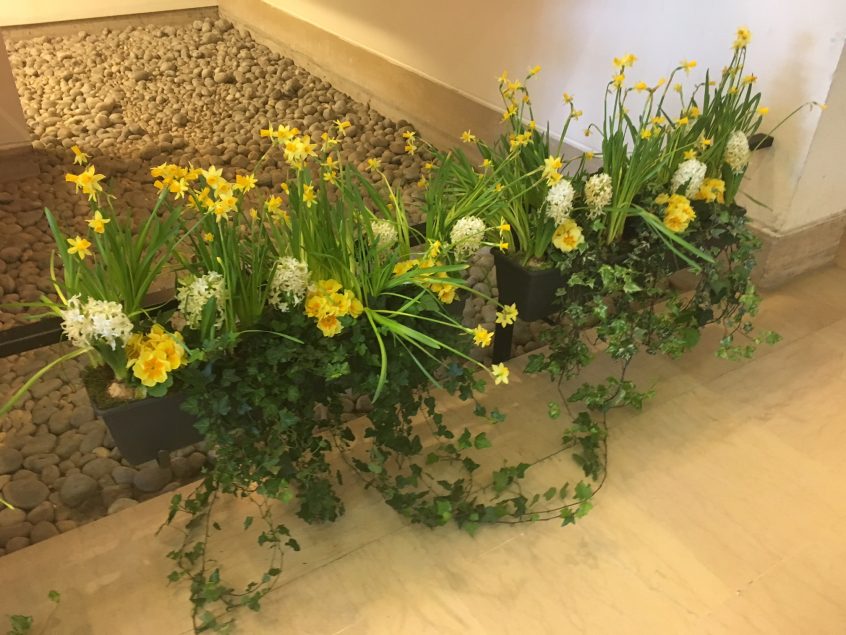 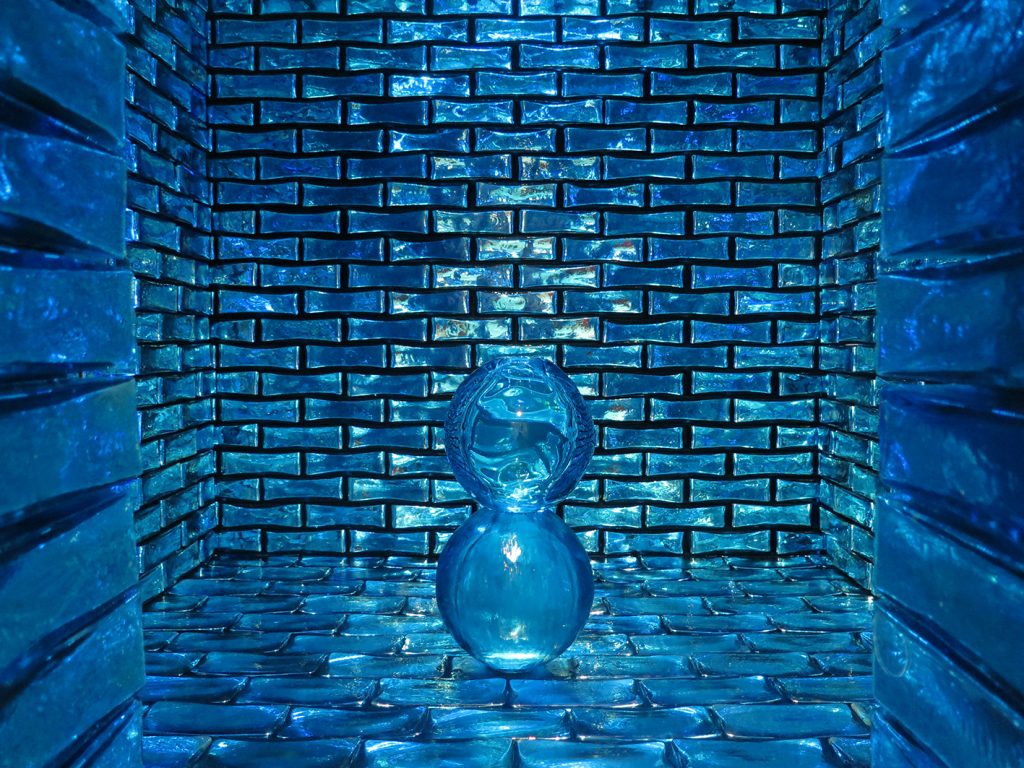 I was surprised to find out that Laurent Le Bon, president of the Picasso museum and formerly at Pompidou Metz, was the curator of the much awaited show of « Jardins » at Grand Palais. I had noticed his wit at the opening of the Picasso exhibition in CDG airport a month ago and he was just as much fun while pointing out the vegetal wall by Patrick Blanc running along the staircase.  The show starts with a Pompei frescoe of a garden facing « Verde del bosco  con camicia » by Giuseppe Penone. No need to tell us anything, we know we will be surprised by centuries of gardens ! Over one hundred pieces of the show have never been shown in France. 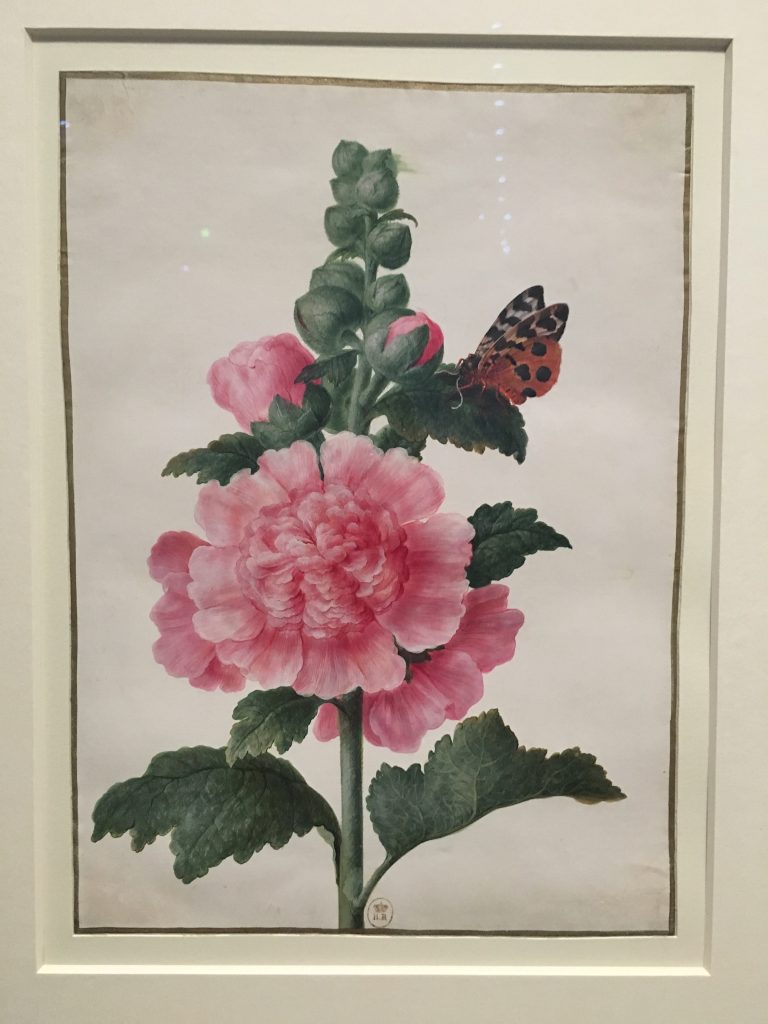 « The garden is the smallest part of the world and the whole world at the same time » wrote French philosopher Michel Foucault, and the curator used all his culture in contemporary and classical art to amuse us and establish a few principles. My delight was to run into glass sculptor, Jean Michel Othoniel, who was presenting a blue fountain, « Grotta azzurra », 2017, made in Murano and in Firozabad, an Indian city with a long time glass expertise, fourty kms from Agra in Uttar Pradesh. 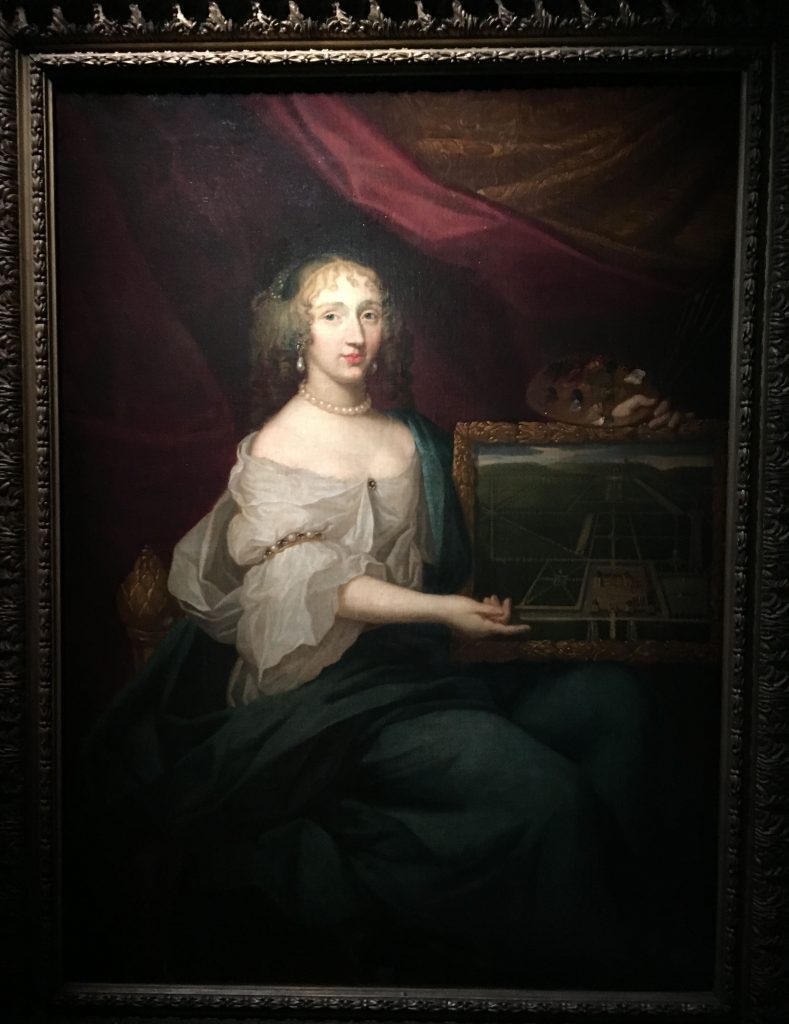 Gardens are treated here as another form of art, nature is tamed by man and represented by artists. Four hundred samples of earth from the Loire valley “Soil Library/Loire” collected by Koichi Kurta are shown next to Rodney Graham’s « Park Cedars, Lighthouse », a fabulous tree photographed upside down by the Canadian artist. Herman de Vries “Vegetals on paper” dialog with John Constable’s cloud studies. 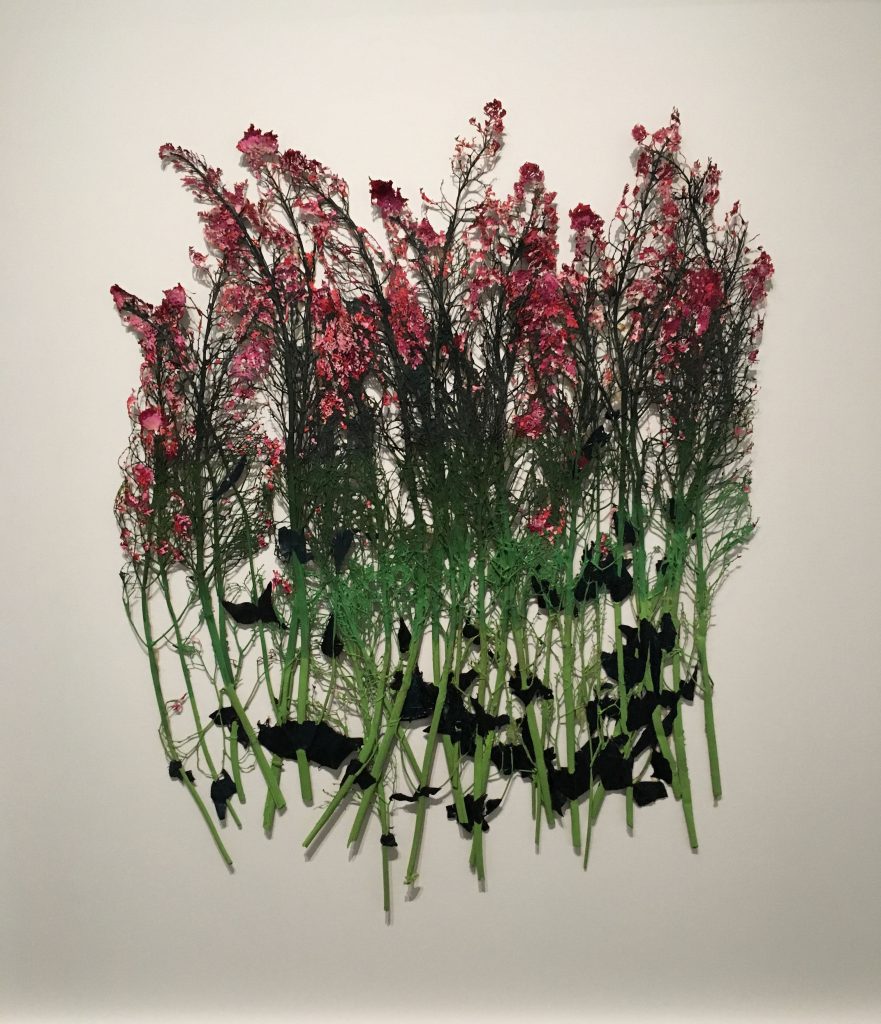 Maria Sibylla Merian’s gouache of a Rose tremière in 1652 is exhibited next to Louis Auzoux’s papier maché and iron chrysanthemum. Brueghel’s paintings, Florentine ceramics, 19 th century Blossfeldt’s photographs are hung together on the walls of this exceptional exhibition. 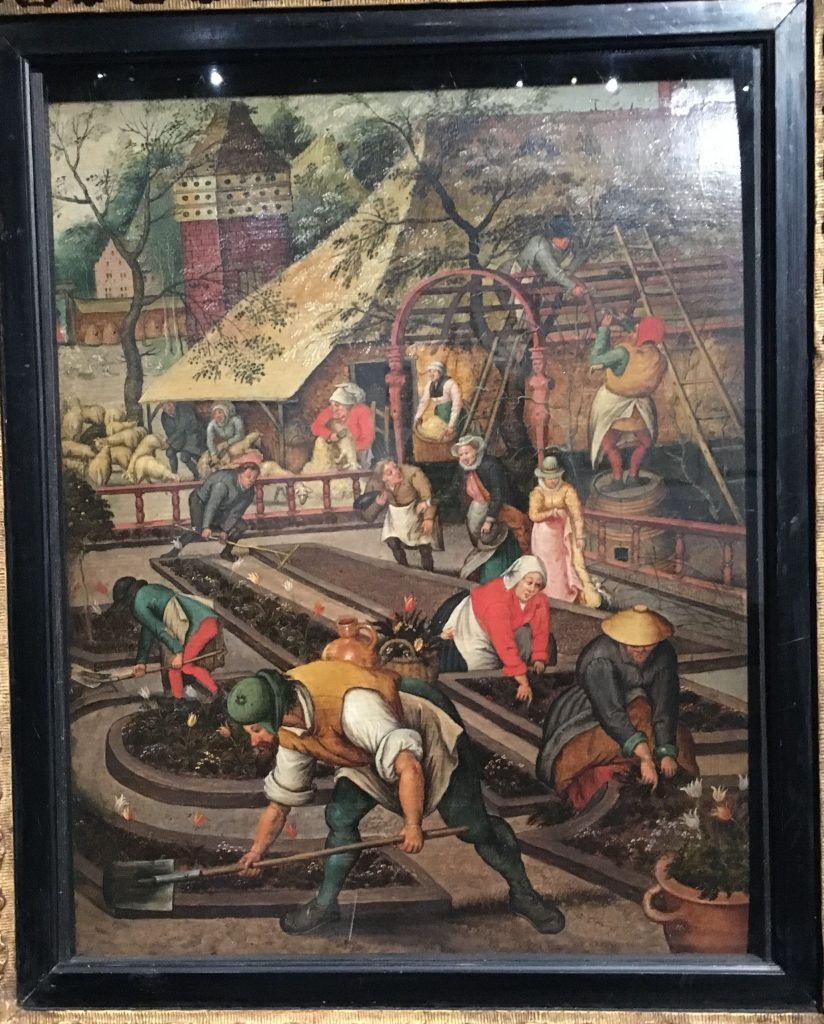 It could have been a mish mash of impressions, a flea market of beautiful pictures,  but thanks to the curator’s personality, it is an ideal kaleidoscope of flowers, trees, objects, sculptures, garden plans, rare vegetables. 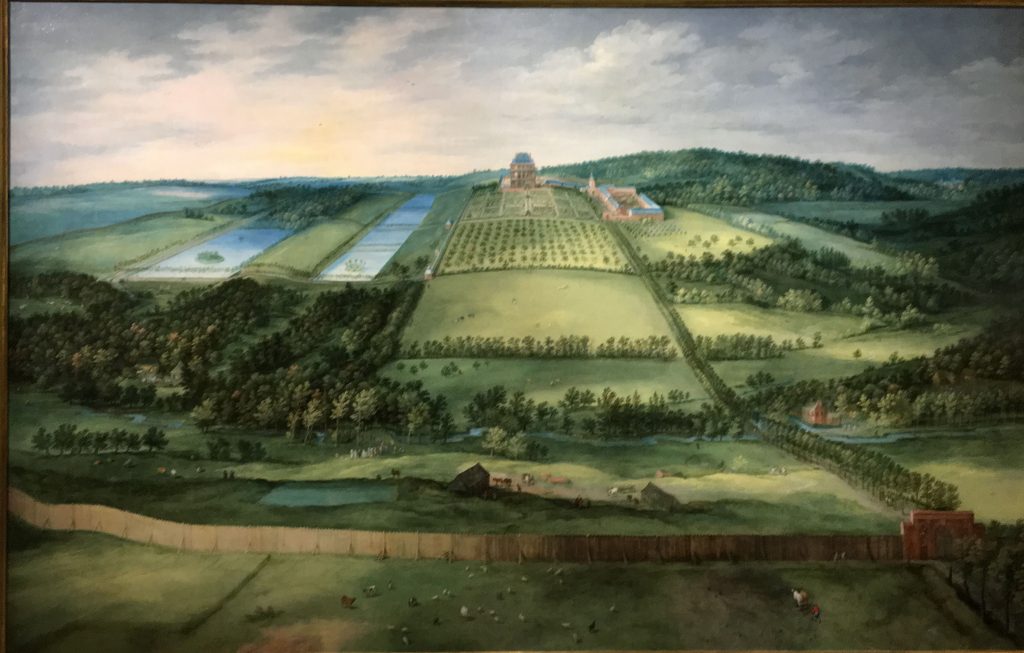 One of the most extrordiany objects is one of a series of 530 « books » made in wood and depicting 441 tree species. Each book/box is made in the essence of the tree it depicts and contains fragments, seed, barks, leaves, branches of the specific tree. It comes from the Naturkundemuseum in Ottoneum near Kassel where the Documenta is taking place again this summer. 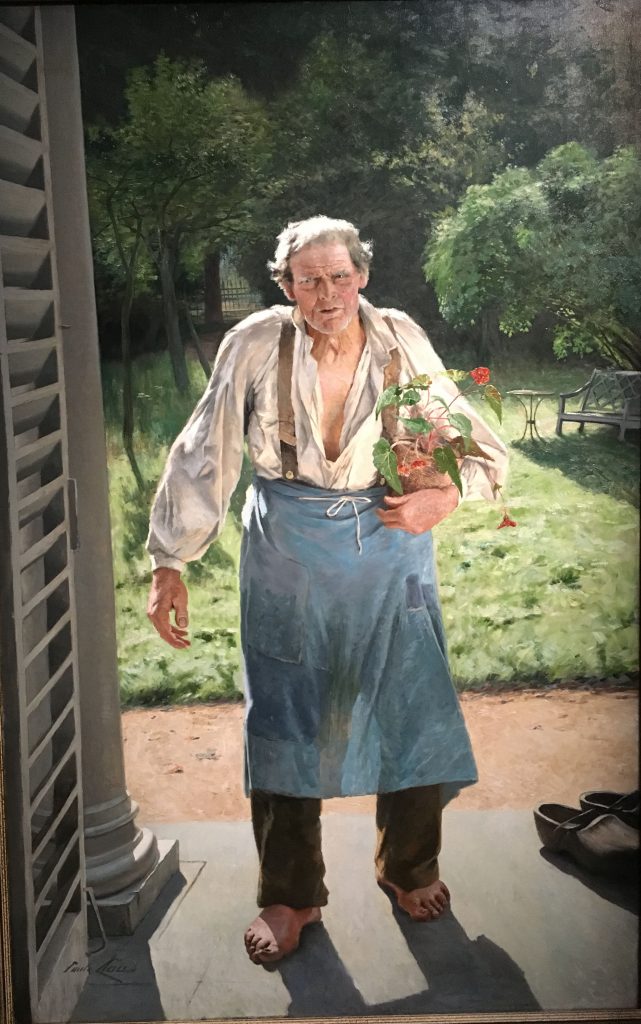 Many documents come from the Museum d’histoire naturelle in Paris, including « Pratiques de taille des arbres » a lovely drawing. Of course Achille Duchêne and André Le Nôtre are represented as are our generation of garden designers Pascal Cribier, Camille Muller and Louis Benech… Impressionists are present with Monet, Caillebotte, Cézanne, Klimt who converse with Atget and Richter.

Van Cleef & Arpels, the official sponsor, has a beautful window as well as Cartier. “La dame de Courances” by Beaubrun, gracefully introduces the 17 th and 18 th century maps of gardens and large paintings. Peter Greenaway’s film, « The Draughtman’s contract » , Beatrix Potter’s « The Tale of the Flopsy Bunny » and Paul Strand’s discreet pictures of his garden in Orgeval end the show with a contemporary feel. I only miss one artist, David Hockney whose Lincolnshire paintings are the most amazing pieces. 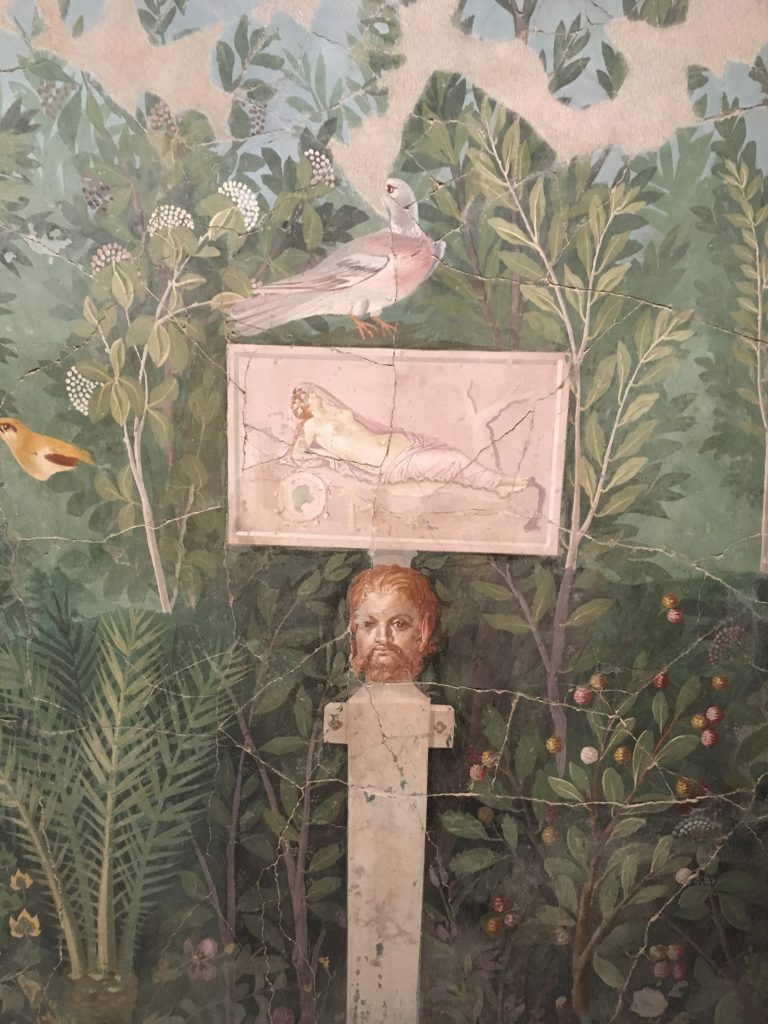 Pompéi, painting of a garden, detail

This walk through the galleries of Grand Palais was a like crossing the woods of a magical estate, my mind was elated and I felt like singing. After the fabulous « Painting the modern garden » at the Royal Academy a year ago, this show is a new and successful exercise, which proves that gardens have a long tradition of success.

4 Comments on “Gardens, classical and contemporary at Grand Palais”