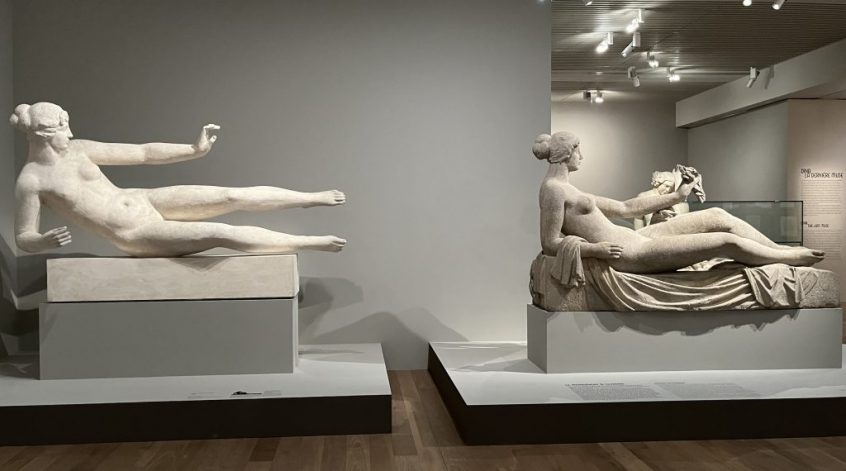 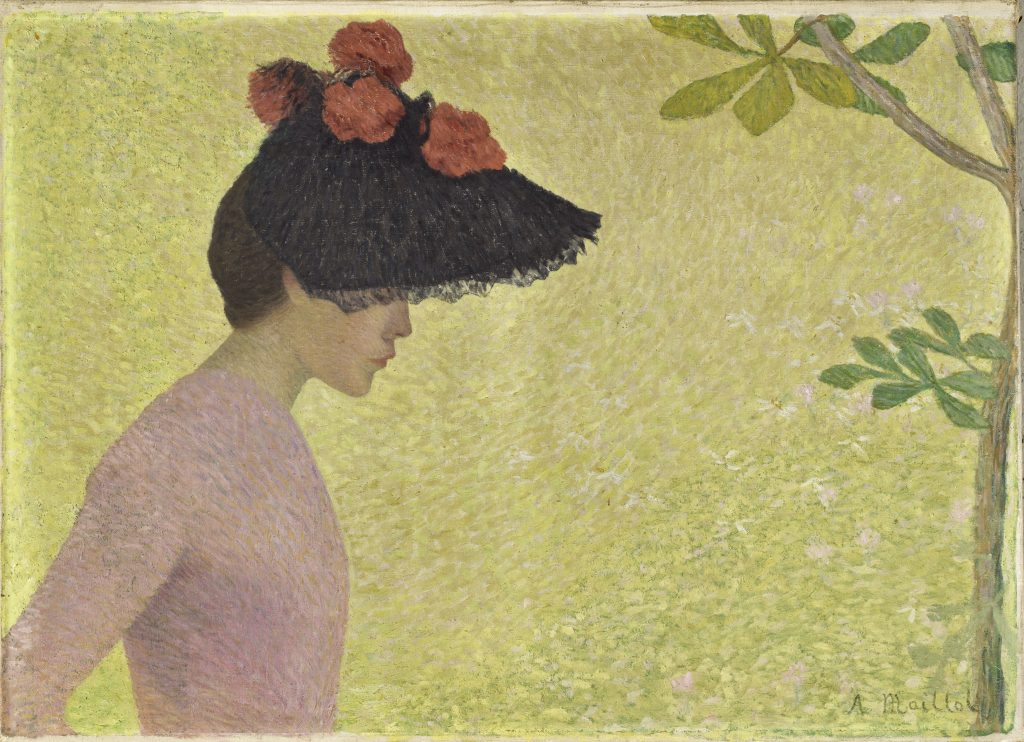 The great discovery at Musée d’Orsay, which features two exhibitions of Catalan architect Antoni Gaudi and French artist Maillol, is that Aristide Maillol was not only the well known sculptor of fat ladies, he was also a very good painter. And I was happily surprised to see among the 200 works, his “Maternité”, the portrait of his wife Clotidle and son Lucien in 1896, his “Tante Lucie”, inspired by Whistler’s portrait of his mother, “The Wave” and “Young peasant woman”. He also designed tapestries for Princesse Bibesco whom he was introduced to by Edouard Vuillard. Antoni Gaudi, who is most famous Internationally for his Sagrada Familia church in Barcelona, is also a surprise with his large and heavy ornamented furniture, stained glass window and futuristic houses. 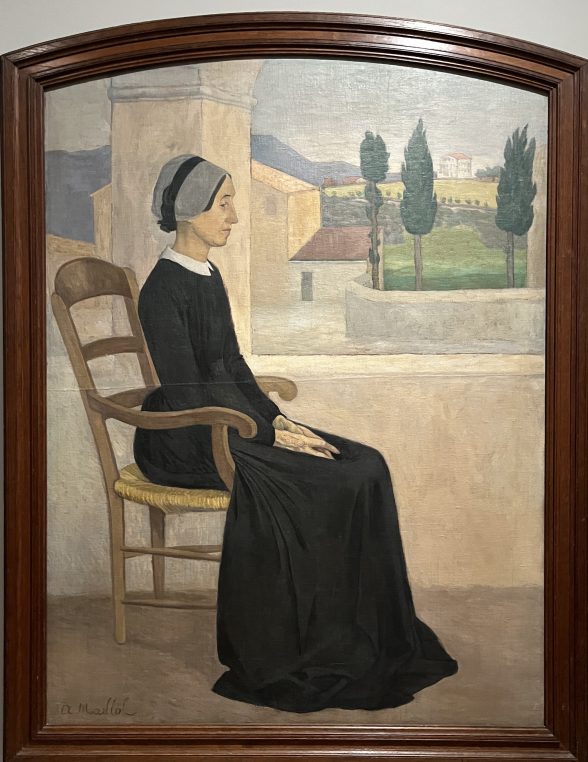 Musée Maillol on rue de Grenelle in Paris was founded in 1995 by the Roumanian born Dina Vierny (1919- 2009), Maillol’s model since she was 15 and executor when he died in 1944. She gave a number of his sculptures to the French State during André Malraux’ reign as minister of culture. And she was largely responsible for reviving the sculptor’s reputation but I had never seen his paintings. For Maillol (1861-1944), “a statue is an architecture”, the harmony and the arrangement of the volumes in relation to light was paramount to every subject. He took his time and worked from numerous sketches. He was (like Gaudi) from Catalonia (on the French side), a self taught artisan but with a huge classical culture and liked music. 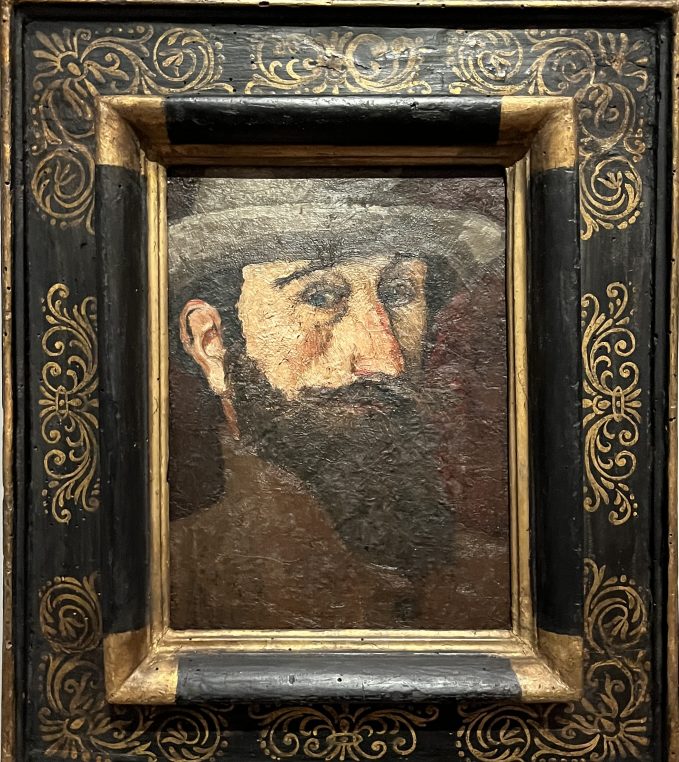 He moved to Paris in 1882, studied at Ecole des Beaux arts and discovered Puvis de Chavannes and Gauguin. He painted young women in profile, the daughters of sculptor Gabriel Faraill, a friend from Banyuls. He also experimented embroidery and tapestries for Hélène Bibesco, made simple clay vases and started sculpting wood which would lead him to plaster, marble and even lead statues for the inspiring “Desire”. He was greatly supported by the galerist Ambroise Vollard the art critic, Octave Mirbeau and a benefactor, Count Kessler fro whom he made ” Méditerranée” for, a large statue based on his wife Clotilde. 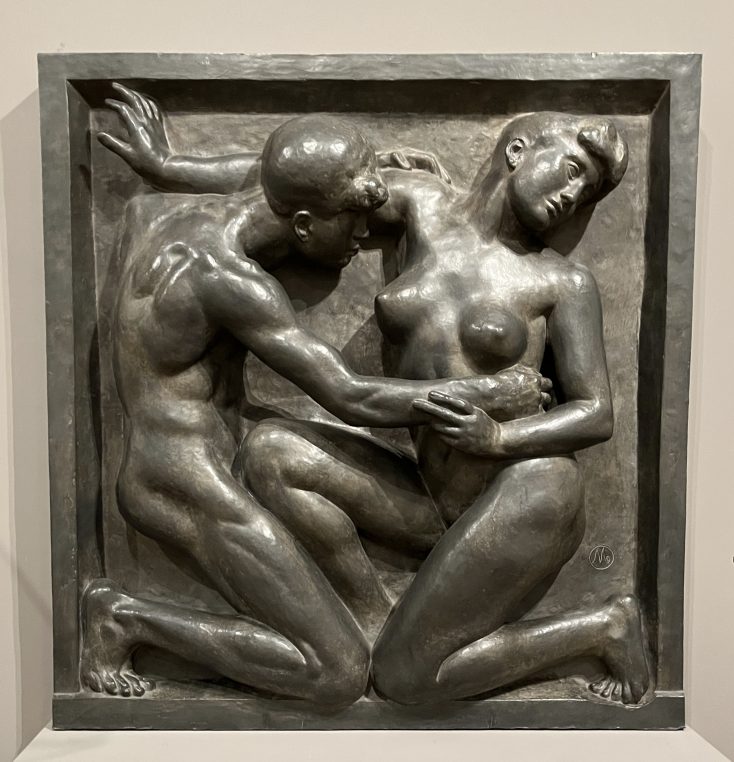 Gaudi (1852-1926) is a giant. His Sagrada Familia basilica is the Eiffel Tower of Barcelona with 5 million visitors a year. When you walk into the exhibition you are immediately confronted with the sculpted oak interiors of casa Milà, a treasure of Art Nouveau decor. Many drawings of projects follow with a pier looking like a Venetian palazzo, photographs of Casa Bardes, Casa Calvet,  Casa Vicens and Palacio Güell, a reception and music venue and its columns and large eccentric furniture. Born in a family of coppersmiths, he also claimed to be primarily a hands on worker. He worked primarily in Barcelona and Spain but also built the Franciscan Missions in Tangiers. 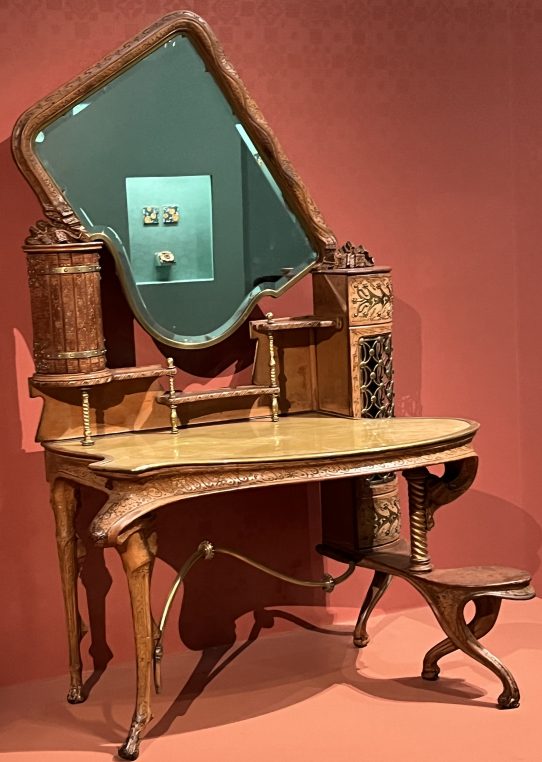 This exhibition is a treasure for aspiring architects because of its number of projects and drawings from one of the most famous  modernists who started out being inspired by French architect Viollet-le-Duc. His elevated ceilings and his arches with tilted columns and concrete or “artificial stone” are the result of his passion for geometry and mathematics. He used shape in an innovative way with roofs, façades and railings traced out like waves. The Sagrada Familia, dedicated to the Holy Family of Christ, is mostly a façade dedicated to the Nativity and was never completed even though Gaudi moved to live on site for many years. Gaudi disappeared abruptly  after he was hit by a tram in 1926. After a public outpour of grief, he was briefly forgotten until Salvador Dali led the Surrealists to rediscover his work. 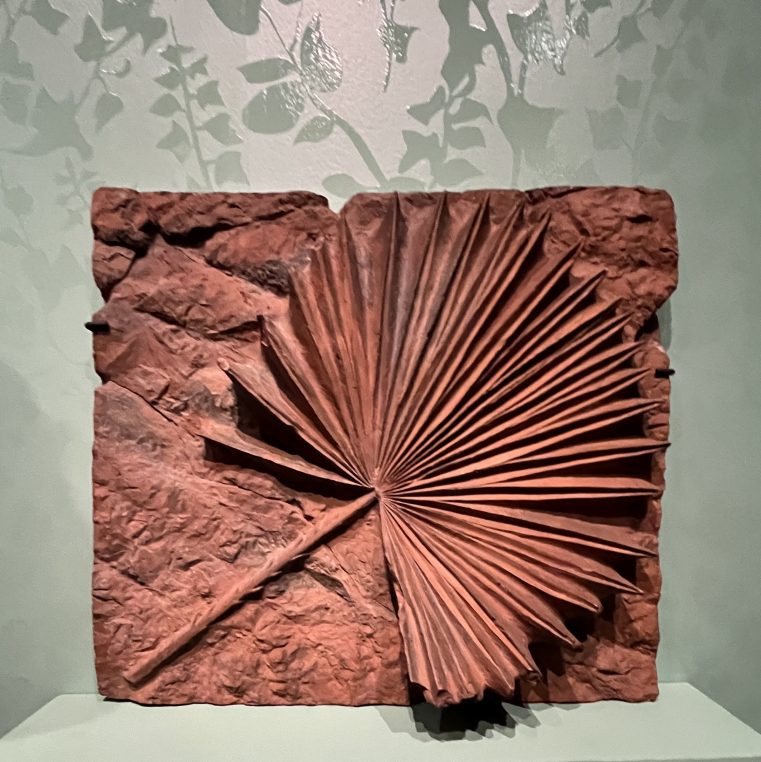 There are many concerts and lectures organized in the auditorium of Musée d’Orsay where Luc Bouniol-Laffont was until recently in charge of the programs. He has just moved on to the Louvre where he is working on the Auditorium’s new activities. 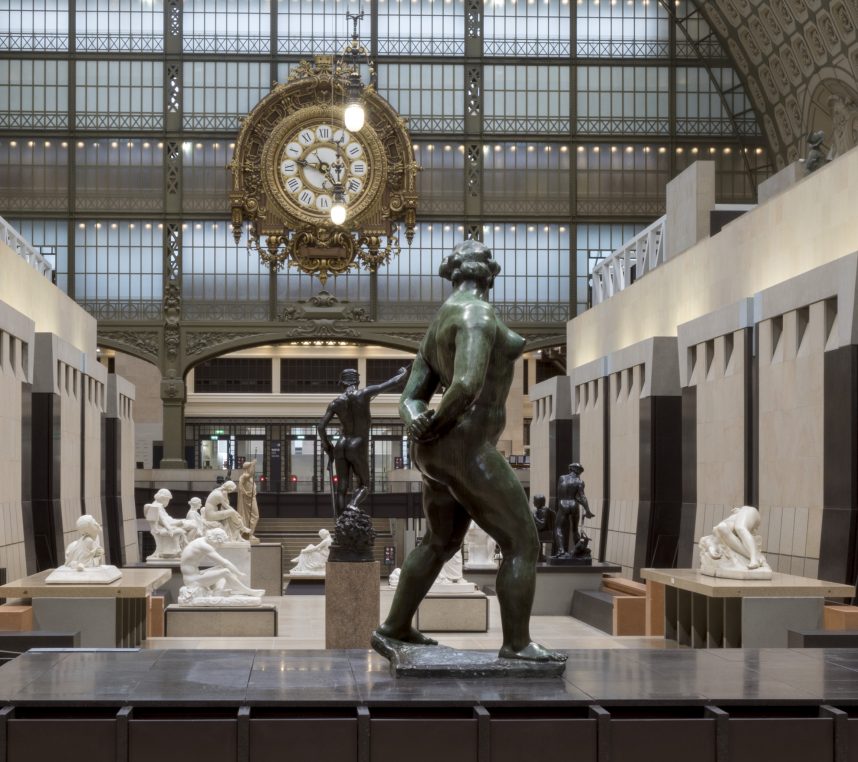 Musée d’Orsay until July 17 for Gaudi and August 21 for Maillol.

One Comment on “Gaudi and Maillol star at Musée d’Orsay…”