The critic has been very negative and I don’t know why. “Les Volets Verts” (the green shutters), the new film by Jean Becker, with Gérard Depardieu and Fanny Ardant is based on an old story published in 1950 by George Simenon. The script is Jean Loup Dabadie‘s last one. He died in May 2020. It is an (almost) one man show by the most brilliant living French actor, who plays his own part in a way, in the film. He is overweight and risks a heart attack any minute, is still in love with his former wife, an actress, Fanny Ardant, and likes to seduce. All the supporting actors are excellent, Benoît Poelvoorde as his only friend, Anouk Grinberg who dresses him every night for the mediocre play he acts in, and Steffi Celma the wonderful actress (discovered in “10%” call my agent) who accompanies his last days.

If there were any reservations to be made, it would be about Fanny Ardant’s part which is really vacuous, she is badly made up and looks too old for the part. The quality of Depardieu’s acting is uplifting on every image and the contrast between his celebrity and his sad lonely life seems very real. This film is a perfect tale of the difficulty of being a revered actor with a failed personal life 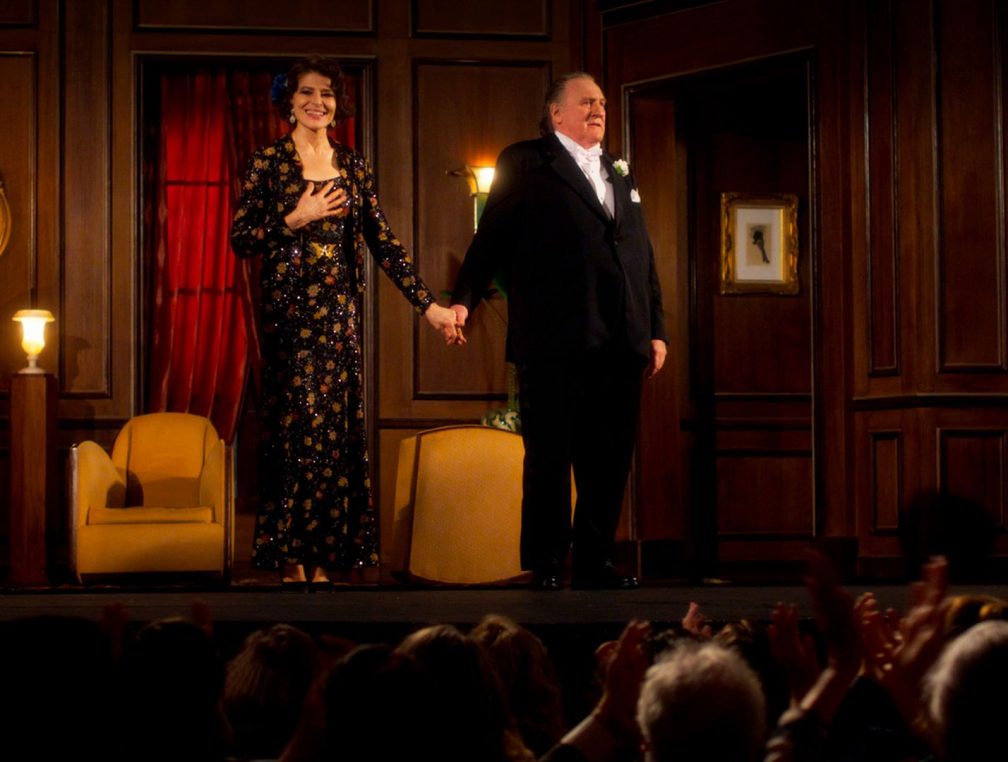 Fanny Ardant and Gérard Depardieu are back playing together

3 Comments on “Gérard Depardieu is irresistible in Les Volets Verts”