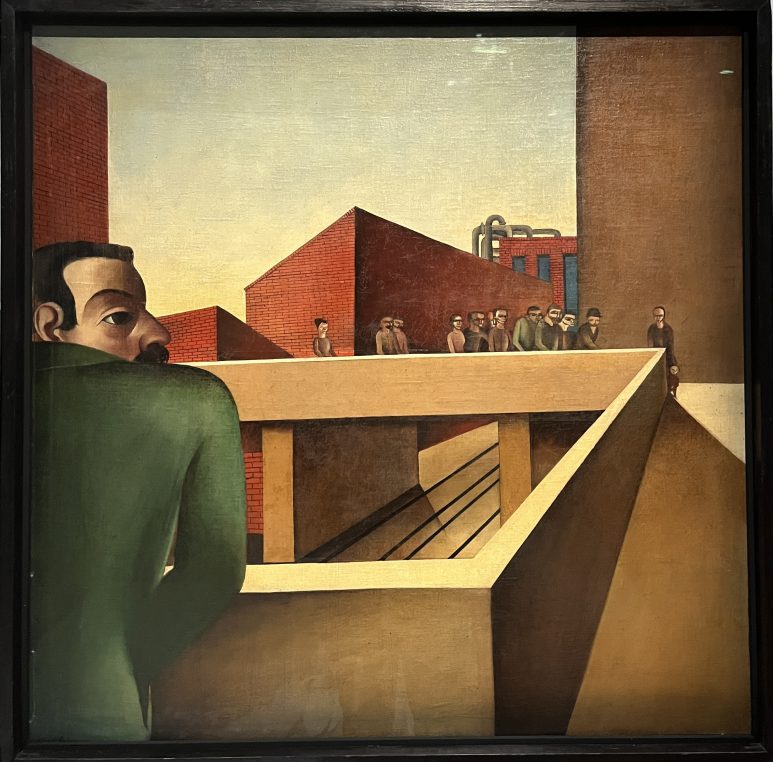 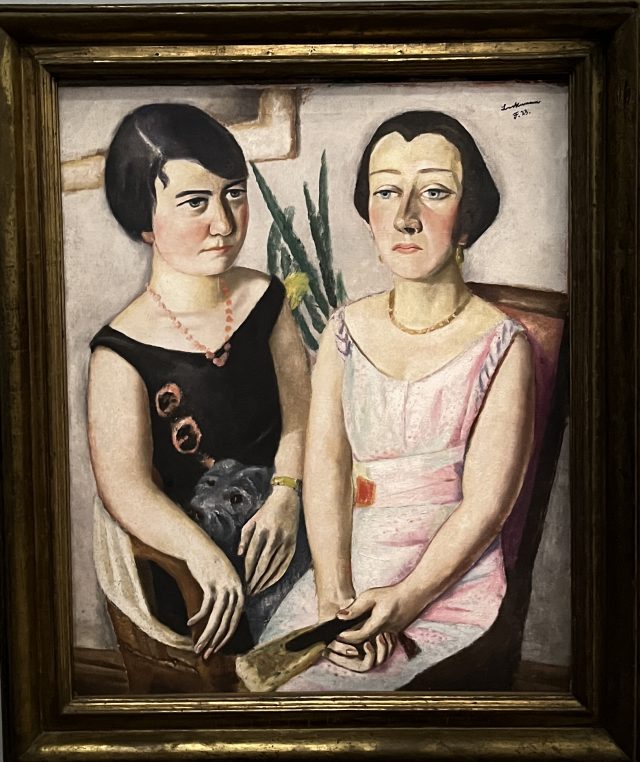 The exhibition at Centre Pompidou of “Germany 1920’s, New Objectivity, August Sander” is so wide that one could have split it in two to make it more digestible with its 900 pictures. It presents overlapping narratives of post WWI years and has fantastic art and photographs. It is worth going, with a lot time at hand and a calm mood… German modernity and “New Objectivity” as it is called,  during the Weimar Republic 1918-1933, is particularly interesting due to the changes in German society. August Sander’s “Menschen des 20. Jahrhunderts (People of the 20 th Century) is a fascinating reflection and classification of the society of the time (from farmer to banker), a series which he only abandoned in 1934, after his son was arrested by the nazis. He called these portraits “assisted self-portraits”. 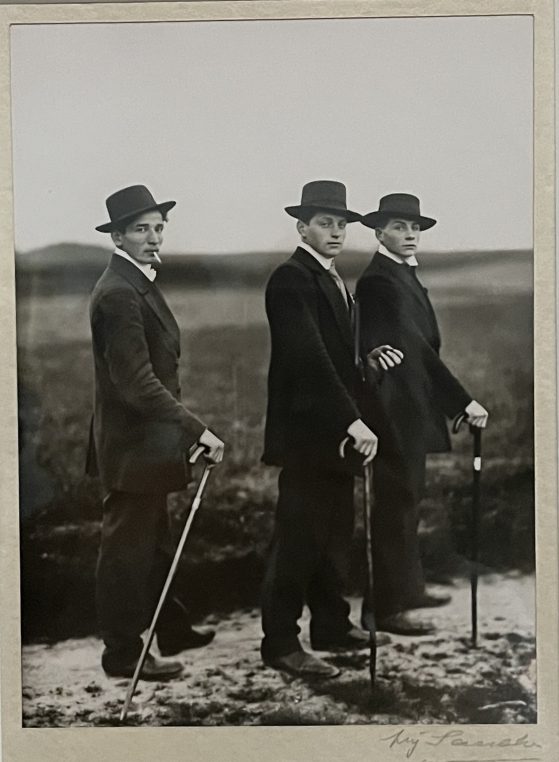 August Sander‘s photographs of dressed up young farmers before WWI, symbolizes a calm world of peace just before these young men are mobilized and one of them would die at the front, within a month. All his photos of students, of factory workers, of hundreds of different professionals, give a fantastic fresco of the actors of the time. There are also architecture and decoration shots, portraits of painters and writers. The photographer was born in a mining family in Westerwald, and his prime quality was to apply the practices of the XIX th century to the modernity of XXth century. He inspired Walker Evans with his rootedness in the land and his revolutionary spirit. 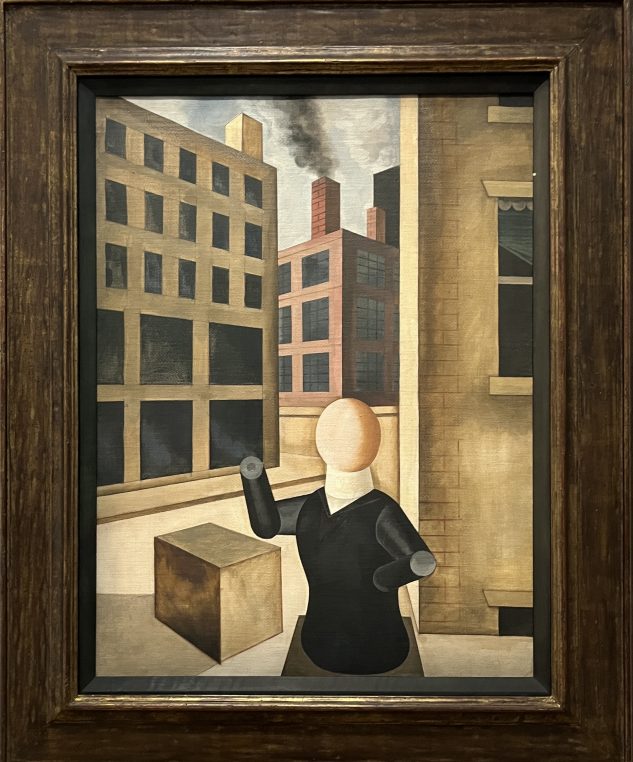 I enjoyed walking around the numerous rooms and discovering painters such as George Grosz, Heinrich Hoerle, Anton Räderscheidt, Alexander Kanoldt and George Scholz whom I was not familiar with. Their dark and very strong and realistic paintings are riveting. Otto Dix is another example of the social urban description, as is Christian Schad with his portrait of Dr Haustein, a famous dermatologist in Berlin or Lotte B. Precimer who delivers terrifying portraits. 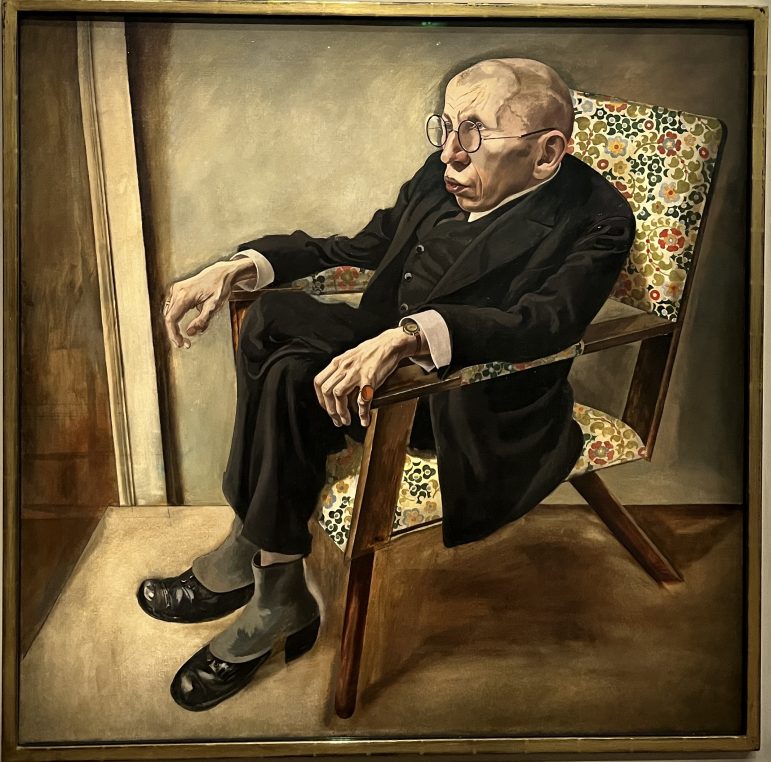 The architectural photographs and paintings are also very interesting because of the new building techniques and the Bauhaus.  Martin Höhlig’s photographs of the “Berlin im Licht” festival in 1928, a light festival organized by the gas and electricity companies show incredible architecture. Kurt Weill composed a song with the same title and open air concerts took place in the city between October 13 an d18 th just after the Dreigroschenoper (Three penny opera) was performed. 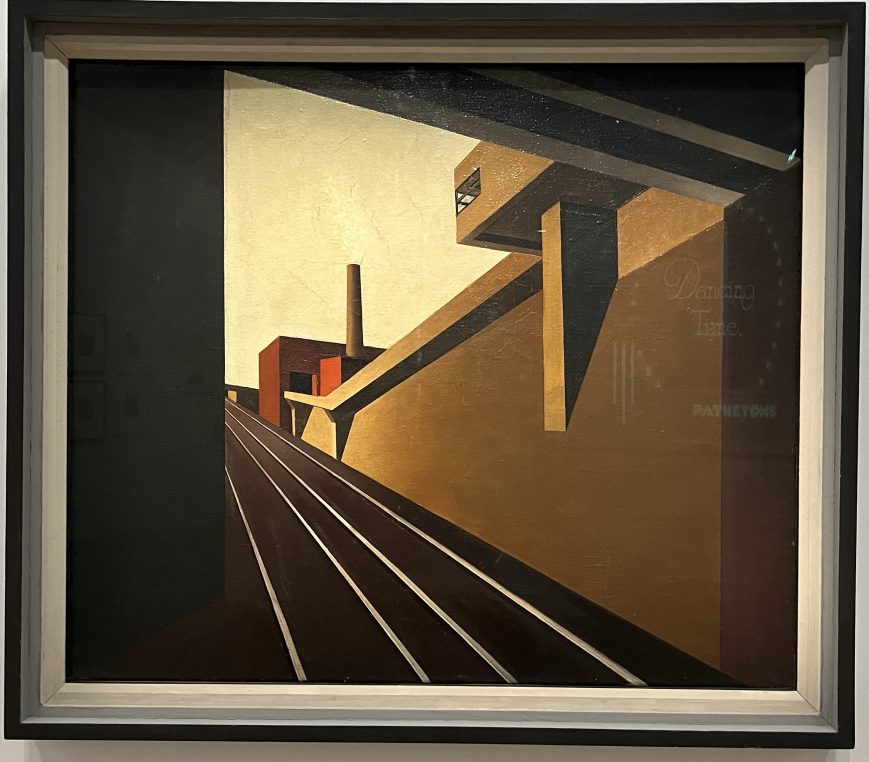 This is a very large exhibition but you are free to look at what you like and most works are exhibited in Paris for the first time.

Centre Pompidou until September 5 and at the Louisiana, in Denmark afterwards. The wonderful contemporary artist Tatiana Trouvé is also on until August 22.

One Comment on “Germany in the Twenties, and August Sander at Centre Pompidou”