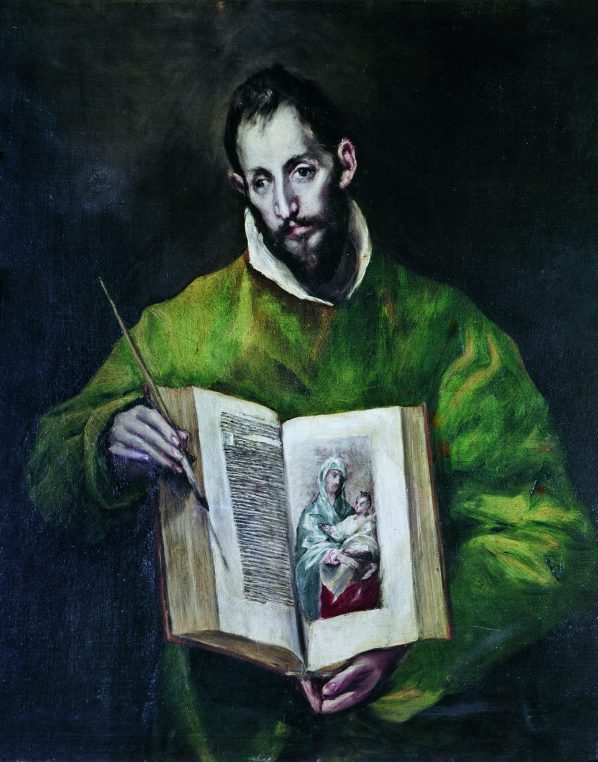 The Greco retrospective curated by Guillaume Kientz at Grand Palais is the greatest surprise of the week in its modernity and its freshness. Never have the paintings by the famous artist from Crete, looked so contemporary. 71 works are hanging on white walls in the long space usually devoted to photography. If you dreaded seeing too many of his oblong faces, don’t worry, his Maria Magdalena is very sensuous, his St Joseph looks like a sweet grandfather and there is even a polychrome wood statue of a muscular Christ in a gigantic tabernacle. 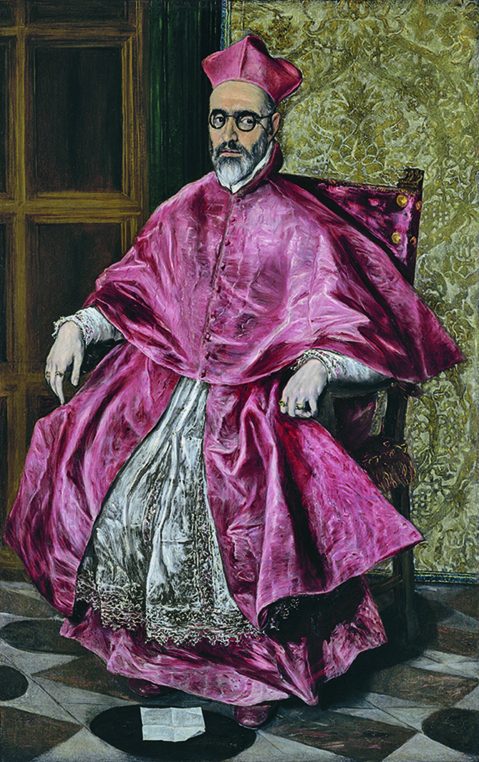 The huge four meter high “Assumption of the Virgin” is the first painting that strikes you at a distance, when you enter the white space. After the introduction to the show, which is devoted to his first works in Heraklion, the space opens up and your eye discovers at one glance the genius of the artist. Inspired by the Byzantine style of icons, he is soon influenced by Venice which governs Crete and where Titian and Tintoretto reign. He lives there for three years before moving to Rome, where he mixes with the Palazzo Farnese crowds of intellectuals. But it is in Spain, in Toledo, that he will finally settle and become famous. 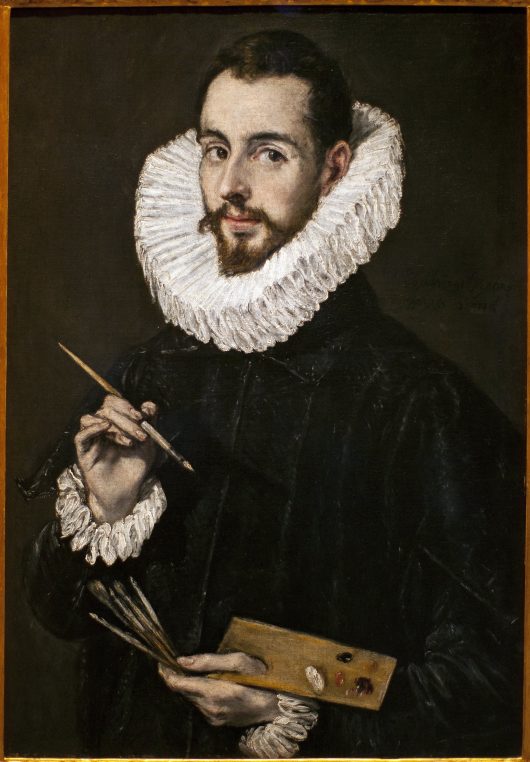 Toledo at the time counts 60 000 inhabitants and is one of the centers of artistic and cultural life in Europe. After painting one large work for Philip II at the Escorial, he is rejected by the king who does not approve of his “Martyr of St Maurice” and finds refuge in Toledo. This is where he paints the famous “Funeral of Count d’Orgaz” in 1588. He develops there his passion for architecture and sculpture (there is one in the show) and enlarges his studio in the Palace of Marquese de Villena hiring many apprentices. His son Jorge Manuel, whom he portrays of as a painter, starts helping him finish the numerous commissions, but he will eventually turn to architecture.

The beautiful painting of “Saint Martin and the poor” where a young naked man stands by the horse, certainly inspired Picasso as did the last painting in the show, ” St John’s vision” from the Metropolitan museum. It is astoundingly modern and could have been painted in the 20 th century.

This is the first retrospective of the artist (1541- 1614) in France and Guillaume Kientz, formerly at the Louvre and now, curator of European Art at the Kimbell Art Museum in Fort Worth, has managed to get amazing loans from all over the world. This small exhibition is therefore a treasure. 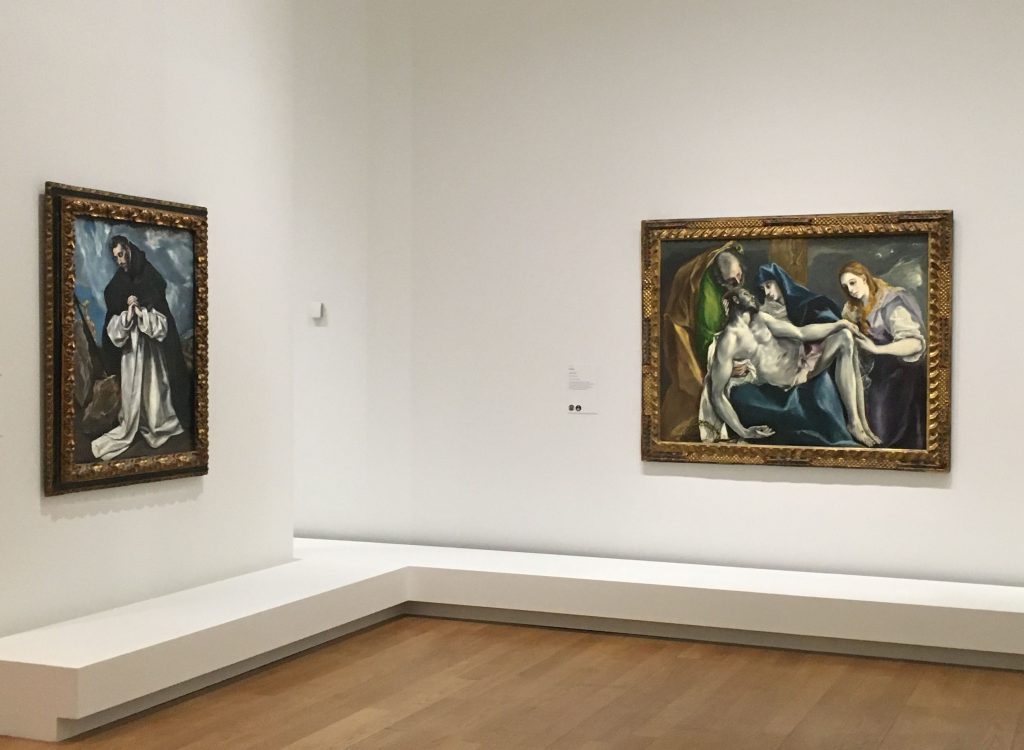 The scenography by Véronique Dollfus is airy and clear with a beautiful use of colors. The perspective of the marvelous portrait of Cardinal de Guevara with the Assumption of the Virgin in the background is unique. There is not a moment of boredom.

2 Comments on “Greco, at Grand Palais, like you have never seen him”