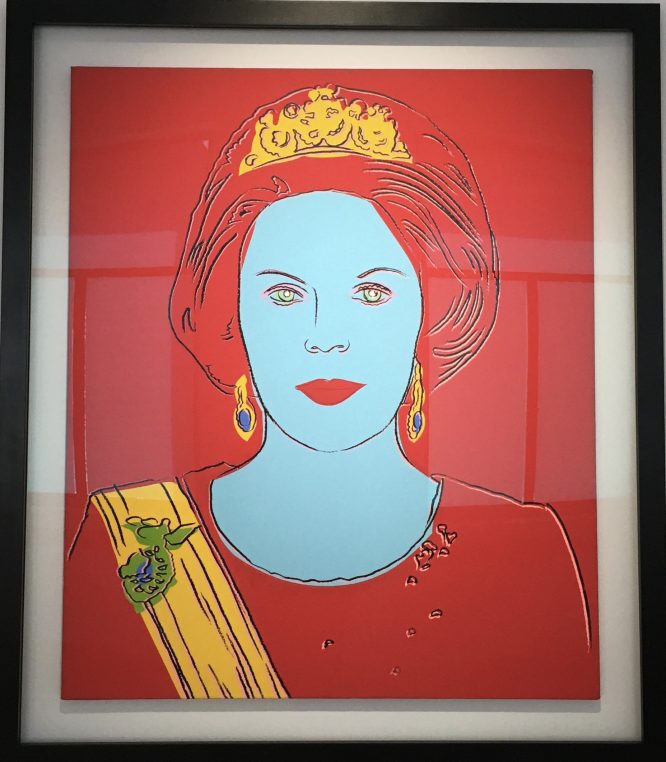 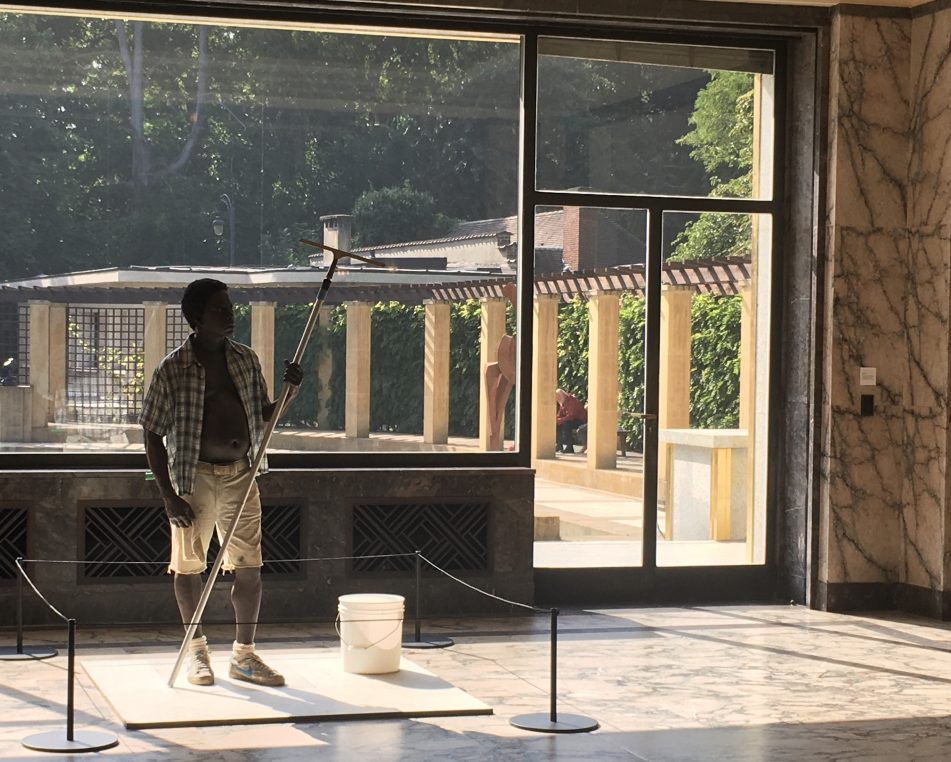 “Icons” is the theme chosen by Henri Loyrette for his very successful exhibition at Fondation Boghossian in Brussels. It is set in the magnificent art deco Villa Empain, built in 1930 by Louis Empain, age 22, on the avenue des Nations (now avenue Franklin Roosevelt) where all the embassies are settled. The house has gone through many hands from the German army in 1943 to the USSR embassy and the RTL television channel until 1990. It was acquired by the Boghossian Foundation in 2006 and entirely renovated by the artist Jean Boghossian and its director Diane Hennebert. It was awarded the Europa Nostra Prize for the quality of the work. The façades in polished granite, the different marbles, walnut and rosewood panelings, stained glass window and mosaics are all quite exceptional and it provides a perfectly intimate decor for the icons chosen for the show.

The first image which welcomes you in the solemn hallway is Pierre et Gilles‘s “La Madone au coeur blessé-Lio”, from the Pinault collection. Its gold frame set in a dark room immediately gives drama to the show. It is followed in the second room by a series of religious icons, “Five saints” from a private collection in Brussels, represents Cosmas, Bishop Clement of Rome, Bishop Peter of Alexandria, Damian and Stephen, the first Christian martyr. “Also Weep not for Me, O Mother”, a Byzantine Pieta. Saint Catherine of Alexandria (287-395), the Mother of God of Tikhvin and the Burning Bush. I particularly liked Belgian artist Fabrice Samyn‘s works in burnt wood, “Untitled, from the Burning is Shining series”, 2016 where the blackened wood offers a wonderful contrast with the gold. 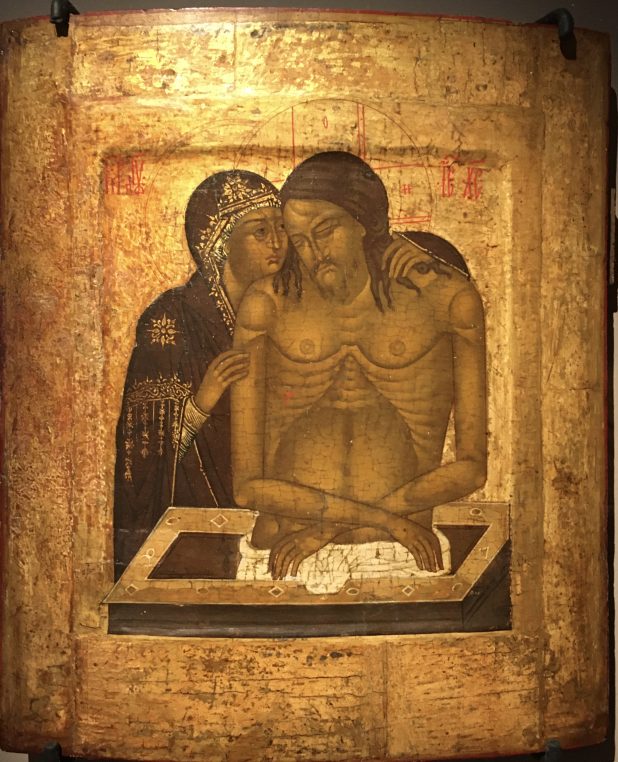 Weep not for me, O Mother, 1896, Mariemont Royal Museum, Morianwelz

These works are shown in the series of bedrooms of the Empain villa. In the blue  bathroom, which is spectacular with its  mosaics, Lucien Lévy Dhurmer‘s hieratic modern icon of Madonna and child and Pont Aven school artist Charles Filiger‘s very pious Christ and the Virgin  represent well the evolution of the concept of Icon. they come from Musée de Quimper in Brittany. 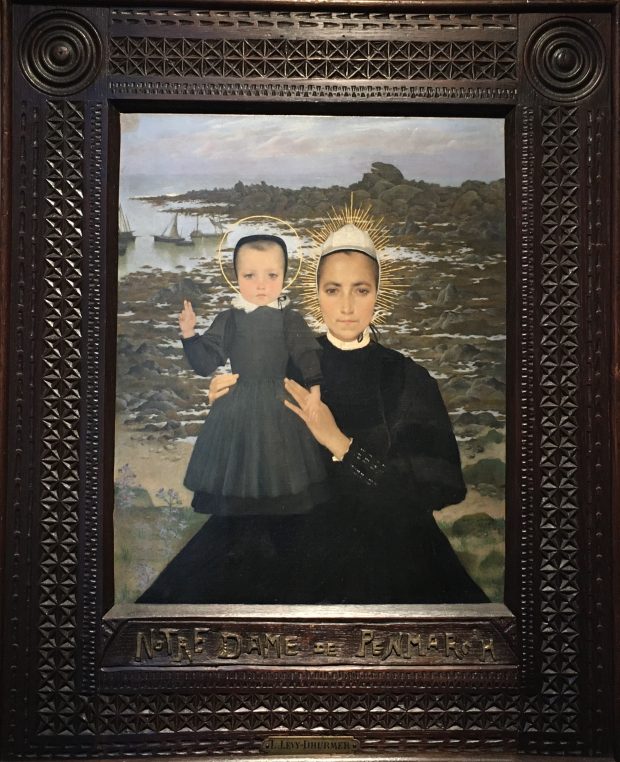 Henry van de Velde, Jean Fautrier, Octave Landuyt, Georges Rouault and the late Syrian painter Marwan, create a magnificent ensemble in the guest bedroom. Of course an exhibition on Icons had to include Andy Warhol and it is the very happy and young Queen Beatrix of the Netherlands in 1985, which represents him here. It was lent by The European Investment Bank of Luxemburg.  The Armenian French artist Sarkis is probably the most represented artist here with his IKON series in Madame’s bedroom. When I spoke to Henri Loyrette, curator of the show, he mentioned that this Armenian artist, born in Istanbul in 1938, had particularly worked on icons, he had created paintings encouraging the public to touch and kiss these objects of devotion, rather than let them be simple artworks. 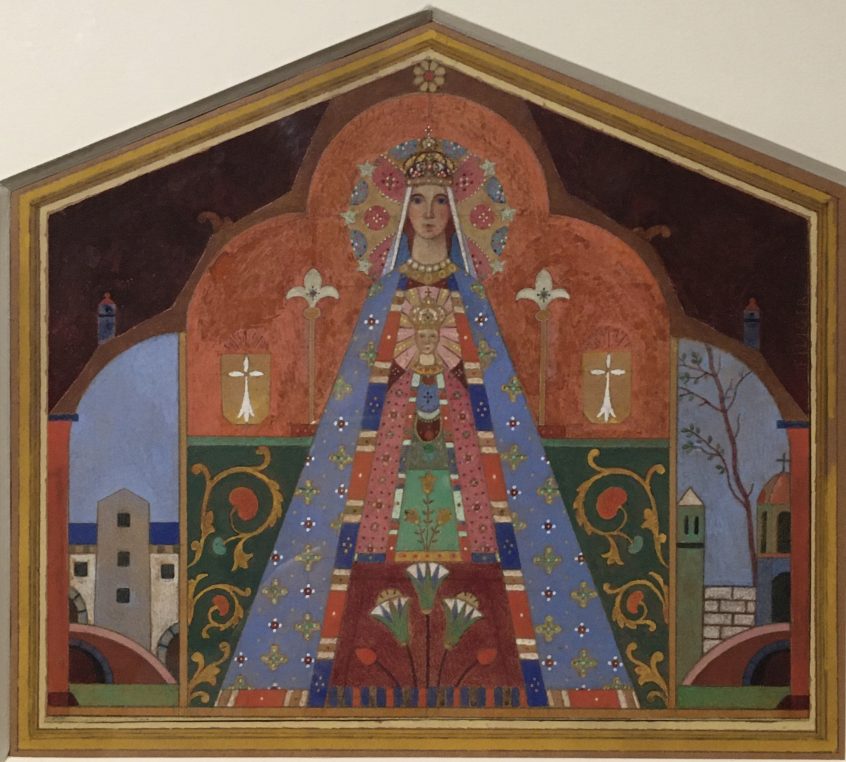 Loyrette started studying icons when he was at Villa Medici in Rome and was writing on the renewal of interest in Medieval art at the Vatican. He has always been interested in “How does one look at art?” “What is a work of art” and developed this search when he was president of the Louvre from 2001 to 2013. One of his favorite artists, Jean Auguste Dominique Ingres, looked at Russian icons and copied them. Some of these paintings are at the Pushkin museum now. He also told me this story of when Bernadette Soubirous was asked about how the Virgin Mary looked in her apparitions in Lourdes, she was shown many images of the mother of Christ and only reacted to the Icon of Cambrai’s Madonna image. A fact which fascinated Picasso and Malraux. 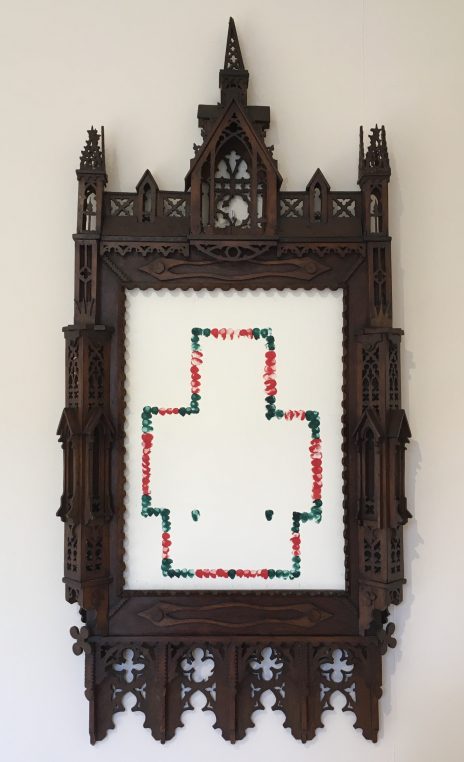 When you walk up the stairs, you are confronted with a work by Annette Messager, “Icone” 2013, lent by the Marian Goodman gallery, and on the ground floor a large portrait of Deng Xiaoping (2021) by Yan Pei-Ming symbolises the newfound freedom for entire generations of Chinese, which enabled him to become an artist.  Duane Hanson‘s “Window Washer” is ultra real with the blue water of the swimming pool in the background and Wim Delvoye‘s “Untitled (Icon)” pictures printed on birch wood and embossed zinc are very  intriguing. 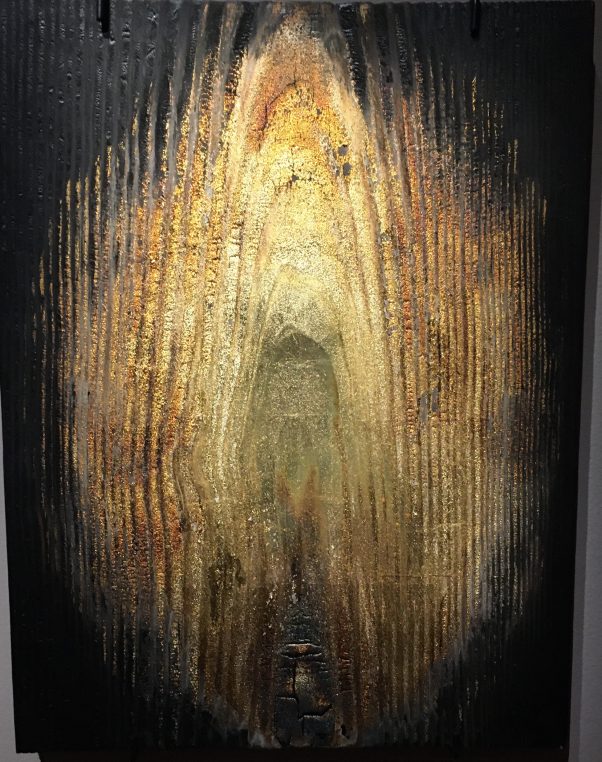 I cannot recommend enough visiting Fondation Boghossian when you are next in Brussels. The atmosphere is that of a private house, very intimate with a rhythm of its own, which particularly attracted Henri Loyrette for this whimsical show on a sacred topic. Downstairs, an exhibition of wooden blocks from the First World War, “Trees for memories” gathers 31 International artists from the signatory states of the Treaty of Versailles. Anish Kapoor, Tony Cragg, Christian Boltanski, Sean Scully, Braco Dimitrijevic, Kiki Smith… all created special pieces with a 30 x 30 x 30 cm block of oak originating from Alsace, where trees were particularly wounded in WWI. 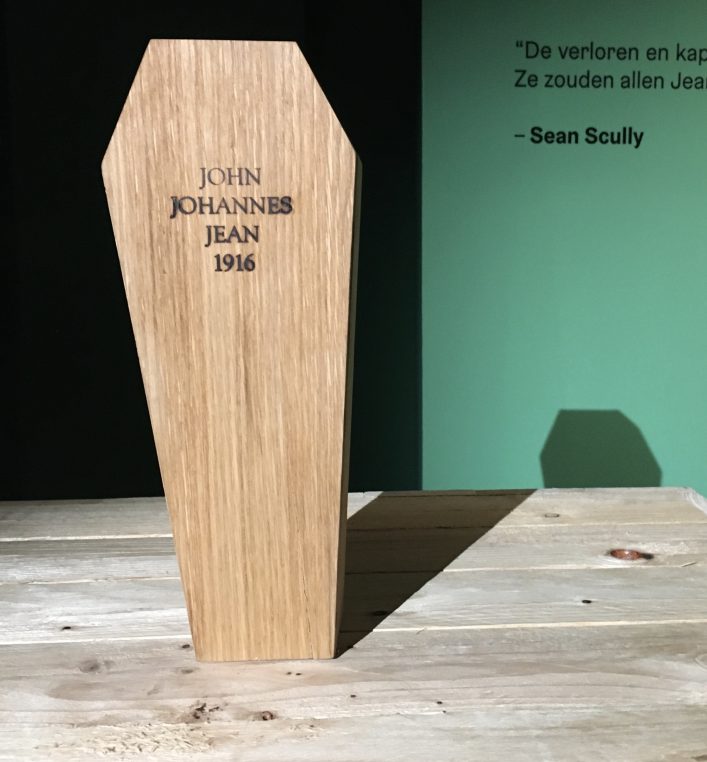 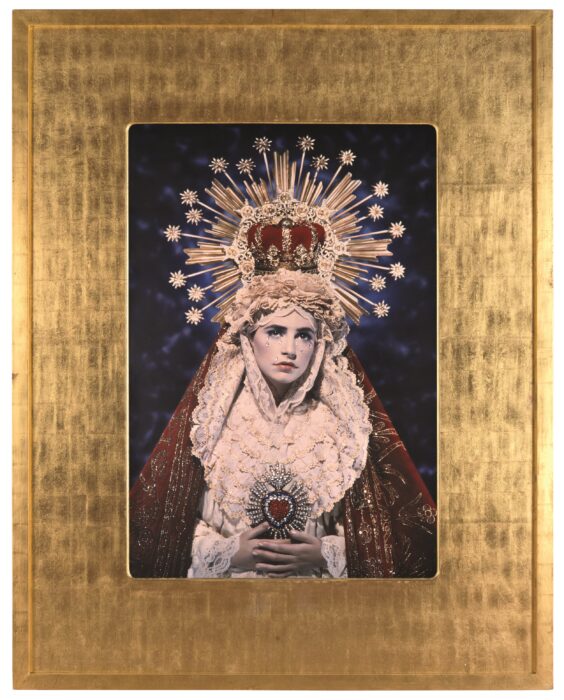 5 Comments on “In Brussels, Fondation Boghossian is a true discovery”