Many of us drive through the north of France to reach Southern England through the Chunnel and why do we never stop on the way? Calais has two museums which are worth looking at. To reach this sadly famous city, in perfect temperatures, I drove around the Baie de Somme, admired its lovely pré salé lambs, raised on salted grass fields, and stopped in Noyelles-sur-Mer, to visit the Chinese cemetery designed in 1921 by Edwin Lutyens. 842 Chinese helpers are buried there, who came during the First World War, to help in agricultural and industrial venues. This Chinese Labour Corps included 150 000 Chinese, who were paid to carry the wounded and de-mine the fields. They stayed on after the armistice and many of them caught the Spanish influenza. The cemetery sits in the middle of the fields with beautiful trees and is not to be missed as Art Historian Emmanuel Ducamp had tipped me on. 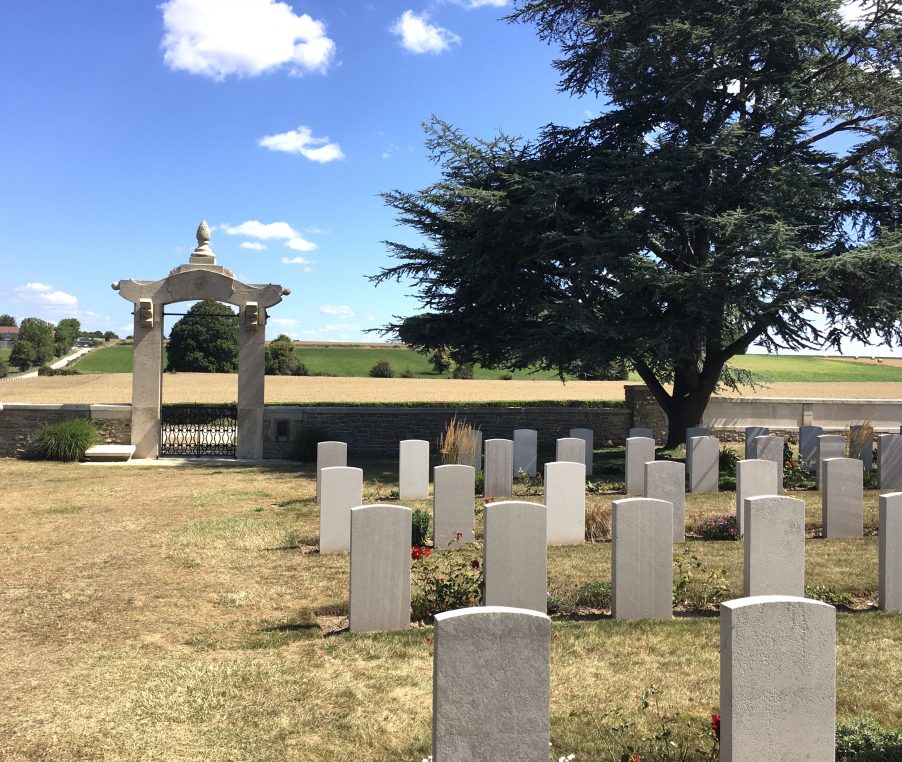 This visit naturally led us to lunch, a few miles away, at Raymond de Nicolay‘s beautiful castle of Regnière-Ecluse and its very large park, which is one to the public. The property has been in the same family since the 11 th century, attached to the monastery of Saint Riquier, and the 15 th century castle was enlarged in Neo gothic and Tudor style in 1838 and 1847 by its then owner Comte Herman d’Hinnisdal. Nicolay, a Parisian auctioneer, spent the last fifty years furnishing and decorating the house which had been turned into a children’s vacation home after the war. He also planted tens of thousands of ornemental trees in the park, inspired by 18 th century landscape architect, Capability Brown and surrounded by 1 000 acres of woodland. 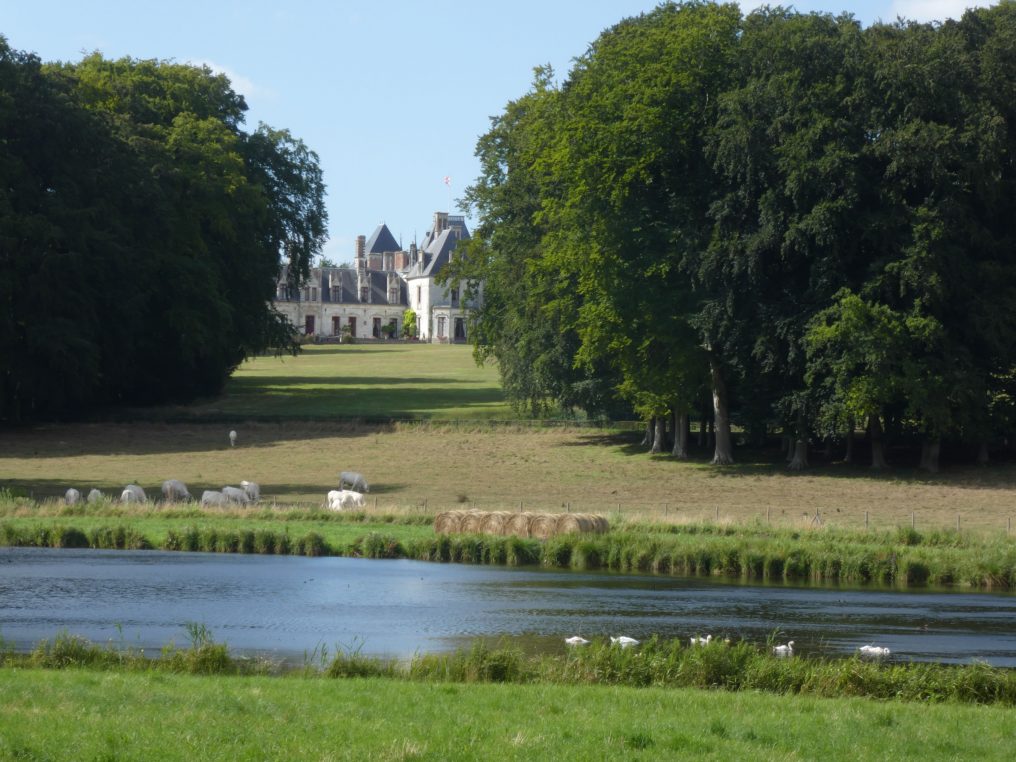 The castle of Regnière-Ecluse seen from the park, photo Hélène d’Amécourt

After lunch in a perfect English dining room with portraits of ancestors on the wall, we were toured around the house and forest and four hours were hardly long enough to get the history of every piece of furniture, suspension, staircase and decors some of which are reminiscent of Duban’s in Chantilly. One of the pieces which fascinated me, was a series of large paintings on cotton of the owner’s different family trees. The park, forest and house are listed and are now part of the Conservatoire du Littoral. They can be visited until September 18 th from Wednesdays to Saturdays and the host is often there touring the visitors himself. 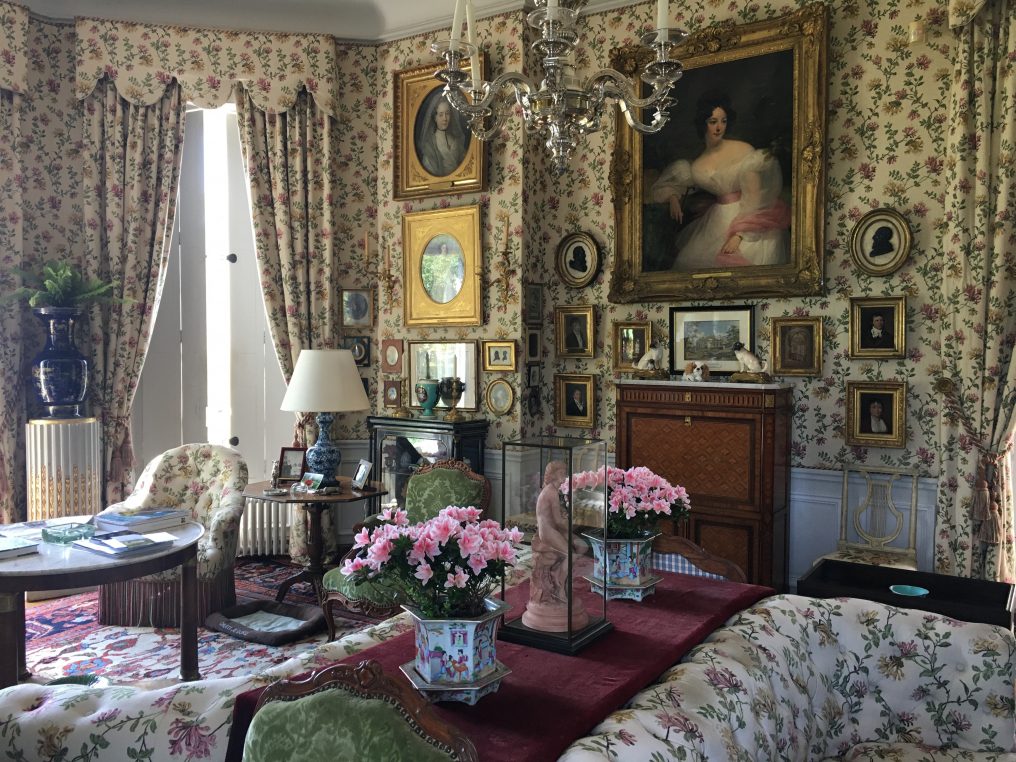 One of the ravishing drawing rooms decorated by Raymond de Nicolay

We then went on north east to visit Saint Omer, an interesting little town with a beautiful cathedral and a museum very rich in china and ceramics, Musée Sandelin. I discovered the industry of clay pipes from the 18 th and 19 th centuries, which started when the industry of tobacco became successful here, in the north of france! There was also a fabric of faïence which often copied more famous makers like Creil. The collection is very amusing and I particularly fancied a strawberry dish from Delft. 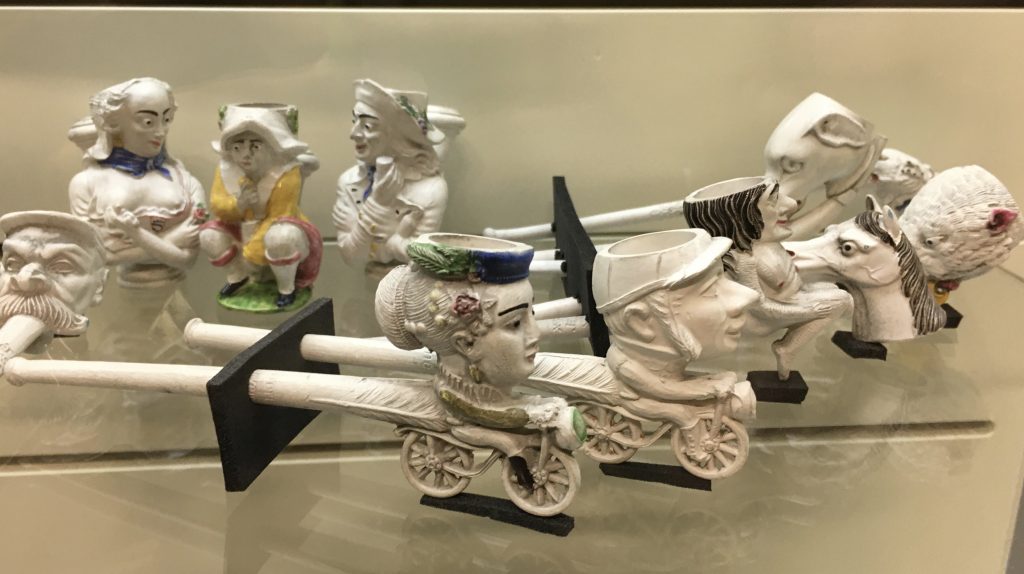 A group of clay pipes from St Omer

After visiting the cathedral and enjoying the charm of the market town, we went to have lunch at the Saint Omer Golf course, fifteen minutes away by car. The restaurant has a beautiful view over the rich fields which used to be a farm run by Jean Jacques Durand, whose family owned Cristal d’Arques, nearby. He founded the golf course thirty years ago and it is very successful, an inland course near le Touquet and Hardelot which are both links. Don’t bother to go to Arques where the local glass shop has become a supermarket of low level plates and glasses. 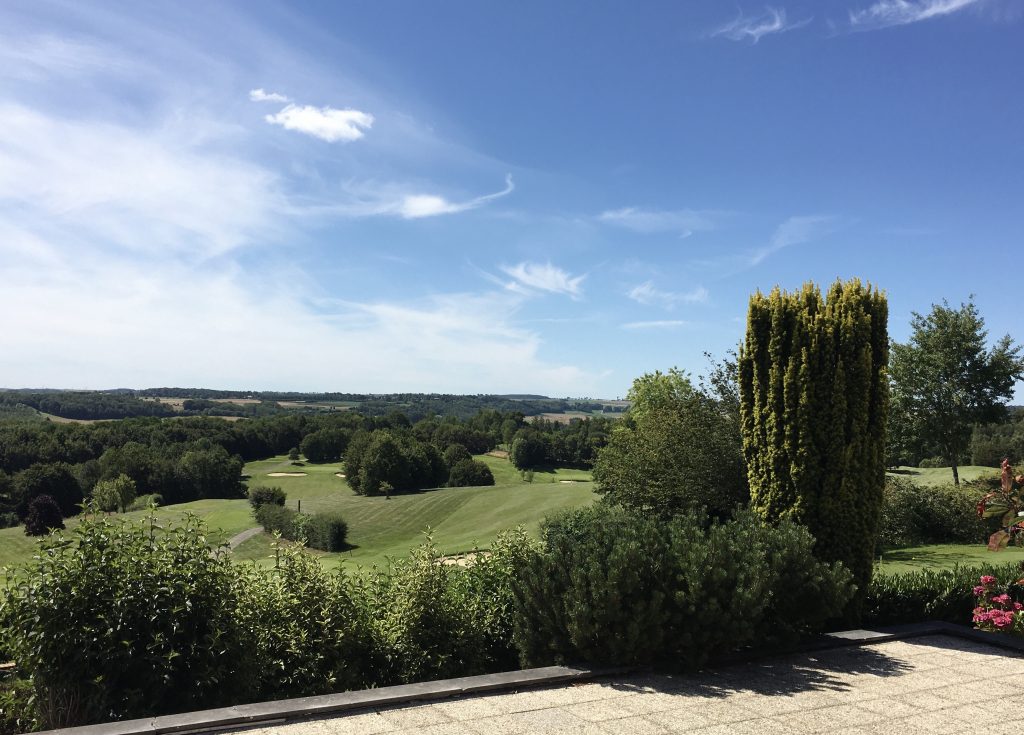 Our last stop was in Calais to visit the Museum of Arts built in the 1960’s under André Malraux’s reign. Of course the most famous museum is Cité de la Dentelle, which houses the most amazing collection of lace, but I had seen it twice before and there was no particular exhibition. If you have not been, I highly recommend it and the different techniques of lace are perfectly explained by actual artisans. An exhibition of a lady adventurer Jeanne Thil (1887-1968) attracted us to the Beaux Arts which houses Auguste Rodin’s projects for Les Bourgeois de Calais, one of his most famous group sculpture.

Jeanne Thil, A caravan in front of Kairouan, 1929-1930, private collection

Born in Calais, Jeanne Thil travelled extensively between the two wars and contributed to the quest for orientalism from the colonies. Curated by Sarah Ligner from Musée du quai Branly Jacques Chirac, the show includes part of the 170 works bequeathed by her great nephew, François Olland, to the museum, in 2016. She spent forty years painting in Tunisia and all around the Mediterranean, in Corsica, Spain, Italy, Greece, Portugal, but at the beginning of her career, she painted many sketches in gouache of the war and its ambulances, the Exode, and large frescoes for the town hall of Calais.

What is interesting in her art is that she never goes for the touristic image but depicts the people and their wildness. She illustrated posters and menus for the Transatlantic boats such as “Le France” and painted a large fresco at Lille’s University. At the end of the exhibition, a section mentions all her contemporaries, ladies who travelled and painted, photographed and wrote about exotic countries such as Marguerite Delorme who spent time in Morocco and Tunisia and Henriette Damart, who travelled to Algeria. Yvonne Mariotte also, was awarded a travel grant by the Conseil Supérieur des Beaux-Arts in 1936, enabling her to travel to Morocco.

3 Comments on “In Calais, a surprise adventure with Jeanne Thil and much more on the way”