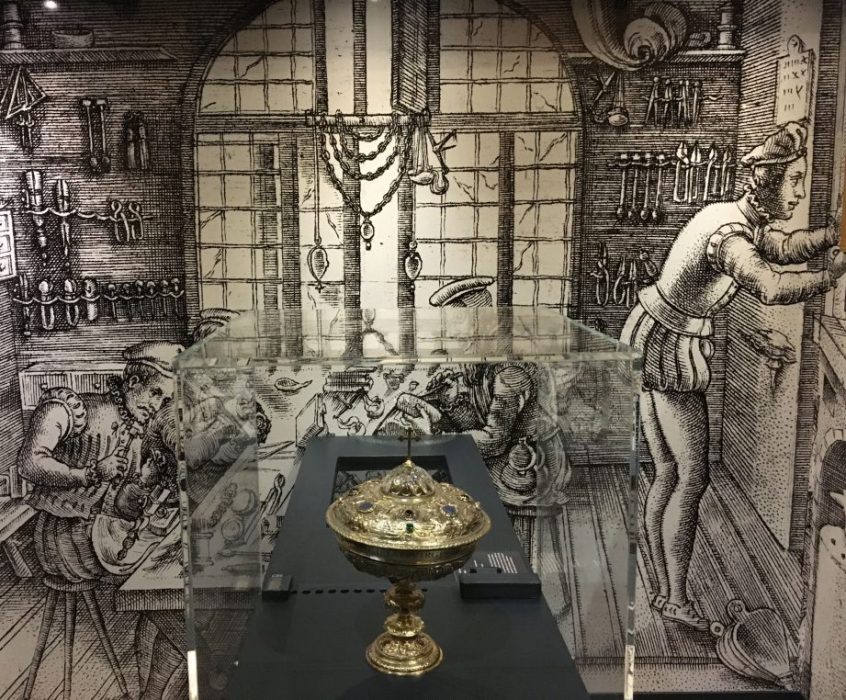 Château d’Ecouen, the Museum of Renaissance, is probably the less visited and yet the most extraordinary of Paris’s suburban museums. Its collections of precious Murano glasses and French or Flemish tapestries are unique, and at the moment, a special exhibit projects a new light on Etienne Delaune, a printer born in Milan (French at the time) in 1518. His father, worked at the court of King François 1er and had followed him to Italy.  Trained as a goldsmith, Delaune shows exemplary talent for printing and soon becomes the inspirer for many other decorative art artists who will use his drawings for enamel plaques and clocks as well as mirrors.

At the time of the Renaissance, Italian artists worked in Fontainebleau, in Paris and their works travelled around through prints. Delaune produced over four hundred finely engraved in miniature size. And other artists, jewelers or porcelain makers used them in their craft. the quality of his art was such that he was copied until the 19 th century. This is the first exhibition devoted to him with loans from the Victoria and Albert, the Vatican, the Petit Palais and MAD, but mostly from Ecouen.

Etienne Delaune had different careers, working for a short time at La Monnaie du Moulin, the ancestor of the Monnaie de Paris, in Ile de la Cité, to produce coins for Henri II. He was fired for asking a raise in salary! There are 130 objects in the exhibit showing the variety of his influence, including a precious reliquaire in silver and precious stones from the Vatican and a golden table clock made in England in the 16 th century.  I was most surprised by the back of mirrors lavishly decorated in enamel, a custom I had no idea existed. 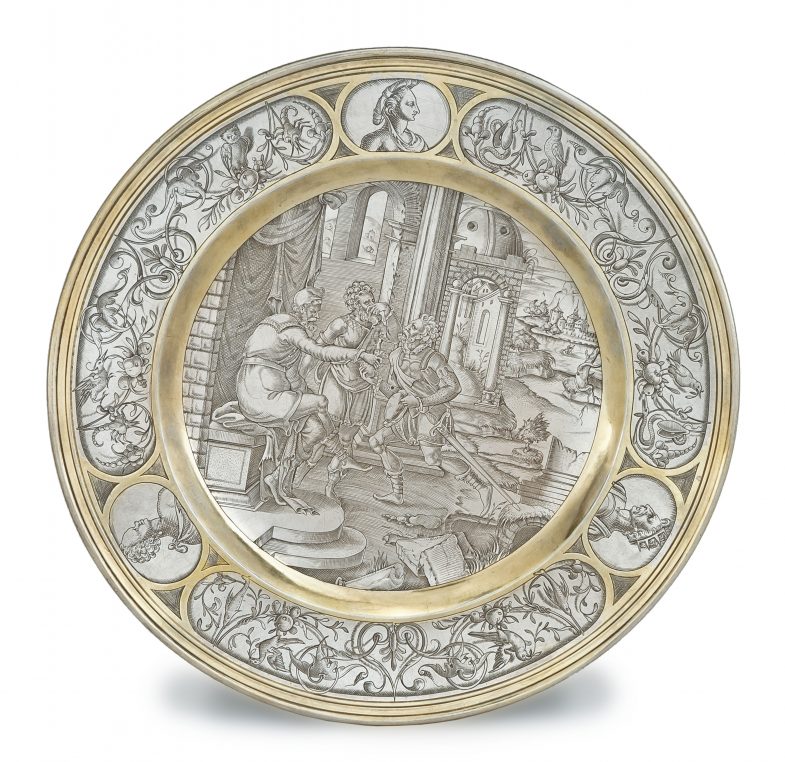 When you climb to the second floor of the castle, you suddenly discover the “Treasure” of the collection in a series of rooms with enamel plates on the theme of the twelve months of the year. Also, Murano cristal dishes with gold decors, strange “canette”,  sort of vases in grès from Siegburg in Germany, and numerous gold decorative pieces given by the Rothschilds can be seen in sealed windows and the view from these rooms is spectacular over he park. 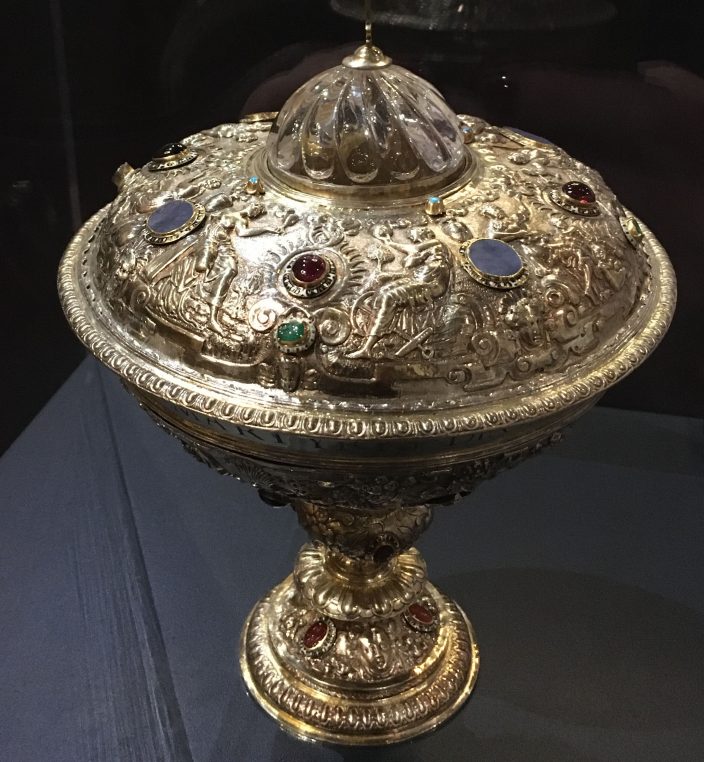 It takes a little curiosity and energy to go to Ecouen which is accessible by RER or better by car. You might also want to go on to Château de Chantilly, twenty minutes away, to visit the numerous exhibitions there.  At some point in time, Ecouen and Chantilly both belonged to Connétalbe de Montmorency and there are lot of exchanges between the two castles.

One Comment on “In Ecouen, Etienne Delaune, a master of printing!”