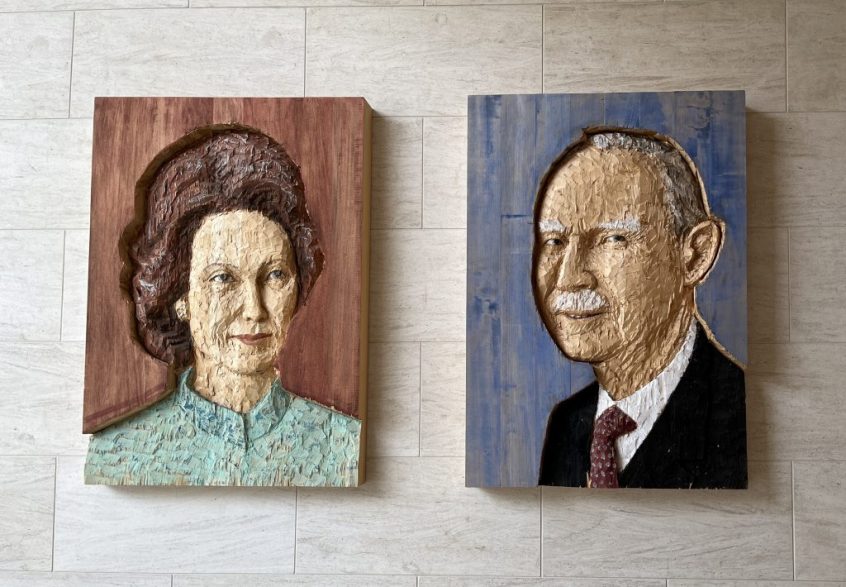 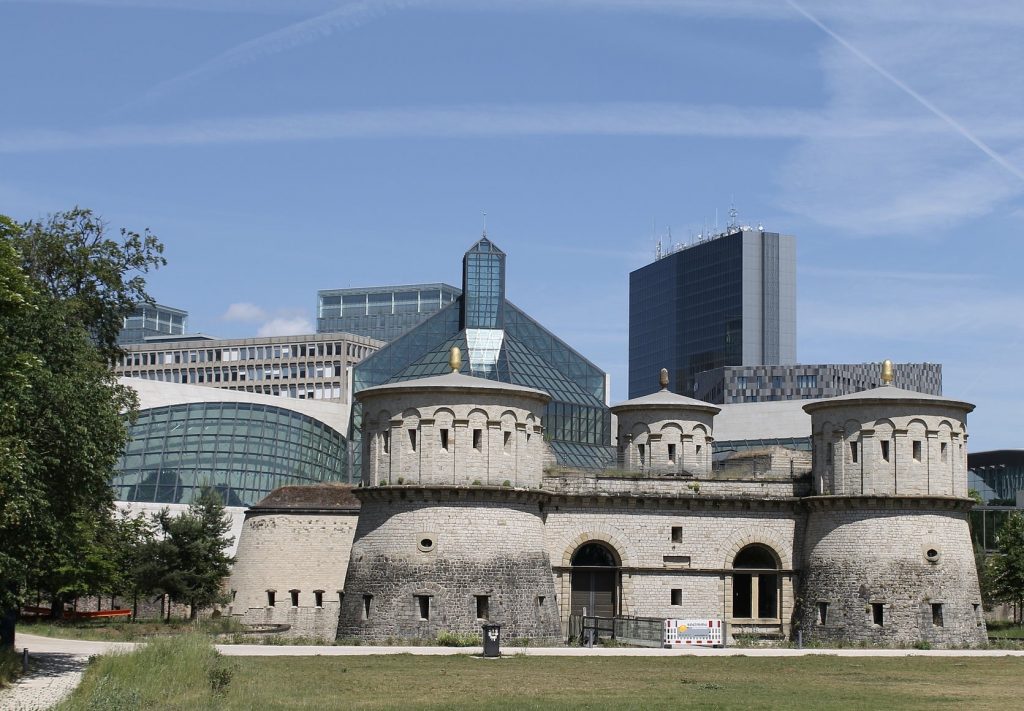 The town of Luxembourg houses 130 000 inhabitants and is mostly famous for its financial institutions (150 banks) and the seat of many European institutions located in the Kirchberg area. It is the capital a landlocked country, the Duchy of Luxembourg, close to the French town of Metz, and of Sarrebruck and Trier in Germany. On my recent trip there, I was impressed by the quality of the architecture, I.M Pei’s for the Museum of Modern art, Mudam, and Christian de Portzamparc for the Philarmonia. You can spend a few days in this very welcoming town, and have lunch at Brasserie Guillaume, an institution in the center of town or play a round of golf on the pretty rand Ducal course.

I first saw a building by Christian de Portzamparc in 1995 when he designed the harmonious  Cité de la Musique in la Villette. This includes three concert halls of different sizes (including the large rectangular one), a museum for musical instruments and apartments. It also had the Café de la musique a beautiful space decorated by his wife Elisabeth which has been converted into a cafeteria since. He was the first French architect to win the coveted Pritzker Prize in 1994 and was laureate of the Premium Imperiale in Japan in 2018. On January 11, 2023, he will be awarded the Grand Prix de l’Architecture de l’Académie des Beaux Arts under the Cupola of quai de Conti. From January 8 to 22, an exhibition of his creative world will take place at Pavillon Comtesse de Caen within the Institut. 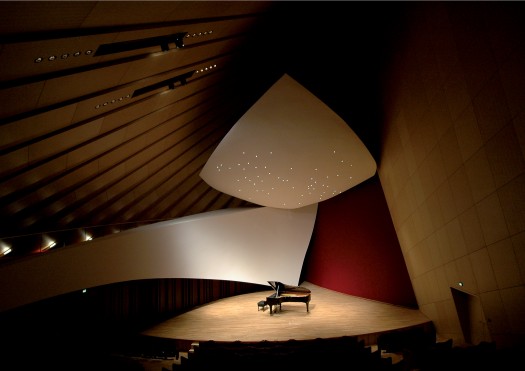 Inside the Philharmonia designed by Portzamparc in Luxembourg

At MUDAM, you are welcomed by German sculptor Stephan Balkenhol‘s wooden portraits of Grand Duke and Grand Duchess of Luxembourg commissioned in 2006. The building has the typical perfect staircases and clean galleries as well as octagonal pavilion designed by I.M. Pei who brilliantly managed to open the exhibition spaces on the gardens and on the old moat which surrounds the museum. Light is very important in this country where the sky is low in winter and the cafeteria and public spaces are all made of glass. 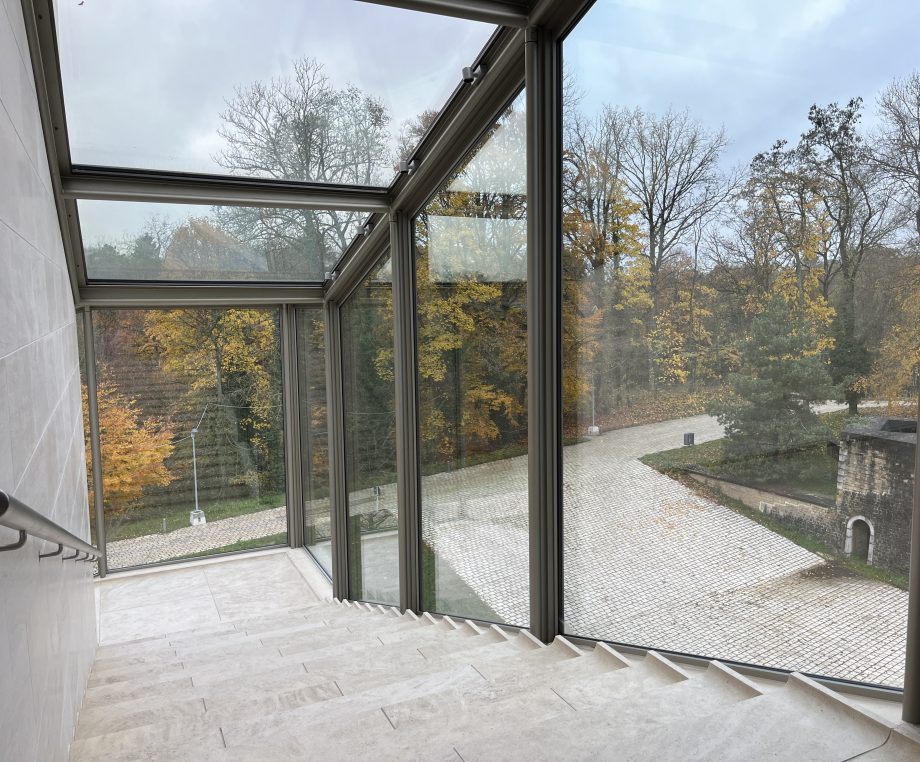 I.M.Pei’s perfect staircase opens up on the gardens and bring in light into the galleries

There are a few very good pieces from the collection on show at the moment and this includes French artist Pascal Convert‘s “Pietà du Kosovo”, a fascination work in wax, resin and copper made after a photography by Georges Mérillon of Kosovo in 1990. On one side you see the scene of the Pietà and on the other side, only the copper holes show and it becomes an abstract painting. 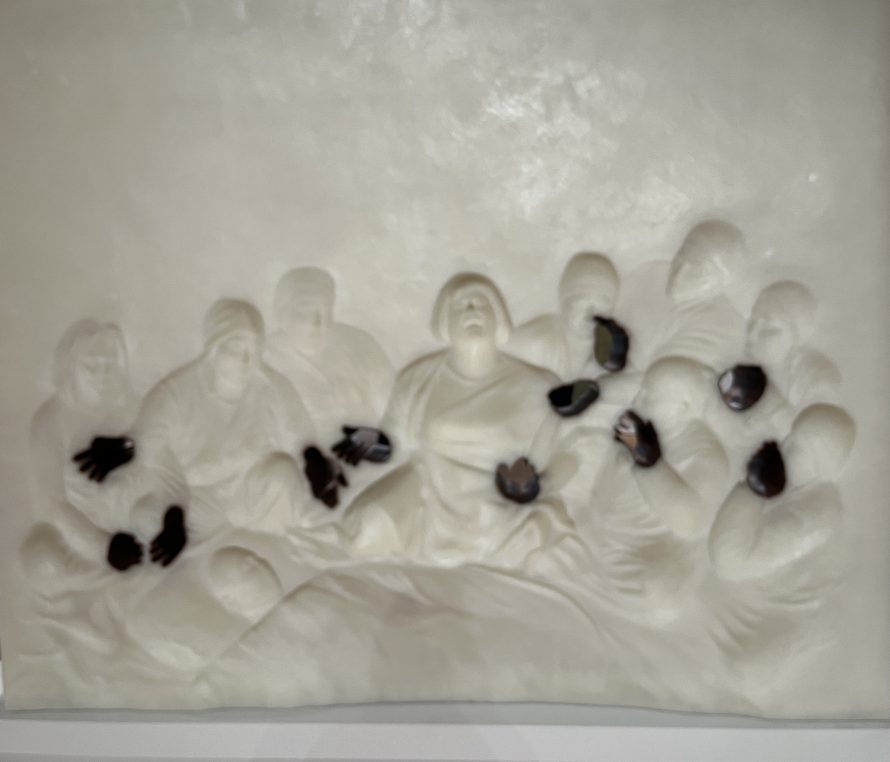 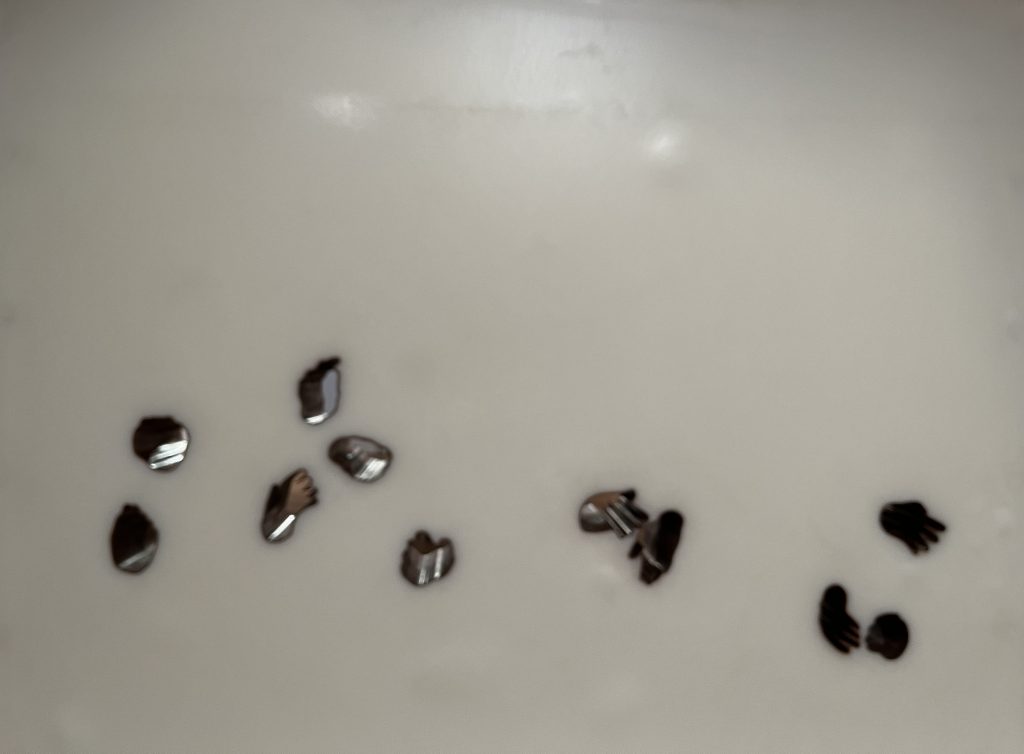 The reverse of the Pietà, becomes an abstract work where the copper holes glitter

A “Face à Face” between the museum of MUDAM and the Saarlandmuseum in Sarrebruck is taking pace at the moment with a confrontaiton of old and contemporary art. It is an interesting initiative between two European countries, Germany and Luxembourg. And English/German artist Tacita Dean occupies the large exhibition galleries with three videos, large collages, photography and drawings. 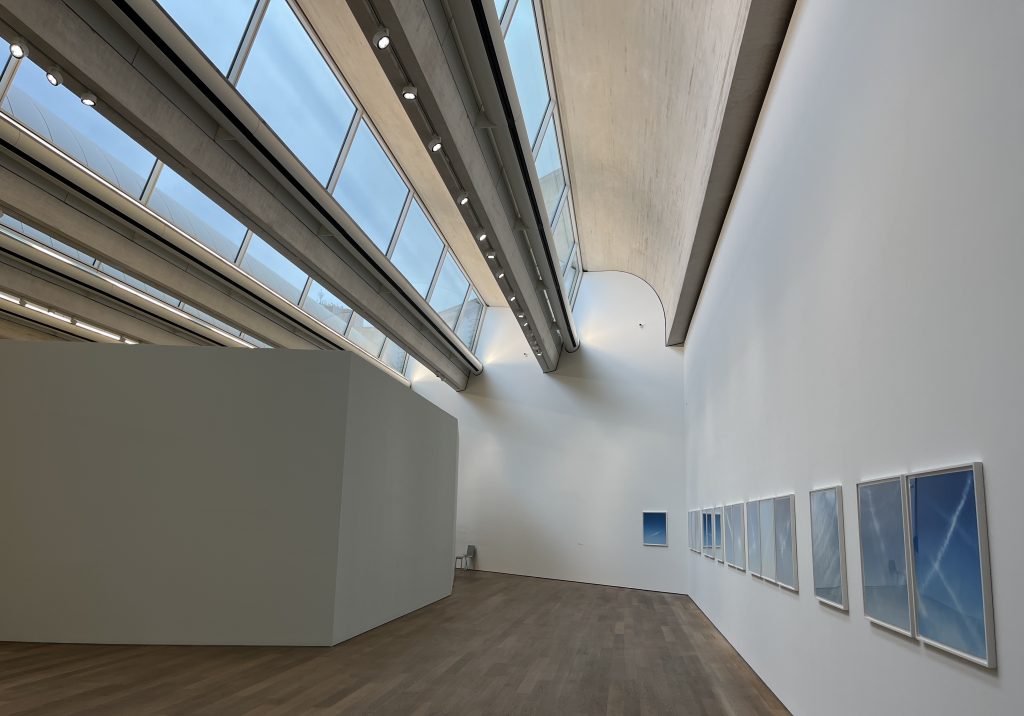 The Tacita Dean exhibition (until February 5) is hanging in a superb room with natural light, videos are shown in the box on the left

The Mudam is a nice place to go to lunch on a winter day. If you are a golfer, the Grand Ducal golf club was founded in 1935 and has a very pretty course.

Christian de Portzamparc is a good reason to attend Andreas Schiff’s concert on December 12 th at the Philarmonia.