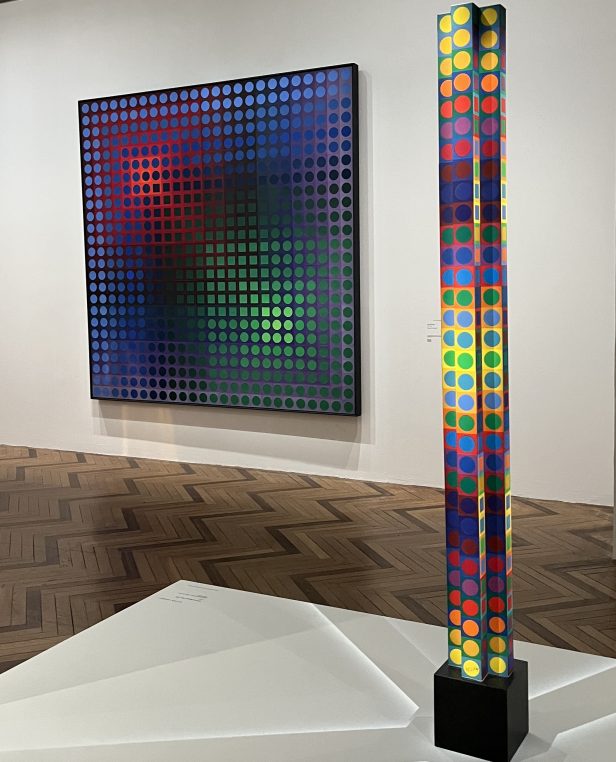 You have until January 22, to discover this wonderful exhibition devoted to 24 foreign artists working in Paris which has gone pretty unnoticed so far. “Paris and nowhere else” 1945-1972, at Musée de l’Immigration, is devoted to post war years when exiled Latin American, Eastern European, American, Japanese and Chinese artists met  in France. It is impeccably curated by Jean Paul Ameline from the Centre Pompidou. Maria Helena Vieira da Silva, Jean Paul Riopelle, Zao Wou Ki, Wilfredo Lam spent months or years in the capital, socialized with each other and eventually became French. They are our pride today. 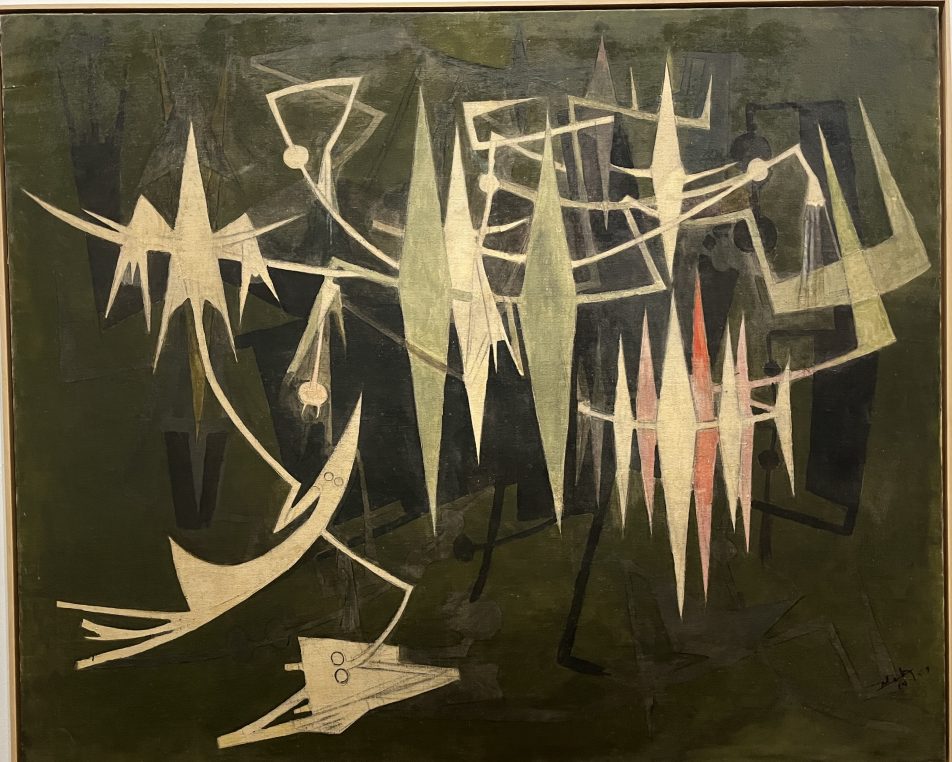 Wilfredo Lam, At the end of the night, 1969, Private collection Paris

We know most of the artists of course because they have  become extraordinarily successful like Joan Mitchell or Victor Vasarely but I discovered a few names. Argentinian sculptress Alicia Penalba, the daughter of a train employee, who was awarded, in 1948, a scholarship by the French government and studied with Zadkine in Paris. She had a studio in Montrouge and died in Paris in 1982 after a successful career. “I broke off all ties so I couldn’t go back anymore, deliberately I left everything behind, I was willing to be reborn in my art” she declared immigrating for good to a new continent. I had never heard of Tetsumi Kudo, (1935-1990) who created happenings in 1962 after meeting Erró and Jean Jacques Lebel. He has a whole room with a birdcage and two installations with cotton. 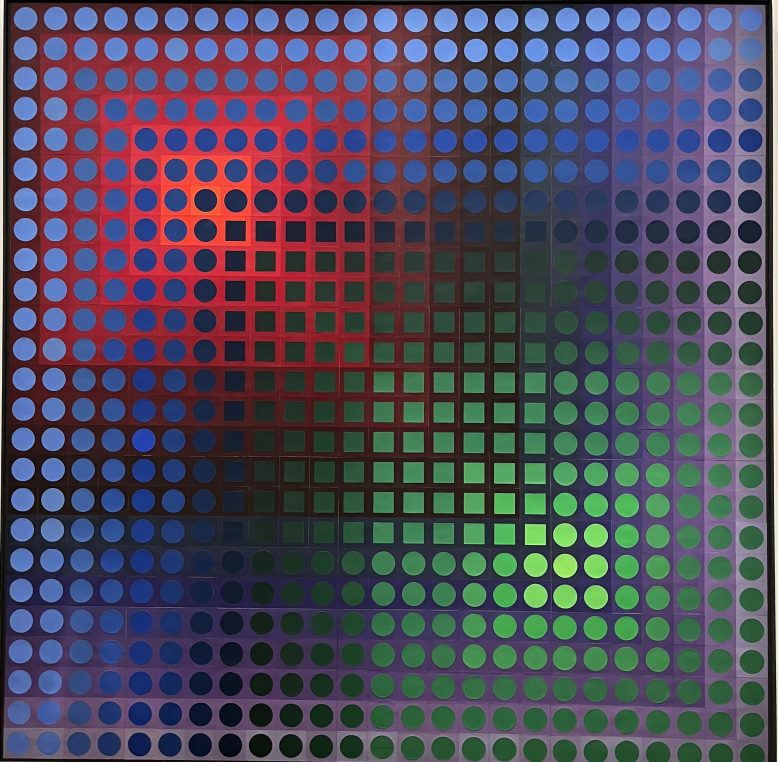 Another Argentinian, Antonio Segui, (1934-2022) lived in the sixties in Arcueil, outside Paris, and stayed in France during the 1976 putsch. But he eventually returned to his country where he died last year. He draws satirical scenes inspired by Daumier’s caricatures and Mexican political illustrations. He becomes one of the fiercest critics of the dictatorship in his country. Dado, the artist born in Montenegro  (1933-2010) is another little remembered painter. 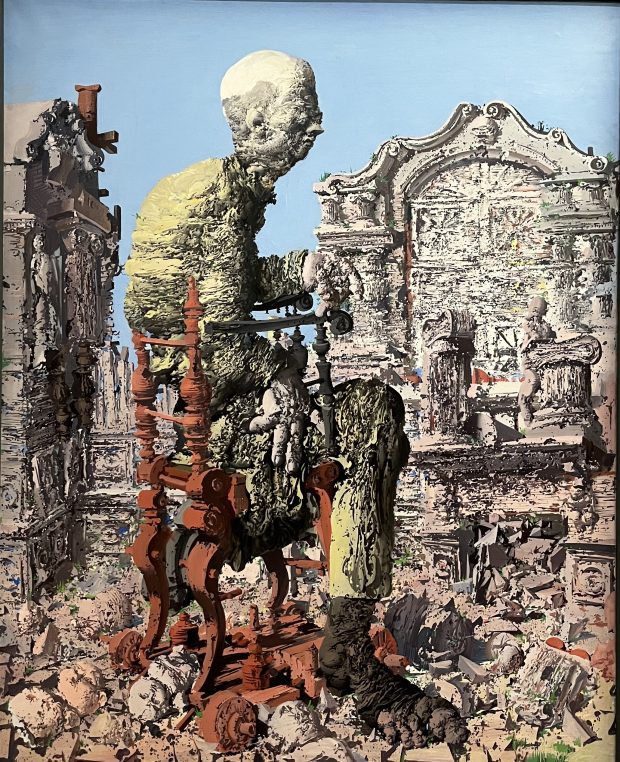 I was happy to see old works by Daniel Spoerri, born in 1930 in Romania and raised in Switzerland and Germany after his Jewish father was deported. He was a dancer and a stage director before becoming an artist and moving to Paris in 1959, then to New York, Düsseldorf and Tuscany. He still lives and works in Paris. 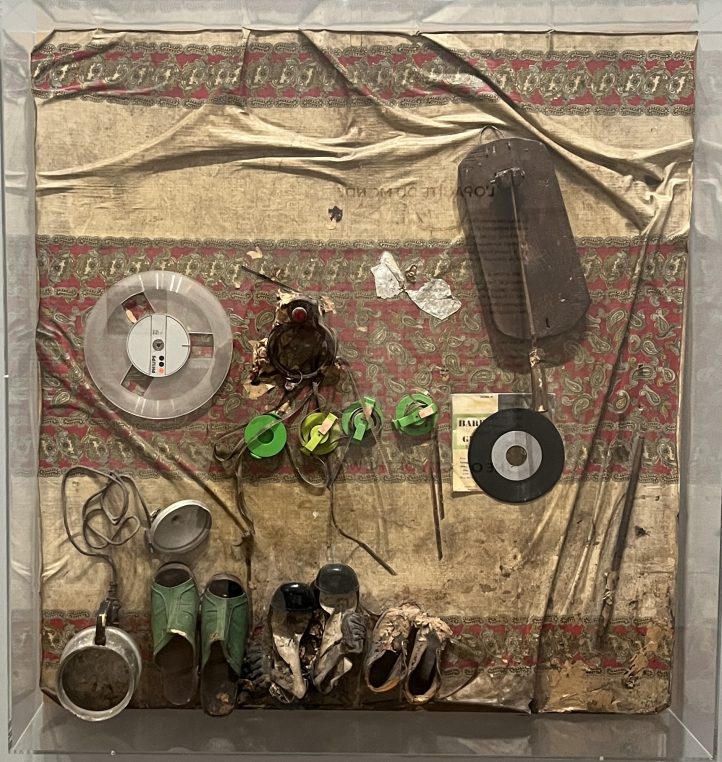 The Italian Milvia Maglione (1934-2010) has enchanted my childhood. She started out as a costume designer for the theatre  and was convinced by Max Ernst to paint. This is when she moved to Paris at the end of the fifties. She realized sculptures and very oniric paintings. I remember her plates full of clouds and dreams. 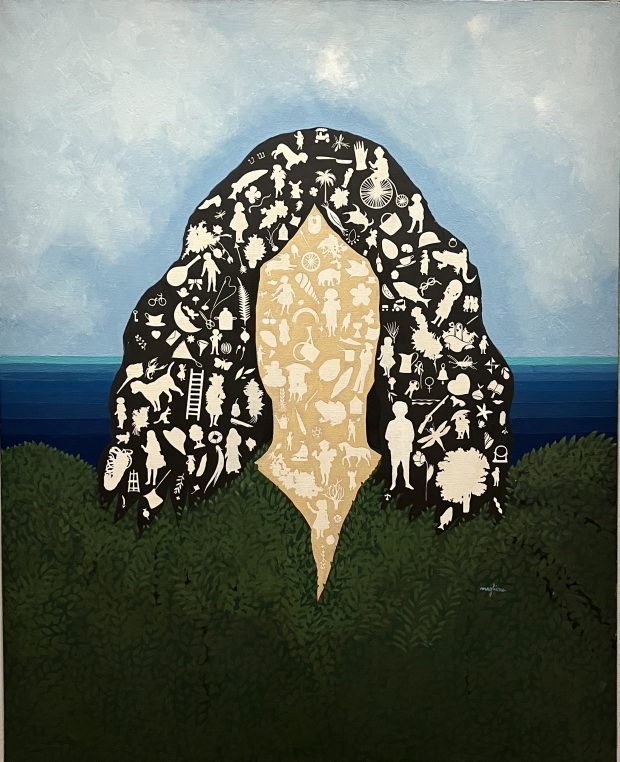 Hungarian painter Victor Vasarely born in 1906 and died in Paris in 1997. As a precursor of kinetic art he became one of the leading artists of the 1980’s. Exhibited by Denise René as early as 1944, he will apply his optical discoveries to architecture, design and fashion. The exhibitions ends with Julio Le Parc, born 1928, another Argentinian who moved to Paris in 1959 and became French in 1980 and Jesús Rafael Soto (1923-2005) a Venezuelan, protected by Vasarely, whose installation you can “penetrate” through aluminum rods. 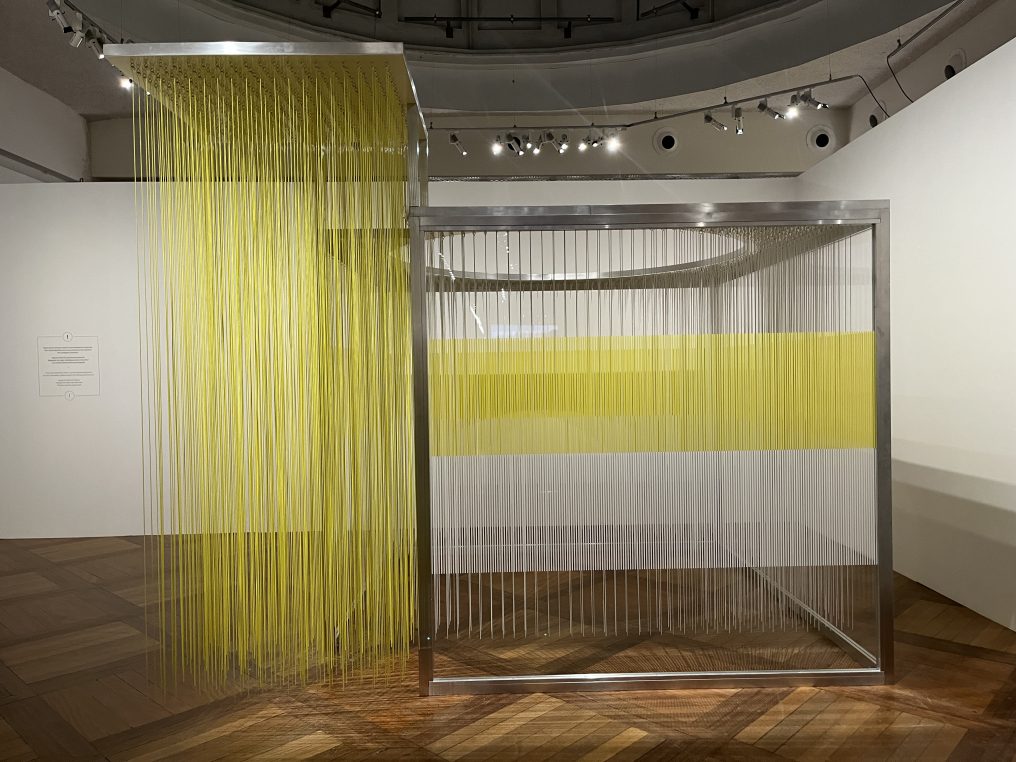 The exhibition is really fun to go through and is extremely well conducted with videos of each artist facing their works. It is moving to see Zao Wou Ki’s hand, painting with ink, or to hear the artists’ voices with their different accents. There are impressive large works,  group photographs in the cafés where they all met, a very moving picture of Zao Wou Ki with his family in Shanghai, when he left for France in 1948. This fresco of foreign painters in the second half of the Twentieth century is perfectly fit for the Museum of Immigration which has been showing in the last few years the importance of letting foreigners immigrate to France. The last show was devoted to Picasso the foreigner!