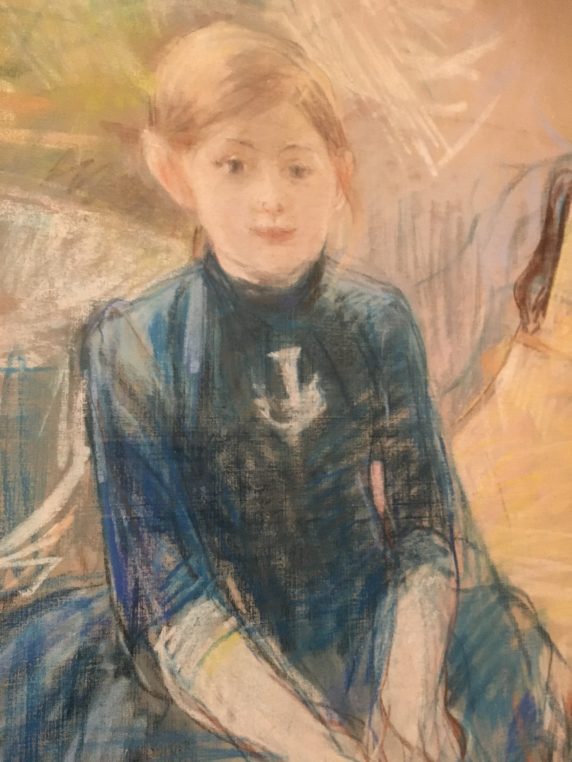 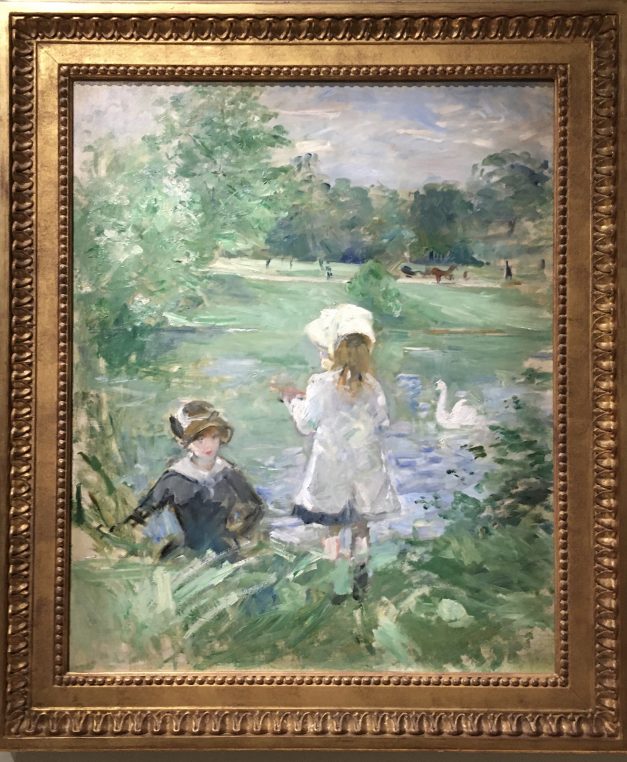 Julie Manet was Berthe Morisot’s daughter, Edouard Manet’s niece, Ernest Rouart’s wife and… Stéphane Mallarmé’s pupil and Auguste Renoir’s favorite child model. An exhibition,”Julie Manet, La Mémoire impressioniste” is devoted to her and her family circle at Musée Marmottan Monet until March 20. It magnificently sums up the career of a discreet and very religious woman, who grew up as the cherished child of the Impressionists and spent her life promoting her mother and her uncle’s works. As Erik Desmazières, director of the museum said at the opening,  “Her marriage was arranged but a happy one”. 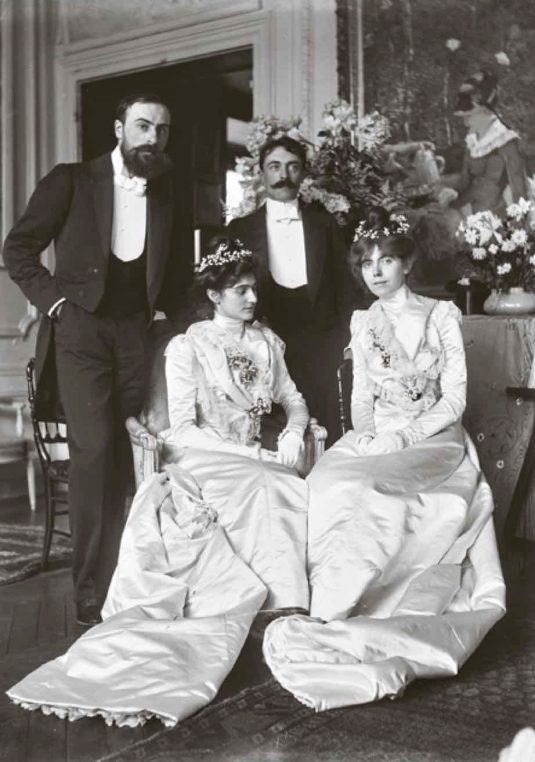 This young woman who started painting with Auguste Renoir and wrote a precious diary (published in 1979), was raised by a mother who had a career and entertained mostly at home. She was therefore directly and daily  introduced to the greatest painters and poets of the time. She became an orphan at 16 and grew up with her cousins, Jeannie and Paule Gobillard, from whom she was very close. So close that she chose to get married in a joint ceremony with Jeannie who married Paul Valéry. The curator of the show, Marianne Mathieu was brilliant at telling the intricate stories of all these artists who often died penniless. Musée Marmottan which opened on June 21, 1934 was directed at the time by Hector le Fuel, one of Julie’s cousins and it is therefore quite naturally that she bequeathed many of her paintings and writings to the museum. 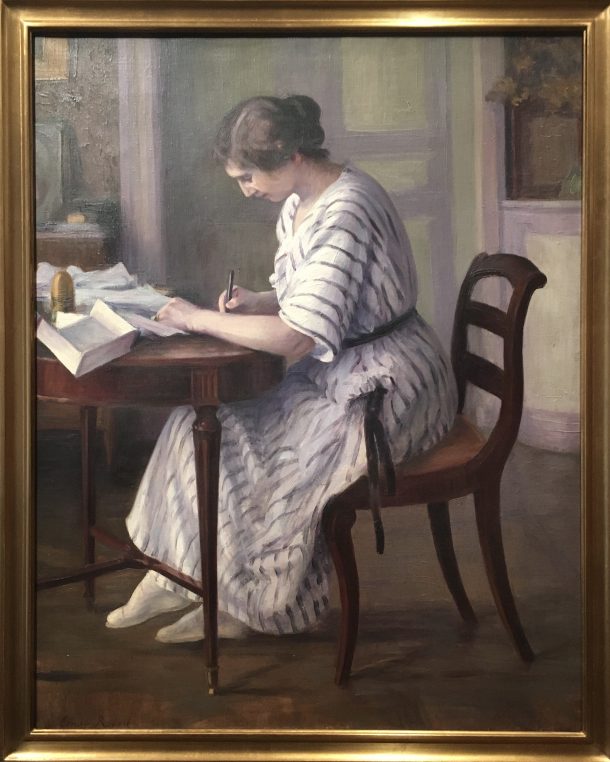 At her father’s death, Stéphane Mallarmé became her tutor and Berthe Morisot painted her daughter with the dog, Laërtes, which he gave her. There are numerous portraits in oil and in pencil of her by Auguste Renoir who took her under his wing and taught her to paint.

Julie’s wedding was organized by Edgar Degas who set her up to meet his pupil Ernest Rouart at the Louvre in front of Mantegna’s “Minerva”  when they both went to copy famous masters. He was also the son of a famous art lover and a whole wall is devoted to some of the paintings from his father’s collection, one of the most important at the time. 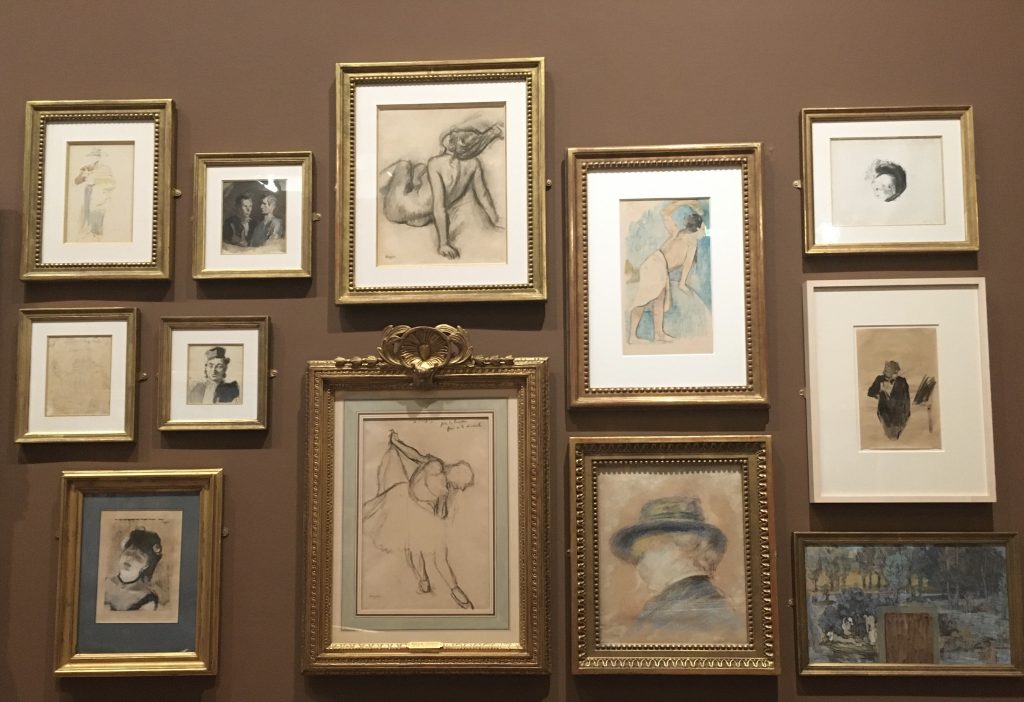 Paintings from Henri Rouart’s collection included Delacroix, Hubert Robert, Corot, some of which were reunited for the exhibition

I particularly liked a work by Maurice Denis’ “Magnificat”, a religious scene staged in Perros Guirec, a village in Brittany, where they all met in the summer. One can still see today Maurice Denis’s villa, Silencio, on the beach of Trestiguel. This work underlines clearly Julie Manet’s religious inklings. But also the great companionship between all these talented people.

There are also a number of her own paintings, a copy of her uncle’s “Lady with the fans”, and  “Piano duo” or the portrait of her first son Julien painting at a very young age. A pretty work by their close friend Edgar Degas of Saint-Valéry-Sur-Somme is a souvenir of their honeymoon there. 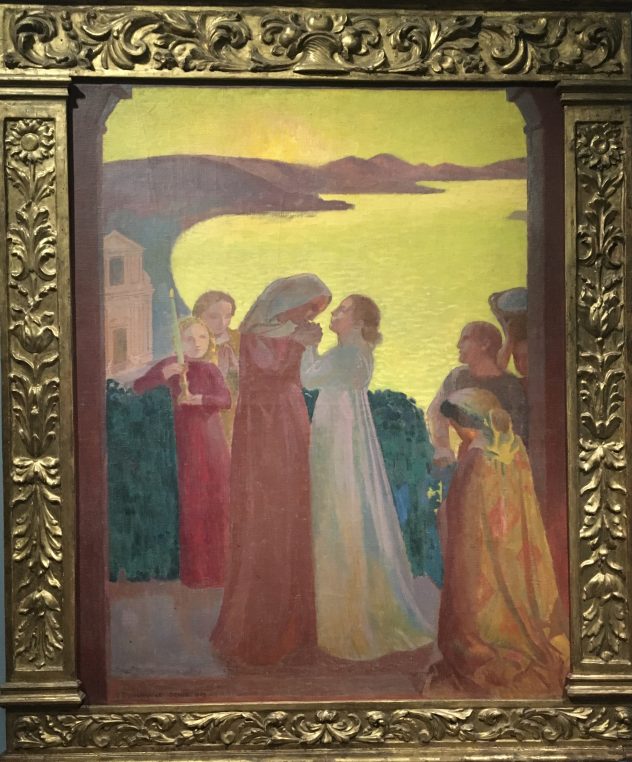 Julie Manet fought all her life to get “Olympia” by Manet into the Louvre and a very moving painting by her cousin Paule Gobillard shows the painting exhibited at l’Orangerie for the first time in 1932.

This historical exhibition is sociologically fascinating and it also puts into the light the hard work of a woman who never gave up promoting her family and the talent of her parents. There are four portraits by Berthe Morisot towards the end of the show which she convinced provincial museums in Montpellier, Lyon and Toulouse and le Petit Palais in Paris to acquire. The exhibition goes on on the first floor of the museum with more of her paintings and of her country house of le Mesnil. 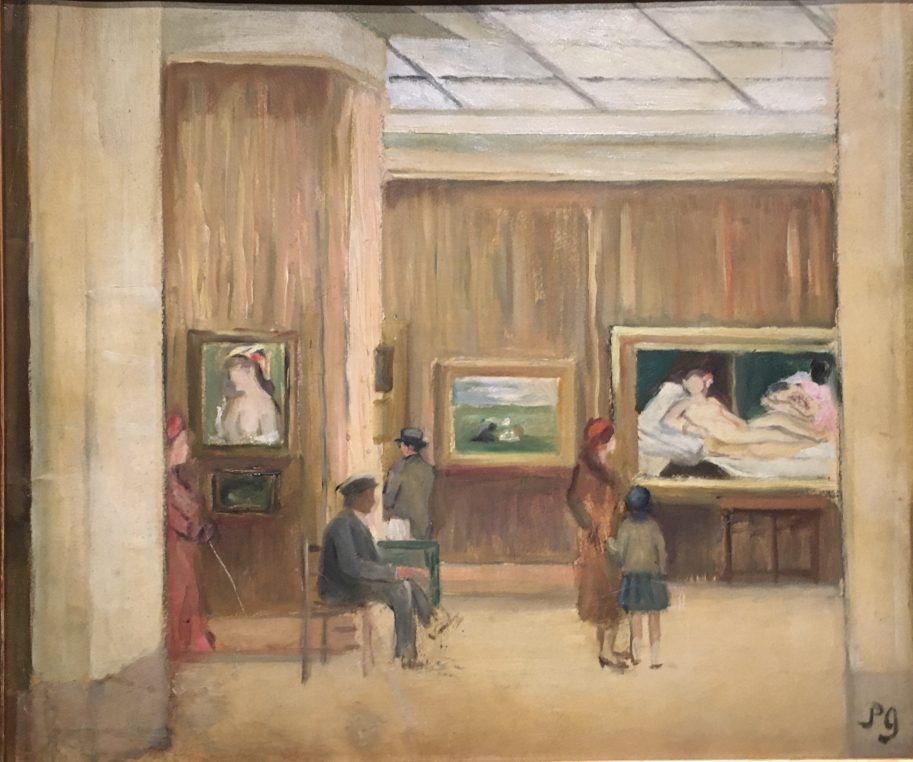 This is a unique show devoted to an artistic family where ties between cousins were stronger than in any other milieu. The Musée Marmottan-Monet, a private house which belongs to the Académie des Beaux Arts,  is particularly well adapted to this theme and the visit is a happy one. The Memoirs of Jeannie Gobillard-Valéry are published for the first time by Editions des Cendres and a catalog published with Editions Hazan is also available.