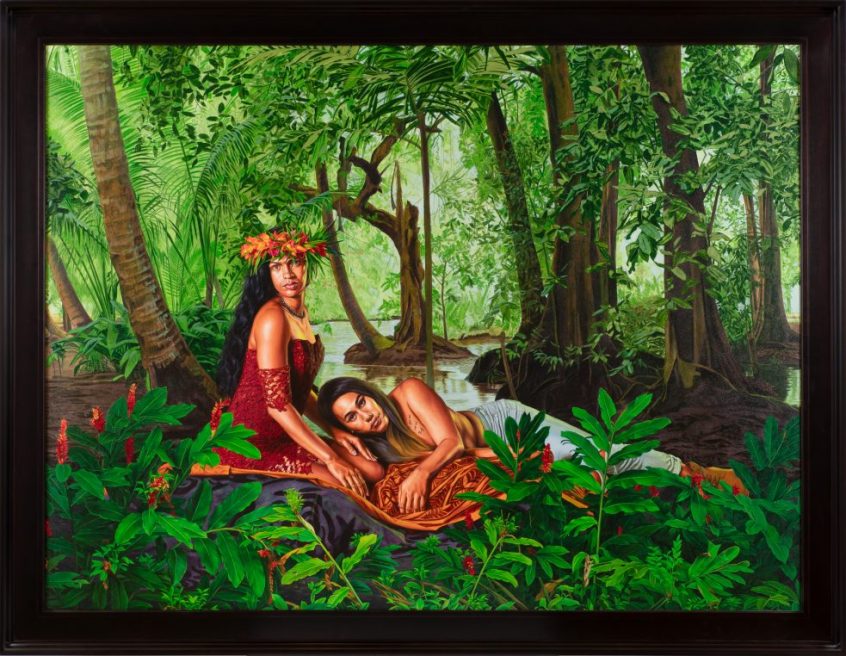 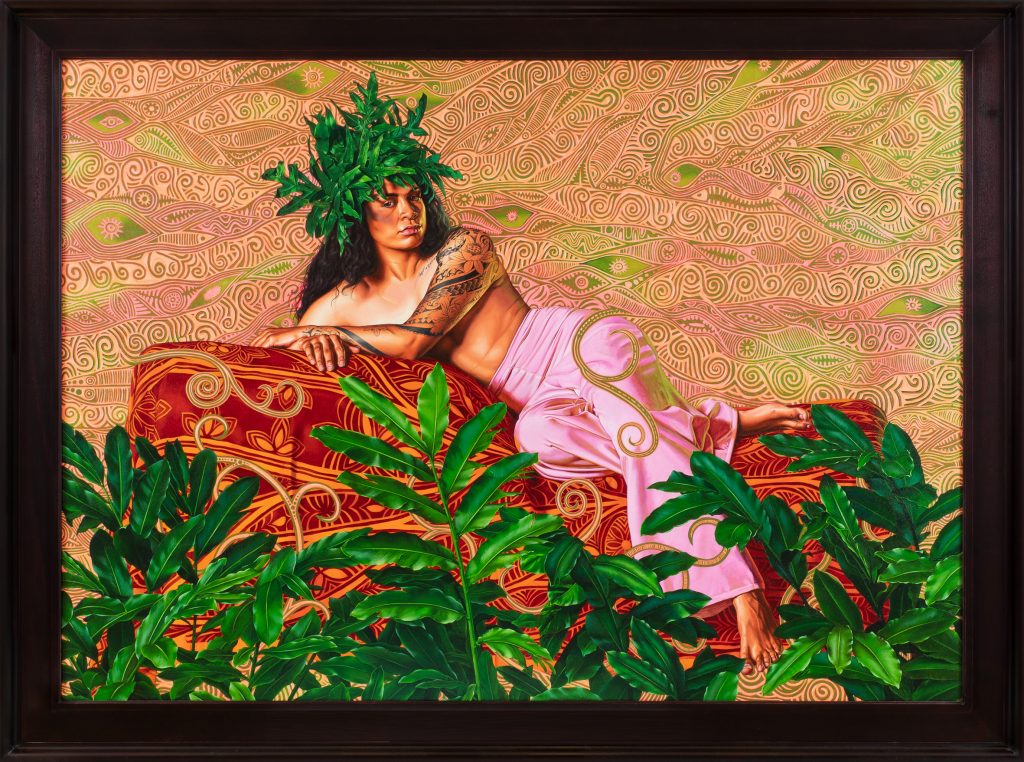 I discovered American painter Kehinde Wiley at the Petit Palais three years ago. He already had many works in American museums and would be, in 2018,  the first African American painter to be asked to do a portrait for the Smithsonian National Portrait Gallery, that of President Barack Obama. Galerie Templon is devoting its splendid spaces of rue du Grenier Saint Lazare to his new series of paintings of Tahiti and its Māhū community. A transgender study. 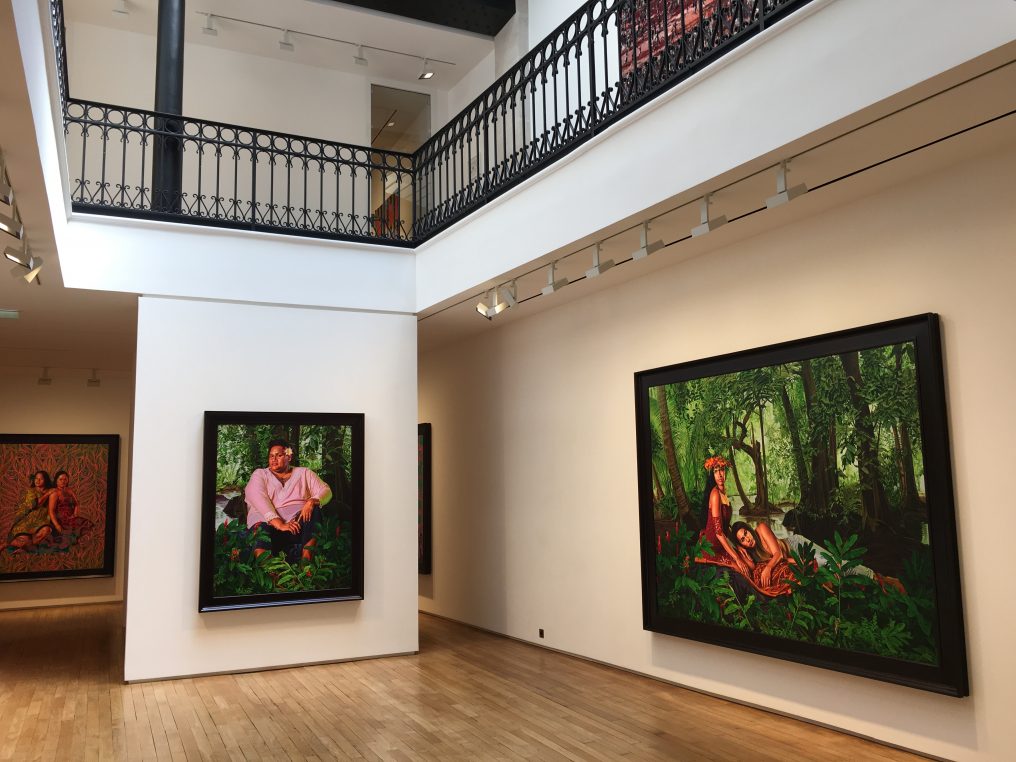 Inspired by Paul Gauguin’s magnificent portraits of Tahitian women and “Papa Moe” painted in 1893, Kehinde Wiley travelled to Tahiti, a French territory in the Pacific, and focused on the Māhū transgender community, whose members refuse to be called man or woman. This traditional Polynesian classification of people of a third gender (Māhū means middle), shows how they were highly respected within their society until they were banned by Catholic and Protestant missionaries in the 1820’s in Hawaï. They were often asked to name children and to assist in religious ceremonies, they taught singing and dancing. 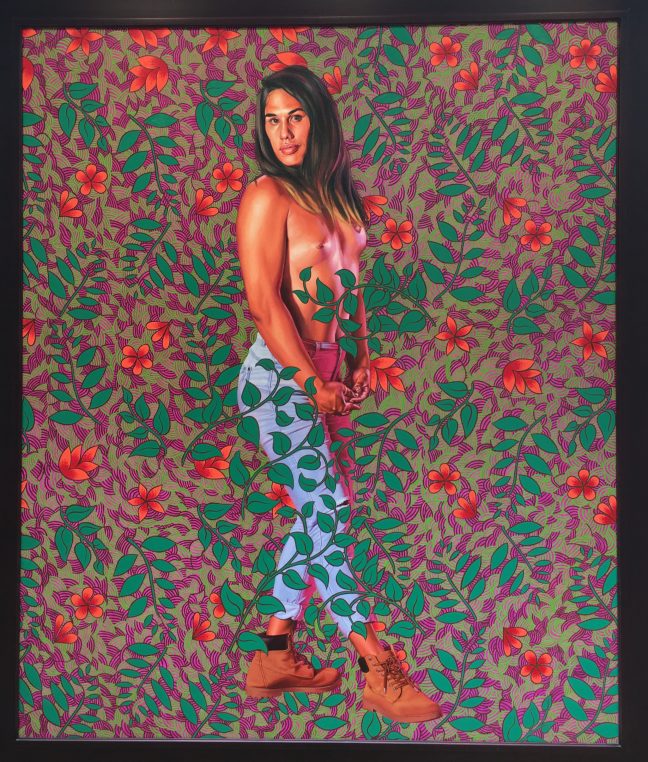 At 42, Wiley has already achieved a body of works through his explorations of Southern Asia, West Africa and North America. He has recently travelled a few times to Tahiti, where he photographed and filmed these men dressed as women who confide in French about their social identity in an  11 mn film shown downstairs in the gallery in a fascinating video.

For the paintings, he uses trees and plants of the jungle, fabrics, and popular images which give a dramatic setting to this unique group of people. Born in L.A. and graduated from Yale University, Kehinde Wiley is inaugurating this year an artist-in-residence program in Dakar, Senegal,  where he lives part of the year. 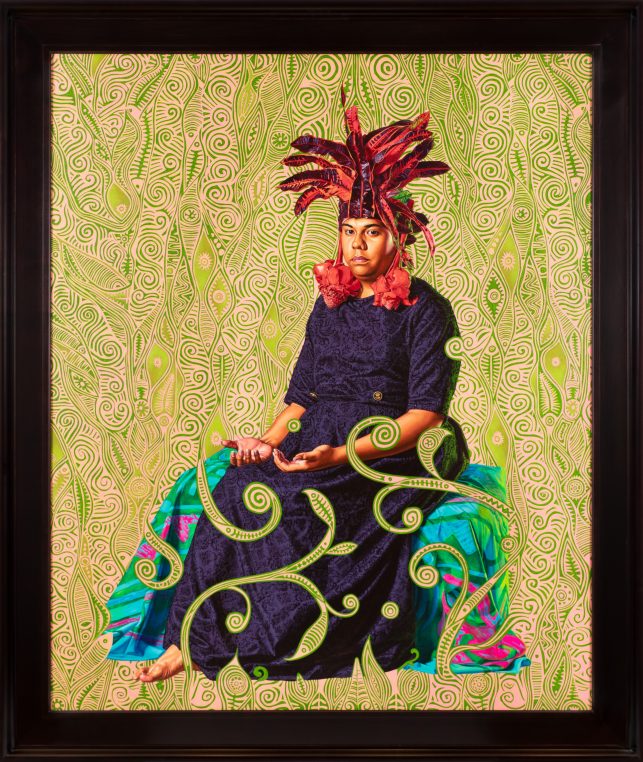 The show is quite spectacular and Wiley’s distinctive style can either irritate or seduce. I let you decide… but I was very struck.