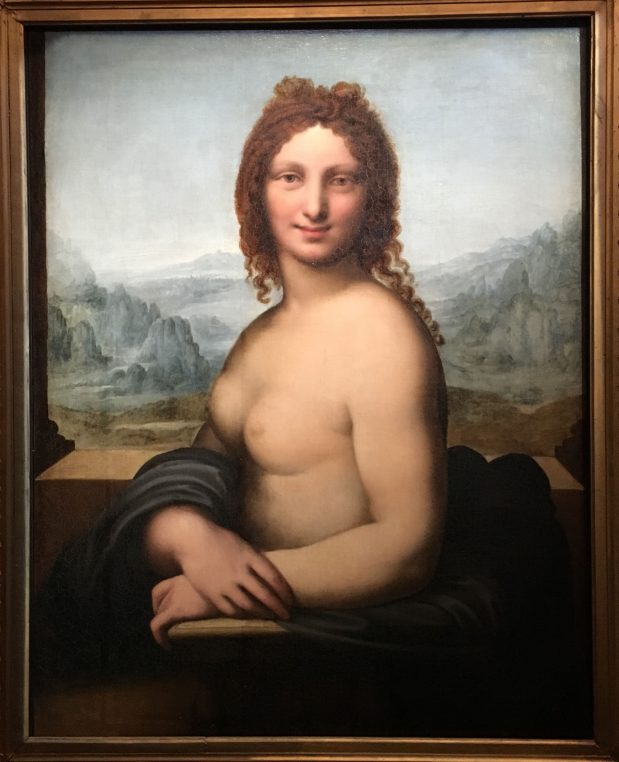 Don’t get irritated by the title “La Joconde Nue”, given to the new and superb exhibition at the Jeu de Paume of Château de Chantilly, and run to see these multiple images of Mona Lisa, whose body is definitely masculine with artificial breasts and an enigmatic face. Leonardo da Vinci was in love with his (male) assistant and the large drawing bought by duc d’Aumale in 1862, bidding against the Louvre and the British Museum who could not afford it, is fascinating in its bisexual tone. The show is as much a course in art history as it is an image of Leonardo’s love life and rare paintings have travelled from Russia, the US, Prague, Geneva and Italy to enchant our visit.

The three young curators who have nurtured the research around this mysterious drawing are Mathieu Deldicque from Chantilly, Vincent Dieulevin from the Louvre and Guillaume Kazerouni from Rennes. Their youth and knowledge was very exciting to witness at the opening in 35° heat, when Prince Amyn Aga Khan joked: “we should have hired a young guide in a bikini to tour us around this show of the naked Monna Lisa”. To which Minister Eric Woerth added: “since she is naked I decided not to wear a tie”.

Inspired by one of the treasures of Musée Condé, Piero di Cosimo’s “Simonetta“, painted in 1480, after Julien de Medici’s lover’s death, Deldicque had the idea of uncovering the mystery around this very large carton (drawing which served as model for other paintings). To celebrate Leonardo’s 500 th death anniversary, he decided to research the universal beauty of Florence in 1500 and tried to understand why later,  François Clouet and many other French painters, were inspired by this drawing. The naked half figure became a favorite theme for a hundred years and there are enough exceptional works here to show the importance of the drawing which was copied numerous times.

The work which was minutiously studied at the laboratory C2RMF, research center of French museums, is probably dated from around 1515, twelve years after the Joconde was painted. The number of similarities between the two works is striking and it is known that a left handed artist worked at it (Leonardo was left handed). A major painting, “Naked woman, Venus?” lent by the Hermitage in St Petersburg, is the exact replica of our drawing with similar muscled arms and awkward breasts. Duc d’Aumale knew the painting and probably bought the drawing because of it,  and this is the first time that both works are facing each other in the same room. 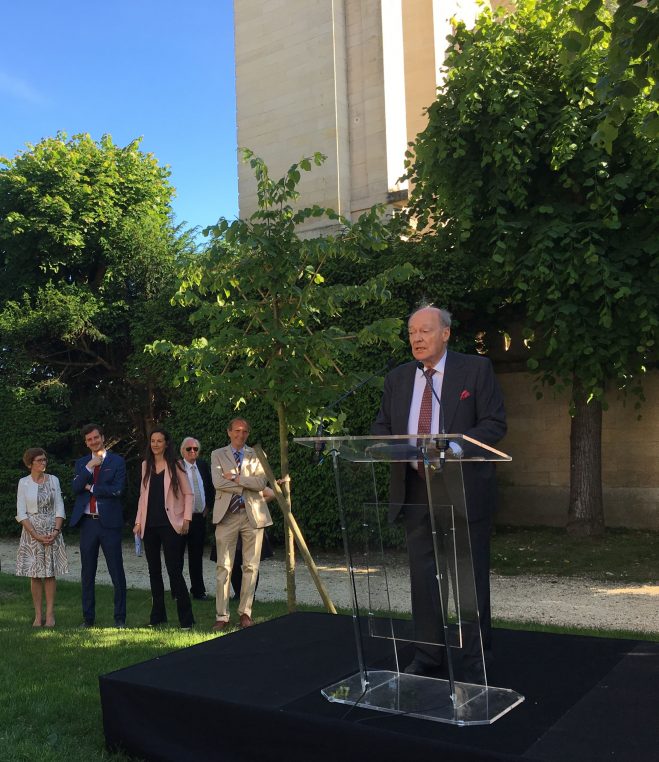 The scenography made by Nathalie Crinière is very efficient and a short film describes the extent of the research on the drawing with multiple analysis of the “repentirs” and the “repeints”. I particularly liked to see the followers including the famous Gabrielle d’Estrées flirting with her sister’s breasts in the bath tub, lent by the Louvre, and the two paintings of “The Lady between two ages”, her old courtier and her young lover, a common theme of  Commedia dell’arte. 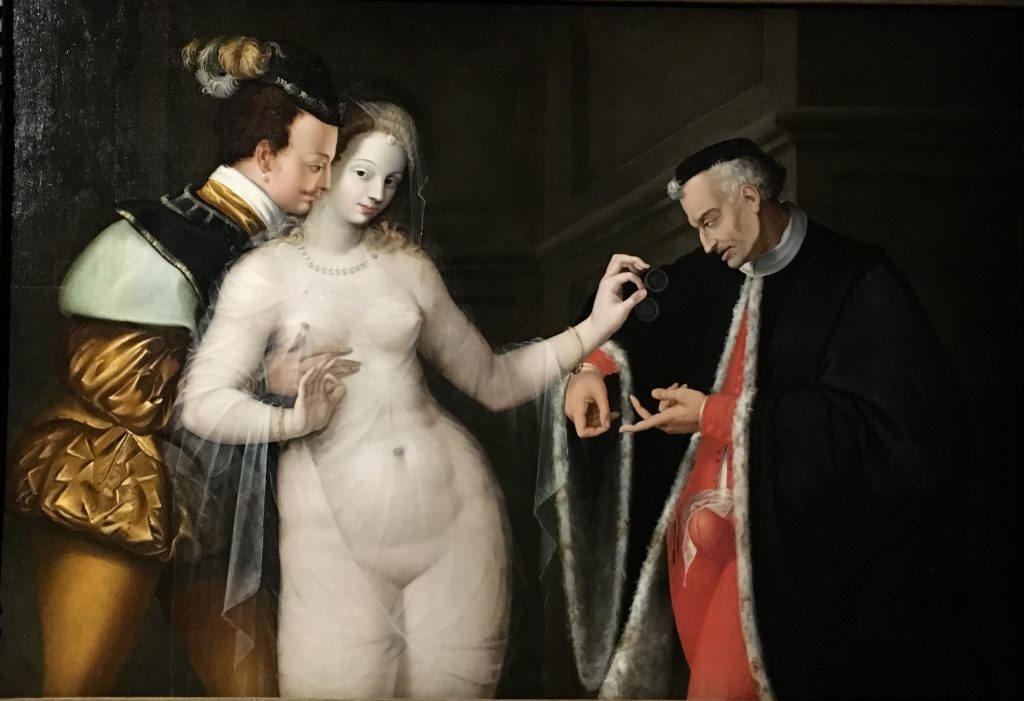 This ode to women’s body is prolonged in the drawing gallery of the castle, where some of the 366 Clouet drawings dedicated to women are exhibited. After Rembrandt and Lami, the drawing collections of Duc d’Aumale are little by little being unveiled in the new cabinets.

And since Chantilly also has one of the largest libraries in Europe, a group of fifty precious books dedicated to Louise Labé, Perrette du Guillet and Christine de Pizan have been selected by the new curator Marie Pierre Dion. A very feminist selection!

Until October 6, Château de Chantilly is accessible by train in 20 mins from Gare du Nord.