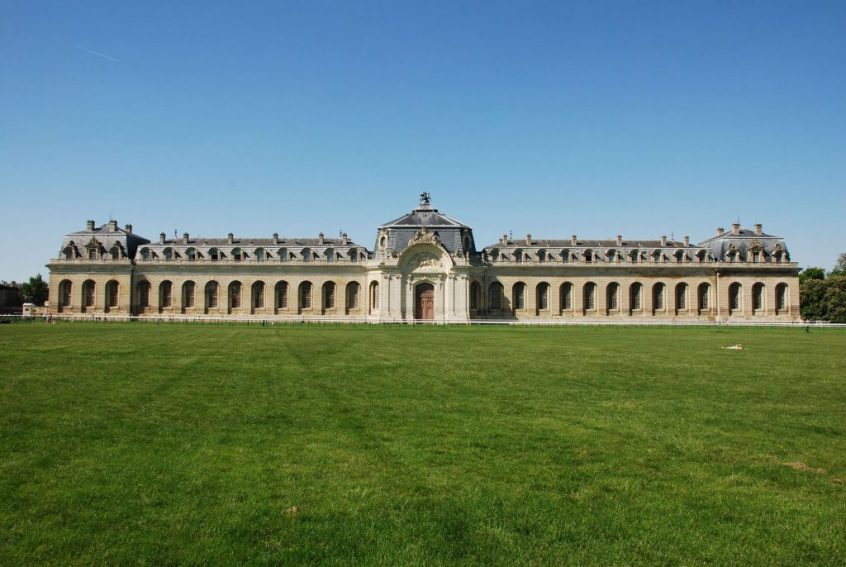 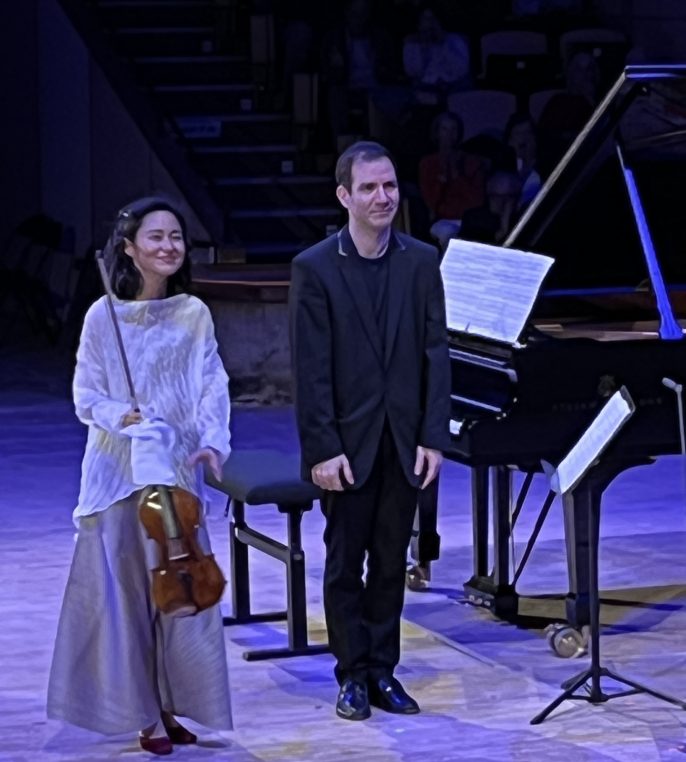 In Chantilly, the Martha Argerich “Coups de Coeur” last week end turned out to be a moment of discoveries around the famous pianist who had celebrated her 80 th birthday there last year, surrounded by friends and family in Les Grandes Ecuries. The music festival created by Serge Sobczynski and Iddo Bar Shai, took place under the patronage of Prince Amyn Aga Khan, and there were concerts in the gallery of paintings at 11 am every morning, with larger performances in the evening. The program included cellist Russian born Mischa Maisky and pianist Akiko Ebi, Tedi Papavrami, Momo Kodama and Stephen Kovacevich who gave Piano master classes on Sunday. 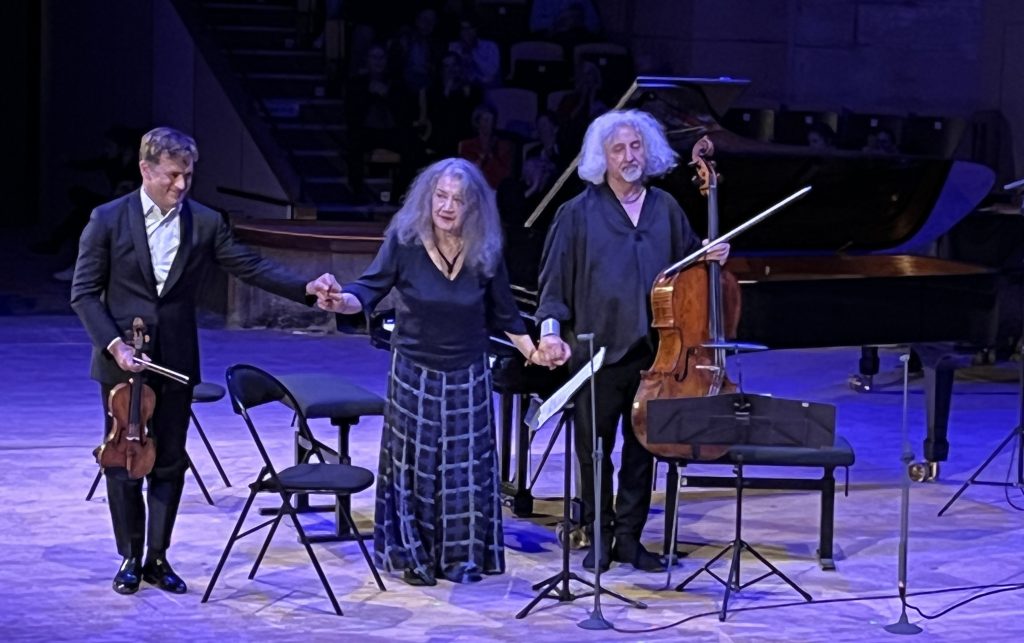 The divine surprise came  from Sayaka Shoji, the delightful Japanese violinist, who was raised in Siena and now  lives in Chantilly. She was therefore available to replace at the last minute, Renaud Capuçon, who was stuck in traffic. The three romances by Robert Schumann which she played with Iddo Bar-Shai, the artsitic director, were absolutely wonderful and brought youth to the group of musicians. 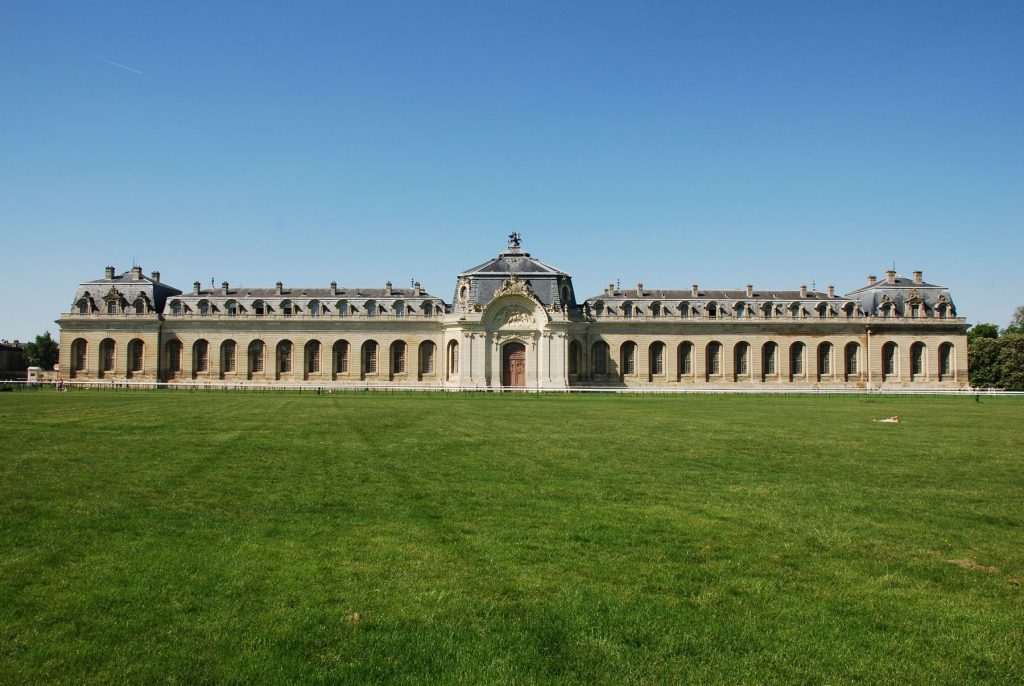 The Grand Stables built in Chantilly by the 7 th Prince de Condé in the XVIII th century and designed by architect Jean Aubert used to house 227 horses and 189 dogs for hunting. In the XIX th century, the new passion for races turned the city into the European capital for racehorses. There are over 2 000 full blood horses who train daily on the tracks and the famous Prix du Jockey Club and Prix de Diane are a great magnet for champions from all over the world. Prince Karim Aga Khan, whose horses won many times, was instrumental in restoring the stables with Yves Bienaimé (they are both 86) and now a group of hunters, race lovers, and dressage or steeple chase amateurs have united to help the Musée du Cheval which is undergoing modernisation. Pascal Ravery is the dynamic rider behind the Société des Amis des Grandes Ecuries de Chantilly. 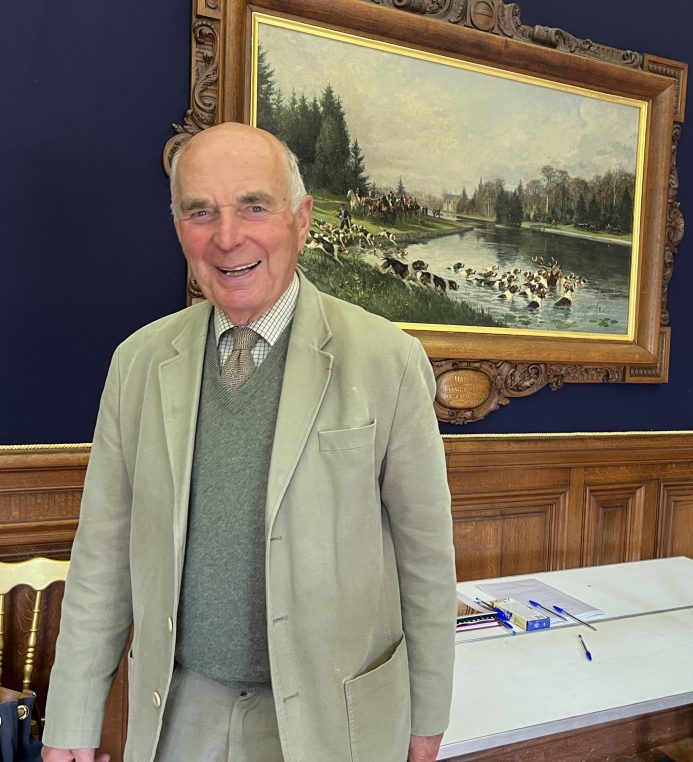 Yves Bienaimé, a great horseman, was the first one to save Les Grandes Ecuries with the museum in 1982

The Museum of horses includes a fabulous indoor ring decorated with sculptures of deers, which served as a concert hall for Martha Argerich, but more regularly offers equestrian shows run with eight écuyères, by Sophie Bienaimé who succeeded her father Yves. He had been doing dressage shows until last June and opened the first Museum of horses in 1982, thus saving the Grandes Ecuries. I personally learned to ride there in the grand riding ring as did many generations of riders such as Laurent Fabius, president of Conseil Constitutionnel, who used to go there with Olivier de Rohan on the week ends when they were teenagers. The area is mostly famous for its deer hunts and of course Duc d’Aumale, who created the collections of chateau de Chantilly, enjoyed hunting as much as the Princes de Condé. 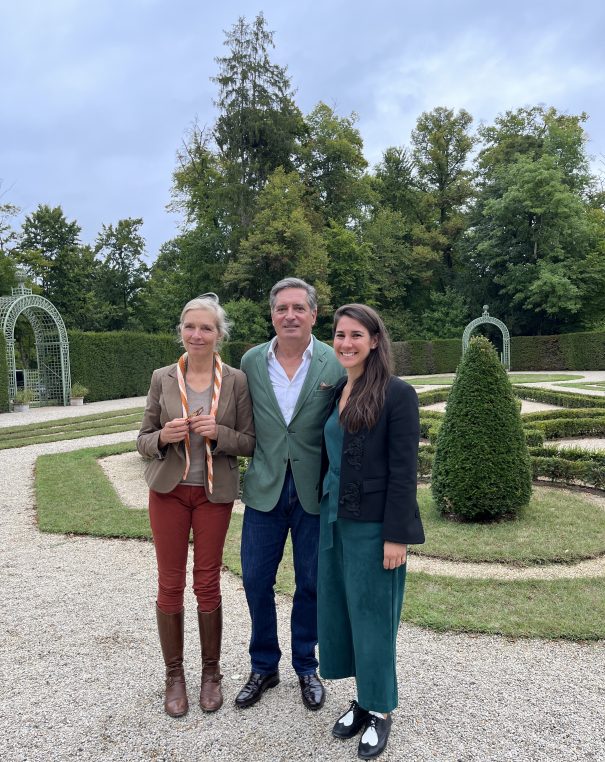 Pascal Ravery, the President of the new association  with Sophie Bienaimé and Marie Mouterde at la Maison de Sylvie for eh presentation of the new Association

As it happens Prince Karim Aga Khan gave many pieces from his collections to the museum of horses because he believes that men have represented the horse equally well in China, and in both the Muslim world and the Christian world. His daughter Princesse Zara is also a supporter of the project: the museum has a vocation of restoring Chantilly as the world capital for horses.

You can join the new Société des Amis des Grandes Ecuries on their website.

2 Comments on “Les Grandes Ecuries, a new festival and a new association in Chantilly!”