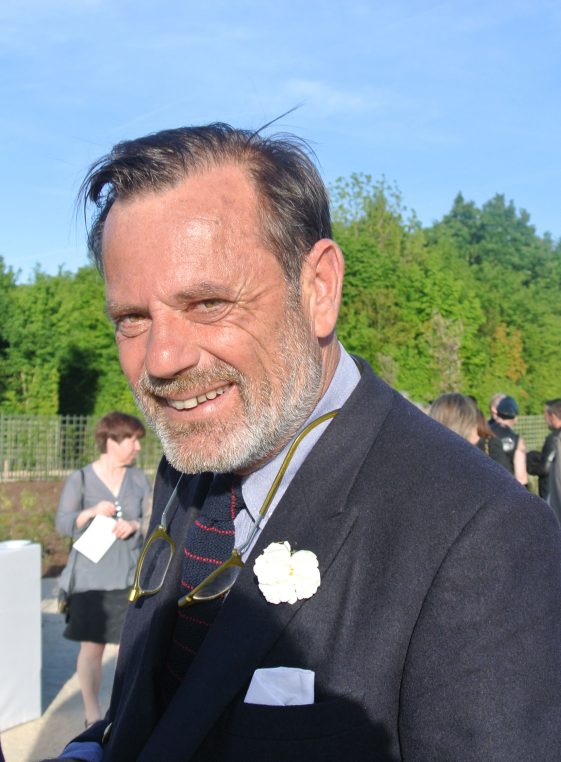 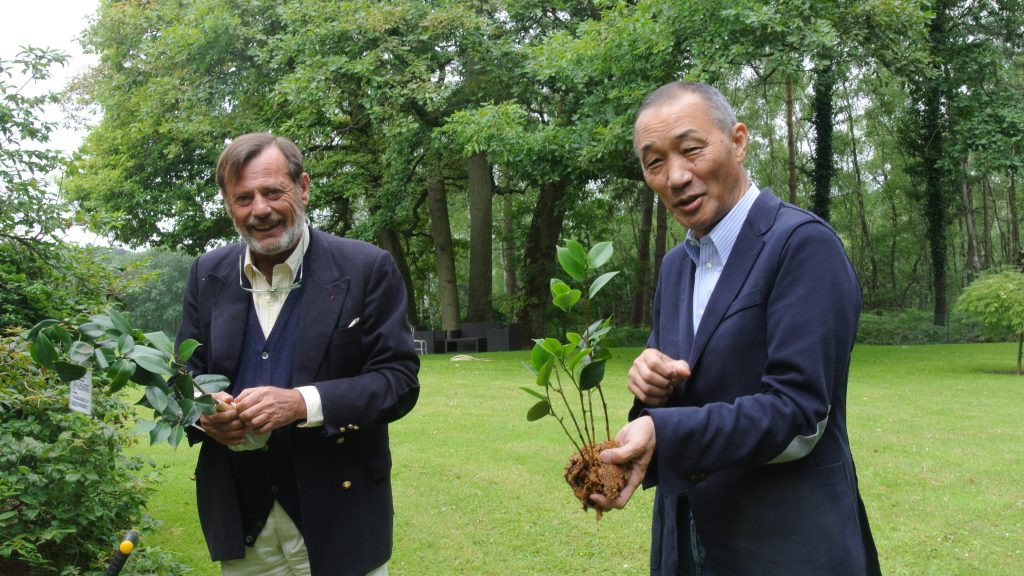 I have been meeting gardener Louis Benech at the butcher recently, since we live at equidistance of the shop and he was so busy with new projects and a new book, that I thought it would be fun to catch up on his career. There is not a country in the western world where he has not had an interesting design. After completing a Masters in law in Paris, he started his gardening life in Great Britain at Hillier nursery and in Normandy near Lisieux, with Loel Guinness, his first job as a private gardener. The first major project was the remodeling, in 1990, of the Tuileries gardens with the late Pascal Cribier, when he slept in a hut on the premises so he could wander around at night and visualise his perspectives without any tourists.

What is most striking with Louis Benech is his profound historical culture, his respect for the preexisting grounds and his incredible generosity. These three qualities come, of course, with obvious in depth knowledge of every plant and most excellent nurseries. When he spots a rose in your garden, he knows its name, its origins and who sold it to you. A living encyclopedia. But his passion is the plant itself, choosing the best spot for it with the moonlight, the sun, the wind and the shape of the grounds.  And when he came to lunch, some years ago, with Japanese gardener Kiichi Tanaka and they both started planting the camellias that had just arrived from Tokyo, one could see two kids having fun with their toys… It was delightful.

On May 11th, 2015,  Louis Benech was inaugurating with sculptor Jean Michel Othoniel, the Bosquet du Théâtre d’Eau in Versailles, a beautiful project with golden glass fountains. The plantations were tiny then and it was difficult to identify with the project. Now the wild grass has grown and compete in height and color with the  water fountains. It is worth going to Versailles just to see them. 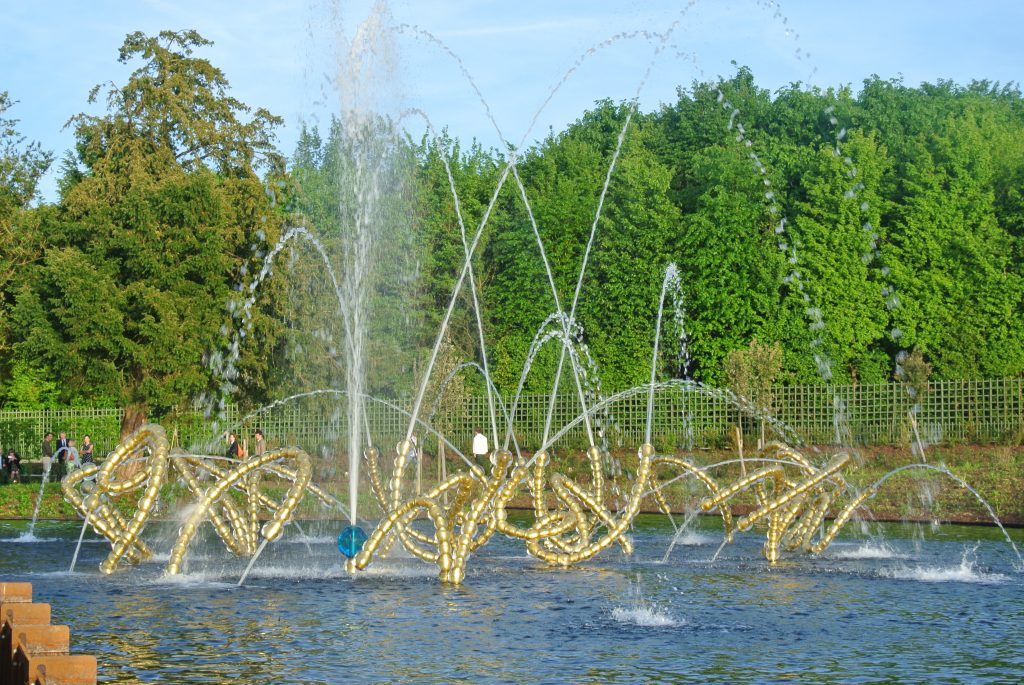 Louis Benech has worked on many institutional projects at the Elysées palace or at the Quai d’Orsay, in many private houses and historical castles, he has designed gardens in Portugal, Panama, the United States and in Korea, and yet he has kept his unique enthusiasm and freshness. But his “protecting fairies” have definitely been Guy and Marie Hélène de Rothschild and François and Maryvonne Pinault. Through them and the excellent work he did in their multiples houses, he met his future clients. When you cross his path at the Journées des plantes de Chantilly (formerly Courson), you see how excited he gets at discovering a new plant and exchanging ideas with the numerous Belgian and British growers.

The large variety of his designs is typical of his multifaceted talent. He can draw a very formal French garden with boxwood in the centre of Paris and introduce a few fruit trees for the pleasure of the owners, or in reverse integrate wild-life in Villandry. He likes to discuss with his clients (who are very often friends or become such) and create sensuous gardens where children will be running and picking. He likes the idea of planting a palm tree in Paris. “There are as many approaches as there are gardens, I am a chameleon and I adapt” he said on French television. What is important in a historical park, is to keep the cultural approach. Like in the rose garden of Pavlovsk in St Petersburg, where he worked between 1992 and 1995. Or at Victor Hugo’s Guernesey house, Hauteville, which he completed last year: he read Victor Hugo all over again to achieve the plantations.

In Villandry, which is famous for its very formal vegetable garden, he created a wild garden with Verbena bonariensis,
Perovskia atripicifolia, Leucanthemum ‘Wirral Supreme’, © Eric Sander

He has now done over 300 projects in Chaumont sur Loire and in Egypt, in Saint Tropez and in Greece, in New Zealand and in Brazil. At this time, when flowers and trees mean so much for us in confinement, I thought that travelling around with Louis Benech would soothe your daily life. And you will soon be able to read his new book “Louis Benech, douze jardins ailleurs” or the English version  “Louis Benech, Twelve gardens around the world” with texts by Eric Jansen, Editions Gourcuff Gradenigo. 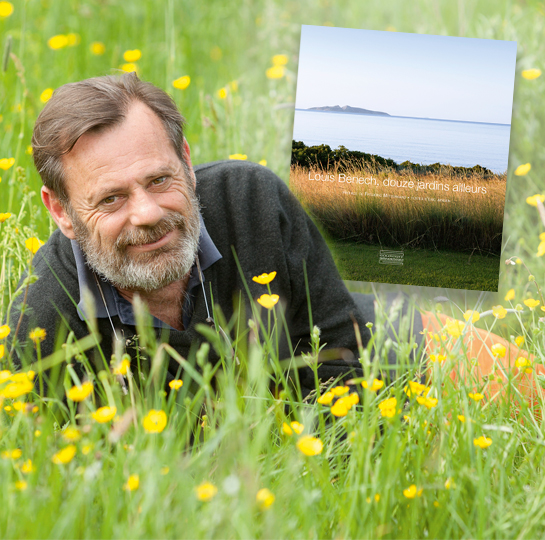 There, the mixture is again interesting with Diane von Fürstenberg’s roof garden in the Meat district in New York and the small St Anthony church garden in New Orleans restored after the hurricane.  Louis is a versatile and generous gardener.