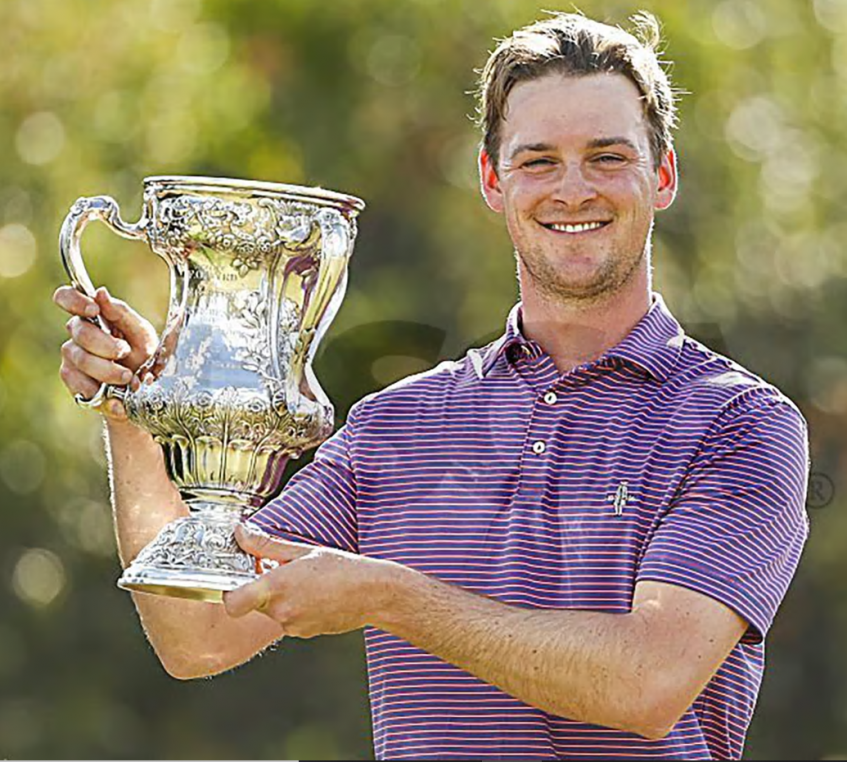 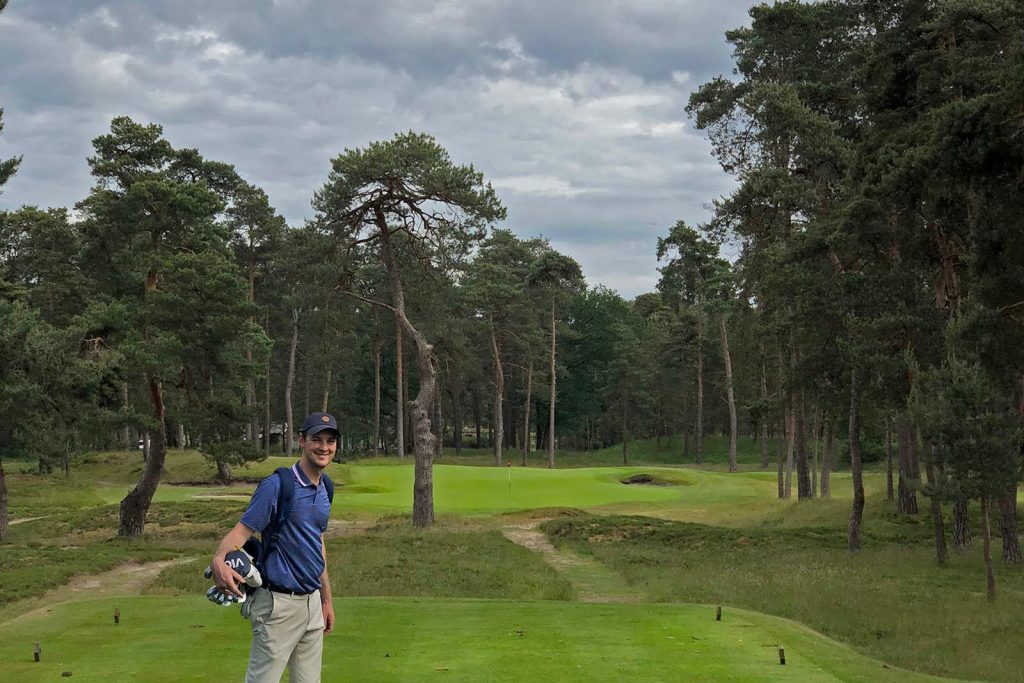 When I first met Lukas Michel at Morfontaine in 2018, I was impressed by his unpretentious attitude and excellent golf, his politeness and a sort of shyness mixed with a strong determination. After graduating from Engineering school in Melbourne, he had spent some time studying at St Andrews. This is where he was coming from, on his way from Melbourne where he lives, to the US where he was playing a number of amateur tournaments. Last September he was the first non US National to win the Mid amateur for players over 25. As a result, he is qualified to play the US Open at Winged Foot and the Masters, which have both been postponed. 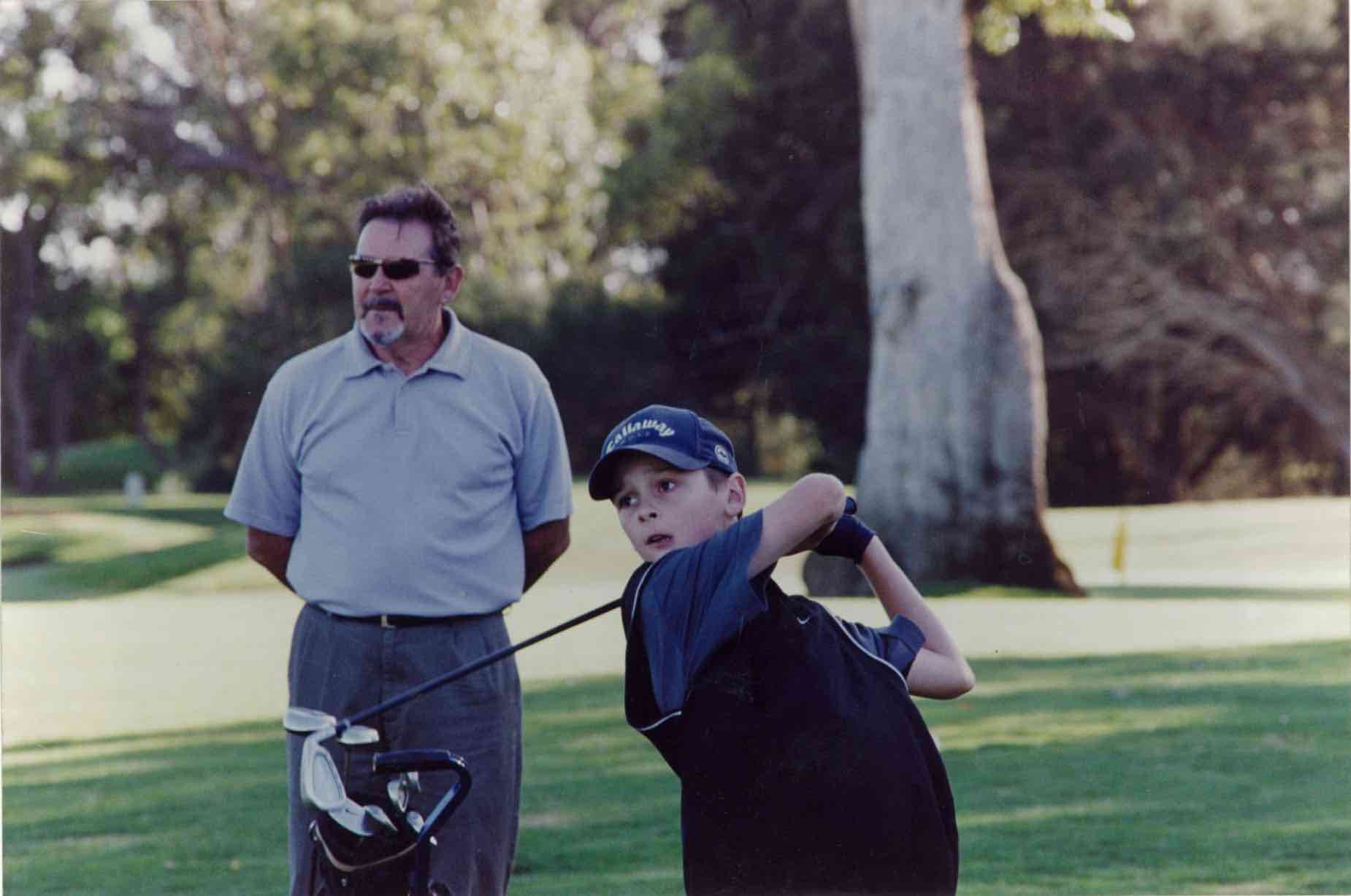 Lukas as a boy with his father

I did not know at the time his life story. I just learned about it thanks to an article from the Australian Golf Digest sent by his “golf angel” Alasdair MacGillivray, a member of the Metropolitan club in Melbourne like him, who introduced us in the first place. Lukas was born in Western Australia where his father, Ivos Velikovsky, had found a home and a new name after fleeing Czechoslovakia in 1968. Aged 21, he jumped over (the Iron curtain) a fence on the border, abandoning behind his family and his suitcase. Rescued by the Austrian military, he was sent to England first and later “adopted” by Australia, which was favoring immigration at the time. Ivos changed his name to Michel, worked in a uranium mine, then in construction, on a high-scraper where he almost lost his life.

At 25, Lucas Michel is the first foreign player to win the US Mid Amateur championship at the Colorado Golf Club

He and his wife Cheryl Amistead had a son who expressed very early his love of golf, a sport to which a neighbor had introduced him. For his 8 th birthday he was given 100$ and bought a set of clubs. Throughout childhood, he studied very hard in order to please his parents who spent all their money on his education and graduated as an engineer. This led to a passion for golf design and with his friend Golf Pro Mike Clayton, he has developed a special interest in studying golf architecture. 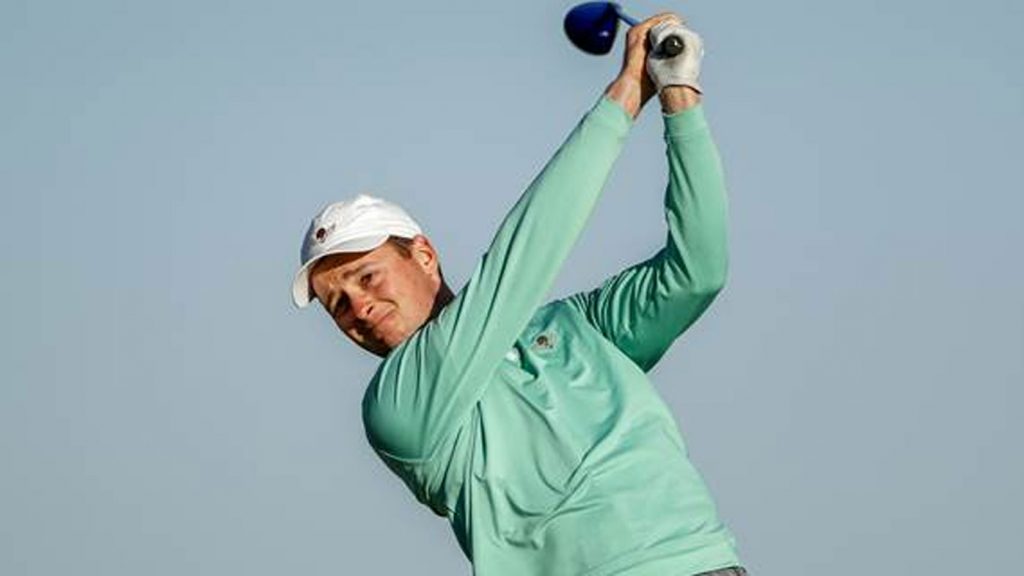 Last week he should have been competing in the Masters, at Augusta, with the greatest pros of the world. He now will have to wait until November. But he played there twice already, last November and a month ago, and has progressed since. We wish him great luck for his future as a pro and please Lukas, remain as modest as you are!