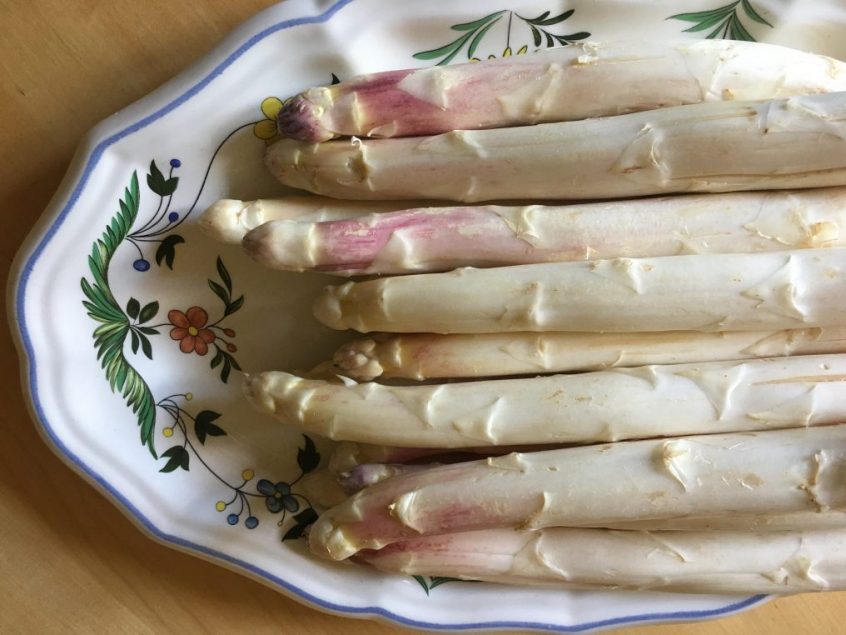 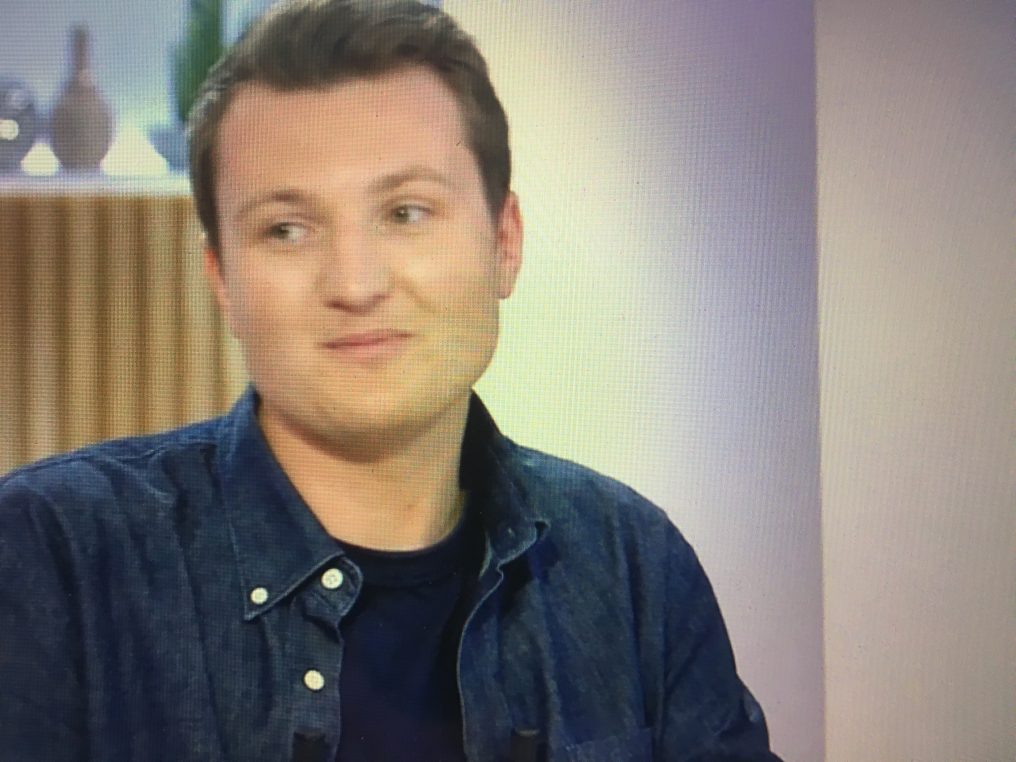 The celebrated hero of the week is Guillaume Rozier, the inventor of covid tracker, vitemadose.com, a 25 year old data scientist trained in Nancy, who created a website for his friends and family who wanted to find a vaccine anywhere in France. He scrutinizes all the centres which have doses and no customers for them in real time and publishes a free map for customers. He has now been thanked by the government and Emmanuel Macron sent him a congratulation message. No money is attached to the website so far and he did it all for the fun of it but he has been hired by Octo Technology who describe themselves as Thinkers and doers. At last a reward from the pandemic. 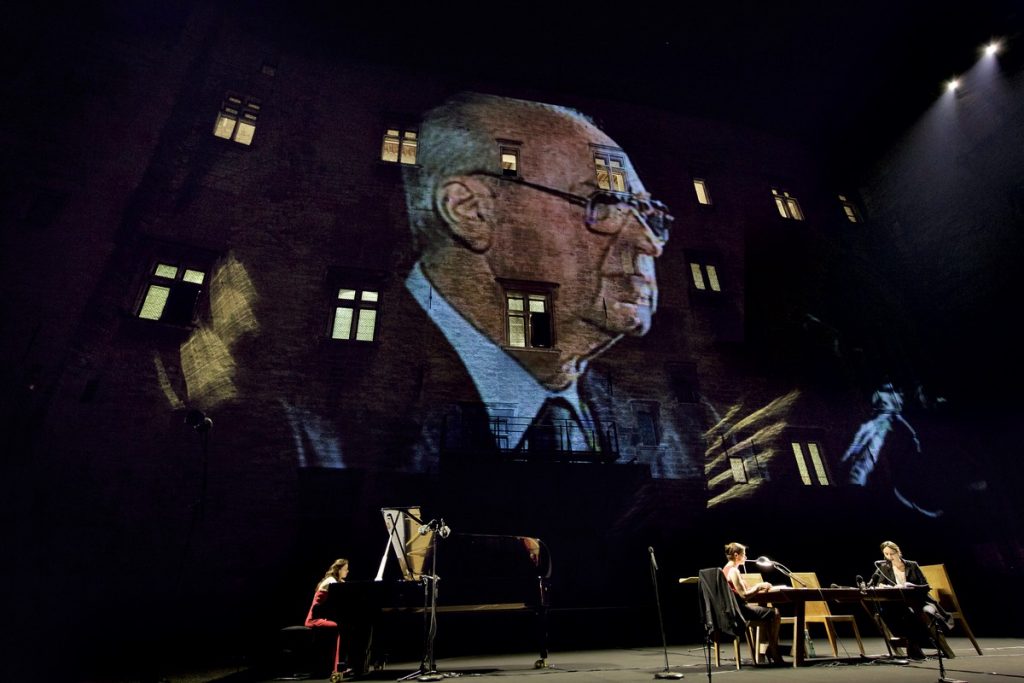 Produced at the Philharmonie in 2018, “The death of Rabin” will be performed 28-29 June at Théâtre du Châtelet

Another lunch took place with fascinating Israeli film director Amos Gitaï, who is touching up a music theatre piece or oratorio of Yitzhak Rabin’s assassination, “Chronique d’un assassinat” at Théâtre du Châtelet on June 28-29. Lighnting is by Jean Kalman, music by Bach, Ligeti, Malher, Ravel with Natalie Dessay. If the show takes place, it will be the launch of the festival season in France and also in Aix en Provence where Finnish lady composer Kaija Saariaho, who lives in Paris, is showing an opera “Innocence” with a libretto by celebrated novelist Sofi Oksanen. The chef will also be a Finnish lady Susanna Mälkki and the director Simon Stone is Australian. 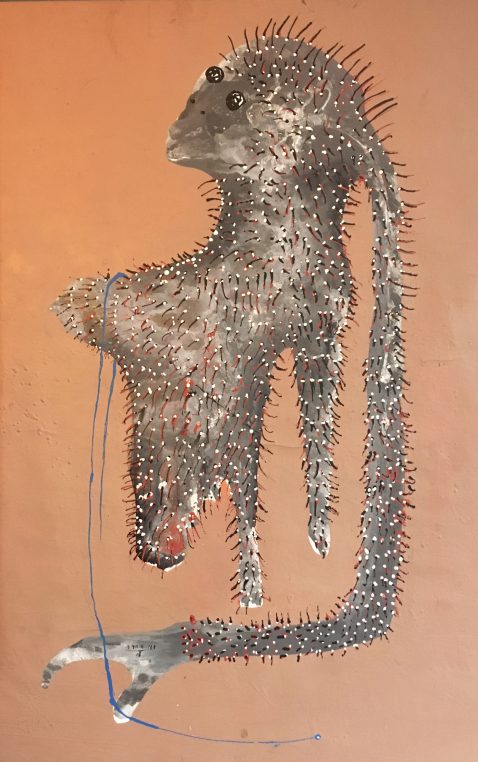 At La Folie Saint Martin, a very special house near the République, which can be rented for parties or seminars, an exhibition of Malian artist Moussa Traoré (not to be mixed with his homonym, the dictator of Mali who died last year) was a reason for a visit. With his exploration of man’s relation to animals, he paints very dreamlike images on traditional mud cloth called “bogolan”. Traoré is inspired by Majorcan painter  Miquel Barcelo when he worked in Mali and explores memory with dense material. His paintings are all for sale through galerie Atiss in Dakar and can be seen at La Folie Saint Martin by appointment. . 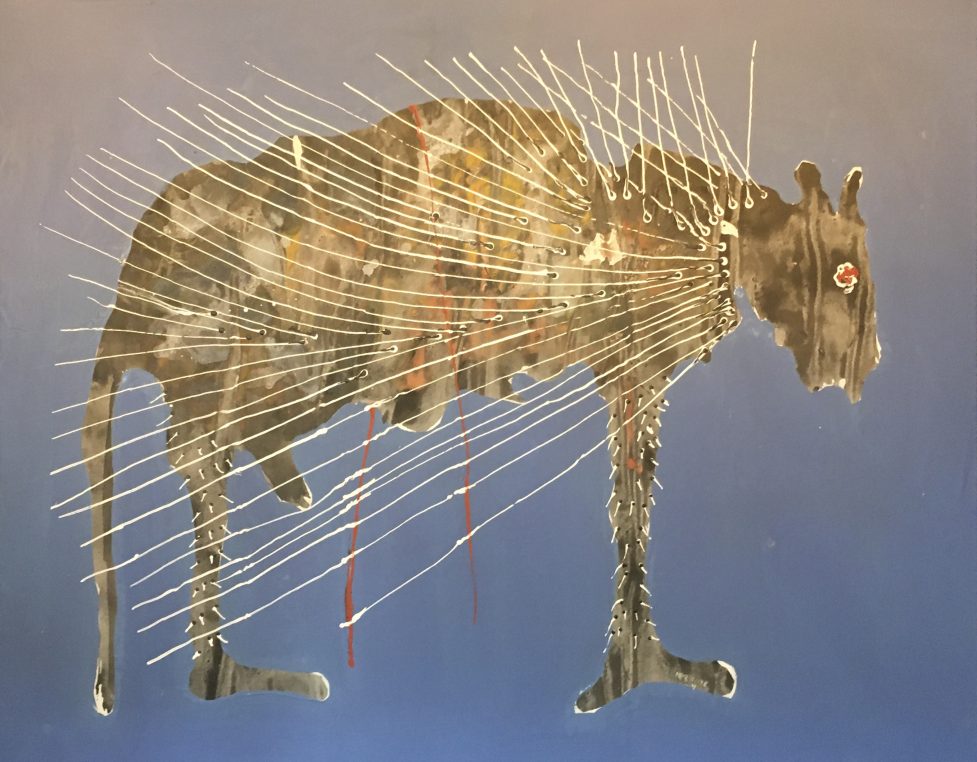 Another epic story is the “Salvator Mundi“, the famous painting representing Christ, bought by MBS (Mohammed Ben Salman), the Saudi Crown Prince, for a record 450,3 M$ in 2017 as a Leonardo da Vinci, exhibited at the National Library in London but never authentificated by the experts from the Louvre. A documentary on channel 5’s broadcast  “Le Monde en face” by Marina Carrère d’Encausse, gave all the details of its recent selling and buying adventures, including a Russian businessman and many dealers in New York, Switzerland and Monaco. The sums of money involved are pretty sickening… especially when you know that MBS also bought a large modern “Château Louis XIV” copied on Vaux le Vicomte, in Louveciennes near Versailles, for 50 M$. And by the way if you are looking for a pretty house inParis, Hotel Lambert, built in 1640 by architect Louis Le Vau, and sold to Prince Hamal Al Thani by the Rothschild family, is again on the market after a ten year renovation. 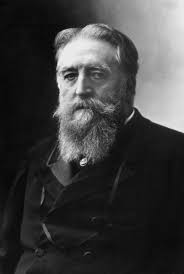 Eugène Poubelle, the inventor of the garbage can in France was a visionary

In Le Parisien on Sunday, I read with great pleasure the story by Charles de Saint Sauveur of the origins of the word poubelle (garbage can in French) which comes from the Prefect of Paris, Eugène Poubelle, who in 1883, ordered all garbage to be collected in 80 to 120 liter wooden boxes with a lid and lined with galvanized iron. And the waste had to be sorted, a very avant-garde measure for the 19 th century. He was nicknamed the “Nero of waste” while all he was doing was following Pasteur’s recommendations to fight diseases. As early as 1890, the name of this clairvoyant prefect was given to the “Boîte à ordures” (waste box) and it is still used today. He was obviously a visionary since he also authorized women to pass the “internat”, the medical exam which makes them a full doctor.

It is now the full season for asparagus and strawberries which used to be THE menu for all chic dinner parties in May when I was a teen ager, going out every Saturday to chic balls. So we eat them almost daily at the moment for lunch around town. Asparagus have to be as fat as possible (for once) and are served with hollandaise sauce or mayonnaise. And eaten with your fingers. 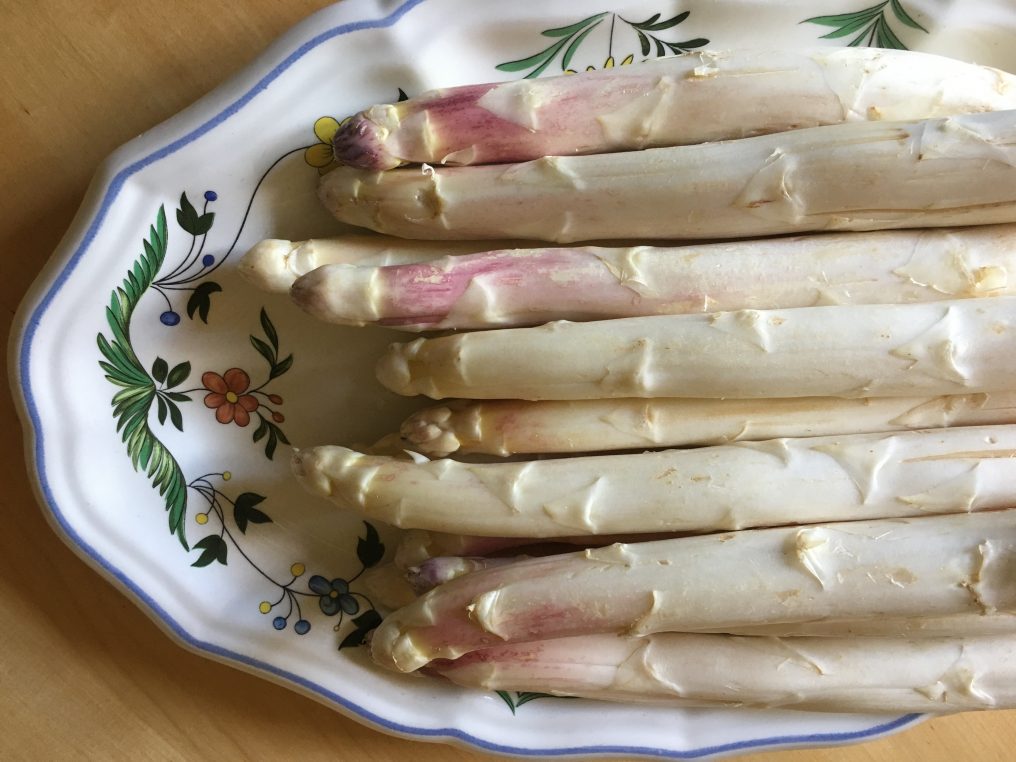 Asparagus are in season

And last but not least, the incredible present I received from a friend who likes to shop at Fortnum’s: a set of three boxes of tea with my name on them. The choice is green tea with blue cornflowers and marigold petals, black tea with pink and white cornflowers. The Fortnum & Mason bespoke blend creator is very imaginative and you can name the teas with the wildest names… What fun. 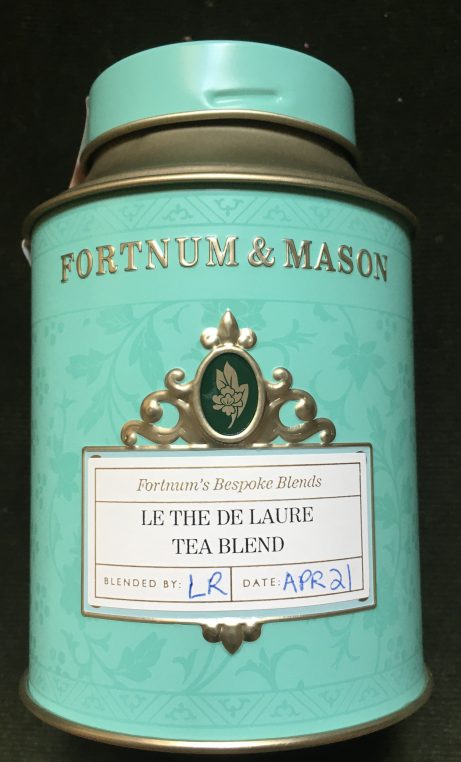 A perfect present from Fortnum’s, a personalized tea for 25£

4 Comments on “Lunch gossips and other important infos”