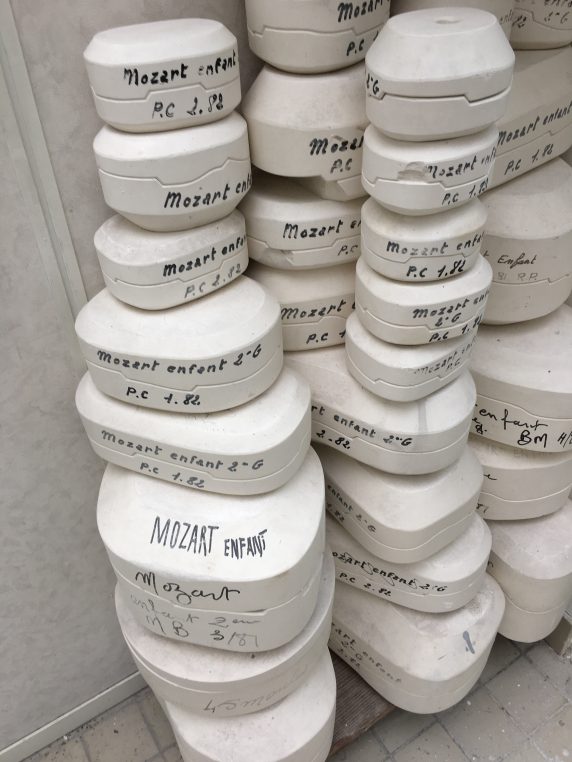 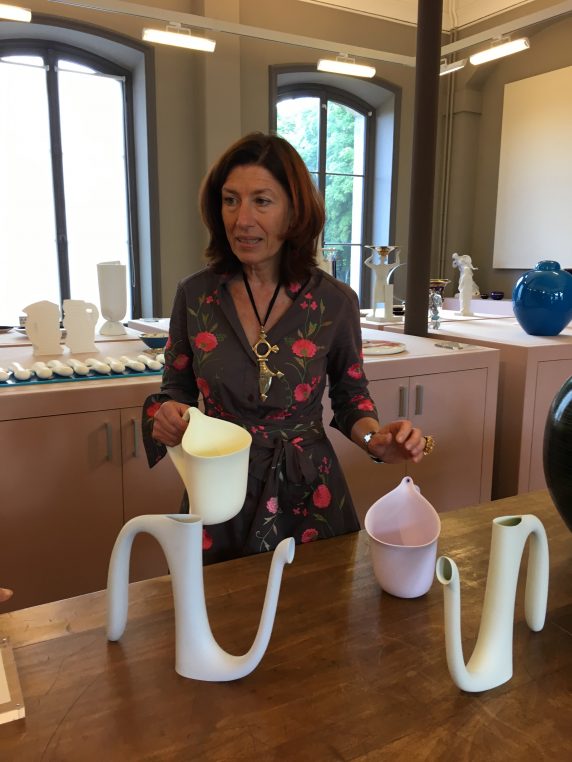 Ombeline d’Arche, with a set of Aldo Bakker Sèvres water jugs for sale in the shop of the museum

It was an incredible privilege to be toured around the Manufacture de Sèvres by Ombeline d’Arche, the commercial director, who has worked there for thirty years! and was telling us about all the new projects developed by the center for French porcelain founded in 1740. I had been to the museum many times of this Royal city just outside Paris on the Seine, where the ateliers were settled by Louis XV th. But this time,  I was able with a small group of art lovers, to see how each piece of old and contemporary china is being made and painted. And so can you if you book. 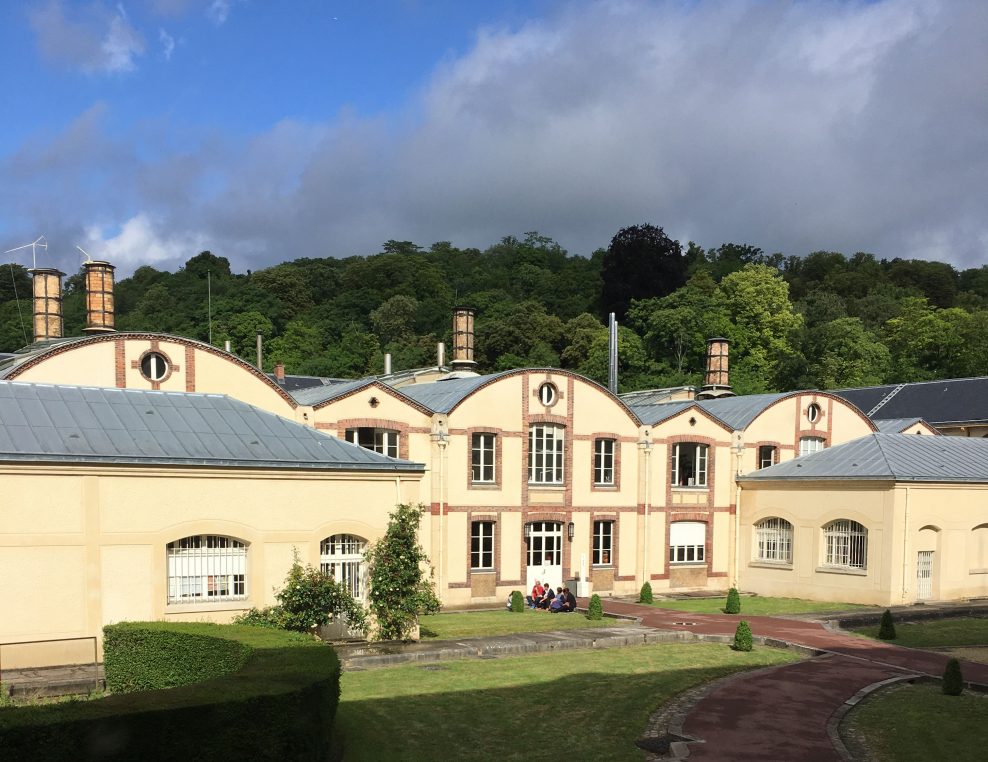 The porcelain manufacture was established in Sèvres in 1756

The accent was immediately put on creativity and partnerships with living artists, some in residence for a year, others on a one shot association. Many old 18 th century pieces are also currently reproduced thanks to the molds that have been preserved and the great technic and talent of painters and sculptors trained on the spot. 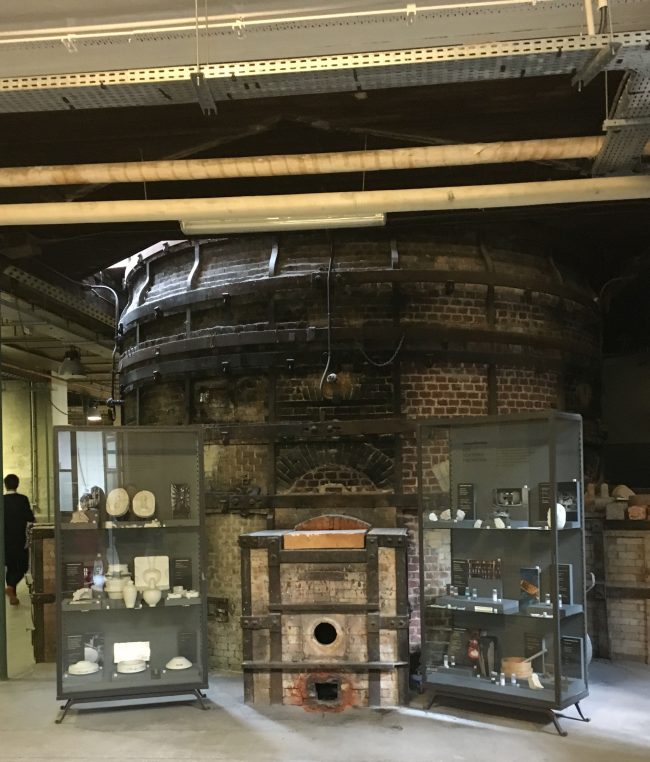 The 19 th century ovens are still in use

Many famous International artists are excited to work with these incredibly skilled artisans. Louise Bourgeois and Pierre Alechinsky, Pierre Soulages, Yves Klein and Ettore Sotsass have all produced works here…  Giuseppe Penone has a project for the Louvre Abbu Dhabi and Sèvres and designer André Dubreuil has realised some porcelain furniture for London clients. 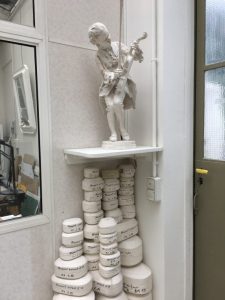 Mozart as a child and below all the molds 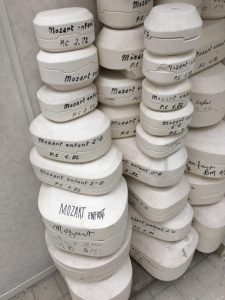 I was particularly seduced by Dutch artist Aldo Bakker’s water jugs which are so fine and well balanced and Andrea Branzi’s tulips. Lionel Esteve will show some painted mirors in October, designer Philippe Apeloig just exhibited  brilliant plates “Tourbillon”  in white and gold which sold out at the Palais Royal boutique.

With its 25 workshops marking each a step in the process of manufacturing with one of the five ceramic paste, its 120 ceramists and 230 employees, the Manufacture produces 3 000 to 4 000 pieces a year of which half are destined to the Elysées palace, ministeries and embassies, the other half is sold. 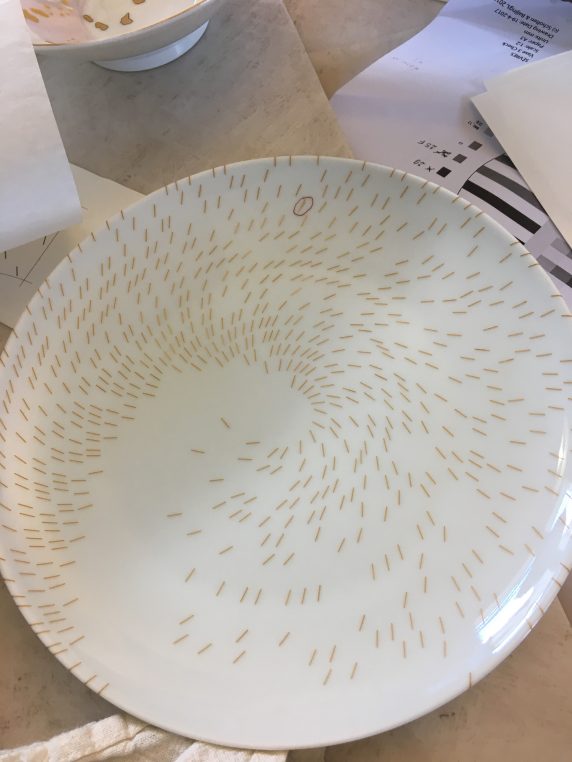 Philippe Apeloig realized this magical plate of the Diane service, decor Tourbillon. The red circle marks a fault in the painting 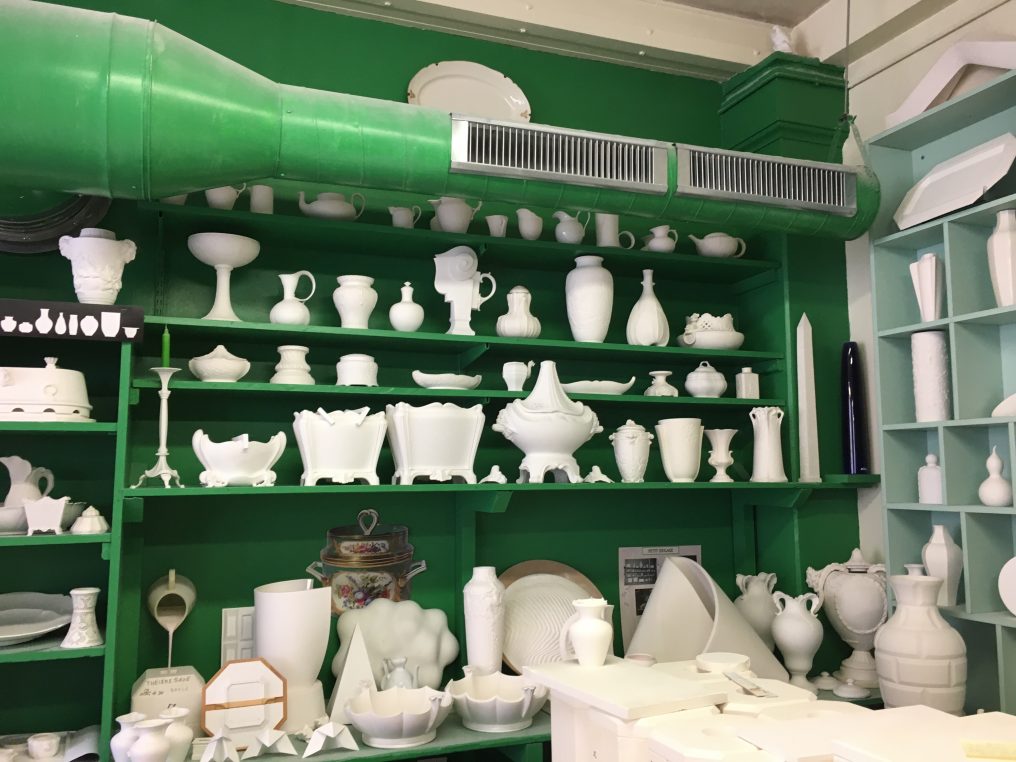 All these porcelain pieces are waited to be decorated. Contemporary models and old replicas are treated with the same care.

I remember having lunch at the French consulate in New York when the then consul general André Gadaud (who just left us last month) exhibited a Sèvres “surtout de table” by Anne and Patrick Poirier representing Greek ruins. It was the most intriguing antique-contemporary work of art I had ever seen. It is still there (probably wrapped up in a closet) and can also be seen at MUCEM in Marseille. Anne and Patrick Poirier are having a retrospective of their photographic work at MEP, Maison Européenne de la photo on September 6 th. 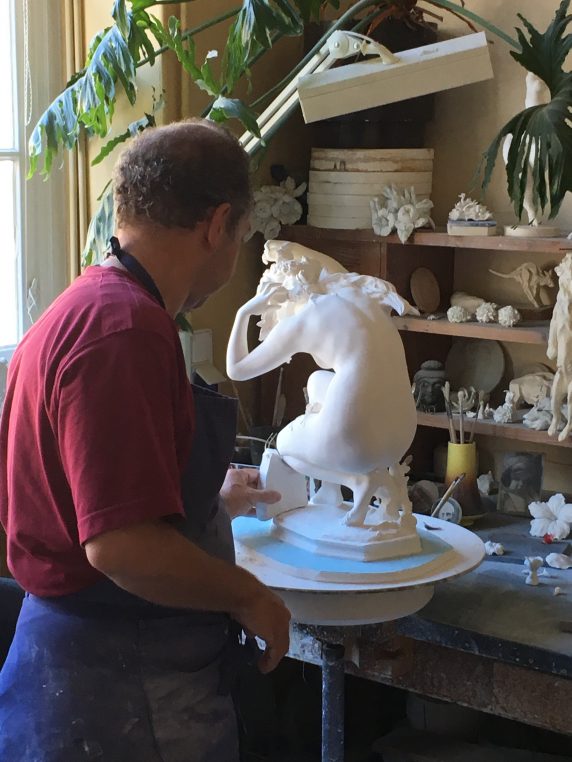 While an old tea pot with egg and snake is being reproduced for 2019, and a Carpeaux statue is being polished for an avid collector, a vase by a Japanese artist is being created.

When Royal Copenhagen and other famous china Royal manufactures have been closed, it is magical to think that such an old place can be kept running and is actively producing new artists. If you wish to visit it you can register for the October 25 or 28 th visits. 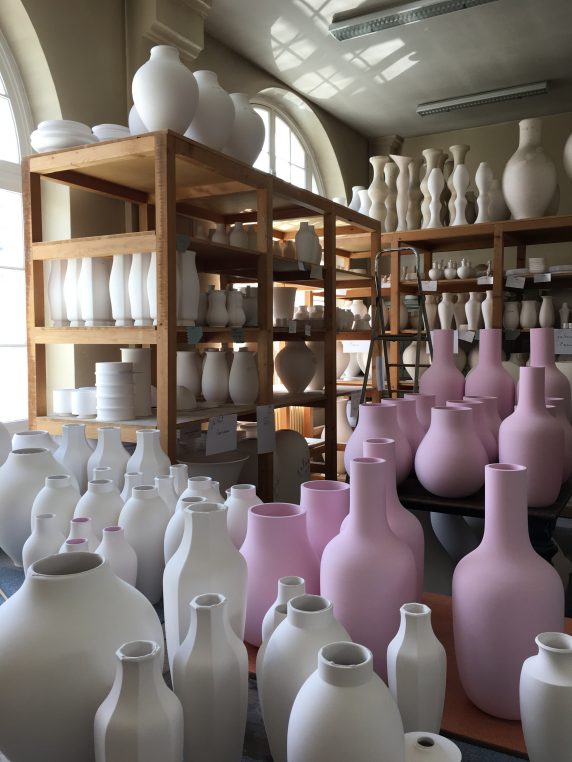 All these vases are waiting to be painted

The museum is open every day except Tuesdays. The next exhibition ” Experience of Color” starts on October 12 th and will feature Theodore Deck, Edmund de Waal, Josef Albers and Sonia Delaunay among many others….

5 Comments on “The Manufacture de Sèvres, a secret visit”