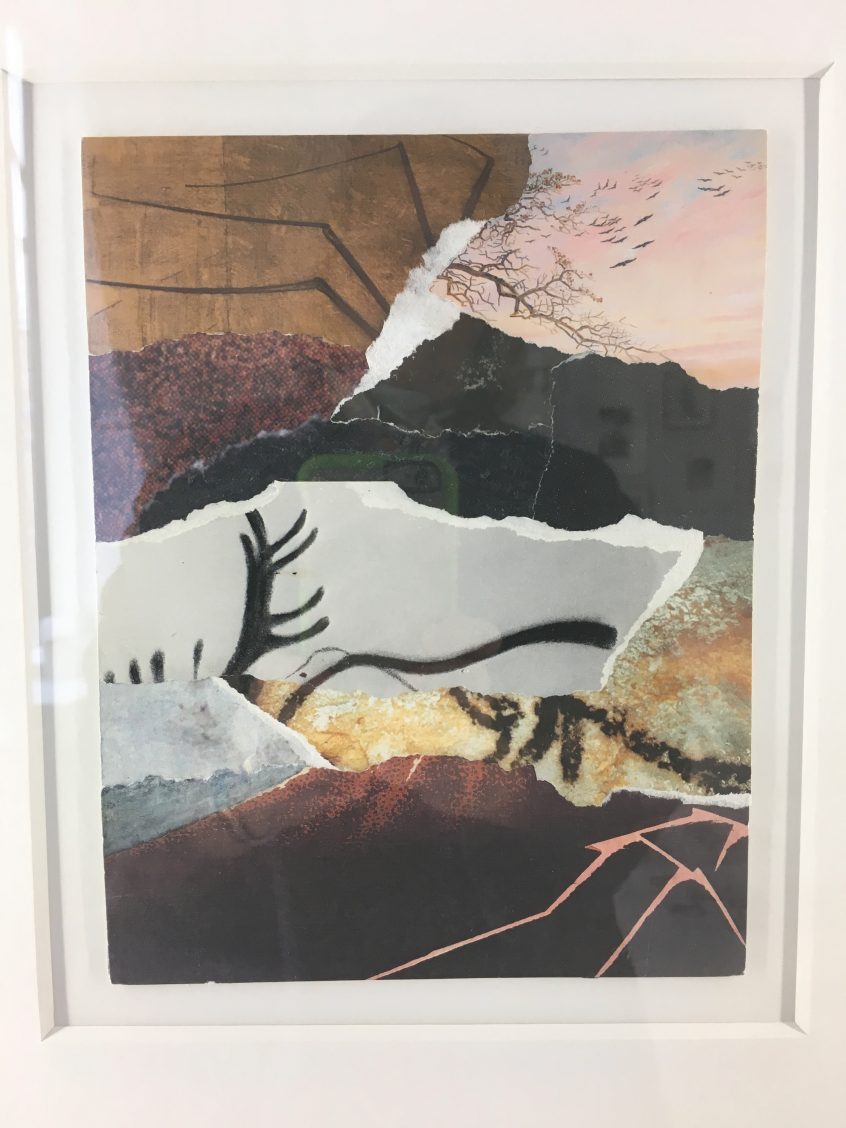 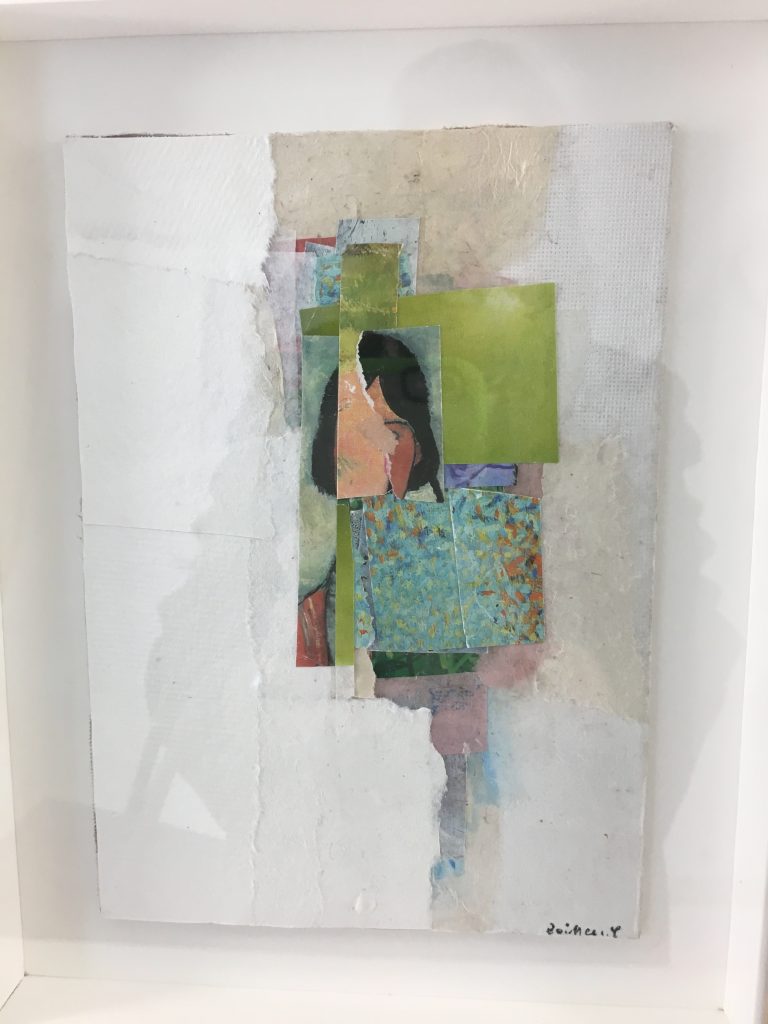 Each collage is a tribute to art history and is a superposition of precious papers, postcards, glue and gouache

It took almost fifty years for Marc Boisseuil to show his paintings, thanks to Marie Victoire Poliakoff who convinced him to exhibit in her delightful Galerie PIXI on rue de Seine and it was worth the wait ! His collages and gouache little paintings are completely charming. It is his own tribute to art history. 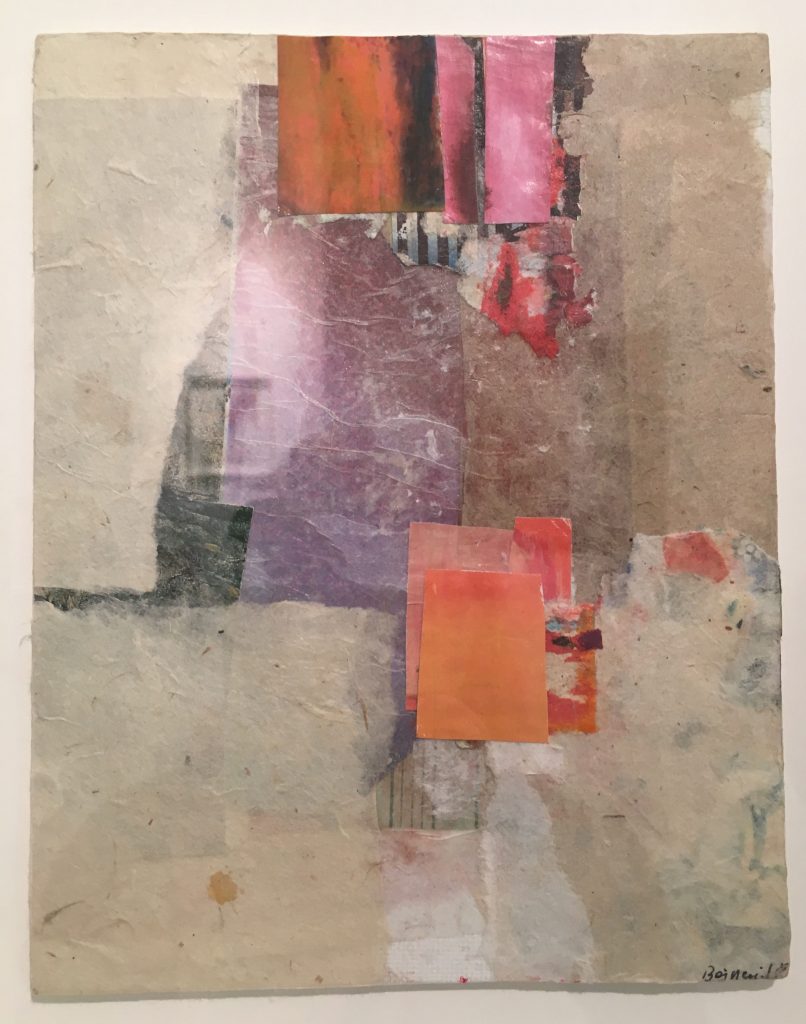 Marc started as a history of art student at Courtauld Institute in London, an original move for someone who had been brought up in Limousin, in the isolated region of Corrèze to be precise, in his parents’ house in Ségur le Château where he now resides. He has spent the last twenty years planting a garden of remarkable trees. 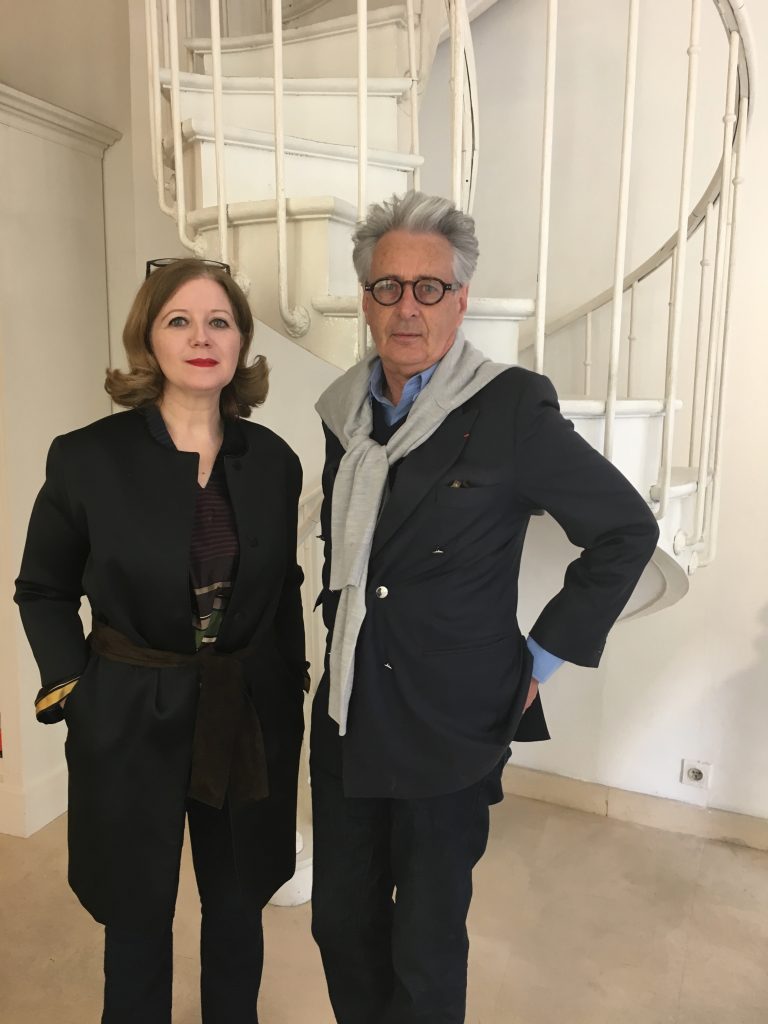 Marie Victoire Poliakoff and Marc Boisseuil just before the opening

As a little boy, he used to collect postcards of paintings and looked at them every day and this is how his passion for art started. When he moved to Paris, his aunt took him out to clubs and parties, where he met a number of photographers who shot portraits of him as a uniquely beautiful boy. These are now part of  Maison Européenne de la Photographie’s collection. 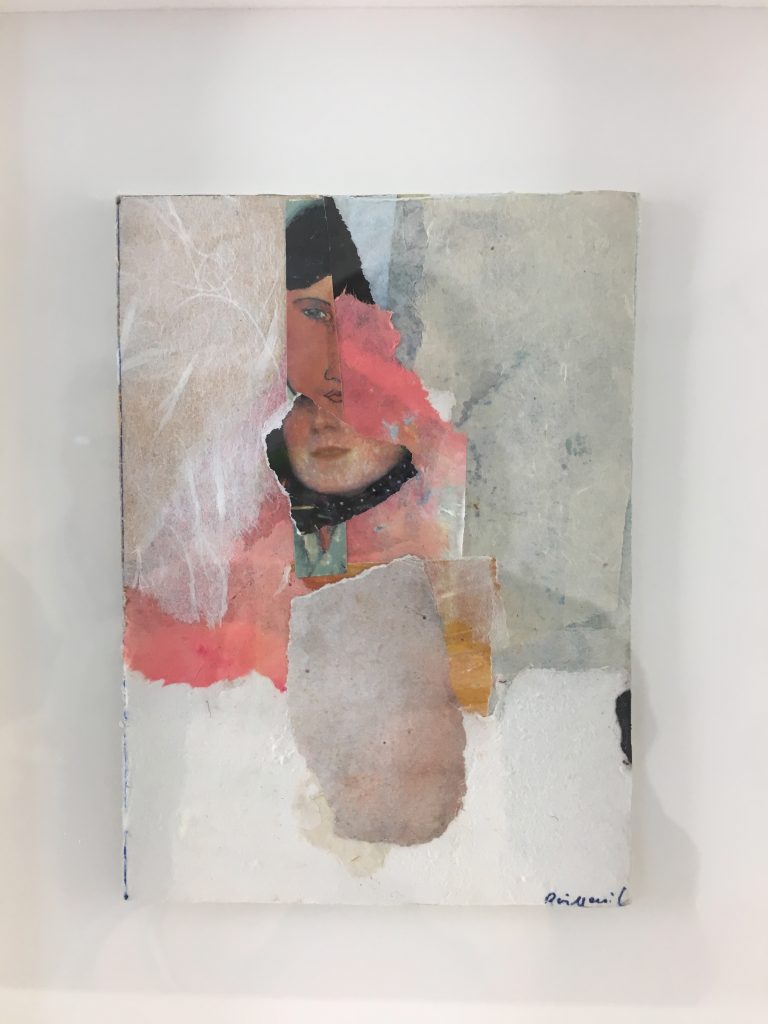 His professional career was spent as the right hand of Jean Charles de Castelbajac, the fashion designer whom he introduced to many artists and collaborators. Typically, Marc Boisseuil always remained in the shadow and built “his own museum ” which he is now showing us in the collages. There are forty of them at Galeri Pixi and they each sell for one thousand euros. Some are smaller than others, some are more abstract. I immediately fell for a pink one reminiscent of Nicolas de Staël which touched my heart. 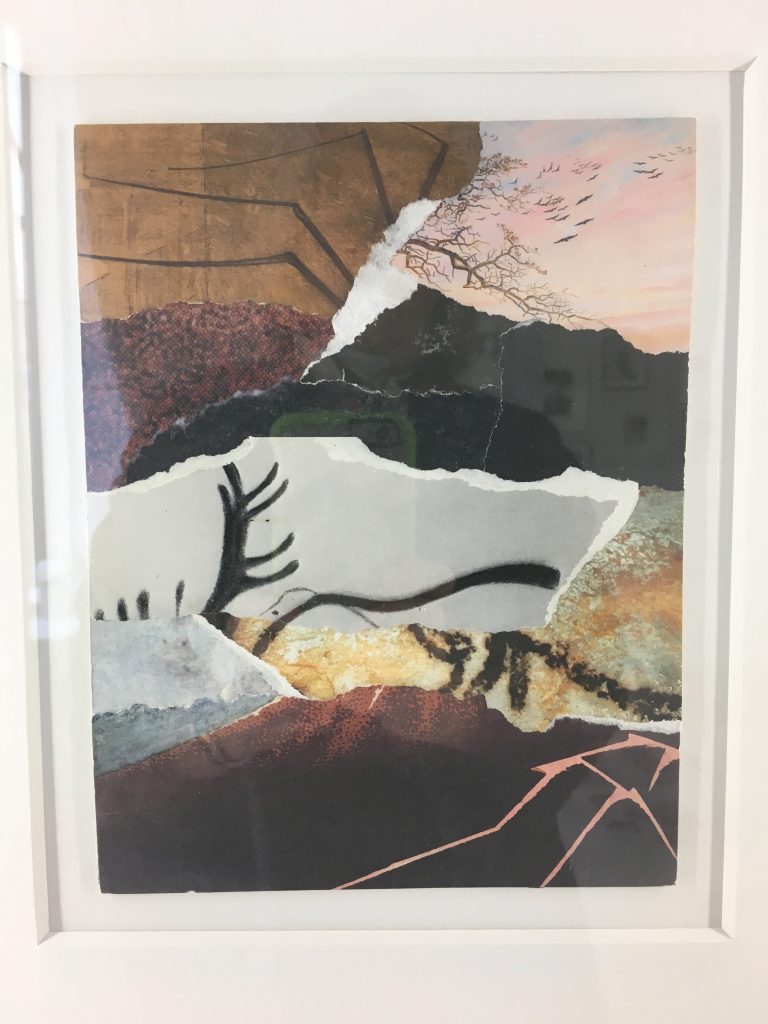 It is his « Love declaration to history of art » says Marie Victoire Poliakoff, the painter Serge Poliakoff’s grand daughter, who runs the gallery. She has known Marc for thirty years and admires the perseverance in his art. « He is so demanding, he will never give up even if it takes him a year to complete a painting ».

When two years ago, he spent a month in Tangiers, he locked himself up in Matisse’s room 35 at Villa de France and worked on his “treasure” of souvenirs collected for so man years. The result was  21 compositions in honor of Matisse.
Marc Boisseuil has met all the greatest artists of the century, Francis Bacon, Keith Haring, Robert Mapplethorp and Jean Michel Basquiat and tells his story in « Ces archers qui tirent dans le noir », a journal published by Ardent Editeurs in 2008. He had never shown his work before. At opening night,  he sold many paintings, and was happy to see that the public had been  waiting for his art. Well done to the gallerist’s work, poetry is around the corner. (until May 6, 95 rue de Seine, Paris 6).