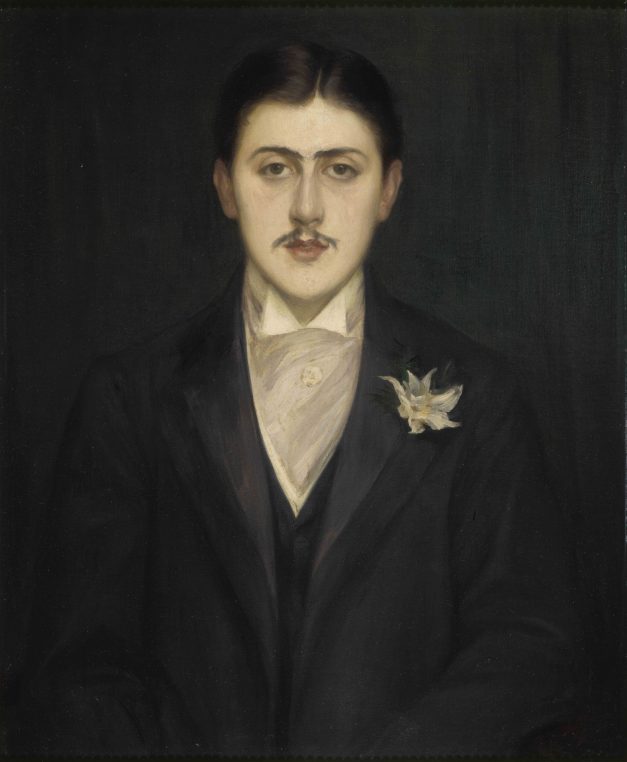 I found the exhibition “Marcel Proust, a Parisian novel“, celebrating the 150th anniversary of his birth at Musée Carnavalet, a little disappointing but it seems to be extremely popular and the small rooms are swarming with visitors. There is a trend on Proust right now and it is as if one felt more clever around him… Since Carnavalet is the museum of the city of Paris, the show concentrates on the Paris of Proust, the boulevard Malesherbes, Lycée Condorcet, Plaine Monceau, Saint Augustin, rue de l’Arcade,  all his favorite addresses of the 8th arrondissement. 280 works ranging from his bedroom to archive films and rare pictures of his parents, try to recreate his world, but probably due to the lack of space, the atmosphere is not there… 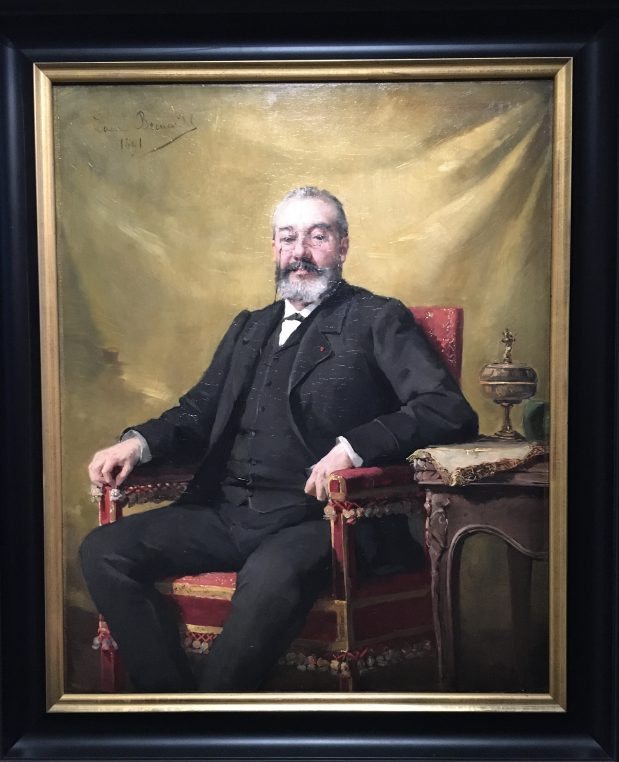 The idea of a show around the Paris of Proust is excellent but I felt a lack of glamour in this world surrounding the author of “Remembrance of things past”, even though I discovered interesting new pictures. The large portrait of his father, a respected doctor who was the son of grocers from Illiers, opens the show. It is painted by Laure Brouardel, one of his colleague’s wife. It shows how prosperous the family had become by 1891,  when Proust was twenty. Then, an unknown (to me) but lively gouache of Saint Augustin Church under the snow, by Eugène Gatien-Laloue, a happy witness of the Belle Epoque, appears as seen from Boulevard Malesherbes with soldiers in front of Cercle Militaire on the right, a bus and carriages. 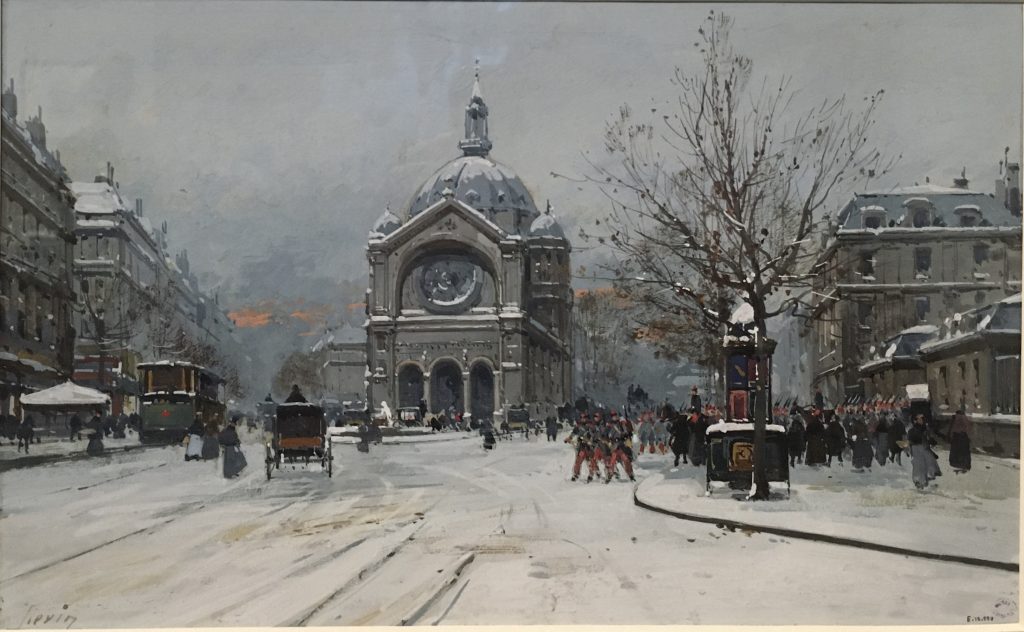 Photos of him with his brother Robert, a future doctor,  show very respectable children as does the painting of his high school, Lycée Condorcet, by Jean Béraud. All these addresses are ten minutes from each other near the Saint Lazare Station and  the Madeleine. It’s interesting to notice that Marcel Proust was born in the 16th arrondissement on 96 rue La Fontaine, just after the Commune, and his parents then moved to the 8th arrondissement  at 8 rue Roy. He also moved to 45 rue de Courcelles, near the Plaine Monceau where the Camondo, Ephrussi and Pereire had built their private houses.  Then to 102 bd Haussmann but he died in the 16 th arrondissement at 44 rue Hamelin. His whole world was set on the right bank with Hotel Ritz, Larue on rue Royale and the brothel of rue de l’Arcade. 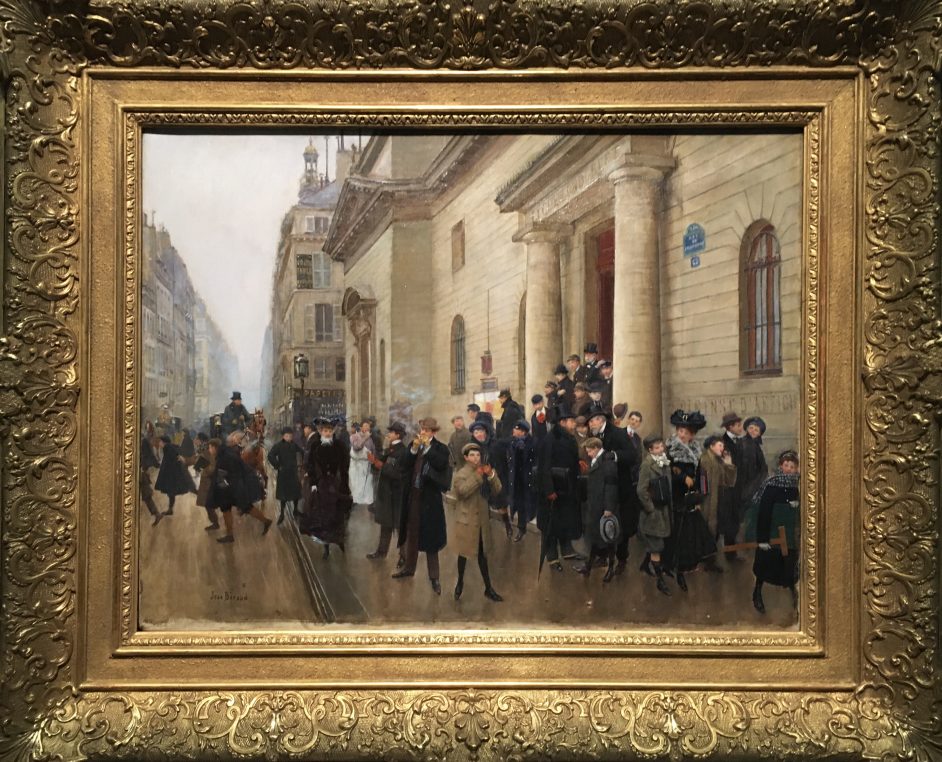 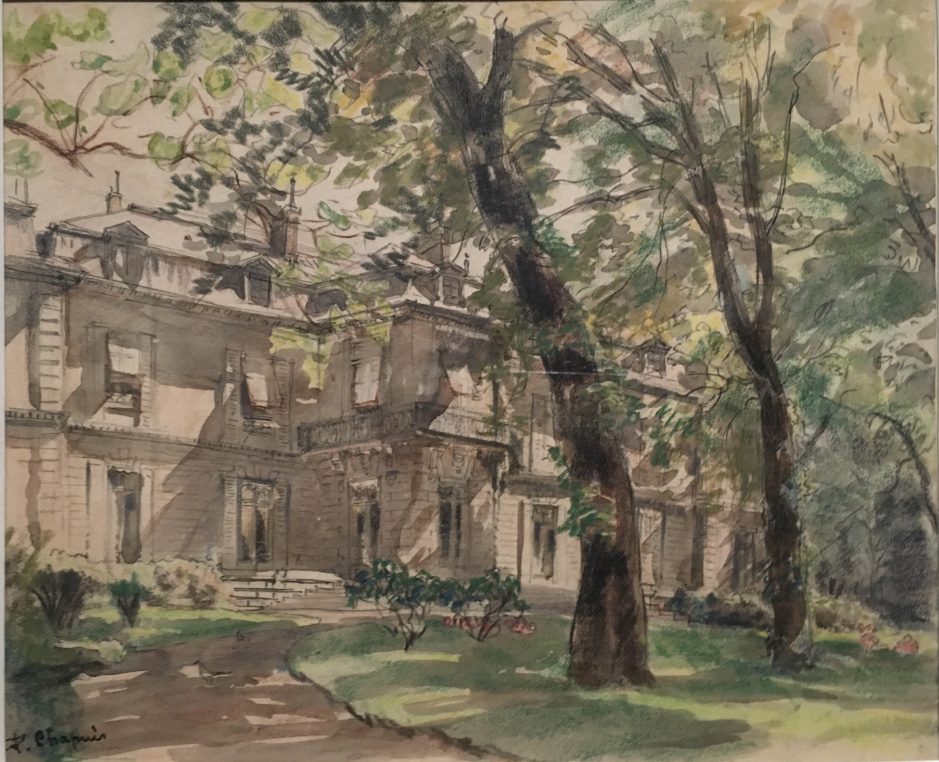 Count Greffulhe’s private house where the Countess (one of Duchesse de Guermantes’ models) received daily the height of French scientists and politicians, was located a few blocks from the Madeleine and Proust haunted the surrounding streets. It is the first time I see a painting of it and the balcony painted by René-Xavier Prinet, with a lady seen from the back with her red hair in a chignon, could have been that of  Elisabeth Greffulhe. I enjoyed seeing a photo of Librairie Fontaine at 50 rue de Laborde which was more glamorous than today, but it has remained a center for Proust’s books, and numerous atmospheric paintings by Jacques Emile Blanche. 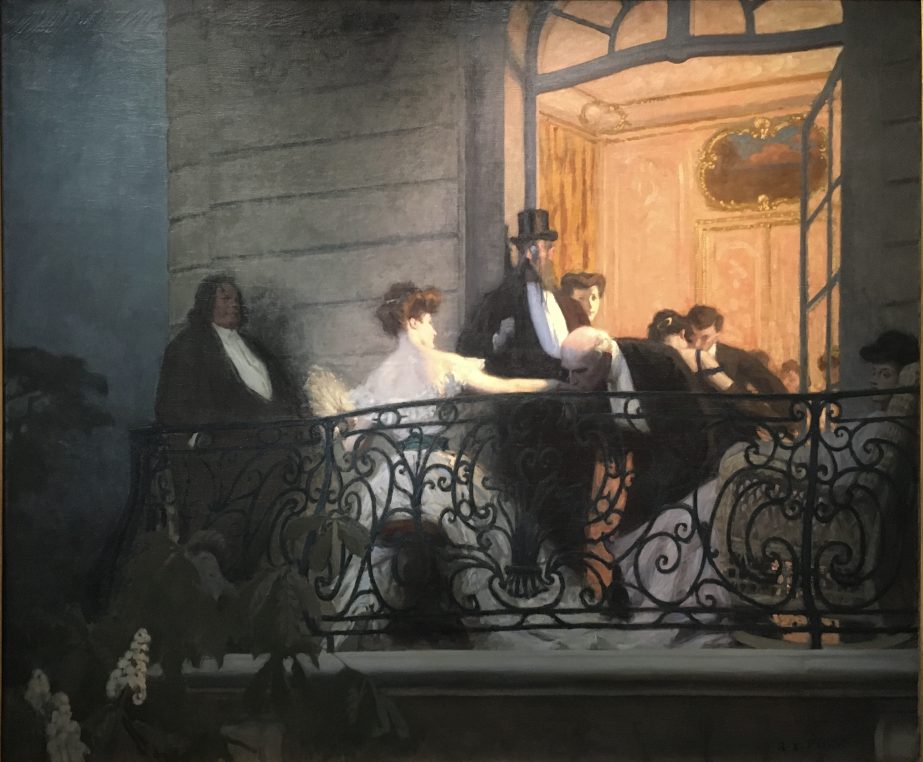 Why was I disappointed? Probably because the series of little drawings and paintings, as qualitative as they are, do not reflect the grand decors in which Proust created his mythic world. Hotel de Masseran where Etienne de Beaumont (and later Liliane de Rothschild) entertained, Madame Verdurin’s salon, Duchesse de Guermantes’s house… There are some treasure documents like this picture of Proust at 21, with his tennis friends. Who would have thought he ever played tennis? All the greatest specialists of Proust have contributed to the exhibition, Luc Fraisse who edited for Editions de Fallois his unpublished manuscripts and Jean Yves Tadié, author of his biography with Gallimard. 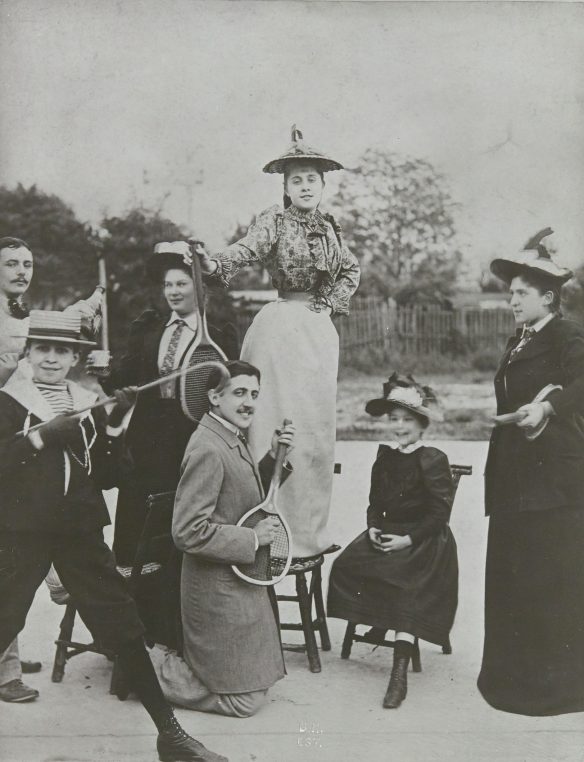 There are numerous archive films and manuscript letters where one is always moved to see his handwriting. The exhibition is a good way to get the dates of Proust together thanks to a synthetic presentation by Fraisse but it is probably more intellectual than visual. He died very young at 51, met Montesquiou at 22 at Madeleine Lemaire’s salon, moved a considerable amount of times but spent most of his life in Paris with a few outings to Illiers, Normandy and Venice. 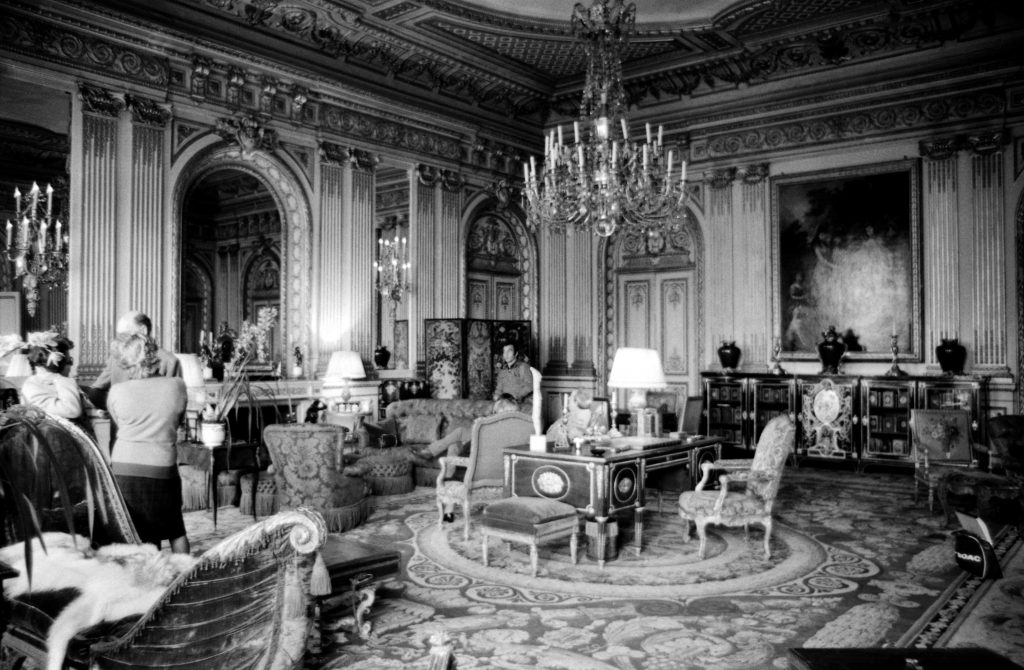 Musée Carnavalet, which is worth a visit anyway for its new archeological rooms downstairs, shows in its permanent collections a room around poetess Anna de Noailles. You need to book before visiting. Until April 10.