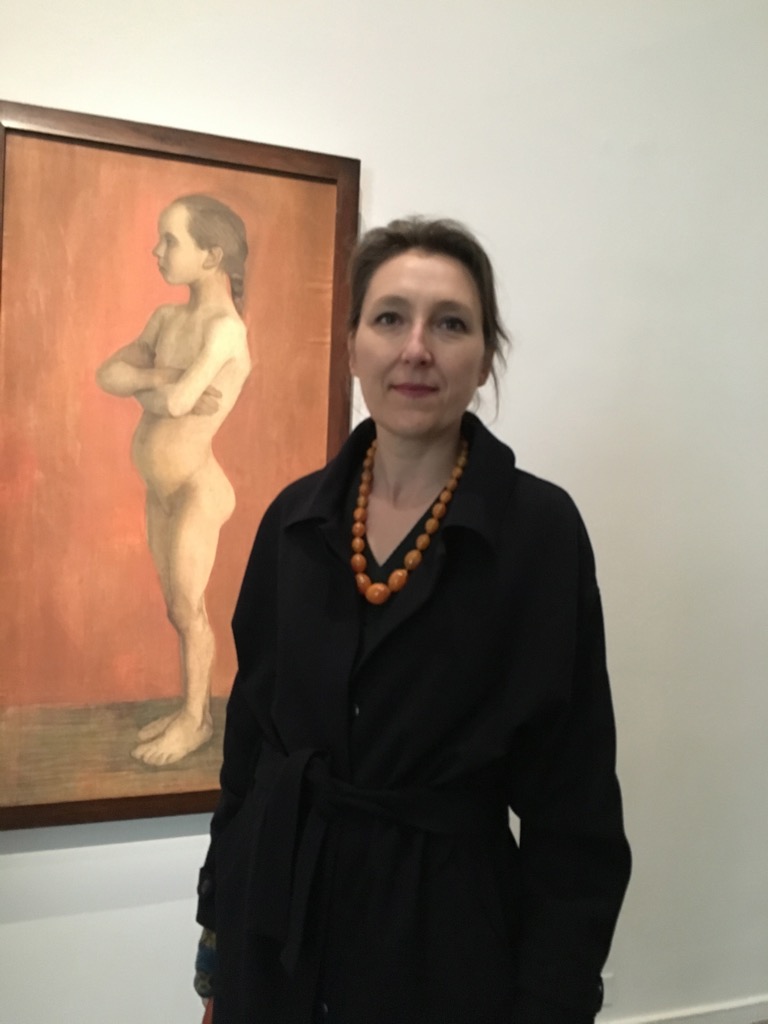 Novelist Marie Darrieussecq in front of “Standing girl nude, turned to the left, arms crossed”, 1899. She is wearing an amber necklace similar to that of the painter

It’s always moving to discover a new artist who has been dead for over a hundred years. Paula Modersohn-Becker, was born in 1876 in Germany, lived in Bremen and Berlin, but spent a lot of time studying art in Paris. She died at 31 and is mostly collected in Germany. This is the reason why her first exhibition in France, at Musée d’Art moderne de la Ville de Paris is an event. Julia Garimorth, the curator, and Marie Darieussecq, her French biographer, have united efforts to rediscover this courageous artist. They were both guiding the visit at the opening. 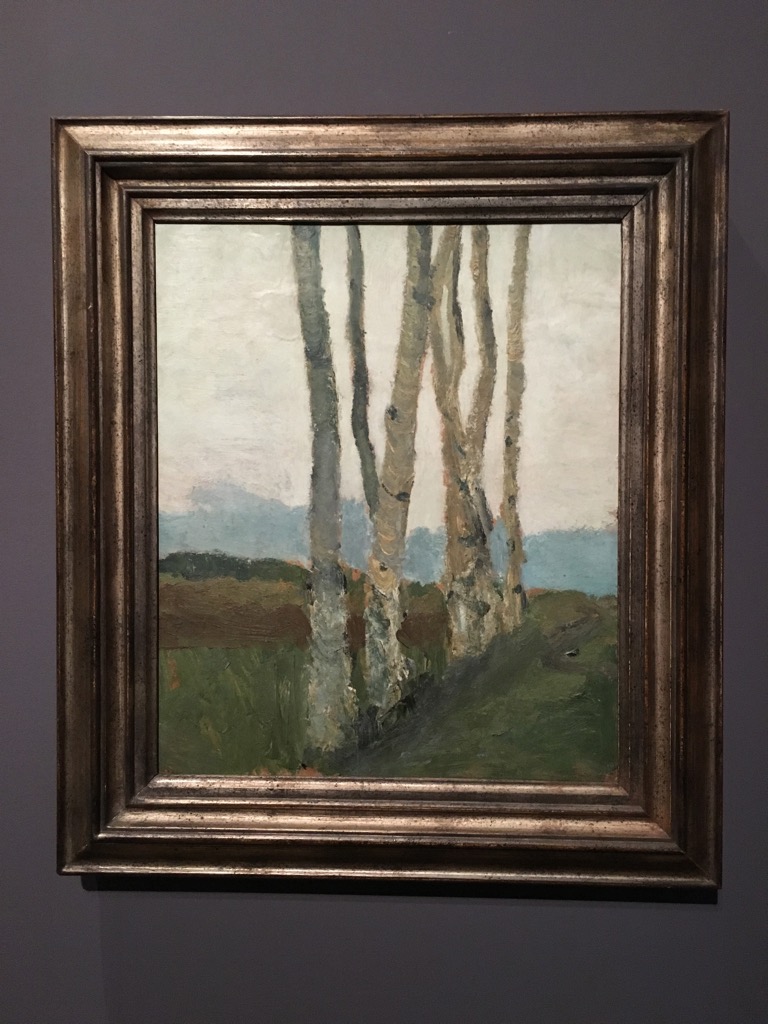 Her work is dark and stern, At 23, she declared in a letter to her parents « I can feel I terrify everyone but I don’t want to give up ». Her art is her unique obsession and she lives a solitary life in Paris. When she maries Otto Modersohn, a widower and an artist, she keeps spending long periods of time at Académie Colarossi, in Montparnasse and goes regularly to the Louvre where she copies masterworks and discovers the portraits of Fayoum. She also sees Cézanne’s still lives at Ambroise Vollard’s gallery. And meets Rodin. She loves her new freedom of life. 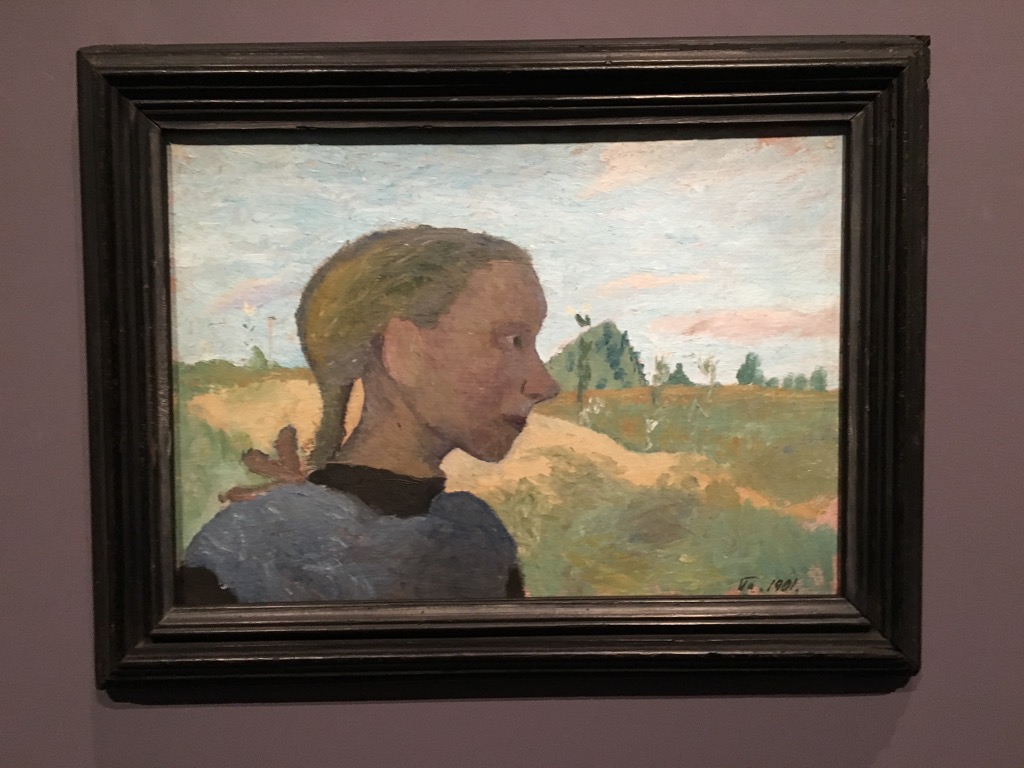 In ten years of painting, she only sold 3 works but when she died, she had produced over 750 paintings and a thousand drawings. Since she had no public, she felt free to experiment and of course, produced many self portraits, including a series with an amber necklace, which are all hanging together in the show. At the opening Marie Darieussecq was also wearing one…how sweet !

Three self portraits with amber necklace

Sculptor Clara Westhof and poet Rainer Maria Rilke were close friends and there is a dark portrait of each in the show. The Nazis made sure to classify her pairings as degenerate art. It is now fully rediscovered. 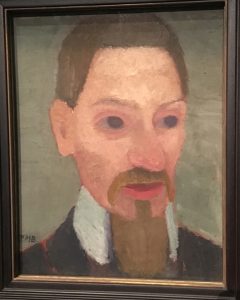 Thanks to a collaboration with the Louisiana Museum of Modern Art  near Copenhagen which showed her work in 2015, and Marie Darrieussecq’s passion for this forgotten artist, Fabrice Hergott, director of the museum, was daring enough to organize this exhibit. And the Modersohn –Becker foundation fully collaborated.