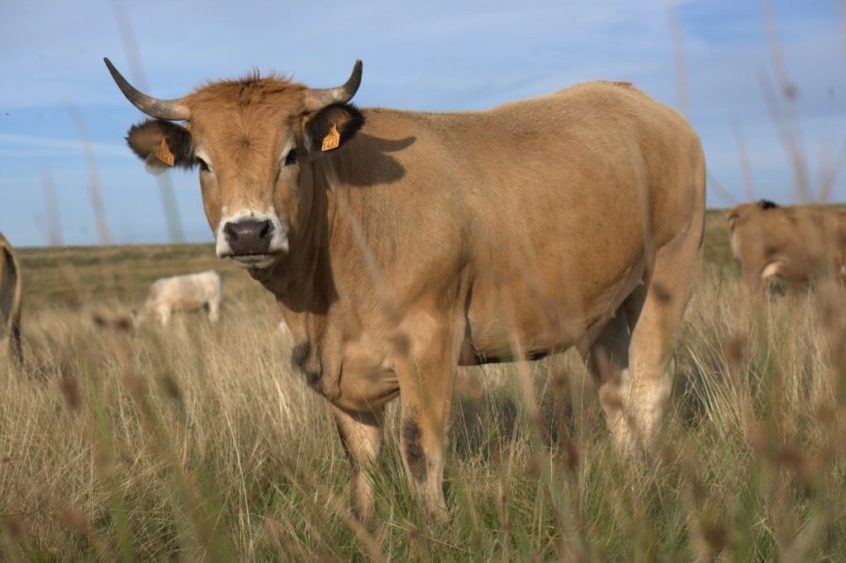 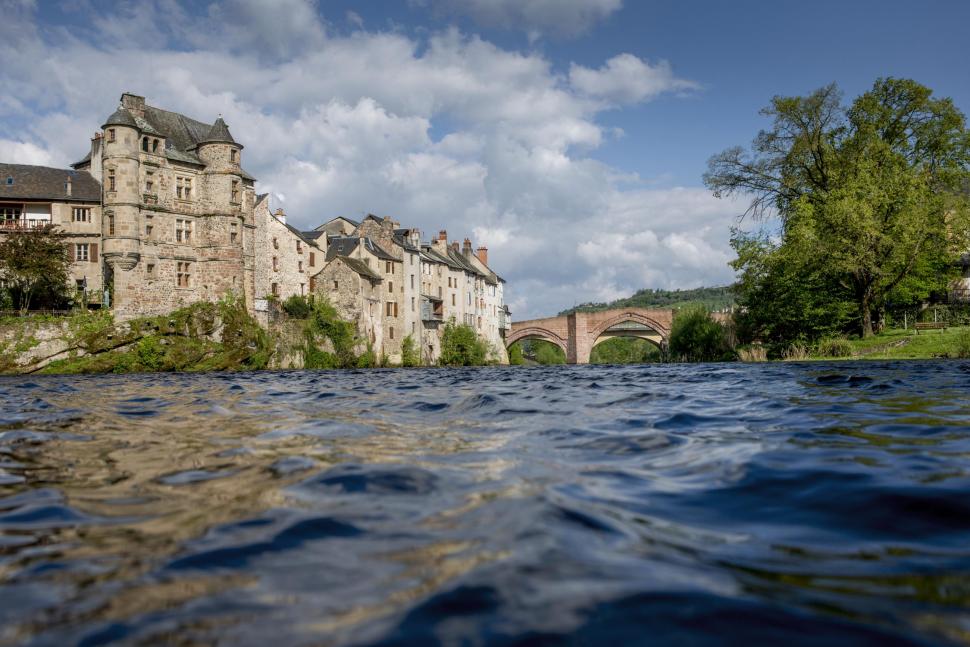 There is nothing I love most than getting into my small car and driving away from Paris. This time, I got really lucky and managed to see areas totally unknown to me like the Morvan (South of Vézelay) in Burgundy, and the north of Aveyron, along the Lot valley. I had a chance to compare Charolaises and Aubrac cows, the Autun cathedral, the Chartreuse in Villefranche de Rouergue  and Conques’ abbey with its stern Soulages stained glass. And to taste such specialties as aligot and farçou. I even spent a night in a hotel for 20 €, which was full of interesting travellers. Here is the itinerary to heaven. 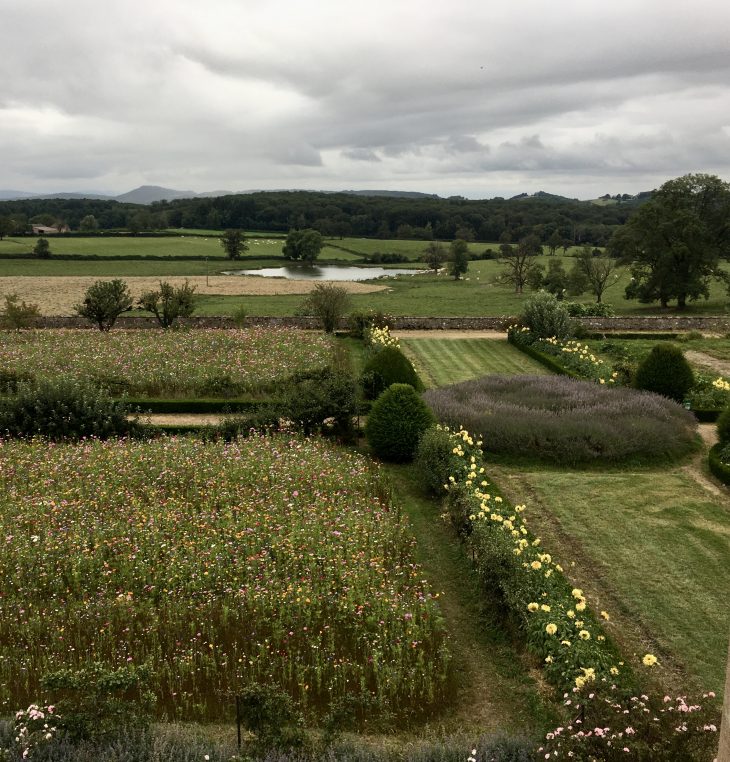 A row of yellow dahlias borders the square where wild flowers are planted and in the back, charolaises cows enjoy the very pretty pond designed in the 18th century in Blismes

It started with Chablis, the delightful vineyards for white wine, where I bought a few cases at Lamblin, on my way to Château de Maulnes, advertised as the ultimate Renaissance pentagonal castle with five towers. The two idle shopkeepers were so disagreeable (I obviously was the only visitor for quite a while), that I looked at the restoration of the walls and fled. Then I went to Ancy-le-Franc, the castle where the memorialist Elisabeth de Gramont, then Duchesse de Clermont Tonnerre, lived a bored life and it was closed on Mondays…

So when I arrived in Blismes in the most lovely garden of dahlias and roses, my relief was huge. I was taken to see château de Chassy, Balthus’s abandoned castle looking over a very romantic valley and visited the fascinating musée du Charolais in Moulins Engilbert, where you learn everything about raising the perfect beef. The prettiest castle was the 17th-19th century château de Chitry les Mines and its painted West gallery with mythological scenes which can be visited until September 15. 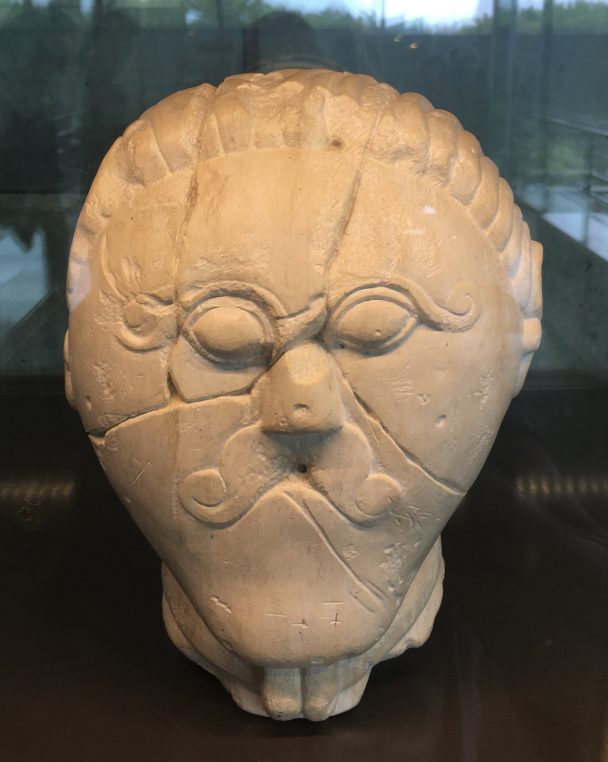 But the true discovery was being taken to Mont Beuvray, to learn about the Aedui city of Bibracte founded in the Iron Age and where Caesar fought a battle against the Helvets. François Mitterrand, then mayor of Chateau-Chinon, initiated there a very pretty archeological museum. You not only have the best views of the area from the hill (you can take a minibus to climb it) but you also enter a world of Celtic and Roman civilizations which show how important this now forgotten region was in the past, at the crossroads of Italy and the Flanders, near the city of Autun where you find more treasures at Musée Rolin. 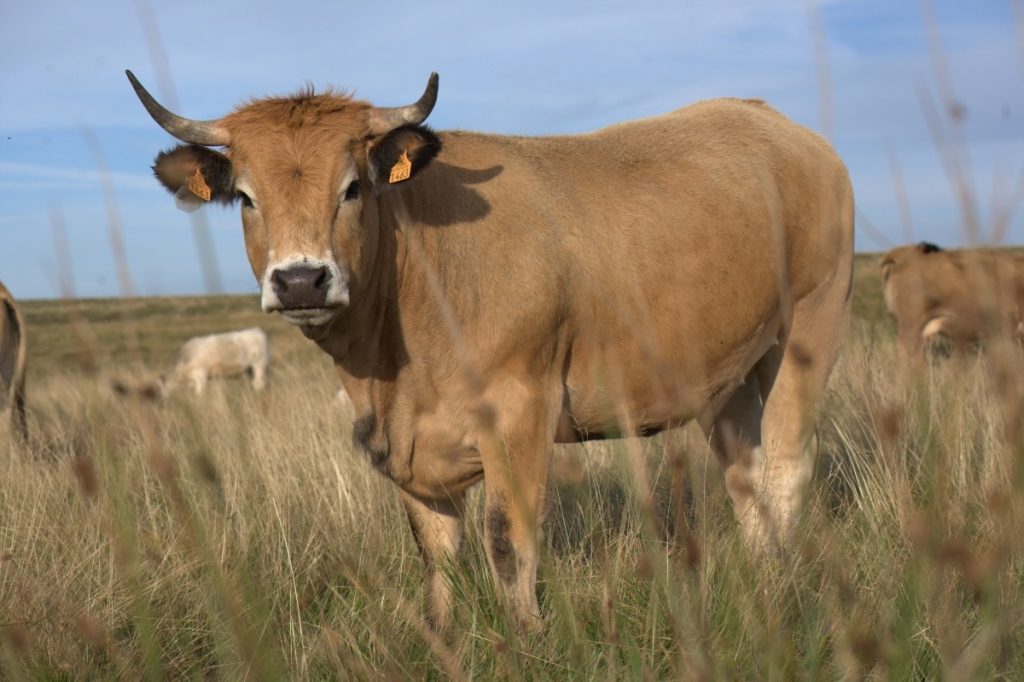 A cow from Aubrac in northern Aveyron

I drove through Moulins into Aubrac, north of Aveyron, on a high road culminating at 1100 m. Laguiole and Espalion are the two star cities of this volcanic area, where many Parisian chefs come from and whose hardworking inhabitants own half of our cafés. Sébastien and Michel Bras (now also at Collection Pinault) and the Costes brothers were born there while Cyril Lignac was brought up in Rodez. 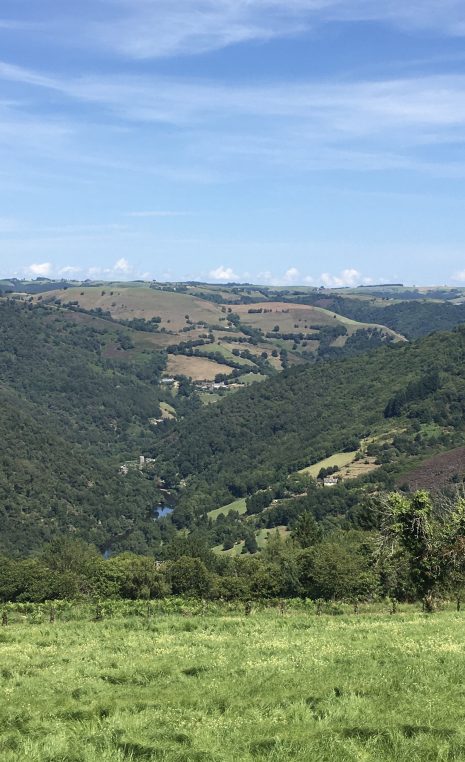 The countryside around Conques along the Lot, is the model for landscapes painted by Jean Michel Bacquet

Driving along the Lot valley into Conques, the church founded by the hermit Dadon in the 8 th century, is a sinuous way where you cannot ever reach the speed limit of 80 km an hour and where you meet multiple Santiago de Compostel worn-out pilgrims. It is overwhelmingly beautiful. And I was lucky to be chauffeured around by Jean Michel Bacquet, the artist who exhibited at Galerie Documents 15 last June and he showed me the views he spends years painting at sunrise or sunset around the abbey. We had a delicious farçou at café Solomiac, in Grand-Vabre, a sort of thick pancake made with chard and all sorts of herbs, a specialty of Aveyron I had never heard of. 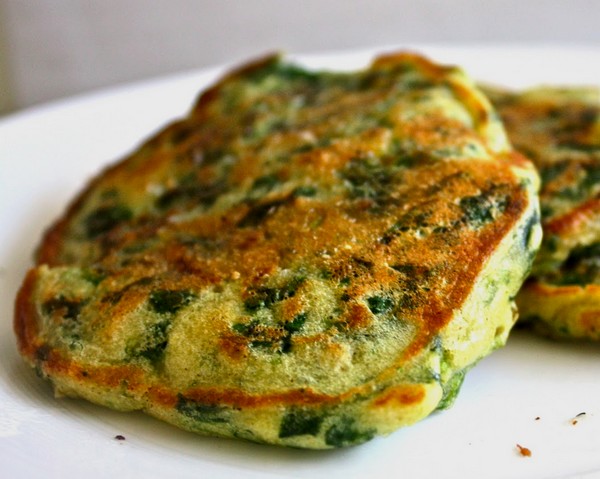 There was more slow driving into Villefranche de Rouergue, where the largest cloister in Europe awaited me at the Chartreuse and a charming baroque Chapelle des Pénitents noirs in the center of town. The city is asleep but not for long: its medieval arcades and multiple pastry shops are bound to attract a new generation of trendsetters. It is incredibly attractive. 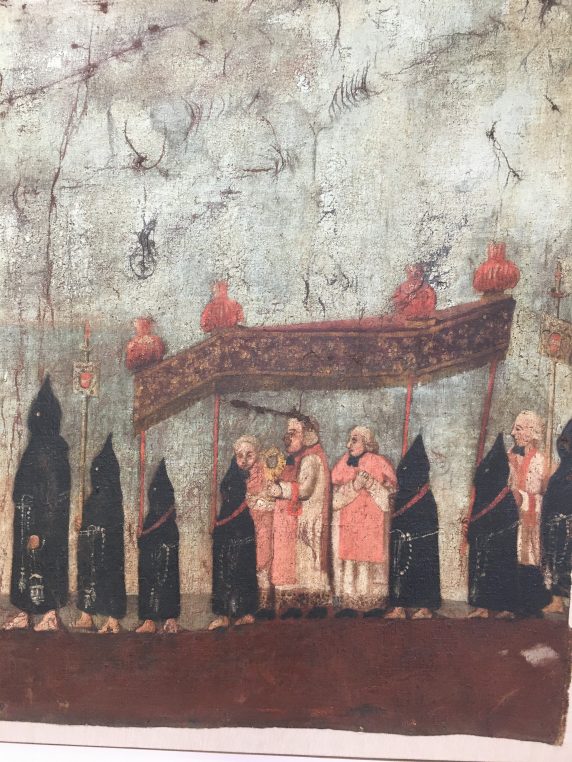 Procession of “the Black Penitents” a group of 300 rich penitents in Villefranche de Rouergue who played music on a “snake”, a wind instrument. (detail of a painting in three parts) Anonymous, XVIII th century, Musée de Villefranche

The penitents paraded in the early 17 th century through town masked and with black outfits to encourage everyone to repent. They built a beautiful baroque chapel with rich paintings and a gilt wooden altar. After loving the market on the main square, I visited the largest cloister in Europe at the 15 th century Chartreuse, a former Carthusian monastery, on the other bank of the river Aveyron. The church is adorned by (good) large copies of Nicolas Poussin and has an exceptional series of stalls in sculpted wood. 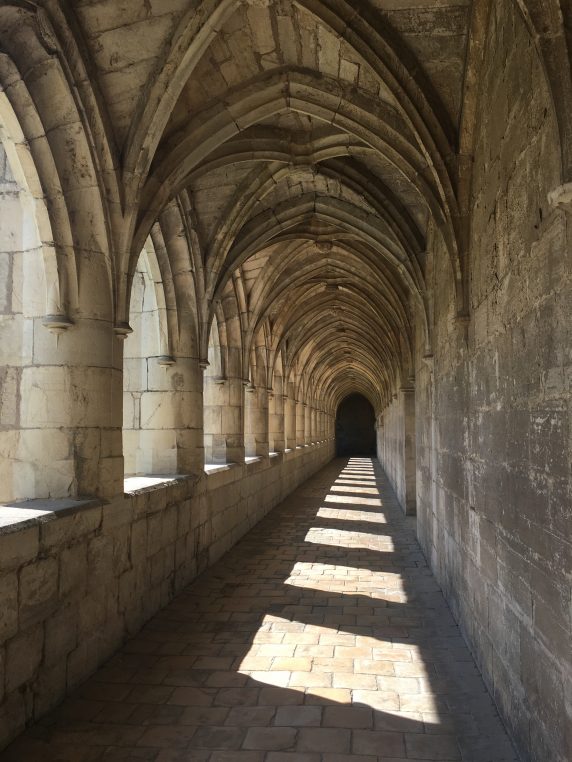 I ended my ten days away from real life in Berry, near Bourges where beauty and refinement expected me at Château de Jussy, a “jardin remarquable” which can be visited every day for 5€ until September 30. The alfalfa was being harvested and plantations of rare trees and mixed borders were giving the place a new youth. This early 17 th century brick and stone castle is on Route Jacques Coeur and is worth a detour. It has kept its soul because it is still lived in and very well cared for. 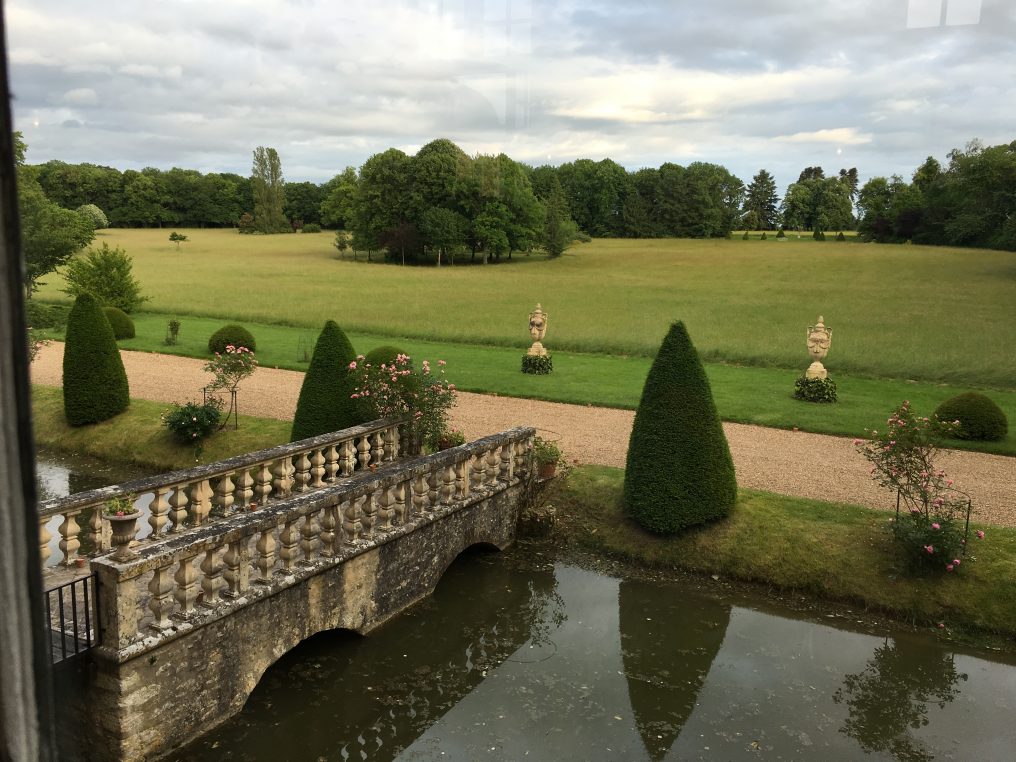 The “jardin remarquable” of Jussy

I travelled at the high season in August and never ran into any traffic, crossed numerous forests and fields with cattle and harvests. This shows that in 2021, you can still have a holiday in civilized wilderness in France. What a relief!